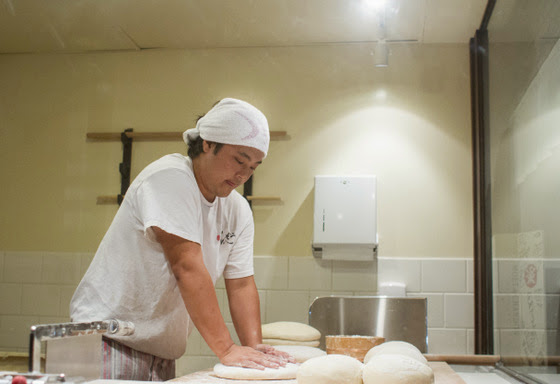 On a recent trip to Los Angeles, I just had to stop by and try Marugame Monzo, the recently opened restaurant that specializes in handmade udon noodles. 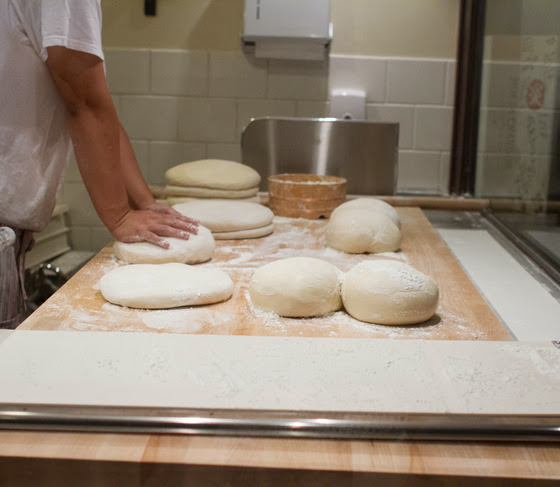 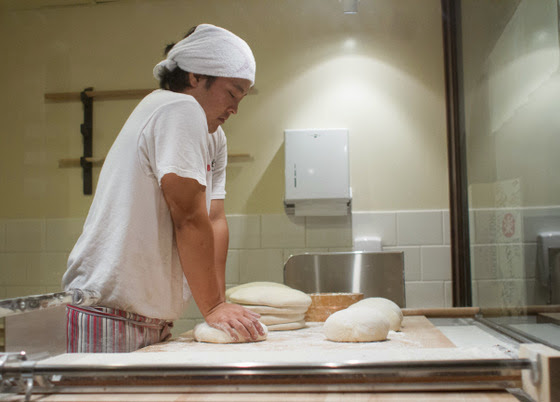 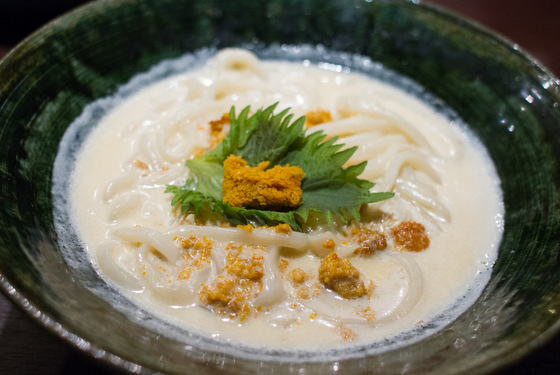 This is one of their most popular items and the one I was most looking forward to trying. Be warned, it’s not on the lunch menu but it is served during lunch as long as you ask for it. The sauce was creamier and lighter in color than I expected. I had imagined a sauce made mainly of sea urchin, but instead it was mainly garlic and cream, with little bits of uni floating inside. I wonder if my version was a little off from the standard one because the sauce looked a lot lighter than other photos I’ve seen of the dish.

I enjoyed the handmade noodles, which were bouncy, slippery and slightly chewy. The sauce was too heavy handed on the garlic for me and I felt like the noodles were almost drowning in the sauce.

The bowls were quite large and deceptively deep. From the surface, it doesn’t seem like a huge amount of food, but there is a good amount of noodles buried underneath. 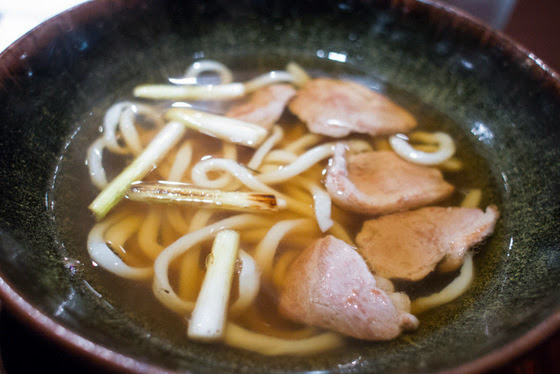 The duck pieces were thick and almost steak-like in texture. The soup broth was very light and didn’t carry over any of the duck flavor. The noodles definitely stood out more with the milder broth. 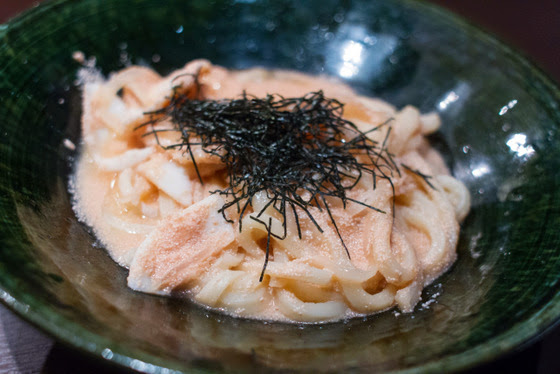 This was my friend’s choice. 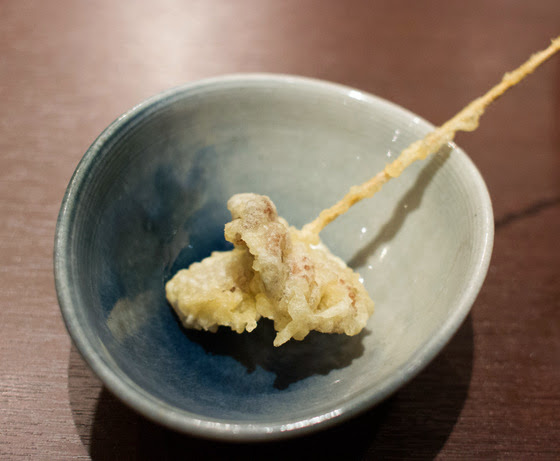 Mr. K added this to his meal. The batter is quite light, though I wish it had a bit more seasoning to it. 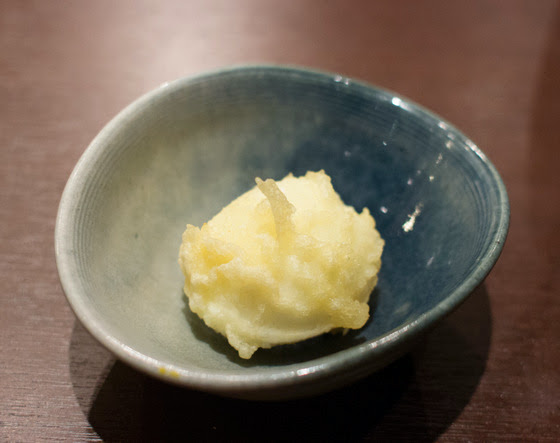 I was really excited for this. I was hoping for a runnier egg, but the egg yolk was cooked slightly too long. 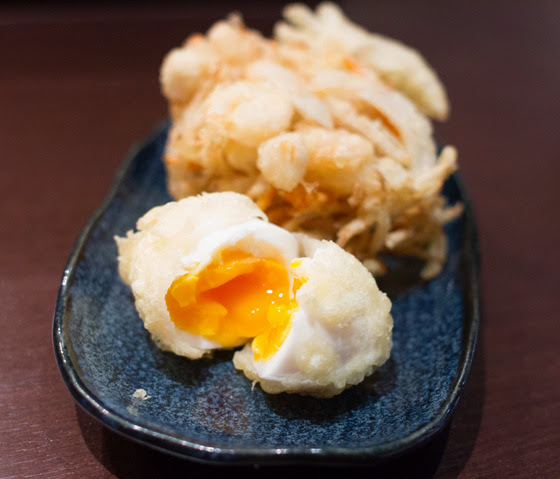 Overall, we enjoyed the experience of eating fresh, handmade noodles and watching them being made, though I would like to try a different noodle dish next time. The staff was quite friendly and we didn’t have to wait for a table during lunch. It’s definitely worth a try if you are in the area.