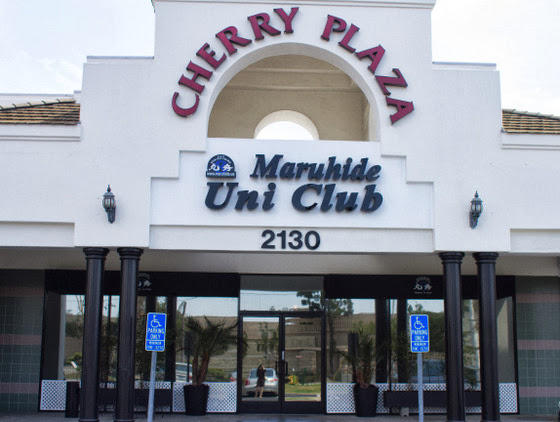 Over the last month, my Instagram feed has been full of pictures of dishes from Maruhide Uni Club, a new restaurant in Torrance where uni (sea urchin) is in almost every single item on the menu.

I adore uni, so of course I wanted to visit. A few of my friends went before I had a chance to go and they came back with mixed reviews. But I had really really wanted to try it out, so off we went.

We went during lunch, which was a lot less crowded. The menu is more limited but it’s also cheaper and the dishes I was really interested in trying were all on the lunch menu. 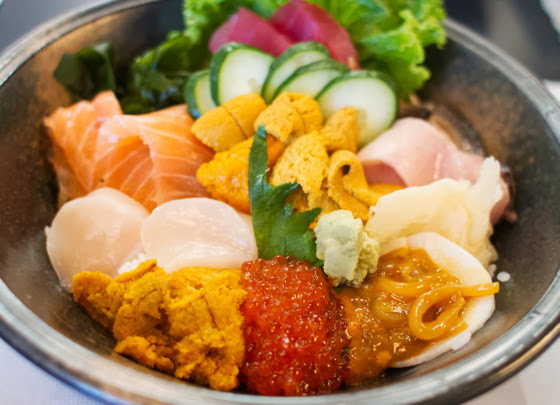 Maruhide offers several variations on the chirashi bowl featuring uni. I ended up going for the ultimate one, which has just about everything. I was excited to try uni variations, but honestly my favorite was just the fresh one.  The boiled one was a little salty. They were also out of the omelette.

The bowls also come with salad and soup. 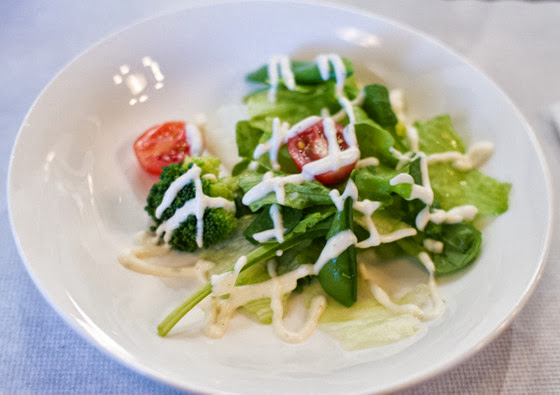 No uni on the salad! It would have been interesting if they had made a dressing or something with uni. 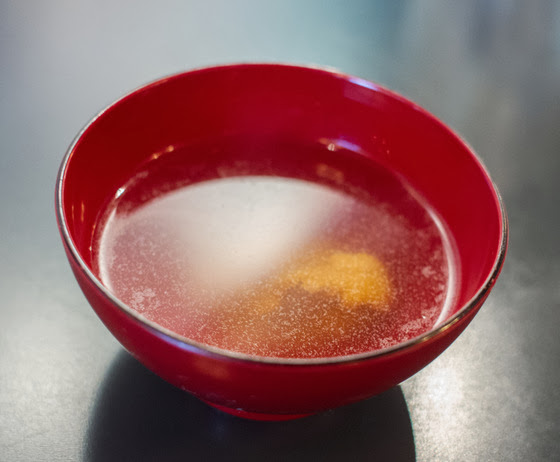 The soup consisted of a plain broth with a single piece of uni inside. I think this would have been better if they had made an uni cream broth which I’ve had before. This uni soup didn’t taste like uni, it just had a piece of uni in it. 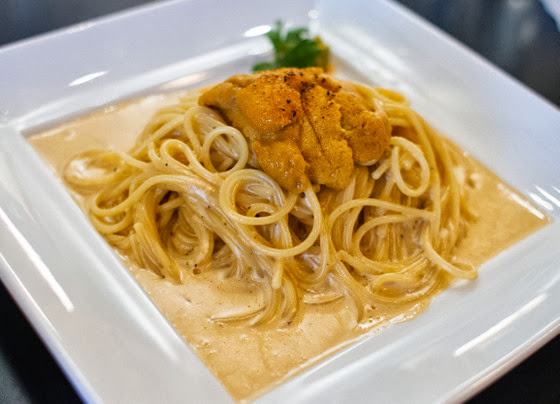 Mr. K ordered this one, which was pretty good. It’s better than the uni cream pastas I’ve had in San Diego. The sauce was creamy and slightly garlicky. You could taste the subtle sweetness of the uni. It was accompanied by bread to mop up the remaining sauce. 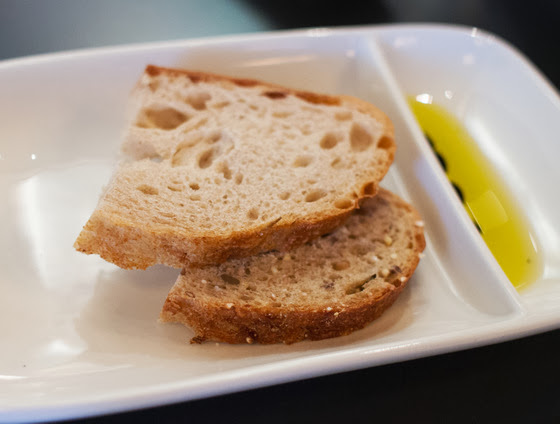 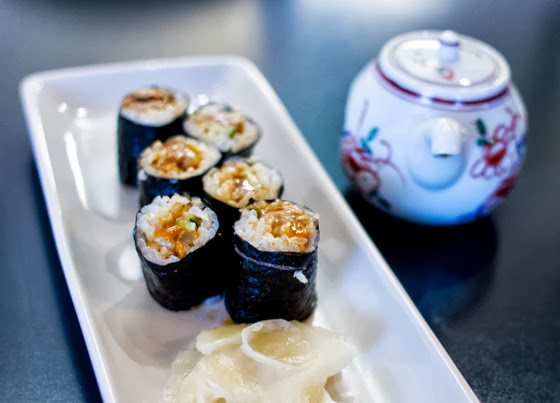 My friend ordered several appetizers since he had already tried some of the entrees on his last visit.

Tuna and Grated Yam with Uni 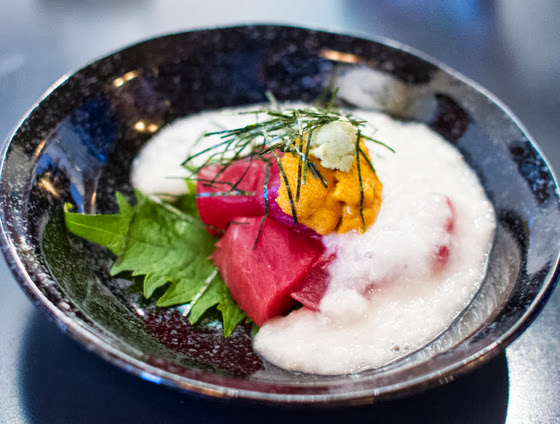 I thought this one was so pretty. 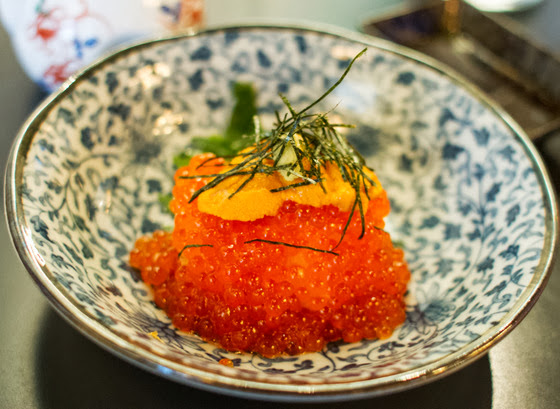 Mr. K also ordered some coffee and it came with the cutest sugar grinder. I love the bunny ears! 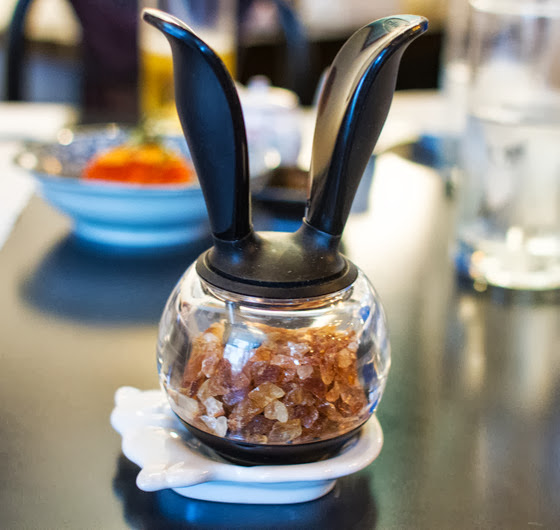 I also ordered some green tea. I love the deep green color and the pot it came in. 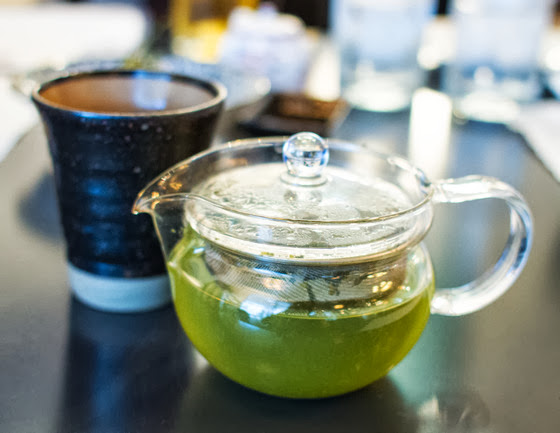 Overall, I was a little disappointed with this place. Yes, they have fresh sweet uni, but I didn’t feel like they did enough with the dishes. Nothing particularly stood out that I can’t get somewhere else. It might be worth a trip if you are in the area, but I wouldn’t go out of my way to visit. Here is the menu.

The restaurant also had several live uni and fresh uni on display. 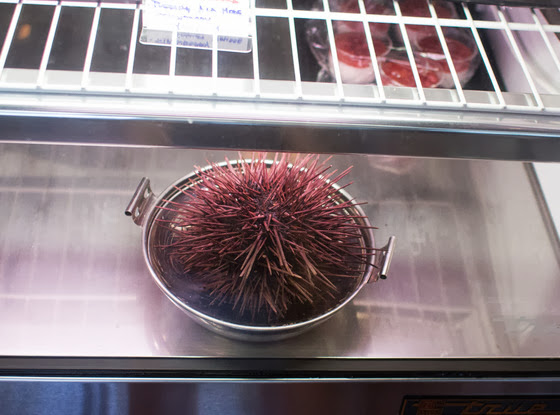 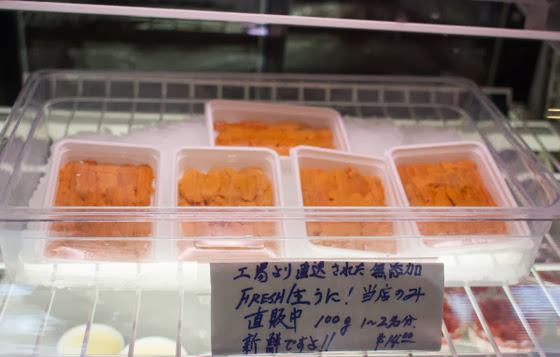