Today I have a story to share. An experience I have been desperately wanting to share, but I had to keep silent until now.

About two months ago, I got to meet Anthony Bourdain, Nigella Lawson, Marcus Samuelsson and Ludo Lefebvre, while they were filming ABC’s The Taste (the third season premieres this Thursday at 8/7c on ABC). There’s a sentence I never thought I’d write. 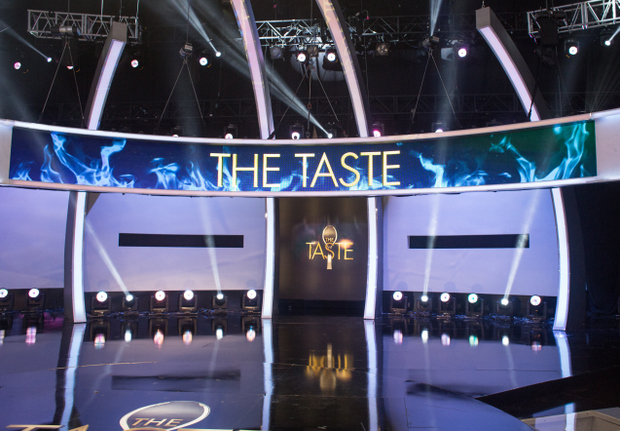 When I initially got the invitation, it was for a set visit of The Taste, a show which I’ve been watching since season 1, mainly because of the celebrity mentors. The details of the visit were quite vague: we would get to see the set, eat lunch with the crew. Nothing was mentioned about the mentors, but I hoped that we would at least get a glimpse. We ended up getting more than that though– we got to sit down and talk to each of them!

First, we got to walk the stage where the show is filmed. It was really fun to see the set-up, look at the kitchen stations and peek inside the pantry. 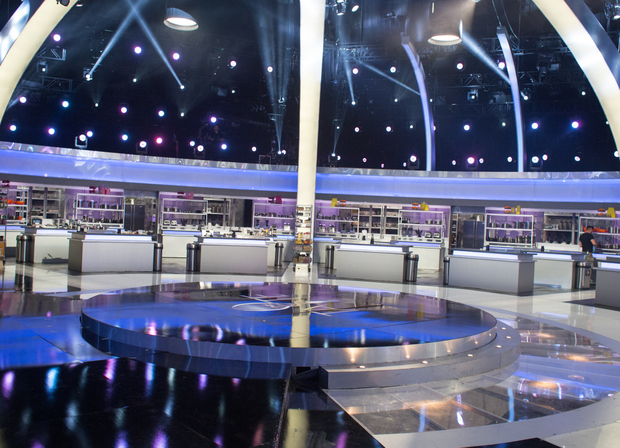 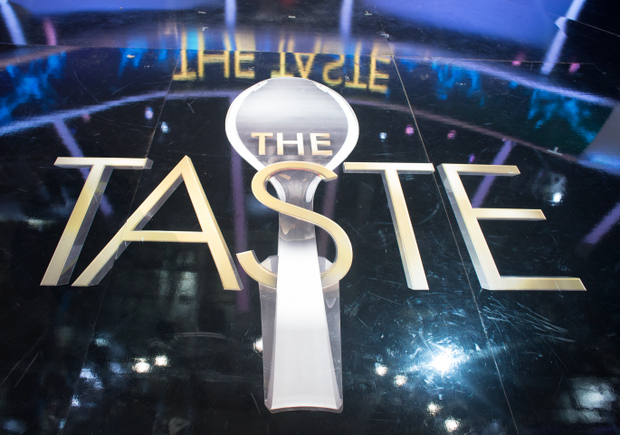 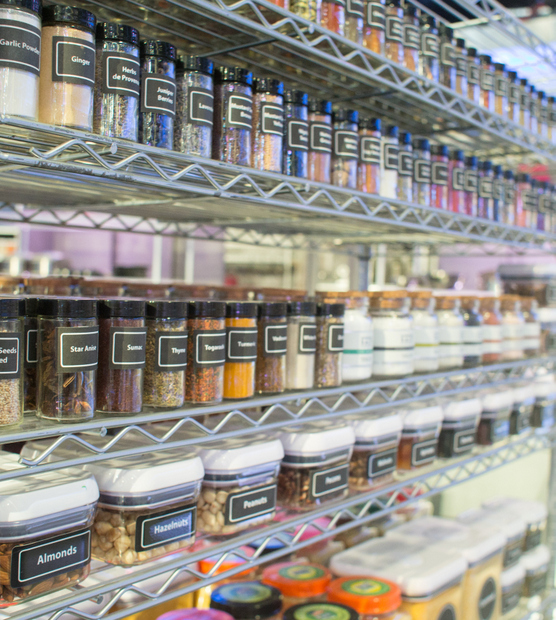 We also got to eat lunch with the crew. The best part was the homemade ice cream.

Fun fact: the contestants really only make the tasting spoons shown on the show, putting tremendous pressure on the waiters who bring the spoons to the judges. You can imagine the nightmares they have before filming days, of tripping and dropping trays of spoons. 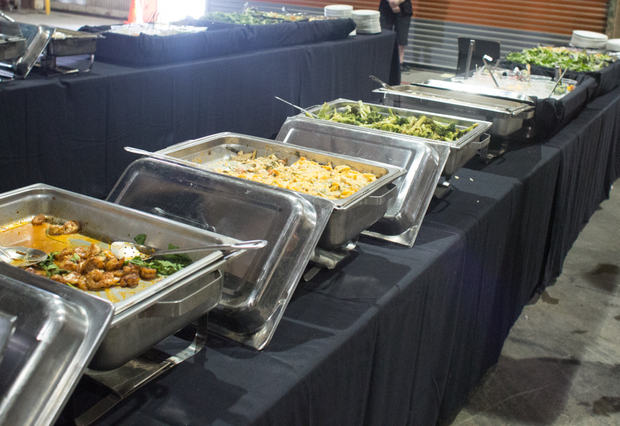 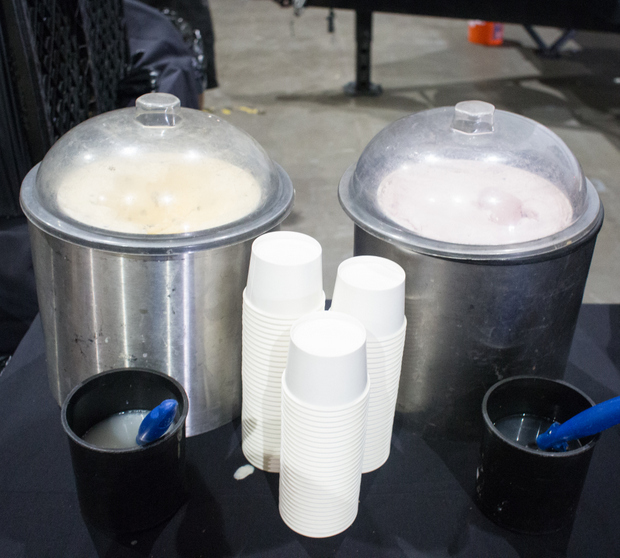 After lunch, we got to explore the mentor’s trailers, which are designed to reflect each of their personalities. If you’ve seen the show, a lot of meeting sessions with their teams are spent on these trailer sets, and it was so interesting to see the details that went into each one. For instance, Nigella’s oyster bar even had a menu that had the prices listed in British pounds. 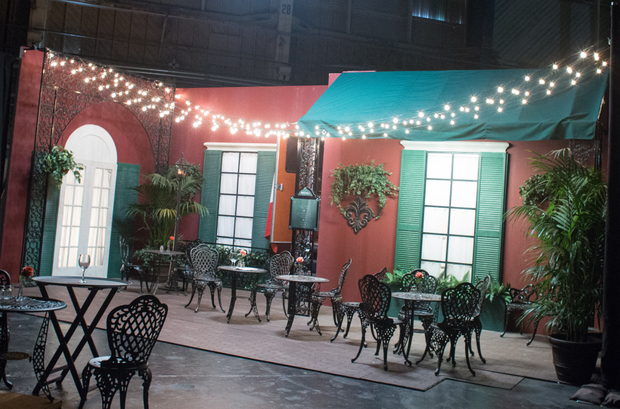 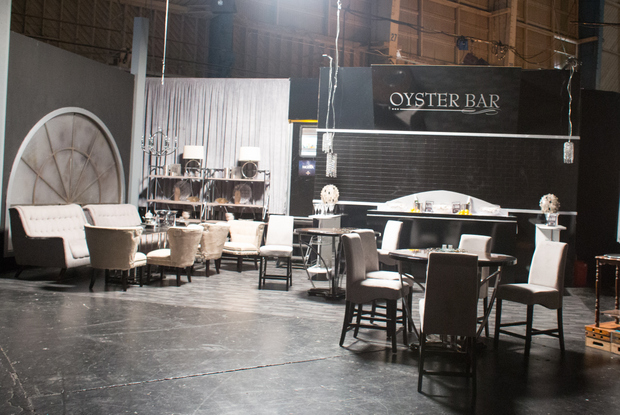 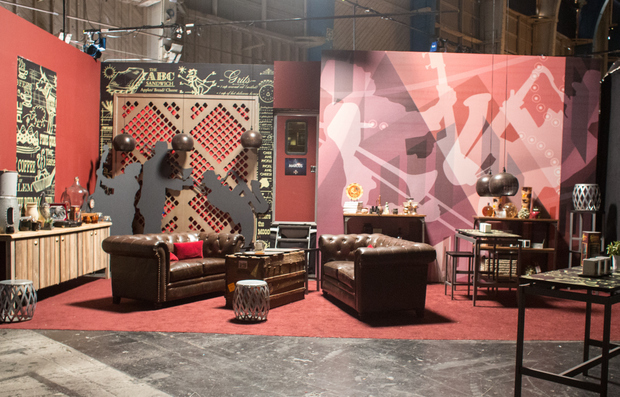 It was while I was exploring Bourdain’s set-up, that I had my first celebrity encounter. We were given permission to get up close and personal with the sets, and I was crouched over this table, observing the exotic fruit display, when I turned around to find Anthony Bourdain watching me. I was immediately embarrassed because even though I had permission to be there, I didn’t know if he knew that. 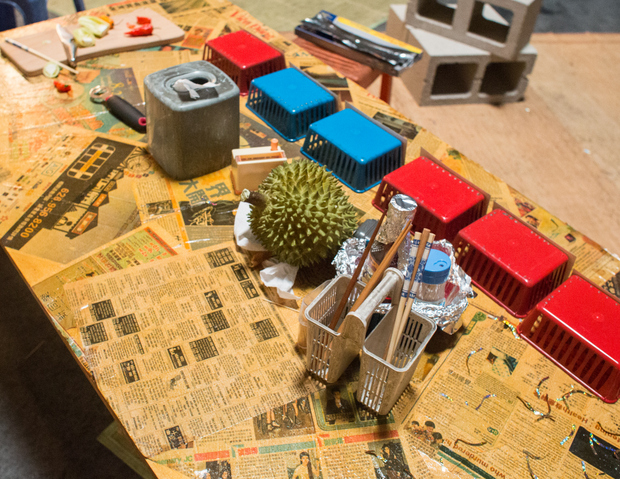 I don’t really remember what I said next, though I do recall squeaking out a “hi” in a voice that didn’t sound like mine at all. I remember him making a few jokes and we talked for a little bit.

After that, we were officially introduced to each of the mentors and got a chance to sit and chat with them.

Nigella was first. I had no idea what was happening when they first told us to grab a seat. When I realized she was about to walk out and sit at the table with us, and that the only free seat was next to mine, I nearly squealed out loud. 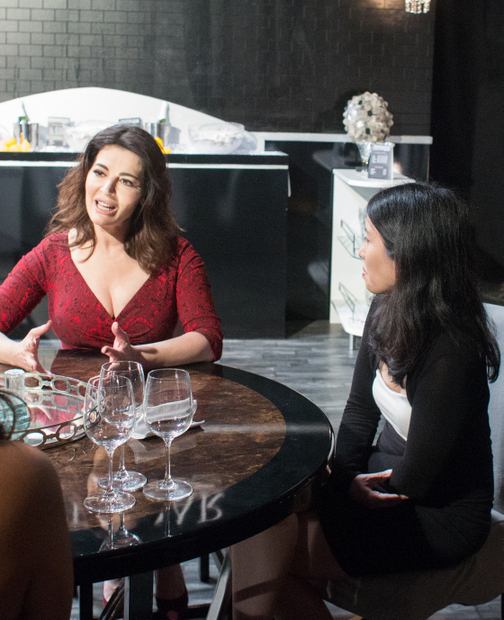 In person, Nigella is just as beautiful, articulate, and sexy as she appears on television. Next to her, I felt so awkward. Suddenly, I didn’t even know how to sit anymore! Was I supposed to cross my legs? Where was I supposed to place my arms? I felt like a baby deer trying to take its first steps. She managed to look so graceful sitting down. Oh and she smells like flowers. When she invited us to ask anything we wanted, my mind completely blanked. Luckily, other people had questions, and I just sat and listened while she casually discusssed cooking a “simple” roast chicken dinner in her hotel room as if she was describing microwaving leftovers.

Next, we talked with Anthony Bourdain and Marcus Samuelsson. I found Bourdain to be a lot more light-hearted and laid-back in person than he seems on his shows. If someone were to tell me when I started this blog that I would one day be telling Anthony Bourdain about my blog, I would have never believed it. But it happened.

Marcus Samuelsson was quite intense. I’ve watched him on various cooking shows, but didn’t know too much else about him until after this meeting. I loved how he intently listened to every word we said, like he was truly interested in what we had to say. Afterwards, I realized he has his own blog.

Ludo Lefebvre, unfortunately, didn’t have too much time for us. He was in the middle of handling complications with his restaurant, so he only had a few moments to take pictures, but I’m grateful he took the time to do that because he did seem quite stressed and his phone wouldn’t stop ringing. I’ve been wanting to try his food ever since he launched Ludo Bites, but never was lucky enough to grab a seat for the reservations which always sold out in seconds. He’s one of my favorites to watch on the show. He comes off a little intimidating, but he’s also so good, often winning the team challenges. Hopefully, one day I’ll get to try his cooking.

All in all, this was a very memorable day. I wanted to pinch myself several times to make sure it all really happened. I’m quite excited to watch the show when it airs tomorrow, especially having been on the set! As a reminder, the show premieres Thursday December 4, at 8/7c on ABC.