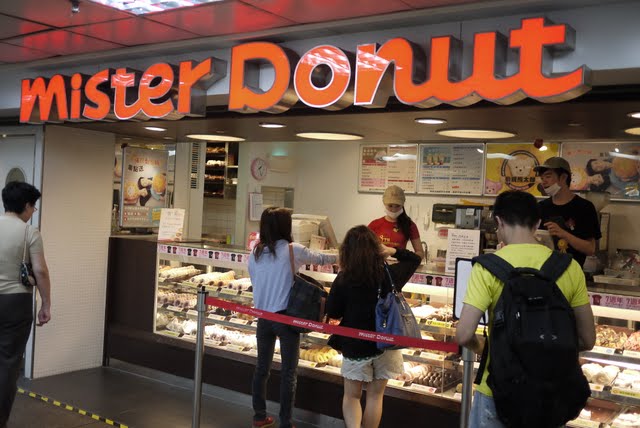 When planning my trip to Taiwan last Fall, one place I really wanted to try was Mister Donut, a popular donut shop chain in Taiwan. One of their specialties are these super cute  bear donuts. 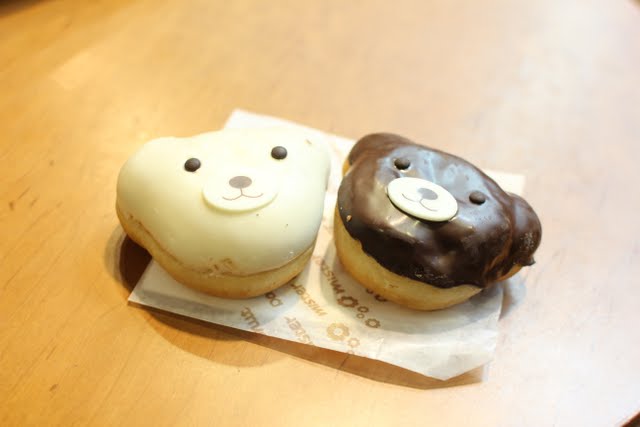 Apparently I didn’t have to worry about finding one because it seemed like there was a Mister Donuts chain around every corner, including many of the subway stations. In addition the cute bear donuts they also offer donuts that look like bracelets, which are mochi donuts. 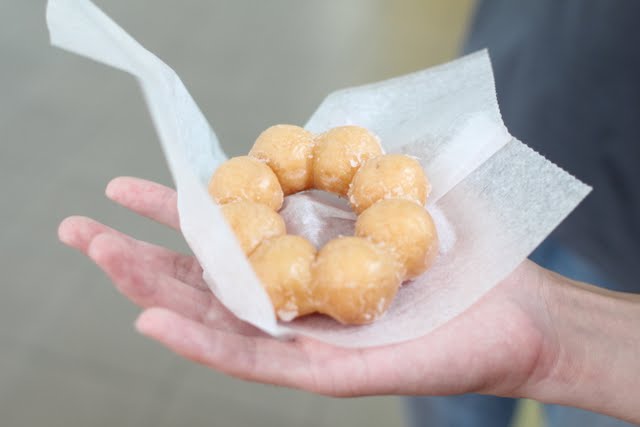 I got a vanilla and chocolate bear donut. Sometimes they have green tea but not while I was visiting.

The donuts taste lighter, almost like they are baked rather than fried. Inside the are filled with a light whipped cream too.

These were so cute. Almost too cute to eat.

I also tried a glazed mochi donut. The donut was really chewy. I liked it, but the kids and FH didn’t. They thought it tasted like the dough was still raw.

While in Taiwan, we also passed by several Dunkin Donuts. I found it ironic how hard it is for me to find a Dunkin Donuts since leaving NY, but I was able to find it in Taiwan. 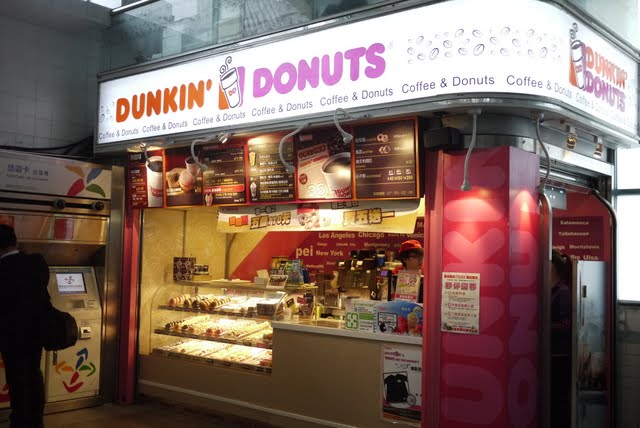 I really liked the donuts as Mister Donuts. I’ll definitely get more on my next trip. Now if only they would open one here…