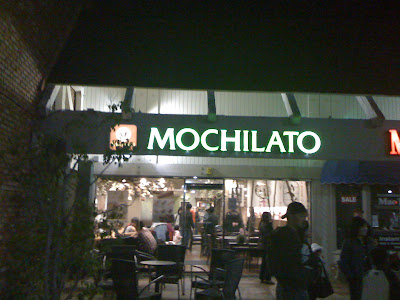 Mochilato = mochi + gelato.  With such a cute name, and my love for gelato and mochi, I had to check it out.  The interior is nicely decorated with various flowers and long wooden tables. 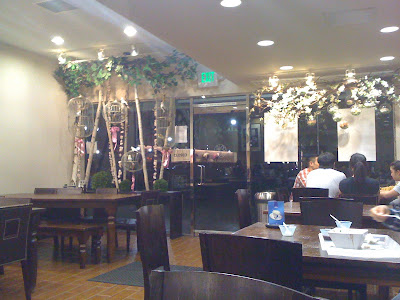 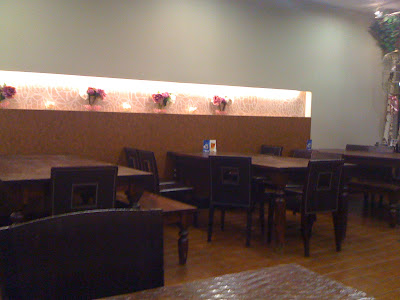 There are quite a few flavors of gelato mochi offered (green tea, plum, hazelnut, coconut, just to name a few).  In addition, you can get gelato by itself.  They also sell mochi, taiyaki (fish shaped waffle) topped with ice cream, and shaved ice. 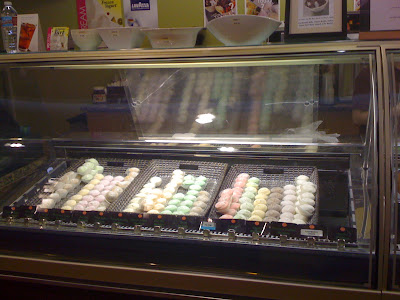 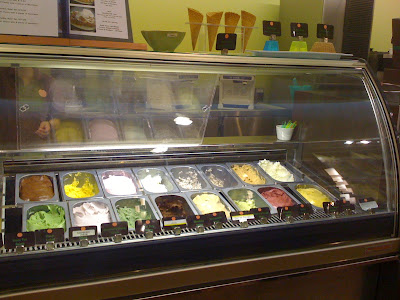 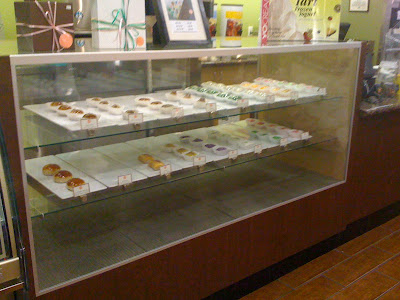 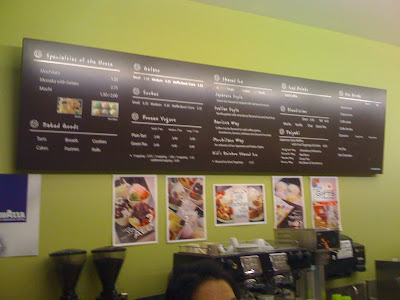 After seeing the gelato flavors and mochi, I had a strange sense of deja vu.  This place looked just like Mikawaya in Los Angeles.  Then I saw that they were offering some mochi balls with Mikawaya on the label. 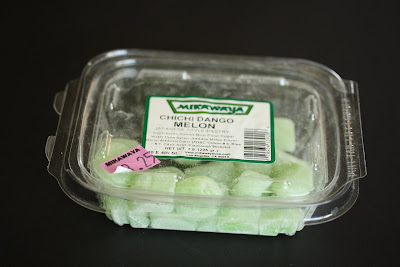 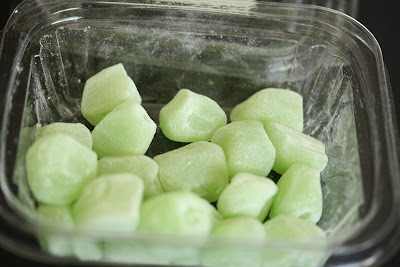 How cute are these little green mochi balls? They are honey melon flavored!

After inquiring, I was told that this one is related to the Mikawaya in Los Angeles.

The mochi gelato flavors offered here are much more than you can get at the supermarket.  Since I already experimented many of the flavors when I visited Mikawaya, I stuck to green tea this time. Unfortunately, the gelato melts really fast inside the mochi. 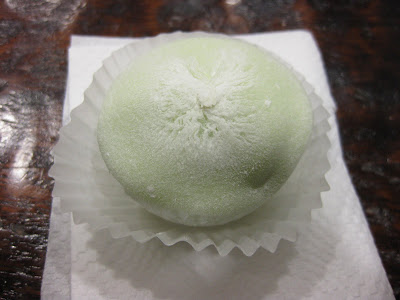 People on yelp really raved about the shaved ice, so I decided to try it out.  There are several shaved ice options.There is an Italian style, Japanese style and a Mochilato way, which is a mix of both.  I opted for the Mochilato way. 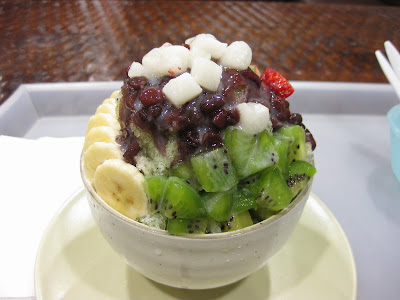 The shaved ice was topped with fruits, condensed milk, ice cream and mochi balls.  Underneath was green tea flavored ice.  Below that was the Italian ice, I believe it was cherry or strawberry flavored.  I have to confess, I didn’t like the mix of the two styles.  Separately, they tasted fine.  Together, not so much. I also think I preferred the japanese style.  I like Italian flavored ice, but I don’t think the strong ice flavors go well with the fruit, condensed milk, and mochi.

I also bought some mochi.  The mochi is delivered from the Los Angeles store.  For some reason, they wrap the mochi tightly in plastic wrap, and so the mochi kind of sticks to the plastic wrap. It still tasted good though.  This pink one has a white bean filling. 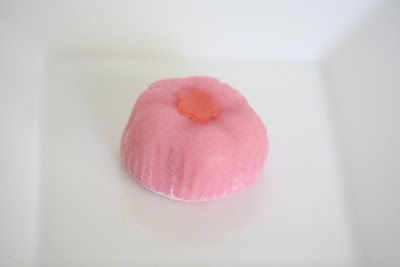