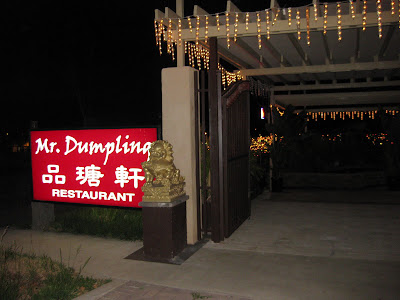 I tried Mr. Dumpling a while back, though I didn't have my camera with me. My experience was extremely disappointing. I didn't like a single dish. So I didn't think I'd ever be back. However, I heard good things about their hot pot.

This past weekend, as I left Ranch 99, I noticed this sign for a hot pot special. All you can eat for $18! I had been craving hot pot, so it was perfect. Boyfriend and I came back later that night to check it out. 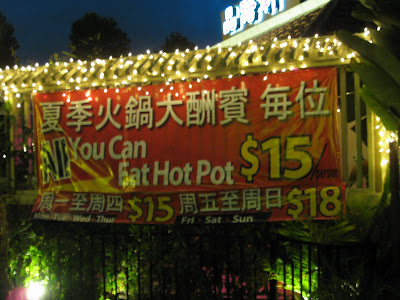 When we got there, there were very few customers. There were maybe 6 tables, and everyone was eating hot pot. After we sat down, the waitress explained the hot pot to us.  The All you can eat was limited to a certain section of the menu. Basically no seafood is included. So this is what is included: 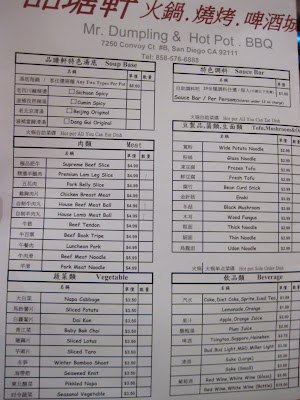 Also, you are automatically charged $1.50 for sauce, whether you want it or not. This was a bit annoying because neither Boyfriend and I even wanted to use the sauce as the food is pretty flavorful with the broths. Also there is an $8 charge for the pot and you can choose two types of broths. So it ended up being about $23.50 per person instead of $18.

There are four kinds of broth to choose from. Neither Boyfriend and I like the spicy ones normally. The heat of the hot pot and the spice can be overwhelming. So I chose the two non-spicy ones.  The broths has a bunch of herbs and reminded me of the one at Little Sheep, though not as many different herbs. 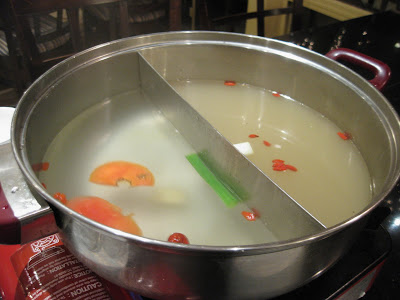 The staff was really attentive. Our food came out really quickly. Halfway through the meal, I noticed that the all you can eat hot pot is supposed to come with a free seafood plate. I asked the waitress about this and she said "You didn't get yours?" No…so then she brought out this plate. It was pretty small.. 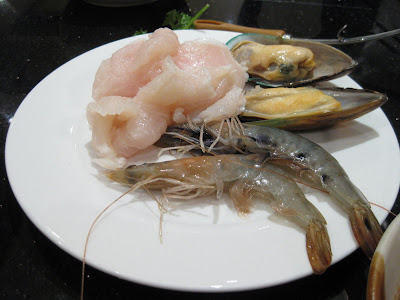 We ordered a lot of lamb and beef.  The meat quality is not as great as the ones at Little Sheep, but probably on par to other hot pot offerings in San Diego. 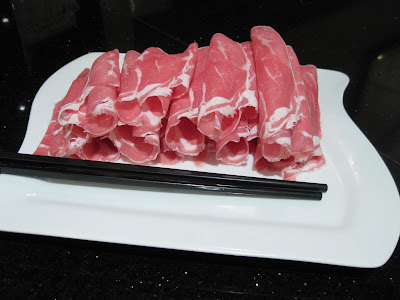 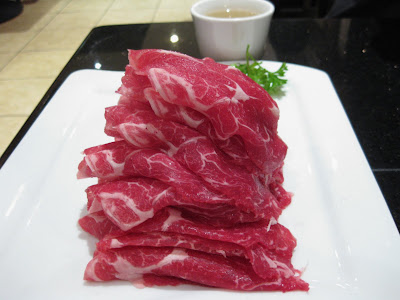 We also ordered the lamb meatballs, which I really liked. I was surprised to see they were fresh, rather than frozen prepackaged ones. 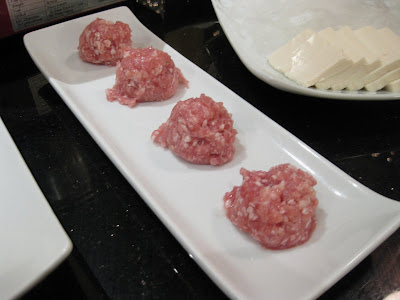 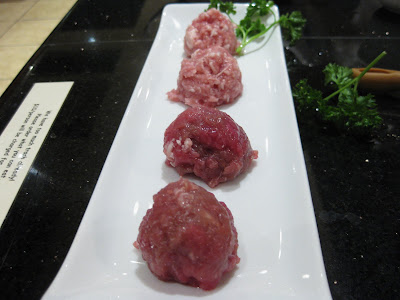 Here's some other stuff we ordered: 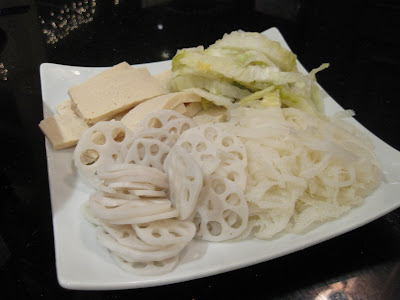 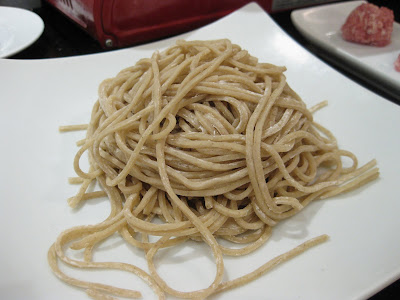 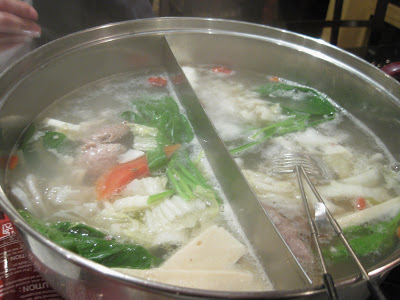 All in all, I thought the experience was alright.  I didn't like the hidden charges. The price ended up being the same as some other restaurants that I've eaten all you can eat hot pot at in San Diego (DeDe's, Shanghai City, Golden City). There were some offerings that I don't usually see at the other restaurants like lamb, lamb meatballs, different noodles. However, the other restaurants also offered seafood. I usually order seafood like fish and fish balls, so it was a little frustrating that none of the seafood was included.

Here's the rest of the menu not included in the all you can eat: 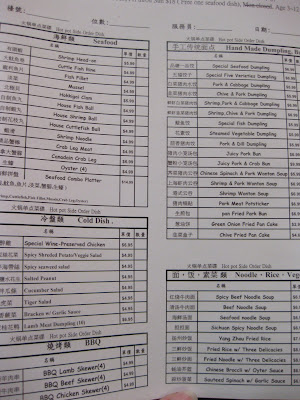