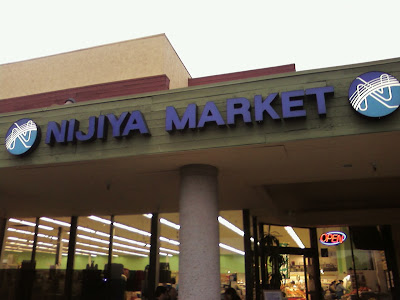 There are three Japanese markets that I know of in San Diego.  Nijiya is the one I probably go to most.  It's not the biggest (Mitsuwa is), but it has most of the things I need and tends to have cheaper prices than Mitsuwa. In general, Japanese markets are pretty expensive, so I try to find the ingredients I need at Zion Market and Ranch 99.  However, I still go to Nijiya for some japanese goodies, such as: sashimi, sushi sets, fresh fried croquettes, mochi, japanese chips/snacks, oden, and ice cream.

Nijiya has a nice selection of fresh mochi.  It is constantly changing and I love going and buying these pretty treats.  They also have a nice pastry section.  I've enjoyed their cream puffs, which have whipped-cream type filling.  I also like the japanese cheesecakes (light, fluffy sweet cakes that don't really taste much like cheese.)

Here is a beautiful mochi I bought from Nijiya recently: 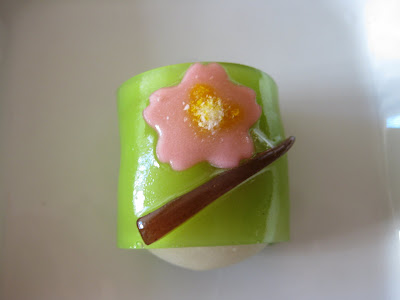 The outside has a jelly-like layer and the inside is a mochi with red bean filling.

Here are some additional pictures I took of their display: 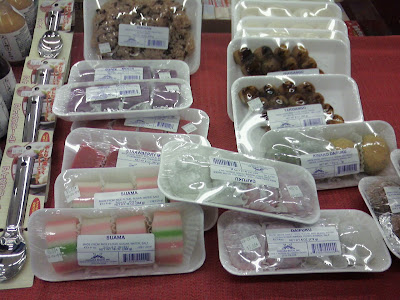 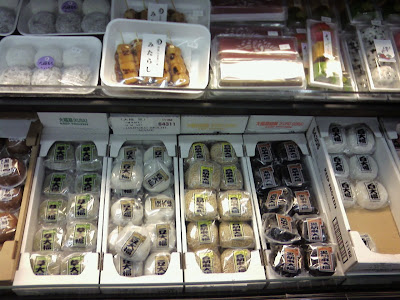 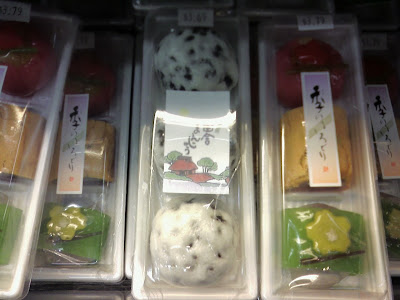 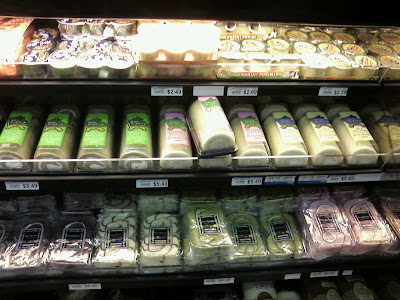 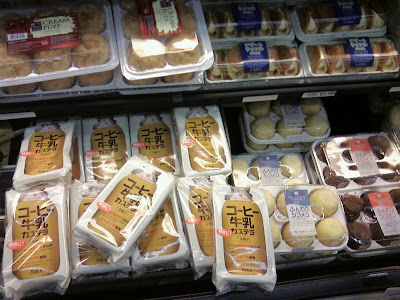 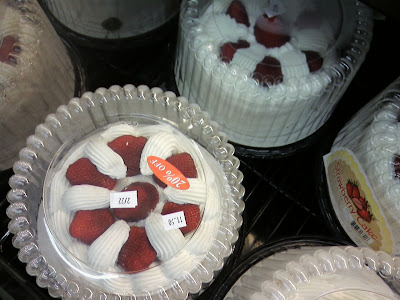 Here are some additional bakery/mochi pictures:

I'm feeling adventurous, I will buy their fresh sashimi to make sushi.

They also have a nice cooked section that has a selection of chicken karaage, bento boxes and sushi sets.  They also make croquettes and seafood pancake, which is put under a heat lamp, so that they taste nice and crunchy.  It's a great quick fix for my croquette cravings because I hate frying them myself. 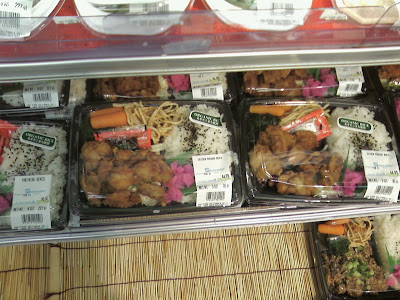 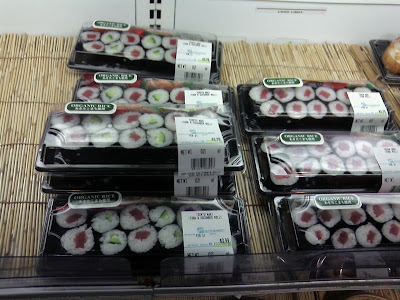 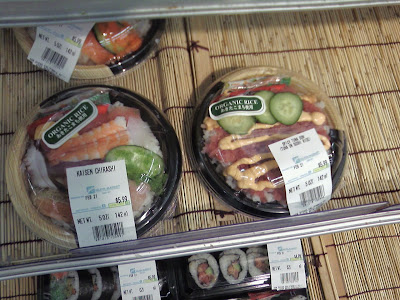 Their snack/candy section is a little bit on the limited side, so sometimes I need to go to Mitsuwa for the rest of my snack cravings. 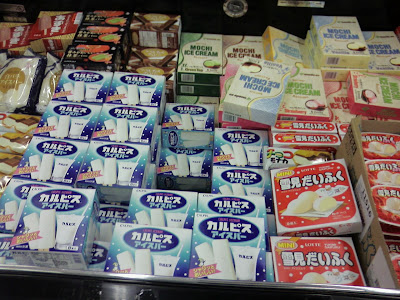