Nijiya had its summer festival this past weekend (July 18 & 19).  I had previously attended Nijiya's spring festival, which was fun.  Because I was so busy this past weekend, I only was able to stop by at the end of Saturday.  Enough time to quickly browse the food offerings and take a few pictures. 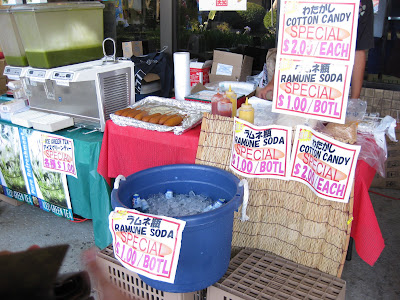 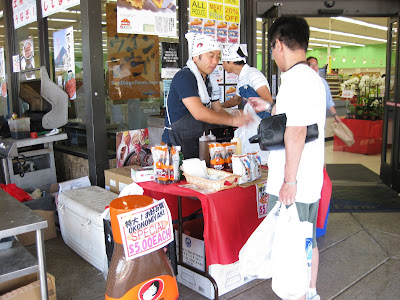 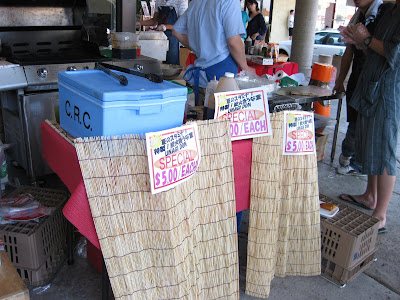 The Unagi Don was something new that they didn't offer at the Spring Festival.  I wanted to try it, but had no room.  Here is a picture of it posted above the station on Nijiya's windows: 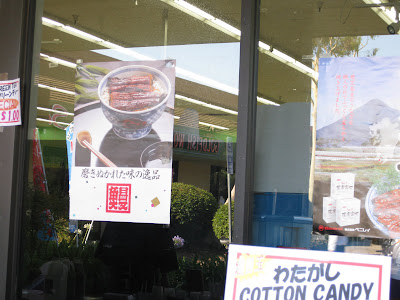 What I was most intrigued by was the fresh made cotton candy machine!  I know I know.  It's just cotton candy.  But I love cotton candy, and this one was only $2, and it is made right before your eyes!  I had fun watching it being made and as it became bigger and bigger: 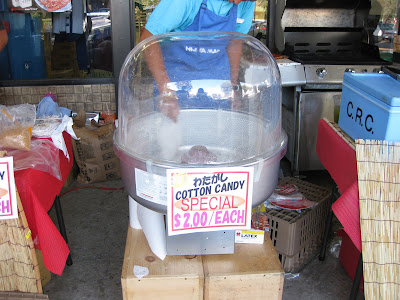 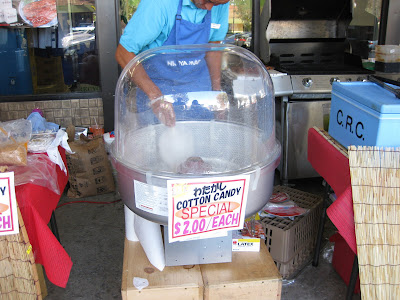 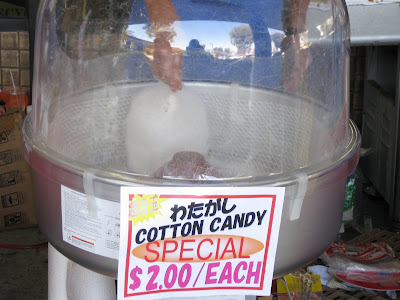 Here is the final product: 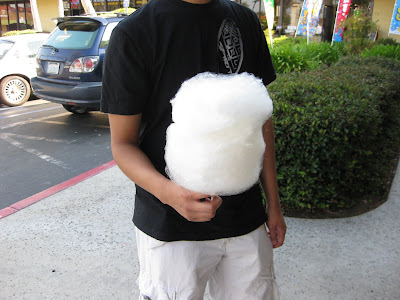 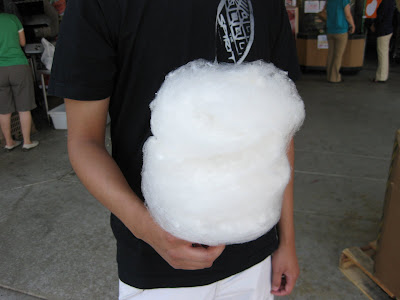 I wanted to take a better shot of it, but the white color and the brightness outside, made a reflection/glare that my camera was not happy with and so it wouldn't focus on the cotton candy unless I was standing very far away.

In the car though, I was able to get some pictures of the pretty gold strands of sugar: 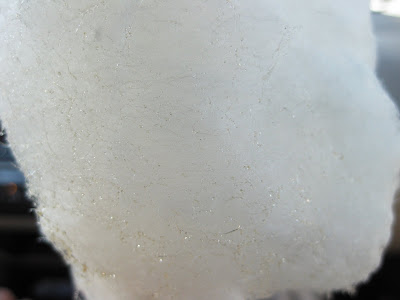 The cotton candy was yummy and gone within minutes. Boyfriend thought the texture was a bit rough.  It is a bit tougher than the cotton candy we usually get at the fair, but I really enjoyed it regardless.