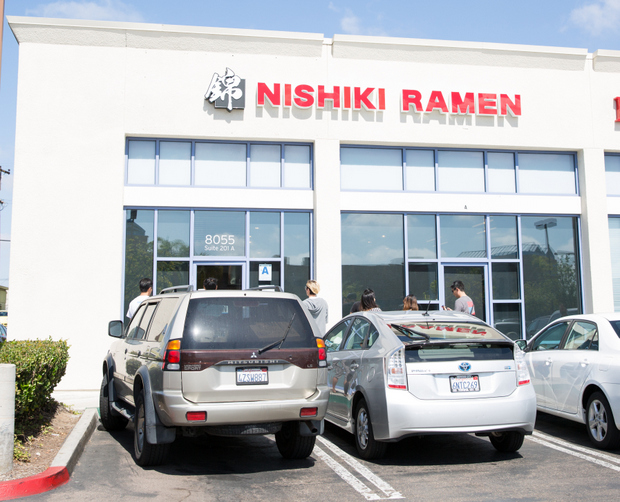 Nishiki Ramen (originally from Japan) recently opened in San Diego. With promises of fresh made noodles, I’ve been eagerly anticipating its opening for months, constantly checking the storefront and their Facebook page for updates.

The grand opening was Sunday, though we ended up going on Saturday instead while they were still in the soft opening stage because we wanted to avoid the opening day crowd. 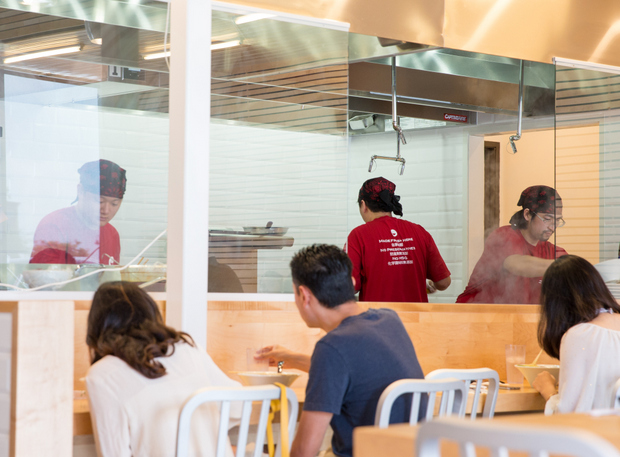 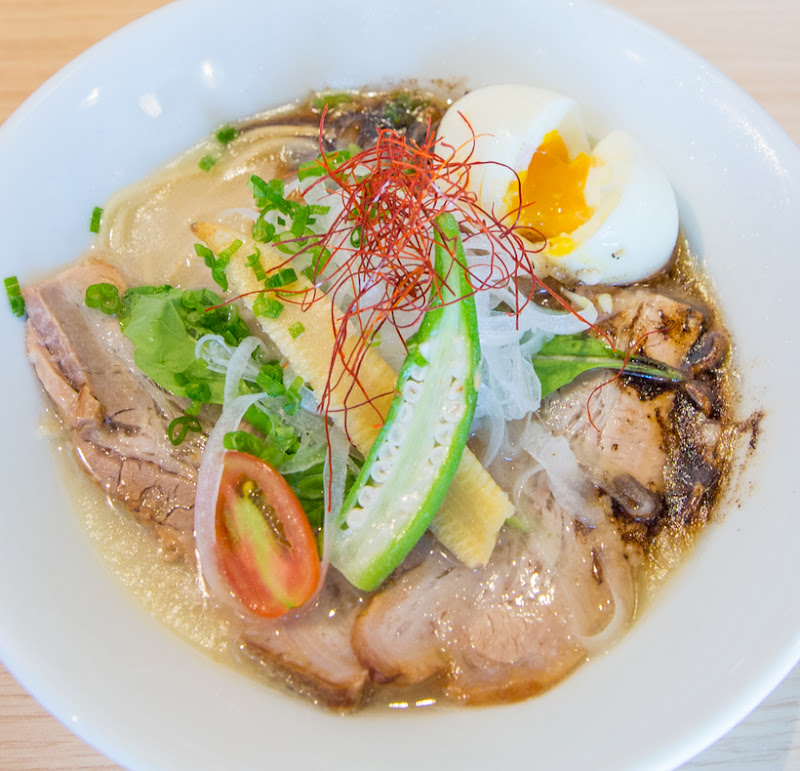 I ordered their signature Nishiki ramen, consisting of a chicken and tonkotsu soup, thin slices of pork chashu, onions, baby corn, tomato, and a drizzle of black sesame oil. For an additional $2, you can add a soft boiled egg, which I did. 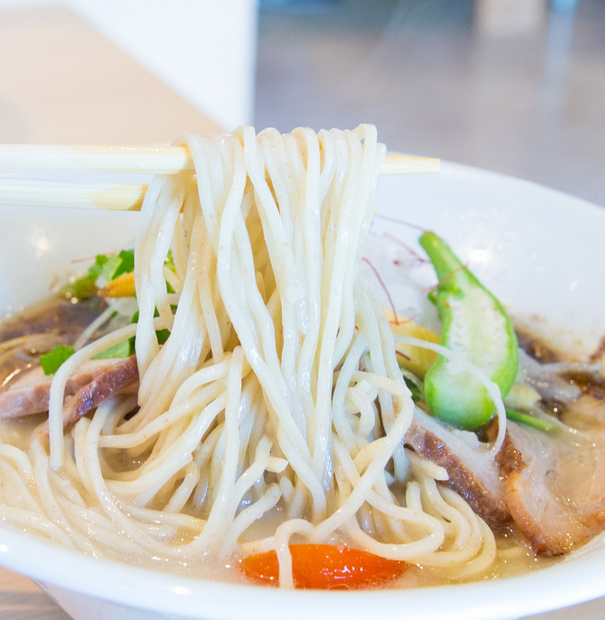 The presentation was lovely, especially with the nest of red pepper threads sitting on top. The broth itself was very rich, creamy, and a little heavy. It’s far richer than most of the tonkotsu broths I’ve had in San Diego. On its own it could have used a little more salt, but I found that once I mixed in the sesame oil, it balanced things out quite nicely. 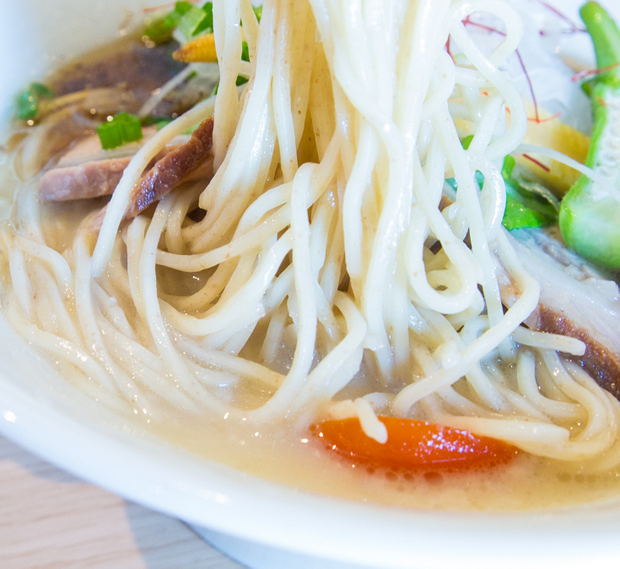 The chashu pieces were flavorful and soft, nearly melting in my mouth after one bite. The soft boiled egg was also nicely executed, with a still runny center

The star, of course,were the noodles. The thin, wavy, whole wheat noodles had a good bounce and chew and definitely tasted liked fresh noodles. They picked up just enough of the soup and retained their texture until the last drop. 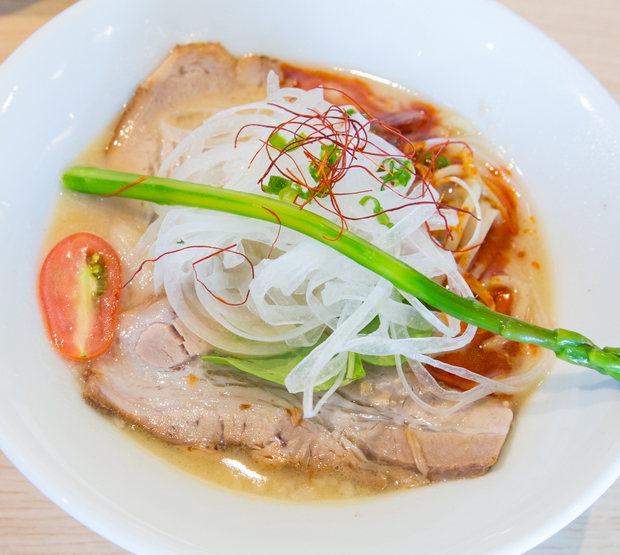 The miso ramen is served with a garlic and chili sauce, chashu, asparagus, and onions.

Again, I loved the presentation with the single thin asparagus and red pepper threads. The noodles used for the miso dish were thicker than ones in the Nishiki ramen. The thinner ones are the ones I’m more accustomed to for ramen, but I actually preferred these thicker noodles. My ideal choice would have been to have these noodles in the Nishiki ramen broth. 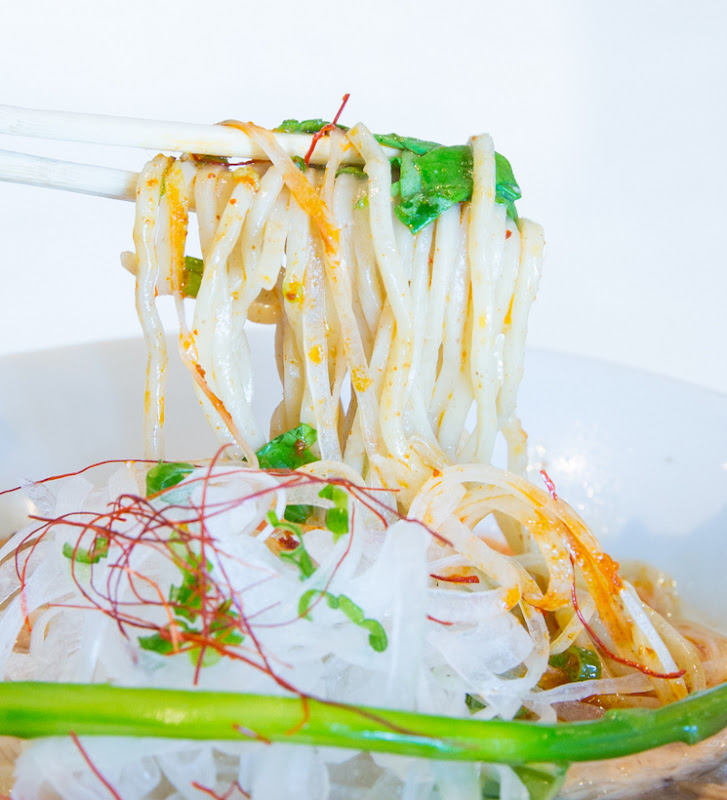 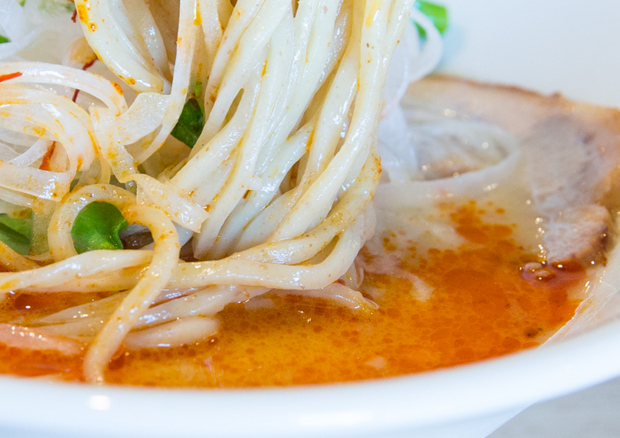 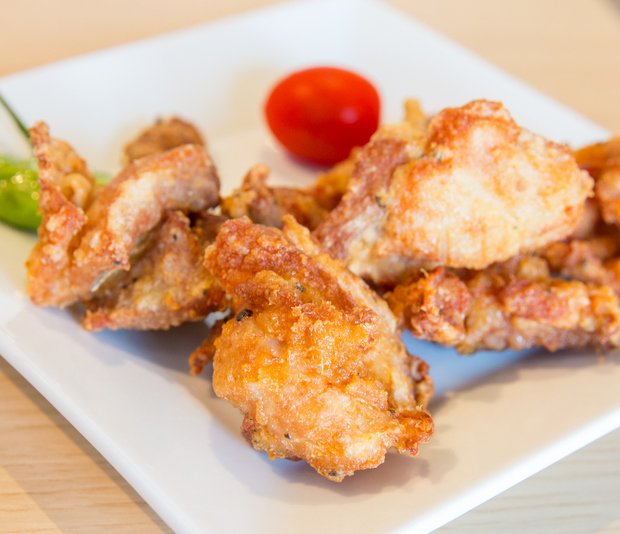 We also ordered a side of chicken karaage which actually ended up taking a bit long to come out. I don’t know if they had too many orders or if they had some issues making it, but it seemed like nearly everyone was waiting on their chicken order. When it did finally arrive, we were pretty pleased. It wasn’t quite like most of the chicken karaage I’ve had. It barely had any batter coating the chicken, but each piece was still pleasantly crunchy. Our plate also contained several pieces of fried skins, which we actually enjoyed, but I don’t normally find in my chicken karaage.

Overall, we had a really good first meal here. With the addition of the fresh noodles, this was the best bowl of ramen in a long time and the best I’ve had in the US. The service, while a little nervous and still ironing out opening kinks, was extremely friendly. This has shot to the top of our go-to ramen list and we definitely plan on coming back many more times.

Make sure to also check out mmm-yoso’s review here.