No Yeast Pizza Dough (No kneading or rolling)

This no yeast pizza dough is a super easy pizza crust recipe. No yeast, no kneading, no rolling. I call it emergency pizza dough but it’s also known as crazy crust pizza. It uses a liquid batter that is great for thin-crust pizza. The dough is ready in just a few minutes for easy, homemade pizza night. 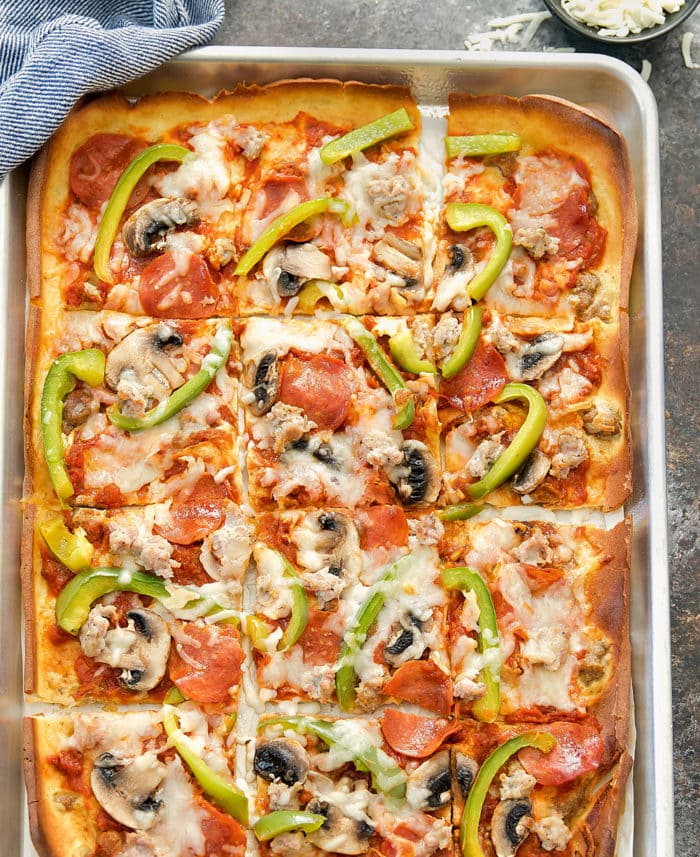 I have been on a search for a really easy, no yeast pizza dough recipe. I do have a 2 ingredient pizza dough I use often, but the dough recipe I’m sharing today is even easier because it’s a from-scratch dough but there is no kneading or rolling involved.

This type of pizza crust is often called crazy crust because it’s so simple. Even though it’s simple it still tastes great. 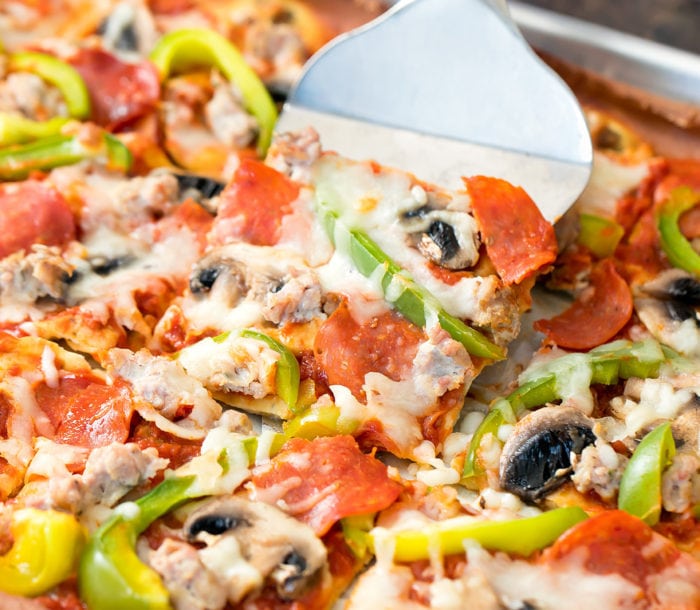 It did take me a few trials to figure out how best to make this pizza, so I want to share them with you so you can get it right on the first try.

As I mentioned, this pizza works best with quite a few toppings. Here are some combinations you might like to try – for all of these you can use tomato-based pizza sauce and cheese.

For many of these combinations, you can also sprinkle dried herbs, fresh herbs, or red pepper flakes over the top for extra flavor. 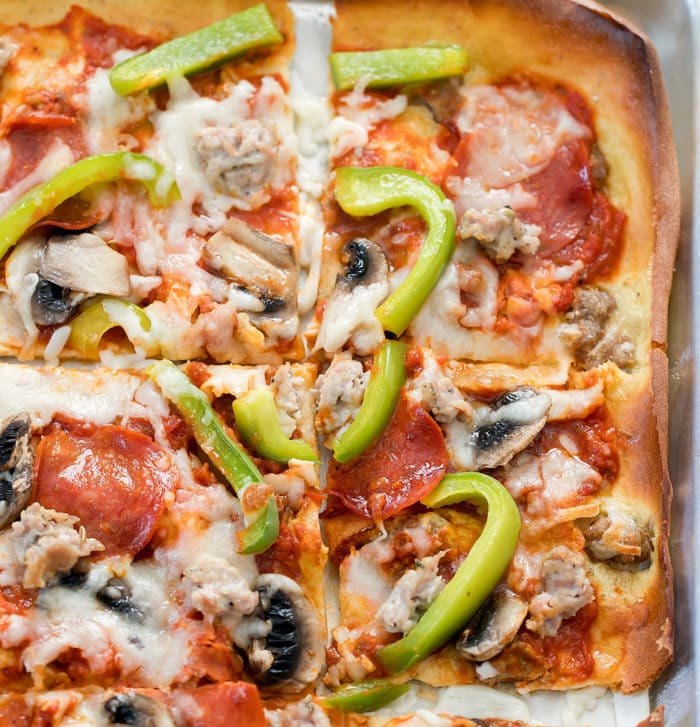 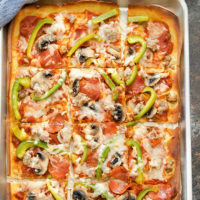 Did you make this recipe?I'd love to see it! Mention @KirbieCravings and tag #kirbiecravings!
Posted in: Main dishes, Recipes, Sheet Pan
25 Comments // Leave a Comment »

25 comments on “No Yeast Pizza Dough (No kneading or rolling)”