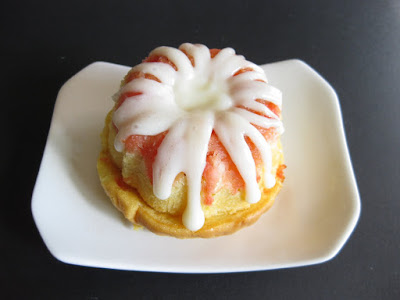 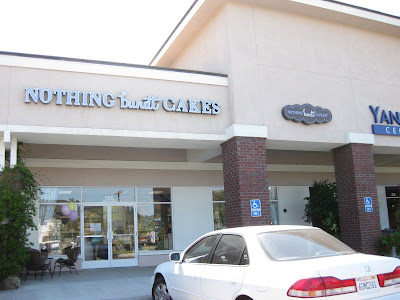 I've been seeing buzz over Nothing Bundt Cakes on yelp lately.  With such a clever name, I really wanted to check it out.  I'm not a big fan of regular bundt cakes, but I like mini ones because I think they look pretty cute. The Poway location is actually just one of a chain of stores.

The interior of the store is pretty cute, decorated a bit like a children's storybook.  They had samples of their lemon bundt cake when I went.  I'm not a big fan of lemon cake, but I was impressed with how moist the cake was.  They have large bundt cakes you can order, and mini bundt cakes which are ready to go.  You can find the flavors they offer on their website.  In addition, they have a flavor of the month.  The featured flavor of the month is pineapple upsidedown cake.

The mini bundt cakes, or "bundtlets", are priced at $3.99.  Each come in an individual plastic container.  I ended up taking home a red velvet, pecan praline and pineapplae upsidedown cake. 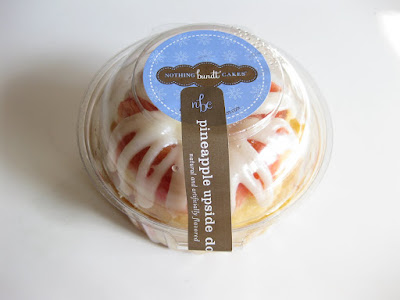 While the mini plastic containers make it easy to bring these bundtlets home, I think they need to find a design that allows you to remove these cakes easier.  Once you open the top, you basically have to figure out how to remove the bundtlet from the rest of the plastic container without destroying it.  Since it is covered in a flowery pattern of frosting, this makes the task even harder.  Also since the cake is so moist, it makes it really hard to reach in and avoid frosting and avoid pushing into the cake.  I had a really hard time removing these bundtlets, and a lot of the frosting and parts of the cake ended up on the container and on my hands. 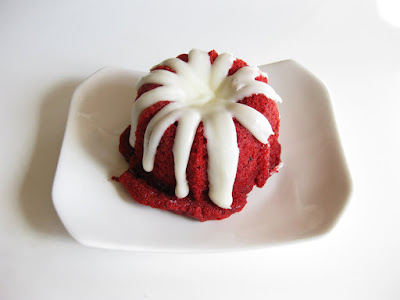 The first cake I sampled was the red velvet. The cake was very moist, but didn't really taste like red velvet cake to me.  Also a tad too sweet for my tastes.

Next up: pecan praline: 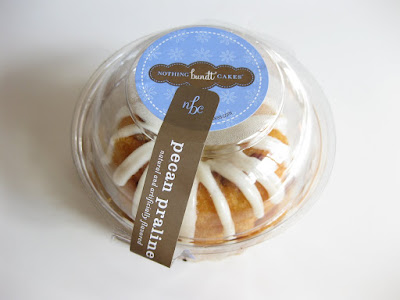 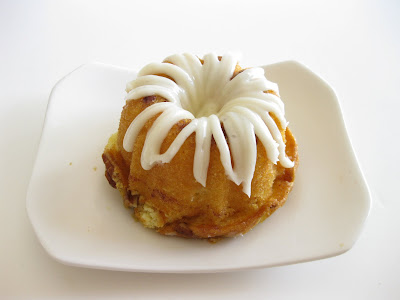 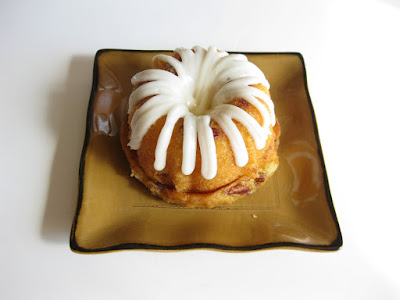 The pecan praline was a little less sweet.  It had pieces of pecan and a nice nutty paste inside.  Again, the cake was super moist. 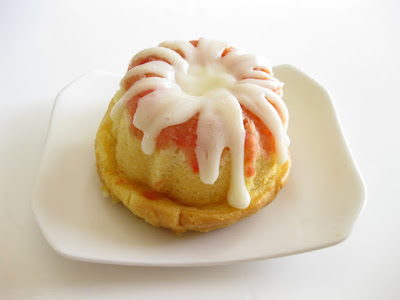 There were little bits of crushed pineapple on top, and the cake batter was similar to that of a yellow cake.  Again, the cake was very moist.

All in all, Nothing Bundt Cakes was just okay for me.  I do agree that their cakes are super, super moist, which is what people were raving about in the reviews.  It's an impressive feat because bundt cakes can end up being dry, especially the mini ones.  However, the flavors were just okay for me.  Nothing really stood out.  The flavor/tastes were similar to the cakemix ones, except a lot more moist than any cake you can make with a cakemix.  I actually found these cakes to almost be too moist.  So much of the cake ended up on the plate, on my hands.  It was so messy! Whatever the cake touched, it left a lot of itself on.  So for example, when I put the cake on the plate to photo, and then tried to move it, it was practically stuck on and when I took it off, a lot of the bottom of the cake was still on the plate.

If you enjoy bundt cakes though, this is a cute little place to check out. It's not something that would be on my "cravings" list, but I might stop by again to buy some for gifts. 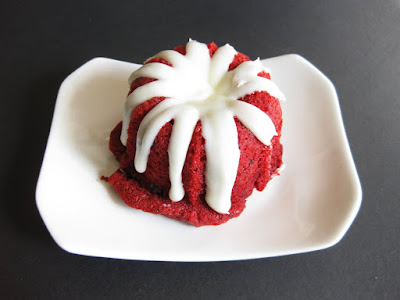 15 comments on “Nothing Bundt Cakes”