Boyfriend and I made one more trip to the San Diego Fair before it ended, to try a couple more items of fair food. My previous post on the fair can be found here. 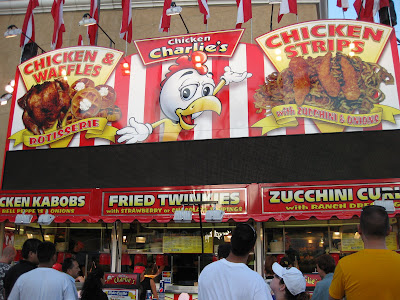 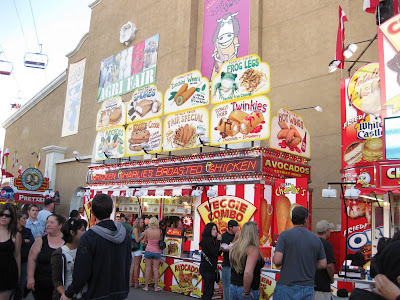 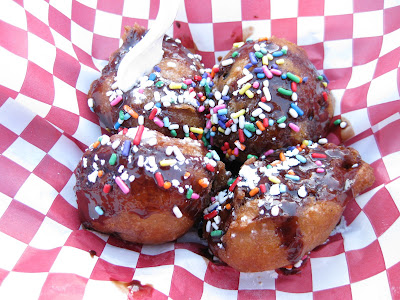 The outside is drenched with chocolate syrup and sprinkles, as if the idea of deep fried oreos isn't unhealthy enough.  They basically taste like donuts, as they are fried in a donut-type batter.  Pretty yummy.  Probably not safe to eat more than once a year though. Little Brother balked at the idea of eating a deep fried oreo, saying he didnt want to have a heart attack.  I finally convinced him to eat one. Next up: sausage in a tater twist.  You can choose different seasonings.  We went with spicy. 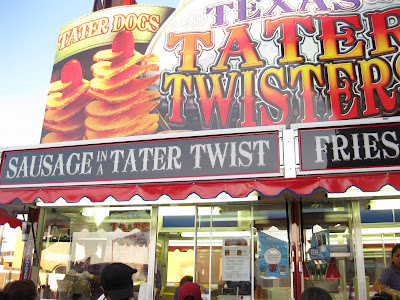 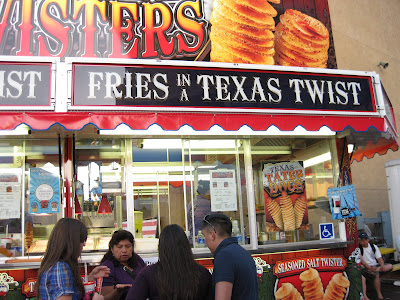 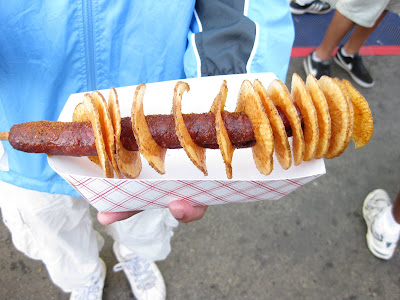 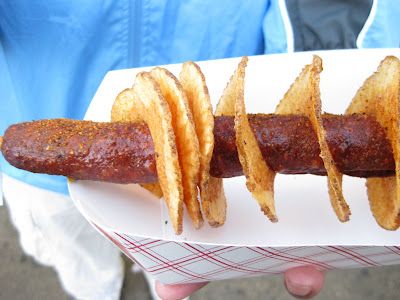 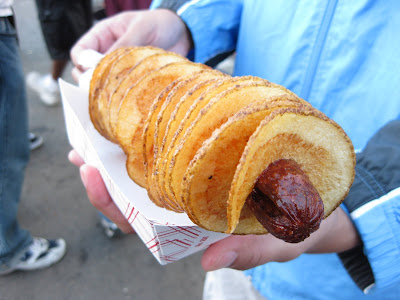 While it looks pretty cool, the taste was just okay.  The twisted fries are really potato chips.  Very crunchy.  So it was basically like eating a hot dog and bbq chips.  Not very special.

Of course we had to get the turkey leg.  While many vendors sell turkey legs, I really think Tony's makes the best ones.  Smoked perfectly. The turkey legs are also humongous. 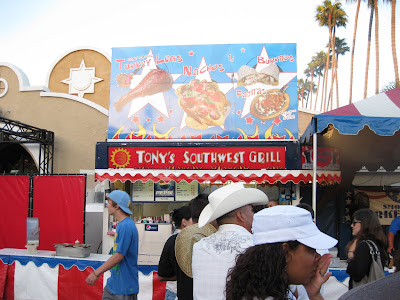 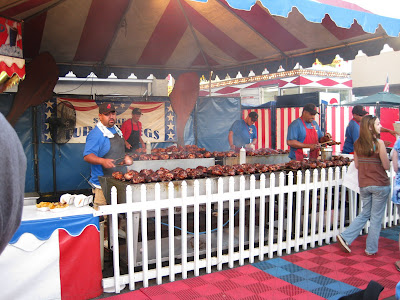 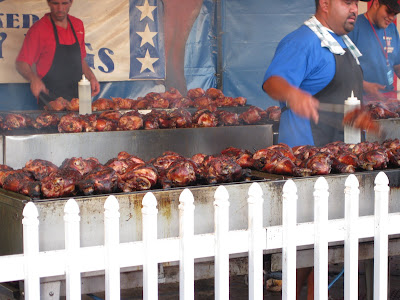 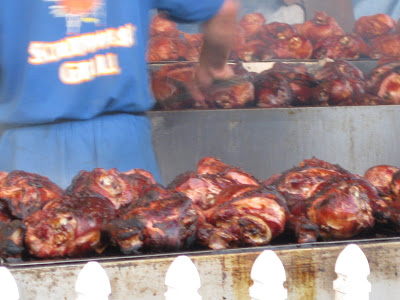 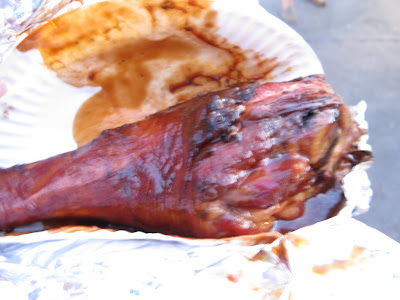 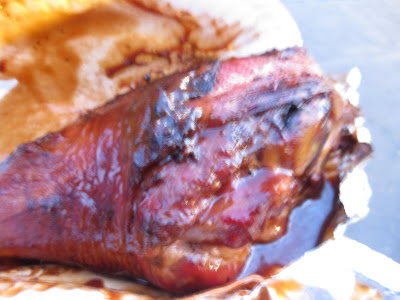 The outside is crispy, the outside is a pretty smoked pink.  There is an option for bbq sauce, which we got.  Made it even tastier!  They have foil to wrap it in if you can't finish- which most people can't.  I dont think the picture shows just how much meat this was.  We ended up bringing ours home,, where Little Brother polished it off.

Finally, we got a jumbo corndog from Juicy's. 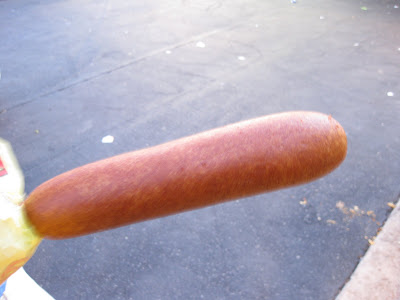 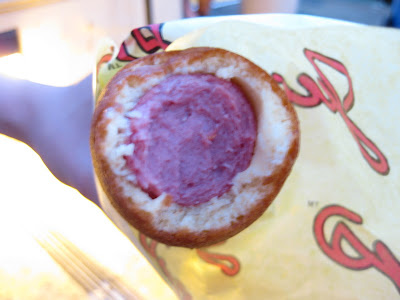 The outside is slightly crispy and has a light corn batter.  The inside is a large hot dog.  I'm glad they used a big one rather than a skinny one like the skinny ones used in the zucchini weenis. It was pretty tasty.

Before leaving, we stopped by to visit the baby chicks.  They had grown so much since our first visit!

This was from our first visit: 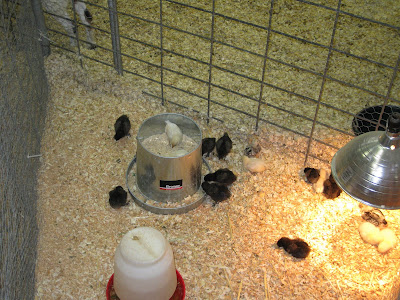 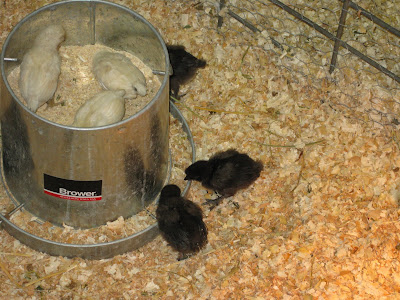 This is from our second visit: 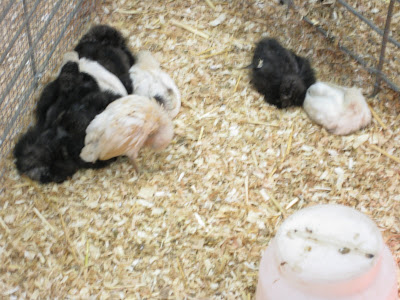 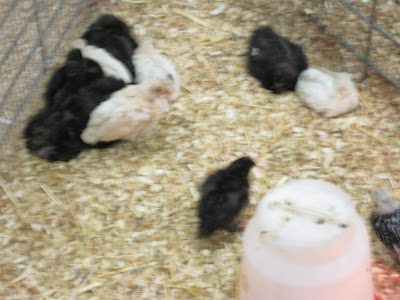