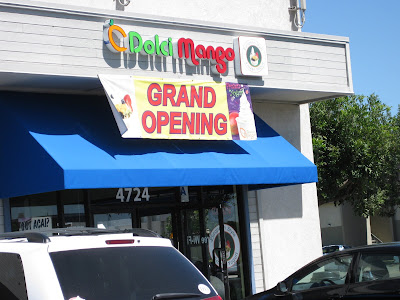 With so many fro-yo places always popping up, I barely perk up at the sight of new ones anymore.  A while back, I saw the grand opening sign for Dolci Mango.  I was a little bit interested, but soon forgot about it.  I noticed it again a few months ago, when in the same plaza.  Still not interested enough to check it out.  I did, however, read some yelp reviews on it.  This perked my interest.  Dolci Mango is priced at .33/oz and offers waffle cone pieces as a topping (a topping I haven’t yet seen at other yogurt places).  So I added it to my list of places to try.

For some reason, the grand opening sign is still hanging in front, though it’s been open for so long.  Inside, the decor is actually quite cute.  They have color plastic chairs and tables that have a bit of a futuristic look with its design and shiny colors. 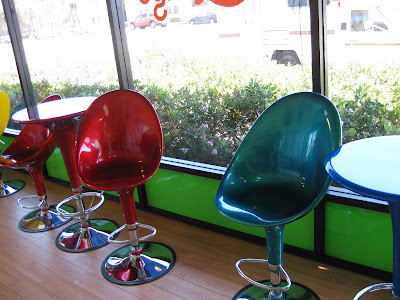 They have a nice variety of yogurt flavors, including no sugar added and no fat ones.  Though not as many as Yogurt World, Yogurt Lounge or Forbidden Yogurt. 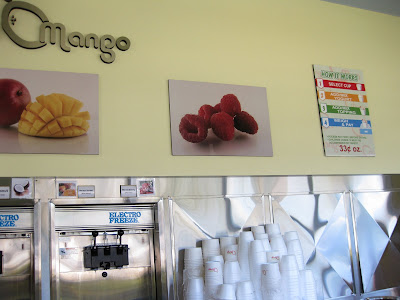 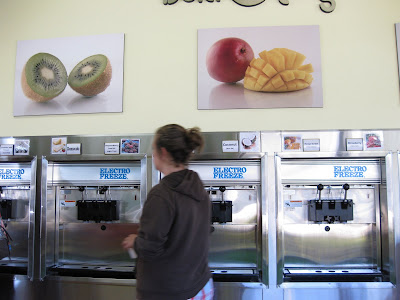 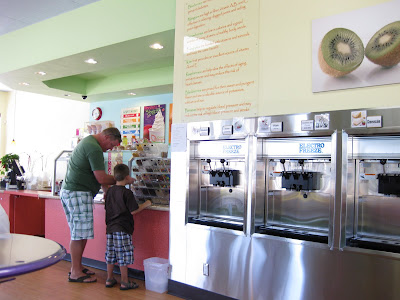 I had some of the coconut yogurt, as I don’t usually see this flavor.  Very creamy, but the coconut taste was very subtle.

They had the standard array of toppings: candies, cookies, cereals, fresh fruit, mochi balls.  As stated in yelp reviews, they did have waffle cone pieces as well.  For some reason though, the bits of waffle cone pieces didnt taste nearly as satisfying as a waffle cone filled ice cream. 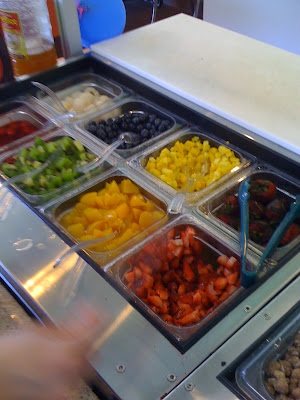 One big topping this place was missing was jellies!  No jellies, no nata de coco, etc.  Also no canned lychee!

Priced at .33/oz, this is on the cheaper end of self-serve yogurt places.  While I wouldn’t specifically seek out this place, if I’m in the area, it’ll satisfy my frozen yogurt cravings.

I had originally planned on taking a picture of my masterpiece, but then completely forgot about it until I had devoured most of my yogurt!