by Kirbie
1182shares
Jump to Recipe 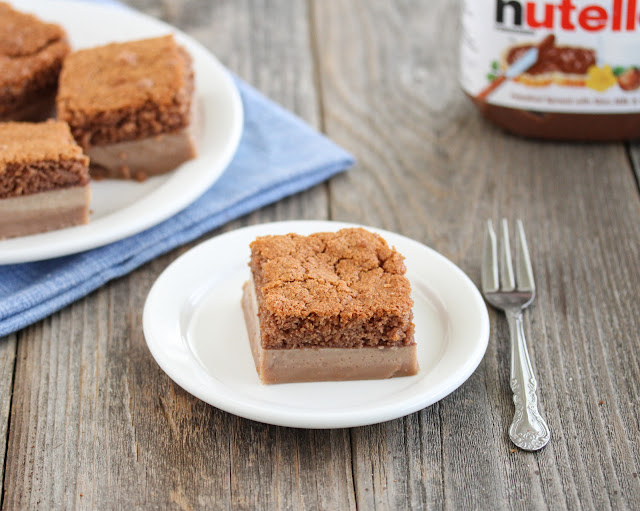 Magic Cake has been really popular on food blogs lately. It’s called “magic cake” because it magically becomes a three layer cake during the baking process. 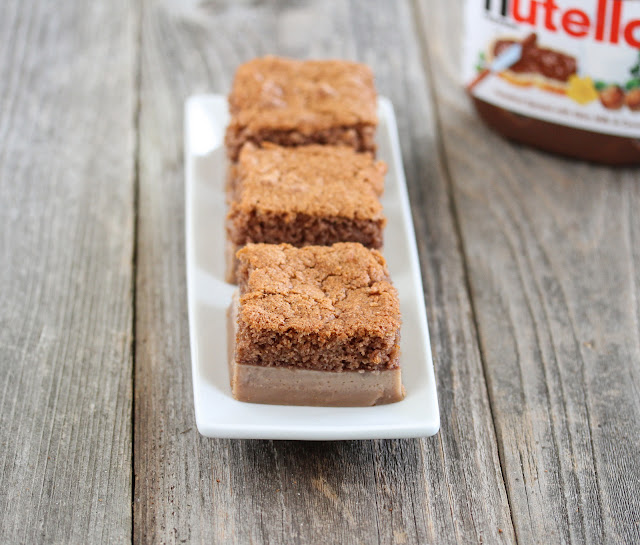 The top layer is a soft cake. The middle layer is a silky custard. And the bottom is a dense crust.

I had the recipe bookmarked for a while. But every time I got around to it, I’d re-read the instructions and then I’d get lazy and put it off. It’s not a hard recipe, but you have to separate the eggs and that instruction always makes me super lazy. 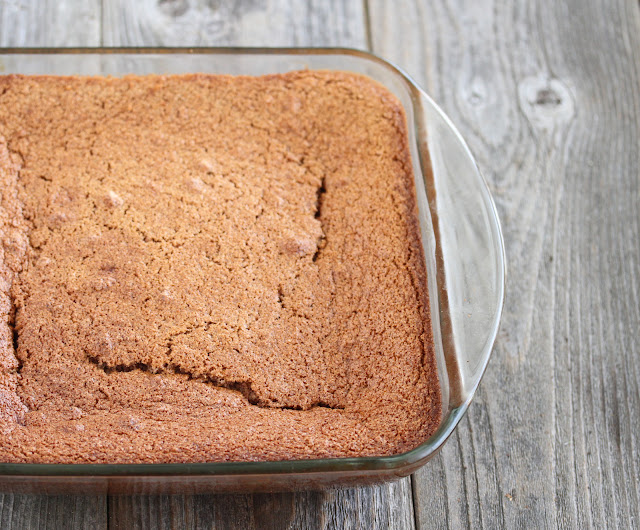 Well, I finally got around to doing it this weekend, and I’m so glad I did. This is one seriously delicious dessert.

It also gave me a chance to try out my new OXO egg separator, which worked surprisingly well. I love that it just hangs off the mixing bowl. 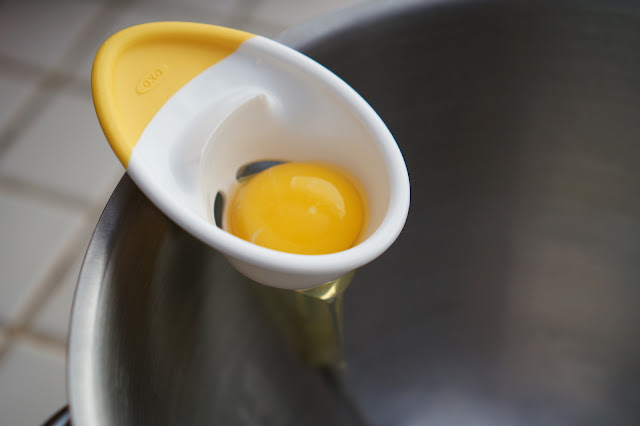 There have been many variations on the dessert out there and I decided for my first one, I’d try making a Nutella one, modifying some of the recipes I came across. I worried it wouldn’t work with all my little tweaks, especially since my finished batter looked like this unappetizing lumpy mess. 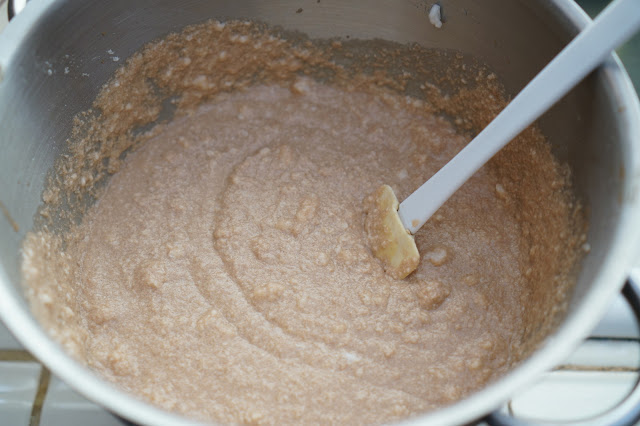 There were definitely many steps along the way where I thought I had done something very wrong, but it ended up magically turning out beautifully. 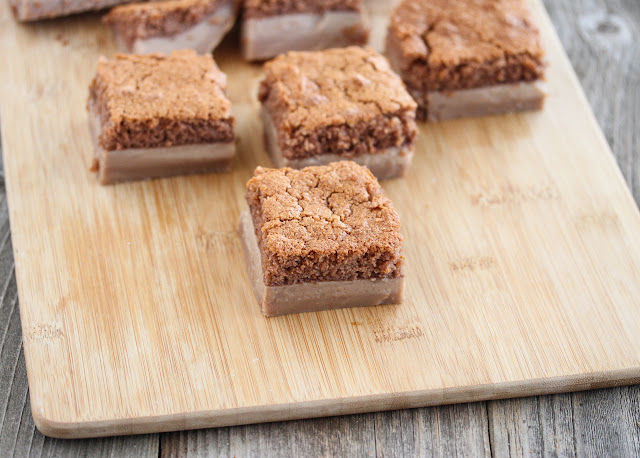 I love how this cake came out. It even has three separate colors for the different layers. I was so busy admiring it that I only realized now that I didn’t decorate the cake slices with sugar or fruit. I still think it’s quite pretty on its own. 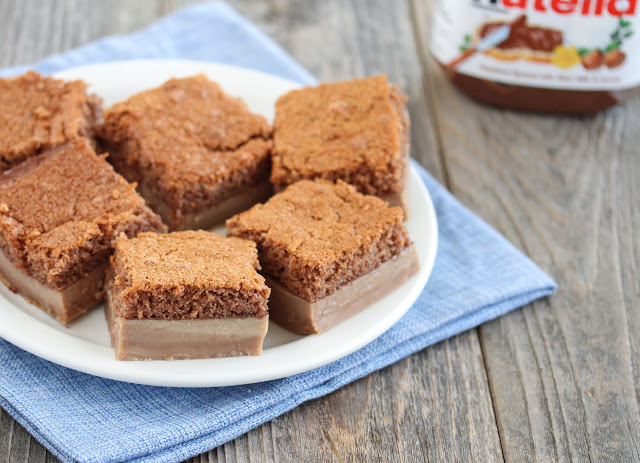 It’s pretty impressive to present this cake which takes less effort than a normal three layer cake. I would love to make this one again, especially to bring to a party. I already have a couple of other variations I want to try out. 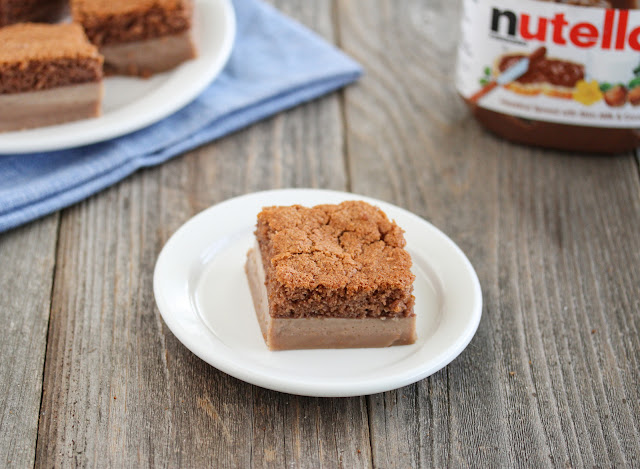 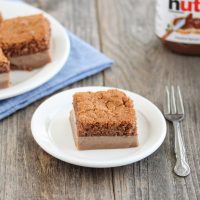 Servings: 8
Prep Time: 25 minutes
Cook Time: 1 hour
Total Time: 1 hour 25 minutes
Course: Dessert
Cuisine: American
Magic cakes magically become a three layer cake during the baking process. The top layer is a soft cake. The middle layer is a silky custard. And the bottom is a dense crust. This Nutella version is one of my favorites!
Print Pin Rate

Did you make this recipe?I'd love to see it! Mention @KirbieCravings and tag #kirbiecravings!
1182shares
Posted in: Cakes, Nutella, Recipes
27 Comments // Leave a Comment »