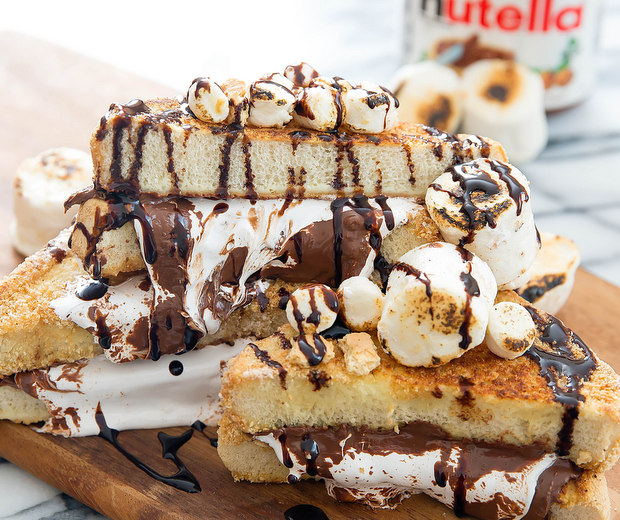 Nutella S’mores French Toast. Because it’s the weekend and you deserve it.

Graham cracker crumb crusted French toast slices, stuffed with marshmallow creme and Nutella spread and topped with toasted or torched marshmallows. Worth. Every. Calorie. It’s so good, I’ve already made it twice! 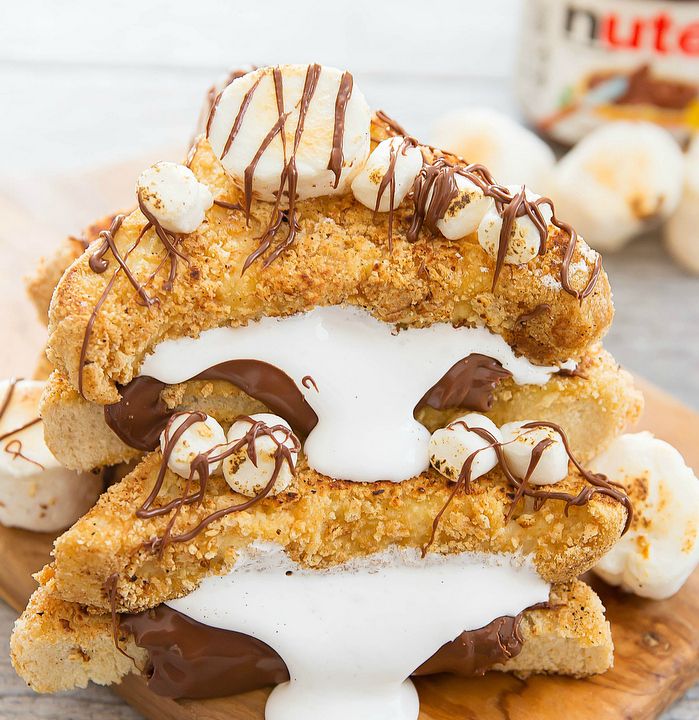 It’s been a really busy week but I wanted to end this week on a sweet note. I had a yummy brunch a few weeks ago at Breakfast Republic where they served a S’mores French Toast. So of course I had to recreate my own version at home. And since I’m a Nutella addict, I had to use Nutella spread, which is a perfect chocolate component. This dish is a little messy to put together, but it is delicious. 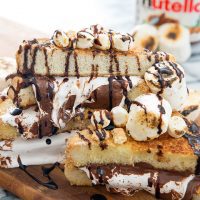 Did you make this recipe?I'd love to see it! Mention @KirbieCravings and tag #kirbiecravings!
Posted in: Breakfast foods, Nutella, Recipes
0 Comments // Leave a Comment »