One Pot Macaroni and Cheese

This extra cheesy macaroni and cheese is ready in less than 20 minutes. It cooks in one pot and you don’t need to drain out the water. 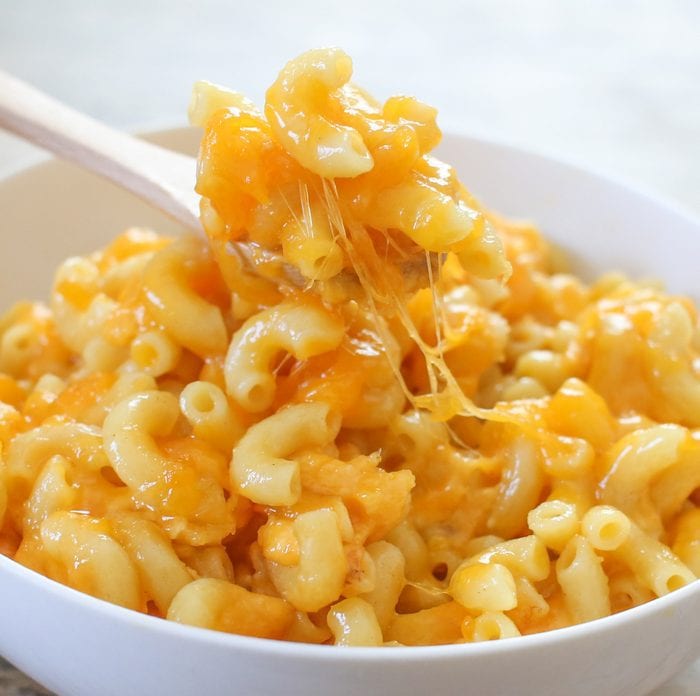 After making so many one pot pasta recipes, I decided to tackle macaroni and cheese. I actually made this two ways: one method involves cooking everything together at once and the other involved adding the cheese at the end. Both take about the same amount of time and it really comes down to preference as which version you may enjoy better. 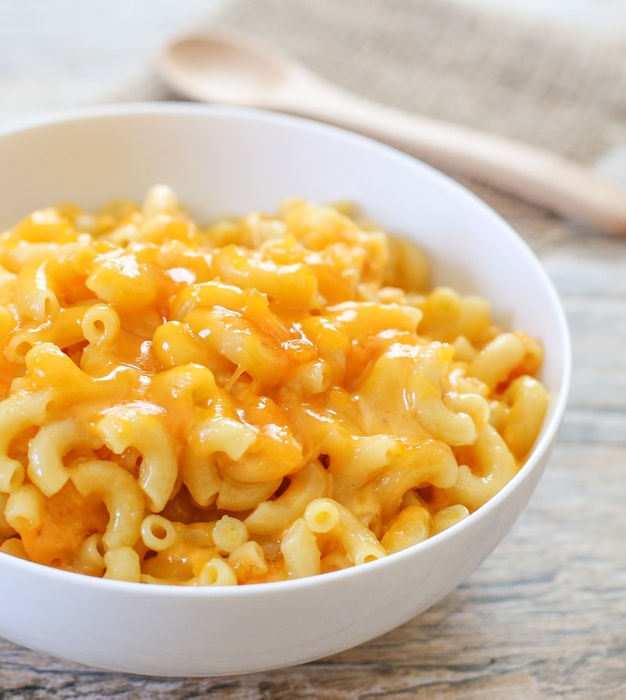 Add all the ingredients together into the pot and cook them at the same time. 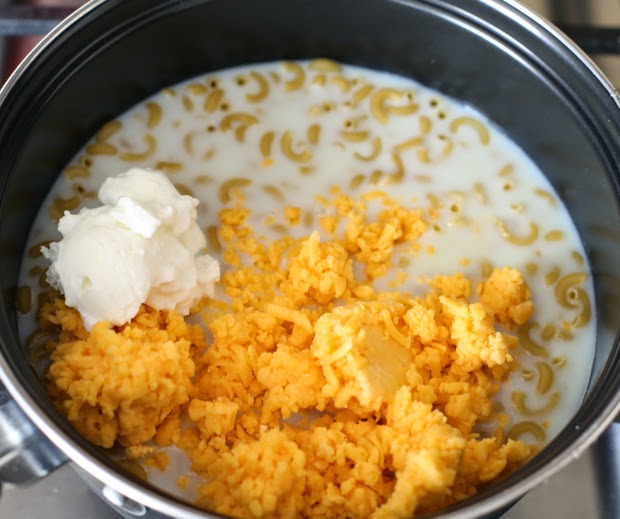 I have to admit, I was a little worried. If you’ve ever made macaroni and cheese from scratch, you know the cheese is always mixed in at the end. I wasn’t quite sure what would happen if I had it cooking the whole time. Ignore the Greek yogurt in the pot. I was experimenting with ways to break down the cheese and make it creamier, but cooking Greek yogurt did nothing for this recipe.

In both versions, the pasta is cooked in milk. This eliminates the need to drain out the water. The milk tenderizes the pasta and adds a creaminess to the finished result. It also evaporates while cooking. While I often make macaroni and cheese with different types of pasta, for this recipe I recommend you stick with the mini elbow macaroni noodles because you want something that will cook fast (before the milk evaporates) and that will stay submerged under the milk.

End Result: The macaroni gets a light coating of cheese and is slightly oily from the cheese oils cooking with the pasta. Mixed in are small pieces of cooked melted cheese which taste a little like the squeaky cheese curds found in poutine though not nearly as chewy or squeaky. To get a more uniform look, I sprinkled the top of my bowl with additional shredded cheese. Since the pasta was still piping hot, it easily melted on top, giving the pasta an extra layer of melted cheese that stays with you for each bite. Yum! 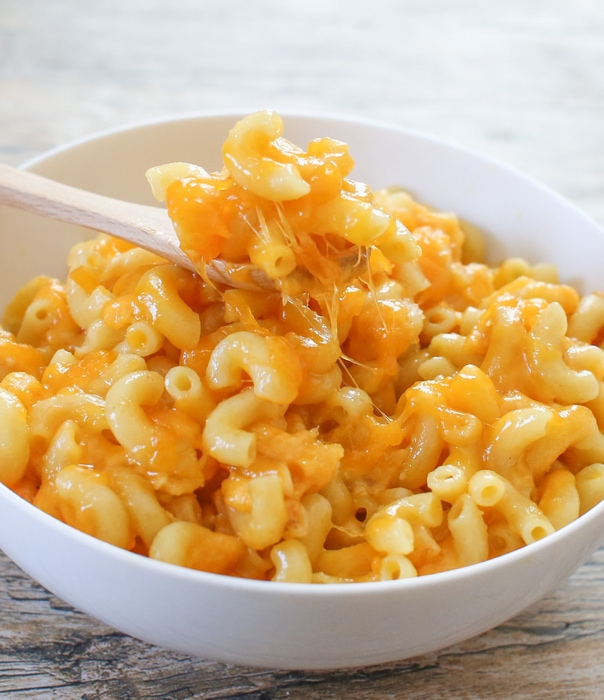 Cook the pasta in the milk and then stir in the cheese at the end. 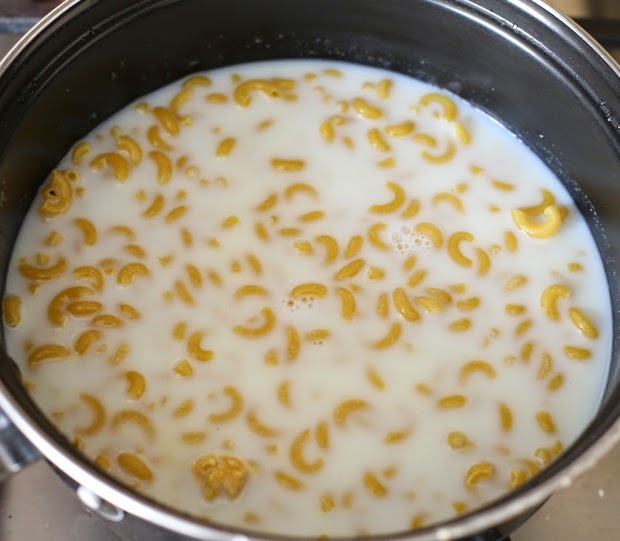 End Result: The cheese melts uniformly and creates a thick coating on the noodles. It’s a little bit grainy in appearance so I made it a little creamier with some Greek yogurt. Though it’s the same amount of cheese, I felt that the cheese overwhelmed in this version and the Greek yogurt added a little tanginess to the sauce that I didn’t love as much.

I preferred the first version with the lightly coated noodles and separate melted cheese. But you can go ahead and try both and judge for yourself. 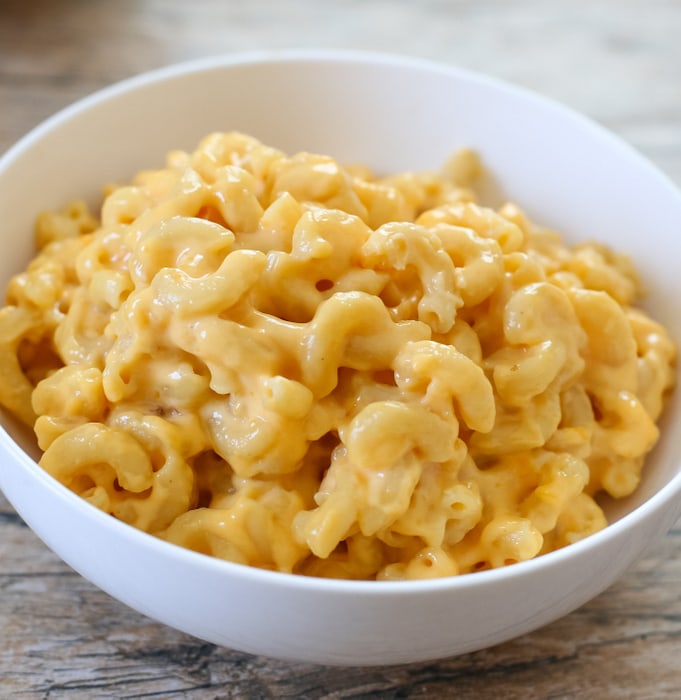 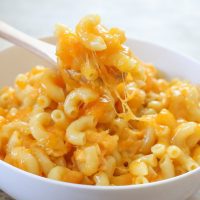 One Pot Macaroni and Cheese

Servings: 2
Prep Time: 5 minutes
Cook Time: 10 minutes
Total Time: 15 minutes
Course: Main Dishes
Cuisine: American
This extra cheesy macaroni and cheese is ready in less than 20 minutes. It cooks in one pot and you don't need to drain out the water. Depending on your preferences I'm sharing two ways to make this recipe.
Print Pin Rate 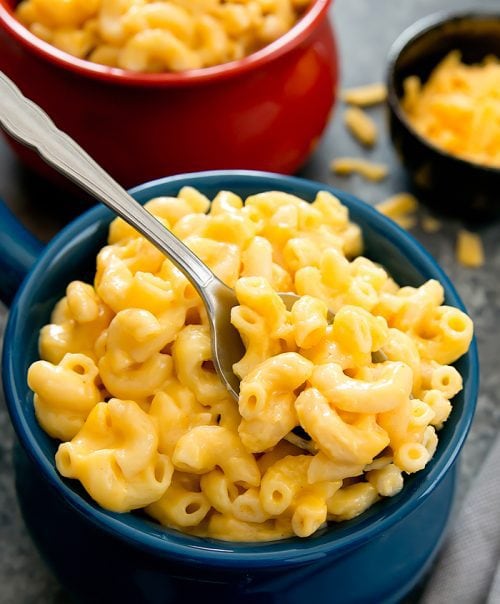 10 comments on “One Pot Macaroni and Cheese”