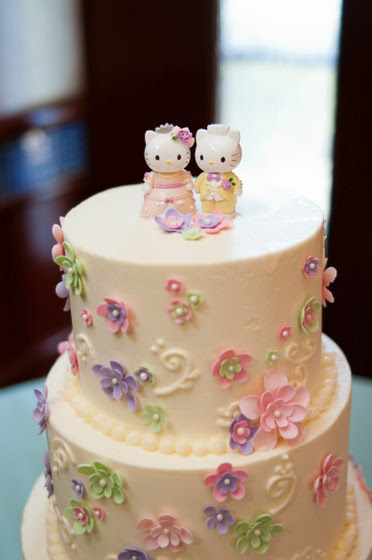 One year ago, I married Mr. K.

After 12 years together, I worried that we would skip the newlywed stage and there would be nothing exciting or new about being married. Luckily, that didn’t happen. Even after a whole year, we still get giddy calling each other “my wife” or “my husband.” And it’s been amusing and fun discovering life together as a married couple. 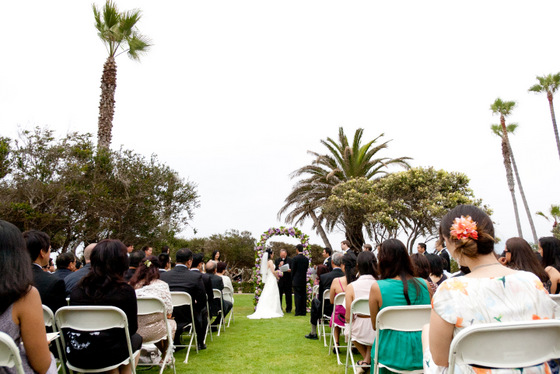 For 12 years, Mr. K was a good boyfriend, but he’s been an even better husband. I won’t bore you with the mushy stuff.

I haven’t yet gotten around to posting all of our honeymoon trip to Europe last year. I hope to get to them eventually, but I wanted to share a story of one of a moment we had in Italy. 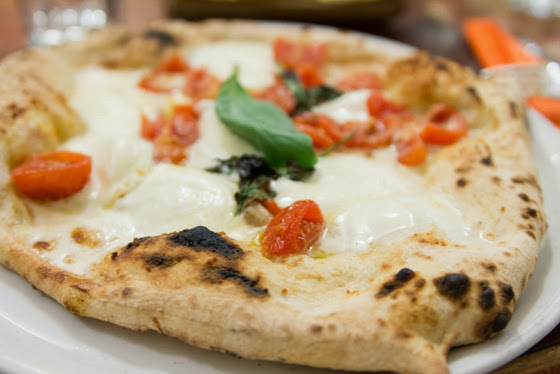 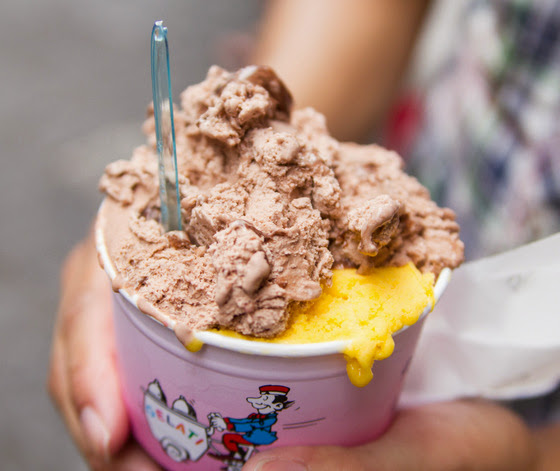 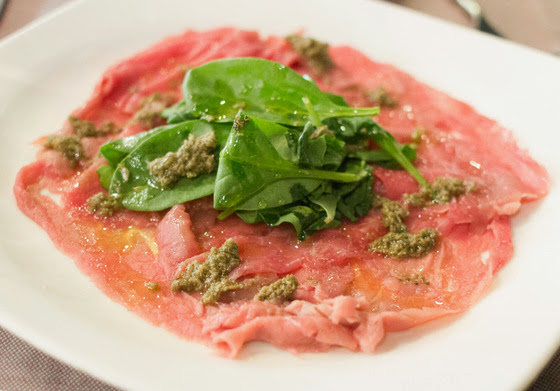 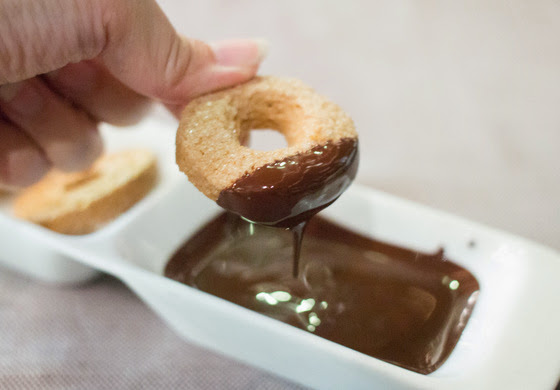 I mentioned previously that after almost a year of dating, Mr. K went to Rome to visit his uncle and aunt. He called me almost daily during his time there and his aunt and uncle got to know me so well from those phone calls, so it was so nice when I finally got to meet them for the first time during our wedding and again on our honeymoon. When Mr. K came back from his trip, he told me that he had carved our initials at the Vatican. I always thought that was such a romantic gesture and so when we planned our honeymoon trip, I knew we just had to go back and visit the spot where he had carved our initials more than a decade ago. 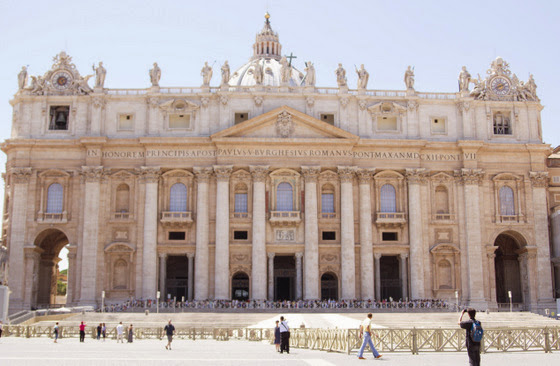 On the day we visited the Vatican, it was nearly 100 F. We had signed up for a tour and the entire time, I waited for us to reach the spot where the initials were supposed to be. It turns out, it wasn’t part of the tour. After some asking around, we realized we had to buy tickets to climb to the spot where Mr. K had carved our initials. He had done it at the top of the dome of St. Peter Basilica. 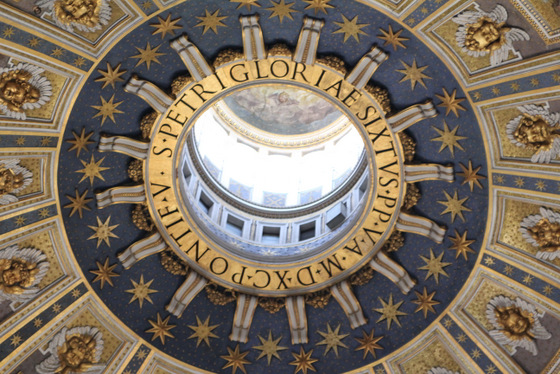 We waited for a while and the climb was difficult. It wasn’t so much that it was too many stairs, but because we were walking up the interior of a dome, the stairways were extremely narrow and even slanted, so half the time we were climbing at an odd slanted angle. And of course it was very hot. 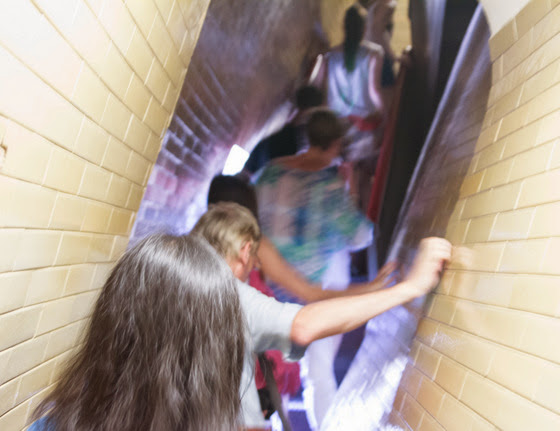 Once we reached the top and went outside, Mr. K realized he couldn’t quite remember where he had carved the initials. He began to duck from pillar to pillar, each of which looked identical except that they were numbered. He told me he had carved the initials on a bench of one of the pillars. Finally, he came to a stop and told me he recognized the spot. Well, as luck would have it, there was someone sitting on the bench—in the exact spot where he remembered the initials to be. By this point, we had already gone through about a dozen or so pillars and benches and all of them had been empty, but this one was occupied. 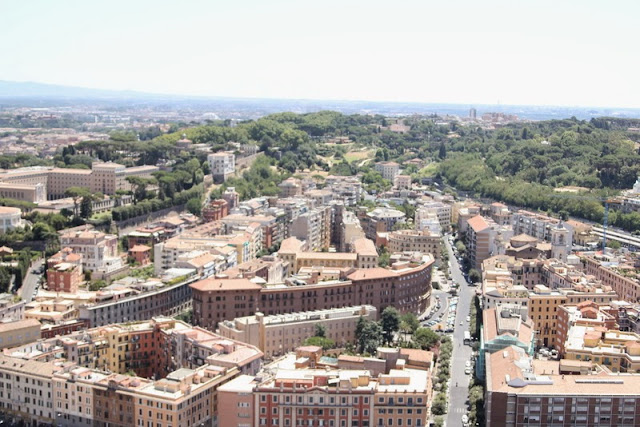 And not just occupied by anyone. It was occupied by a nun! We hesitantly made our way over and the sweet nun, thinking we were tired, offered us a seat on the bench next to her. We sat there for a while, admiring the view of the city from the top. At some point, Mr. K and the nun bonded over their common background. Apparently she had grown up in the same city as Mr. K’s dad. Then, Mr. K sheepishly confessed our reason for being at the bench. He told her that 12 years ago, he had defaced church property carved our initials at the very spot where she sat. She was very nice and understood and gave up her seat so we could search. 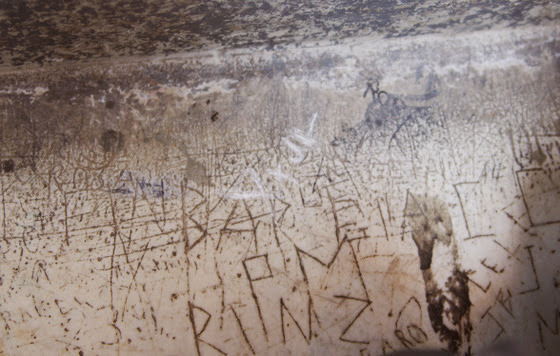 Having never been to St. Peter’s Basilica, I had always imagined it would be something very distinct for him to point out. But once we took a look at the bench, I realized that millions of others had passed through with the same idea. There so many initials etched in, and after more than a decade, ours were buried under thousands of others. We searched for a while, and eventually, we found remnants of what we are both pretty sure were Mr. K’s initials because he has a pretty distinct way of writing his initials. We never were able to find mine though. I had hoped to snap a picture of it to tell the romantic story of how he had carved our initials only after a year together and here were were 11 years later, still together and seeing the initials for the first time. It didn’t quite end up happening as I imagined but then life usually is like that. It’s still a funny memory though that we love to share.

Tonight, we have a special feast planned and a slice of our wedding cake saved for dessert. I hope everyone has a wonderful rest of the weekend!

12 comments on “One Year Anniversary”