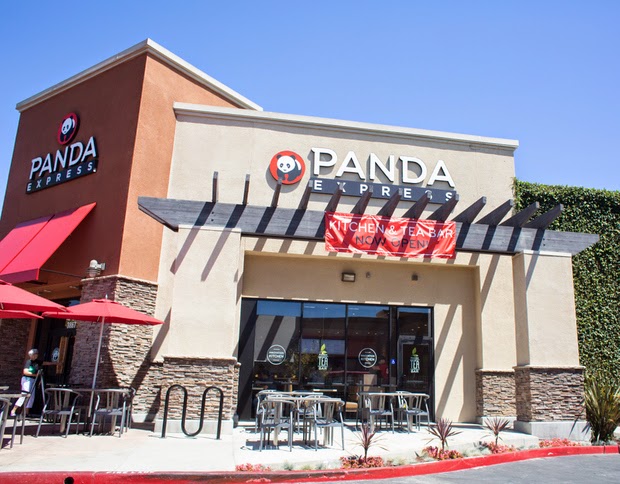 Does the idea of an orange chicken, chow mein and stir fried beef burrito entice you? Well, that is one of the many creations you can make at the new Panda Express Innovation Kitchen in Pasadena, a live test kitchen offering customers the ability to customize their meals.

I’ve personally never been the biggest Panda Express fan, but this new customizable concept had me really excited, enough so that when we were invited to check it out, we made the drive up one weekend. 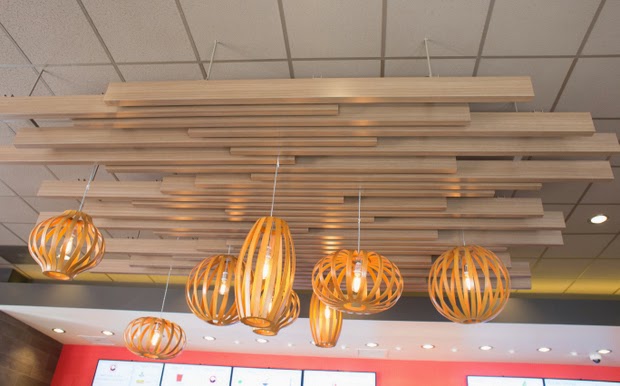 The Innovation Kitchen is quite different from the standard Panda Express set-up. It carries some of their classics like honey walnut shrimp and orange chicken, but it also has new chef creations and an option to mix and match stir fried proteins and vegetables. 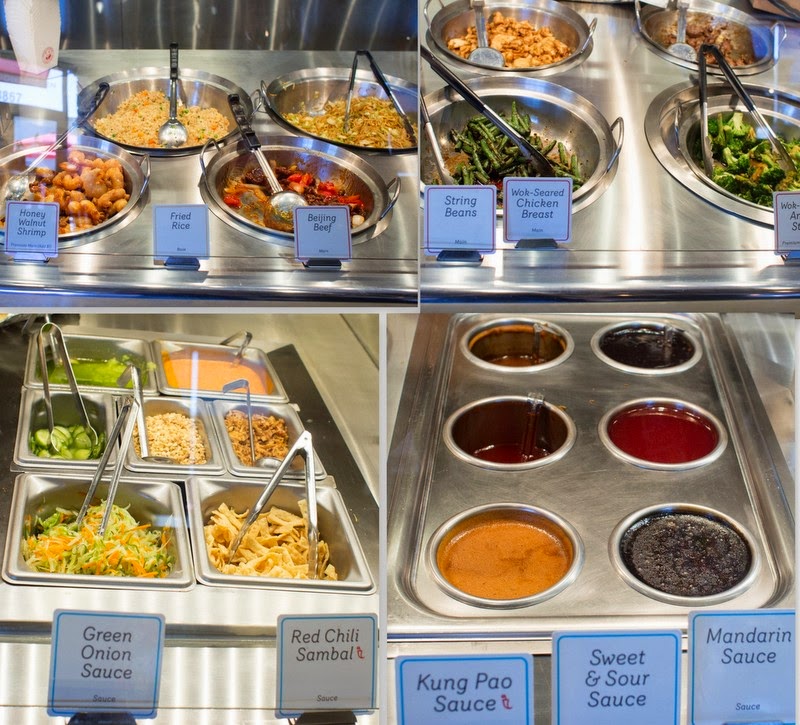 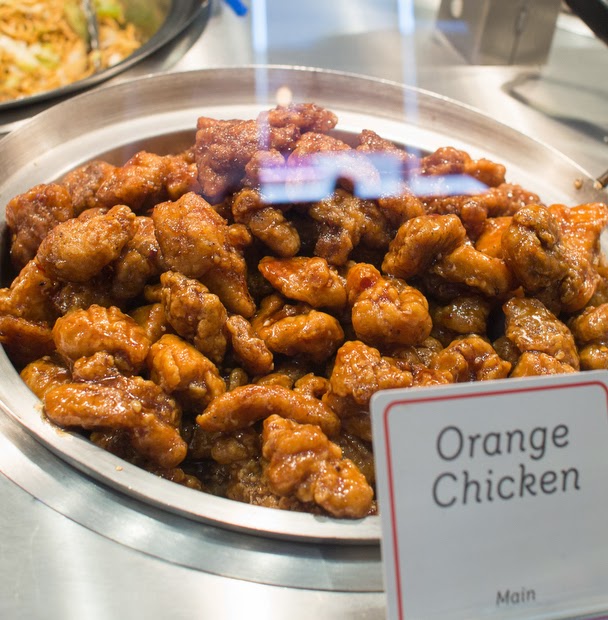 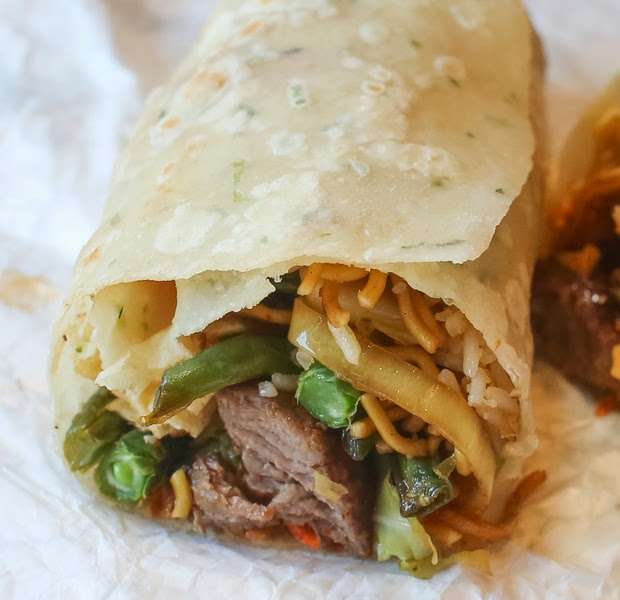 You first choose a base (chow mein, rice, wrap, or salad). I recommend the scallion wrap as it’s more unique and you can stuff chow mein or rice in there if you so desire. Then you pick your protein/vegetables. I chose to go with the classic honey shrimp and then a mix and match of stir fried beans and beef. You then can choose sauces, and additional add-ins like pickled cucumbers or fried wonton skins. A 1-item combination will set you back $5.80 and a 2-item creation costs $7.00 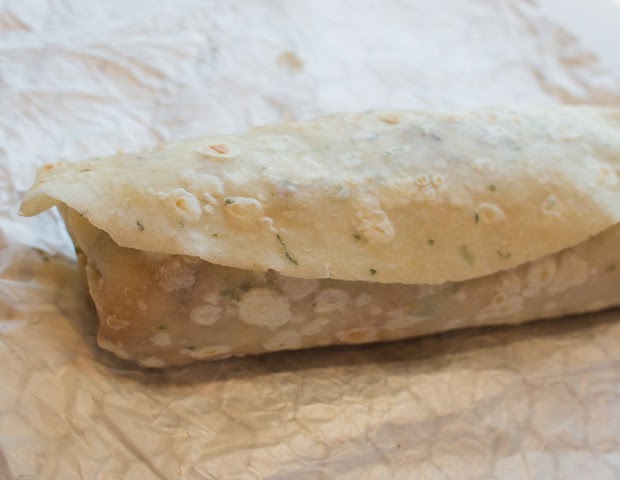 The scallion wrap is not the same as the Chinese-style scallion pancake. Instead, the texture is more like a flour tortilla with a hint of scallions. I would have liked the scallion flavor to be more prominent, but I was impressed with how well the wrap held up.

Complimentary add-ins include pickled cucumbers, which we asked for on the side. 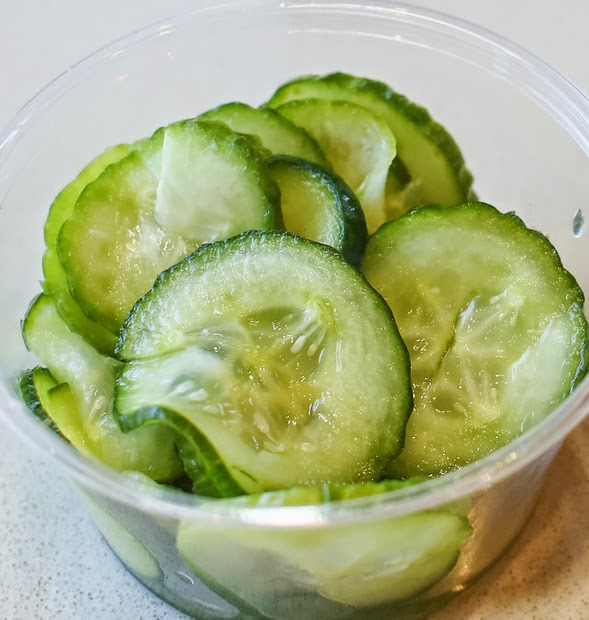 Both Mr. K and I enjoyed this wrap. I don’t know why, but just the idea of a burrito stuffed with honey shrimp and chow mein made me giddy. 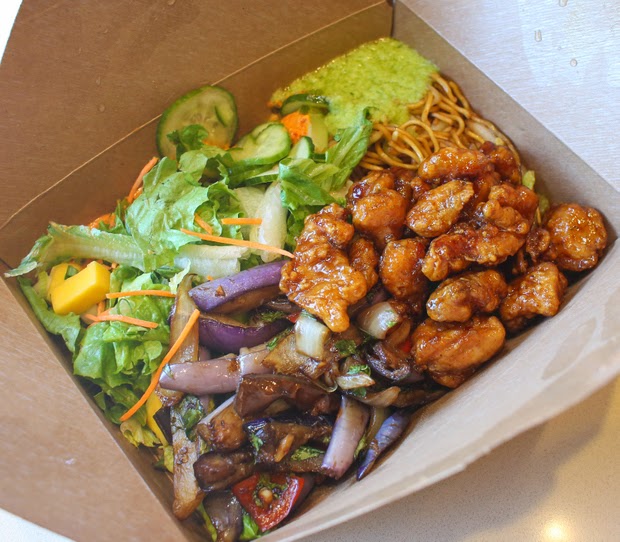 For Mr. K’s entree, he chose to go with a half salad/half chow mein base. For his two items, he chose orange chicken and eggplant (one of the three chef’s creations for that day). I usually don’t really like eggplant, but I found myself really enjoying the version here. 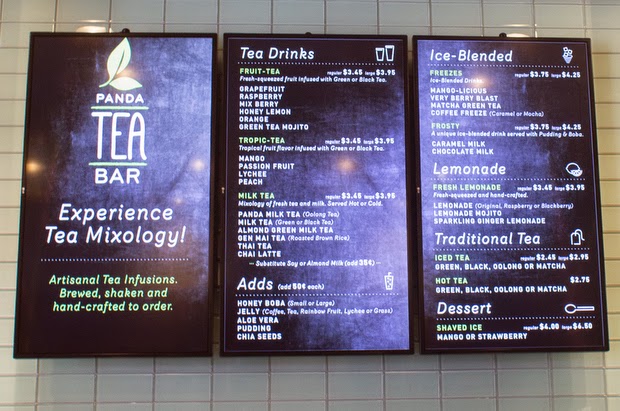 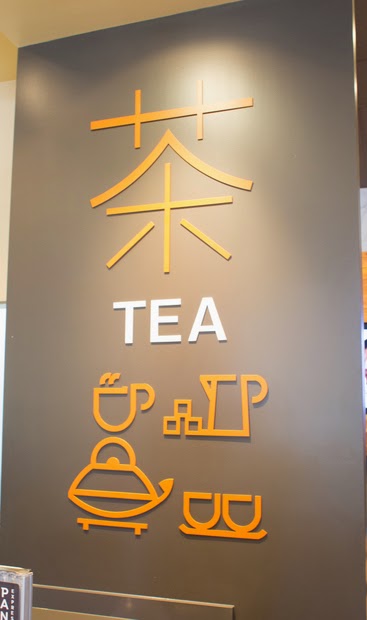 Another unique aspect of the Innovation Kitchen is a Tea Bar. Here you’ll find milk tea and some interesting drink variations that are not usually offered at the standard boba cafes. 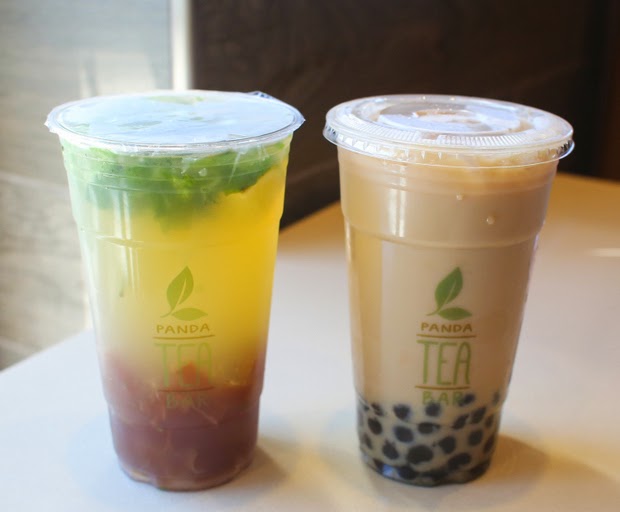 I really loved the mojito drink. The drink had a good balance and was so refreshing. The fresh mint leaves just makes this drink so vibrant and colorful. The tea jelly is made in-house as well.

Mr. K opted to try traditional milk tea with honey boba. I found the boba to be a little too soft. The milk tea tasted good, but nothing standout. 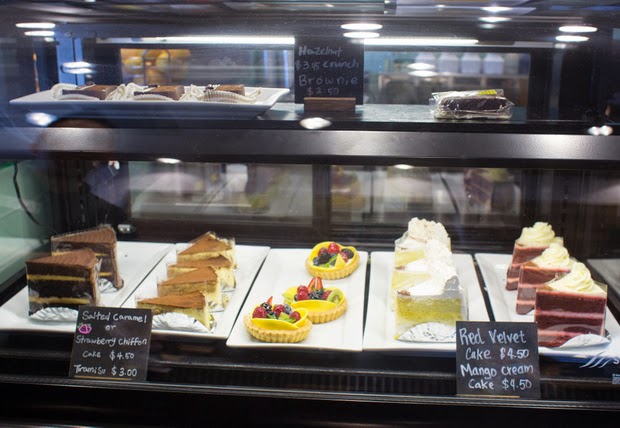 For those with a sweet tooth, they have a full dessert display offering various cakes and cookies.

Overall, we had a pretty good time here. I’m not a big fan of Panda Express though I do eat there occasionally. I enjoyed this much more than the regular Panda Express locations and would be much more willing to visit if we had an Innovation Kitchen close by. The customization makes it more fun and I also like the chef’s creations which are not offered at the standard locations. Mr. K, who already loved Panda Express to begin with, could not stop talking about the burrito.

Currently, Pasadena holds the sole Panda Express Innovation Kitchen. The space acts both as a testing ground for new concepts but also will likely expand to other cities.

Please note, as I indicated above, we were invited to check out the new concept and our meal was complimentary. I was not further compensated for this review and my opinions are my own.