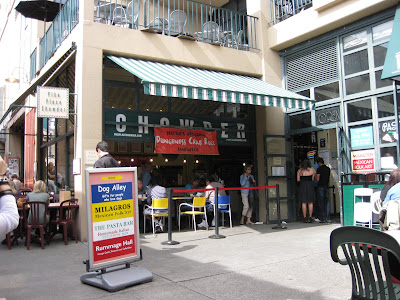 After sampling the seafood bisque from Pike Place Chowder during our Tasting Tour, I knew I wanted to stop in for a full meal. The original plan was to eat it for dinner the same day of our Tasting Tour, since we weren't that hungry.

Unfortunately, the place was closed by the time we stopped by, which was around 5:45. Apparently, Pike Place Chowder closes around 5. The next day, it was rainy and cold, so chowder sounded like a perfect lunch spot.

We were lucky enough to get a seat indoors, as sitting outside would not have been fun.

The chowder at Pike Place is pretty famous, with their clam chowder and seafood bisque winning awards.

There is a big sign outside of Pike Place stating that they are home to the original Dungeness Crab Roll, so of course we had to order it. We also decided to try the four chowder sampler, allowing us to try four of the different chowders they offer. 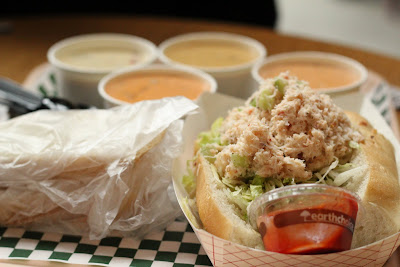 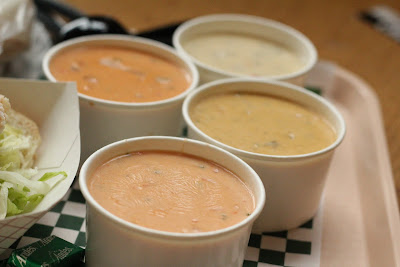 The chowders here are so popular that they ship them as well as pack them for you so you can take them on your flight home.

The dungeness crab roll was served on a thick roll, with a bed of shredded lettuce and a mound of shredded crab. It was served cold. It didn't have much flavor to it as it was literally just shredded crab on a roll. I love crab, so I liked eating large quantities of crab, but the sandwich didn't stand out much. 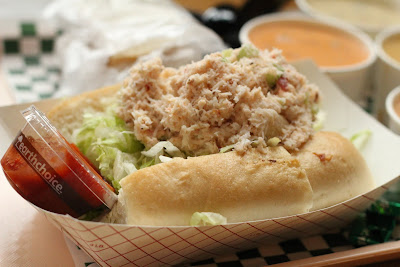 The chowders were definitely the highlight. It was some of the best chowders I've ever tasted.