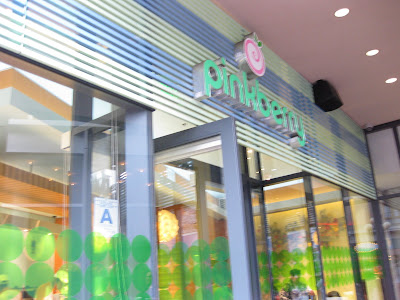 Before froyo places began popping up on every corner, there was Pinkberry.  While Pinkberry is not the original frozen yogurt shop, it is arguably one of the main factors that helped launch the froyo craze, thanks to Hollywood's obsession with Pinkberry.

There have been a few Pinkberry locations open in San Diego for a while.  But I haven't really had a desire to go because of all the negative reviews about it being overpriced and not very tasty.  I also don't like that it's not self serve.  I love all the topping offered at self-serve yogurt places.  Sometimes I think I am at the yogurt places mainly to eat toppings.

Recently, I thought I should give Pinkberry a try just so that I can say that I've at least tried this famous froyo place.  Then I got an email about two new flavors they had just launched: passionfruit and coconut.  Both flavors I enjoy.  So a few weeks ago when I was in the area, I decided to pay Pinkberry a visit.

Ordering a Pinkberry yogurt is a bit like ordering a coffee from Starbucks.  You tell them the size you want, the flavors, when you want the flavors swirled or side by side and then the toppings.  You then sit and wait while they make your order.  The prices are slightly higher than other yogurt places, but I knew that going in. 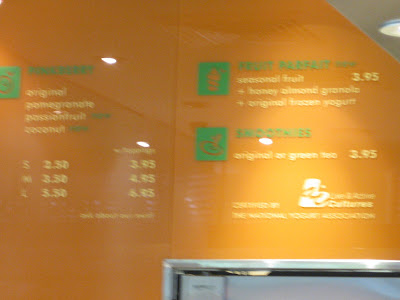 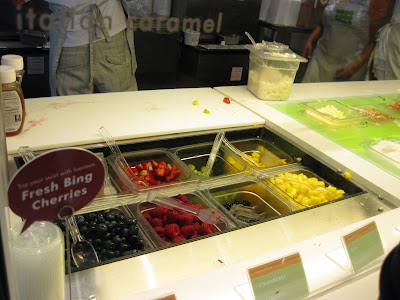 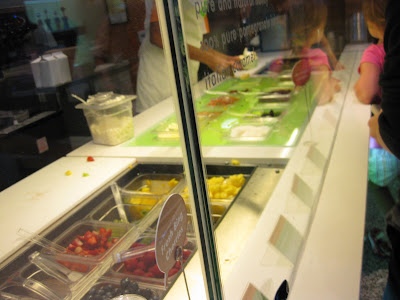 After waiting a few minutes, my yogurt was ready.  I got a small, with passionfruit and coconut, side by side.  My two toppings were mochi and lychee.  There was only a little of each topping in my yogurt.  The lychee they used was fresh as opposed to canned lychee, which was nice.  Unfortunately,all the lychee in my yogurt were sour, which did not taste well with the yogurt.  Since it is lychee season, I dont know how Pinkberry ended up with so many sour lychee.  All the ones I have been eating from the markets have been super sweet. 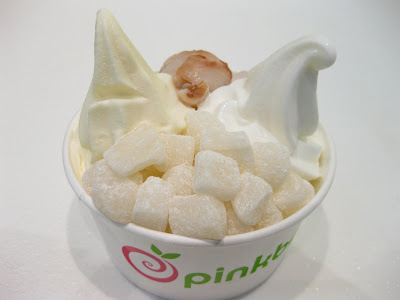 I enjoyed the passionfruit and the coconut yogurts.  The passionfruit was slightly sour and the coconut was creamy and sweet.  The yogurts were creamier than other yogurt shops, which I like.  Sometimes they can be too watery at self serve places.  Overall, the yogurt tasted good.  But not enough to compensate my love for self serve yogurt places that offer dozens of flavors and toppings. 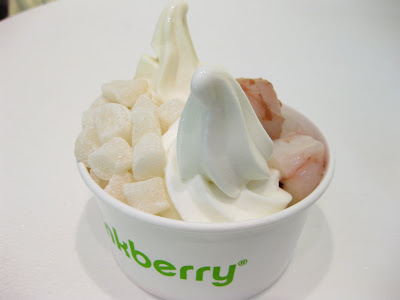