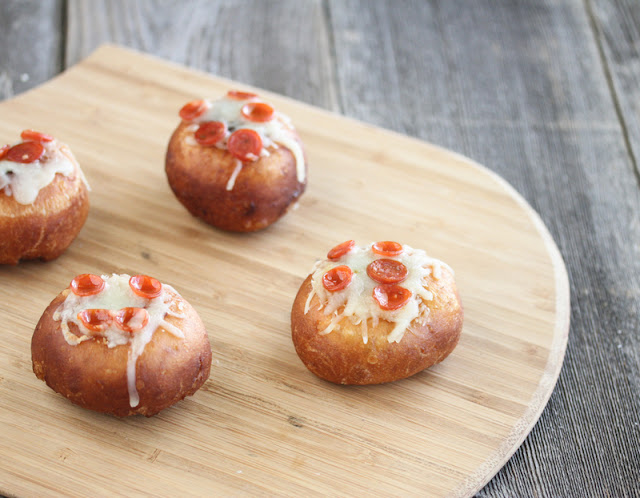 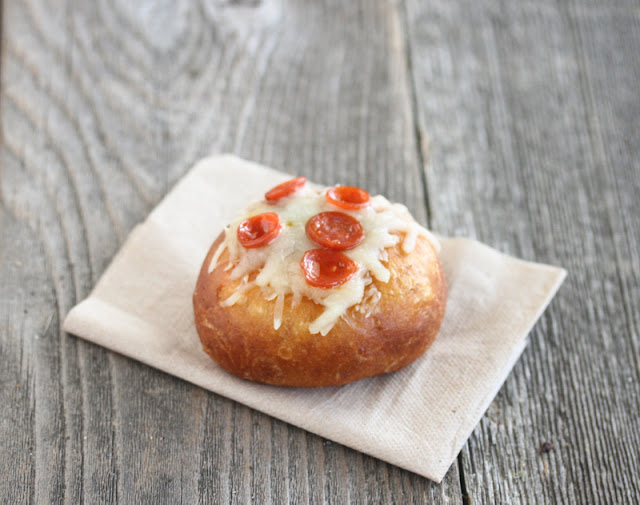 I wasn’t really trying to invent another pizza recipe to top the cupcake one, but these just sort of happened. It started off when I made the deep fried pizza balls, which used pizza dough. But of course when one thinks of fried dough, my mind immediately turns to donuts. 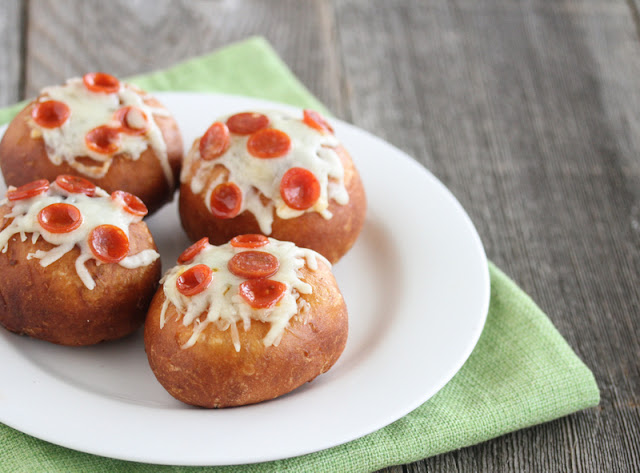 And then I thought, why not make donut holes stuffed with pepperoni and cheese? A lot of donut dough recipes aren’t actually sweet. The sweetness comes from the glaze, sugar, etc that comes after. So it definitely makes sense to make a savory donut. 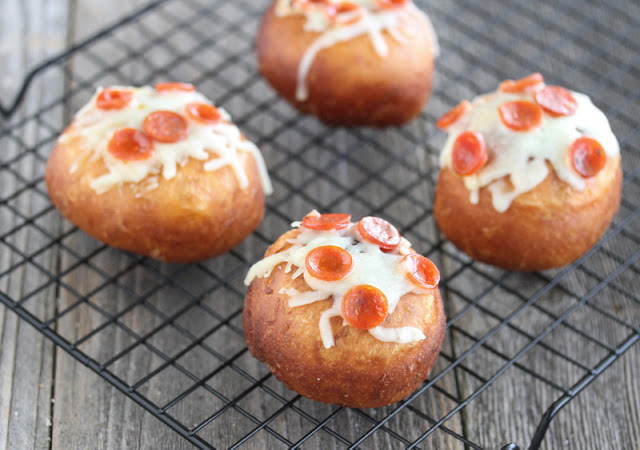 But when I thought about the donut holes, I realized they would look exactly like my fried pizza balls except with a different type of dough. And really, they don’t look so pretty. Plain brown balls do not represent how good these taste. So after thinking hard on how to decorate them, I realized what I needed was a bigger surface. 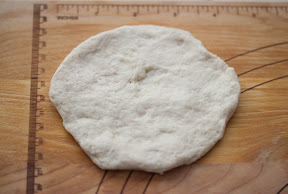 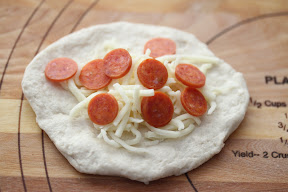 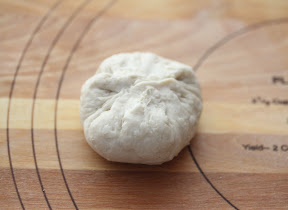 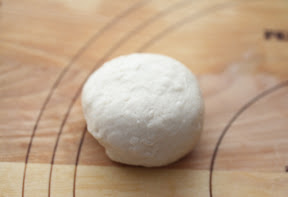 And then I came up with these. Just like sweet donuts with filling are shaped as large rounds, I shaped my savory filled donuts the same way. And this gave me enough surface area to work with to sprinkle more cheese and pepperonis on top. I made mine a little on the small side so that the dough would cook. As a result, I still didn’t have as much surface area as I would have liked and the cheese kept falling off, but I think it still works. 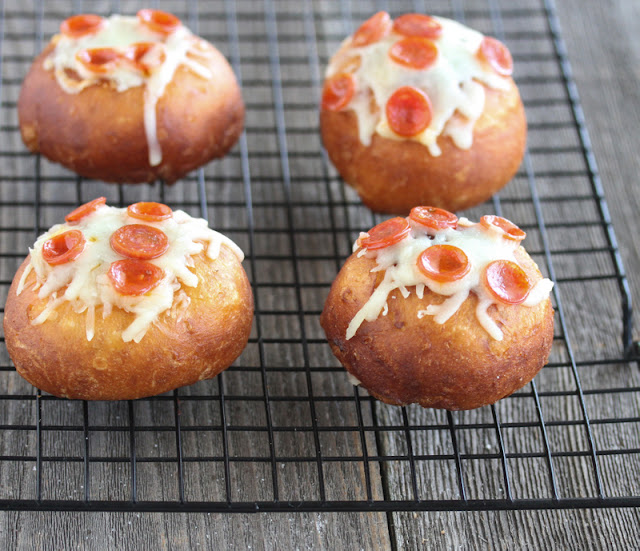 As an easy shortcut, rather than going though a yeast doughnut dough recipe, I used Pillsbury biscuit dough. These fried up so pretty. And the taste. OMG. These are so good right after they leave the fryer. The dough is so fluffy and the cheese is so soft and melty. I was having a hard time not eating them all before photographing them.

This is my last Game Day idea for this year though, really, these are good year-round. 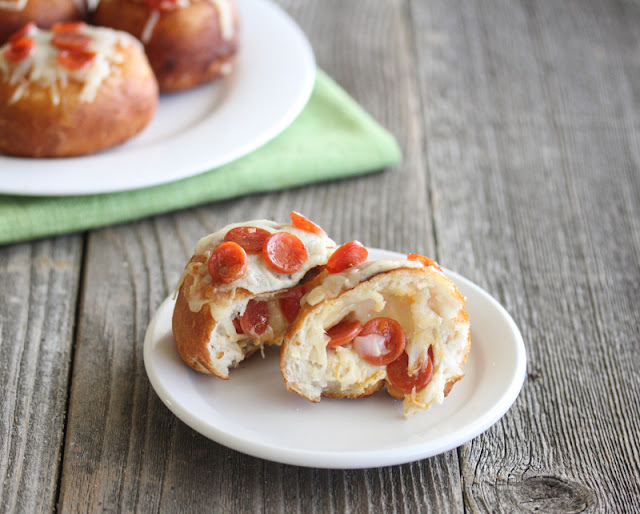 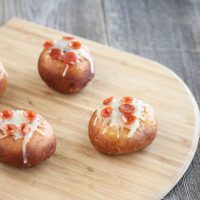 Substitute turkey pepperoni if you want these to be a little healthier.

Did you make this recipe?I'd love to see it! Mention @KirbieCravings and tag #kirbiecravings!
Posted in: Appetizers & Side Dishes, Donuts, Pillsbury Dough, Recipes
9 Comments // Leave a Comment »