I first read about Pizza Hut’s new crazy cheese crust pizza on April 1st and thought it might be an April Fool’s hoax. But the next day, it was still in the news, assuring me that it wasn’t a prank.

DH has been craving Pizza Hut lately, so I thought this was a perfect opportunity to try the new pie. If you’ve seen the advertisements and commercials, this is the picture they present you with:

The crust is shaped so that there are little pockets decorating the outside rim of the pie. These pockets are then filled with a five blend cheese mix (provolone, asiago, mozzarella, fontina, and white cheddar), to create a cheese bowl effect.

I had wanted to order the pepperoni one to see how mine would compare with the advertisement. But DH had his heart set on a pepperoni pan pizza and I didn’t want pepperoni overload, so we got sausage instead. 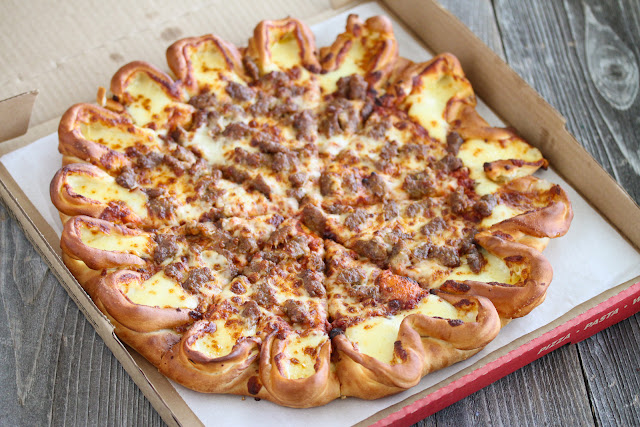 I was pleasantly surprised to see that the crust did resemble the crust from the advertisements. The pizza was divided so that each slice had exactly two mini cheese pockets. 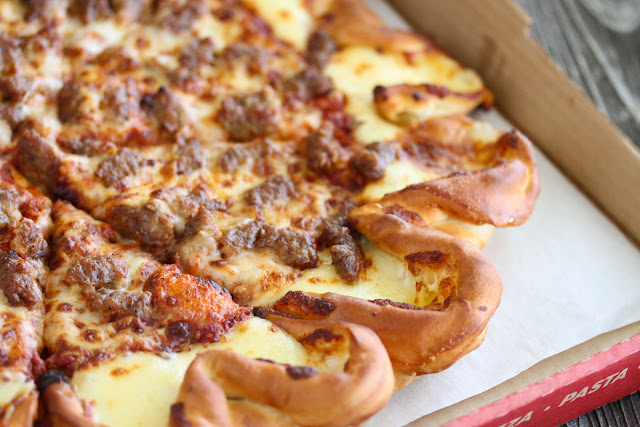 The bottom crust is quite thin and much thinner than the standard Pizza Hut crust, probably to balance out the rich and thicker crazy cheese crust.  It was still sturdy enough to hold the pizza toppings though. 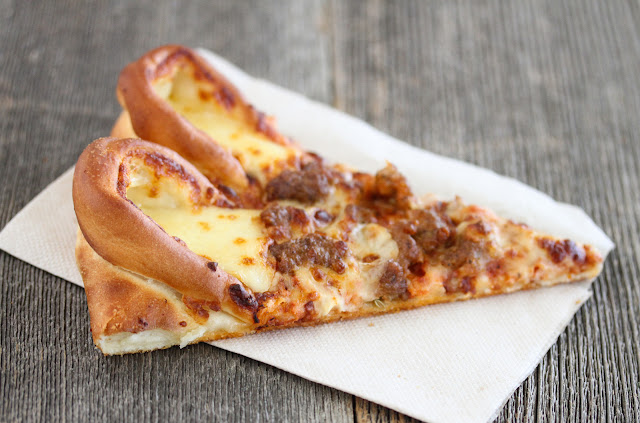 The biggest issue I had immediately with the pizza was that the cheese pockets do not detach like it shows in the advertisement. Yes, I realize the advertisements are not always completely accurate, but I don’t understand why Pizza Hut would lead customers to think they could pluck off a cheese bowl and eat it separately. The only way to have that lone cheese bowl is to either slice it off with a sharp knife or eat the rest of the pizza until you are left with the crust. 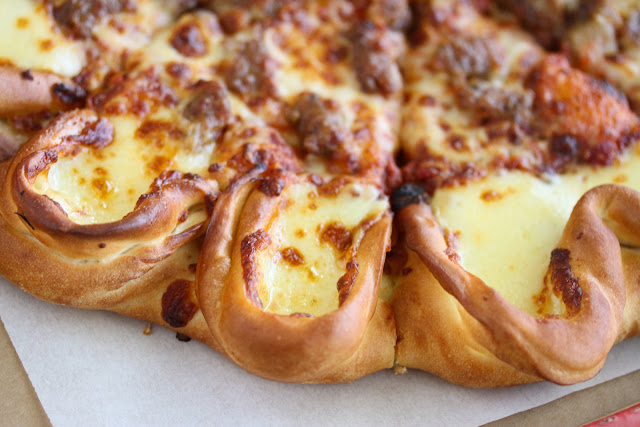 The second issue was that the cheese pockets weren’t full of melted, stringy cheese. Instead, the cheese is a thick, almost hard layer. This was already the case as soon as we got the pizza. The cheese did taste good (and you could tell it was a better blend than the cheese in the rest of the pie), but it didn’t have the melted stringy effect that I thought I was getting with my massive five blend cheese. Instead, it was like biting into a room temperature cheese sandwich. The outside rust is also a bit on the chewy side. 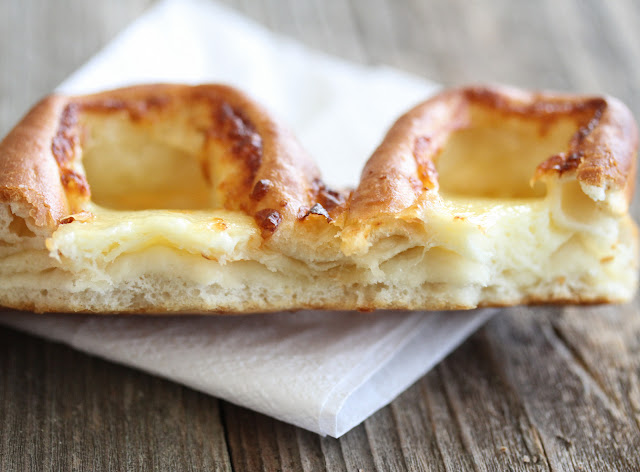 Overall, I was disappointed with the new Pizza Hut offering. I enjoy the look and the concept, but the hard thick layers of cheese were disappointing and it failed to stand out. If you do want to try it, it’s currently available for $12.99 for a one topping pie.

Here was our second pie, a pepperoni and mushroom pan pizza. 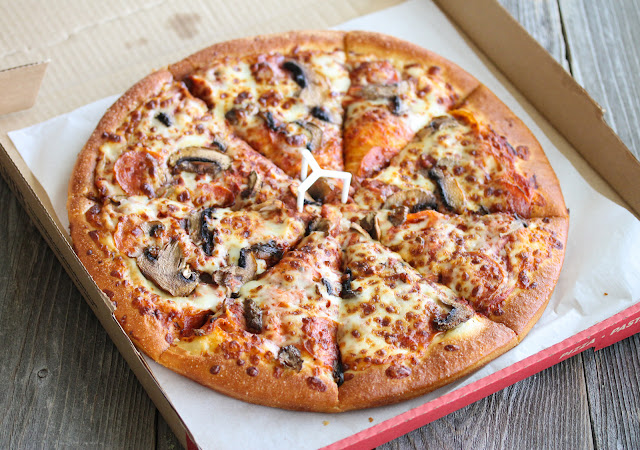 DH’s favorite pizza from Pizza Hut is the pan pizza. He likes the crispy bottom and the thicker, fluffier crust that comes from pan frying the dough. 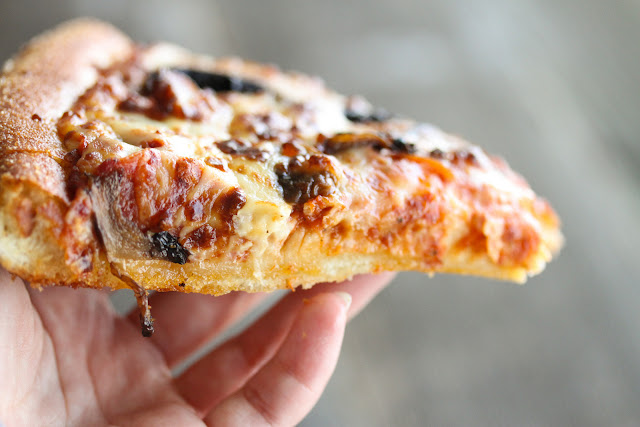