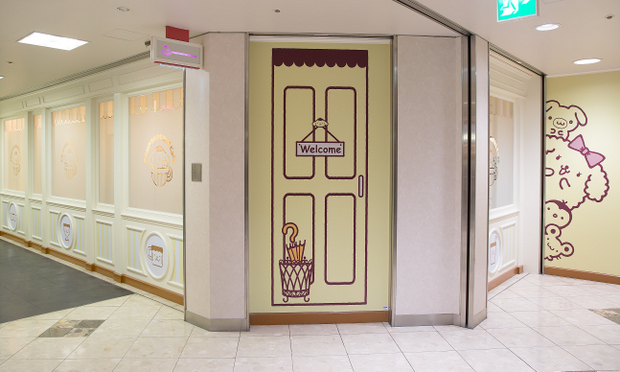 One of the things Japan is known for is their character themed cafes, where the entire cafe is centered around a cute and popular character. Given my obsession with Hello Kitty and other Sanrio characters, I had to visit a few of the cafes on my trip. 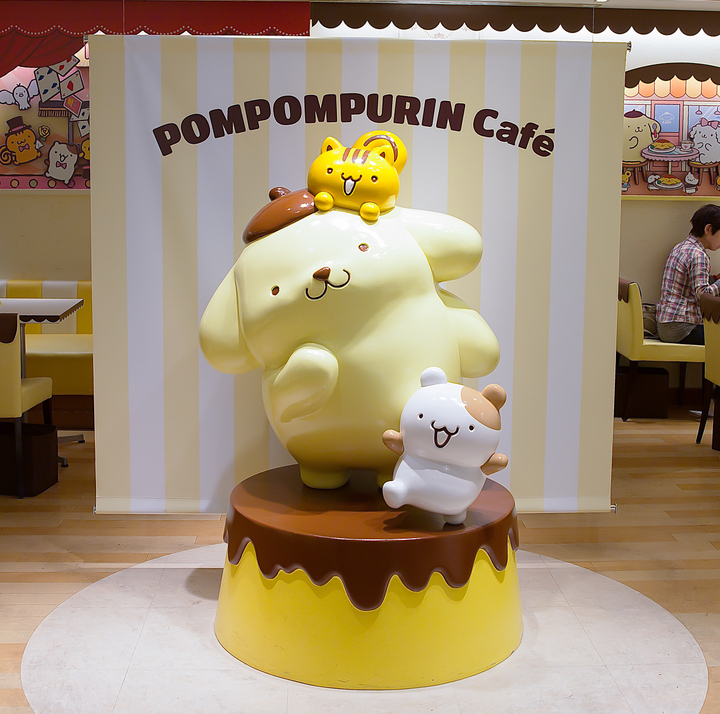 Pompompurin is a golden retriever dog that is part of the Sanrio family. He wears a beret, loves eating pudding and has several good friends including a mouse, hamster and bird. He’s most often seen with the hamster, Muffin.

The exterior of the cafe looks very much like as if you were about to enter his house. Inside, you’ll find pictures on the walls, shelves of souvenirs, and several oversized Pompompurins to take photos with. 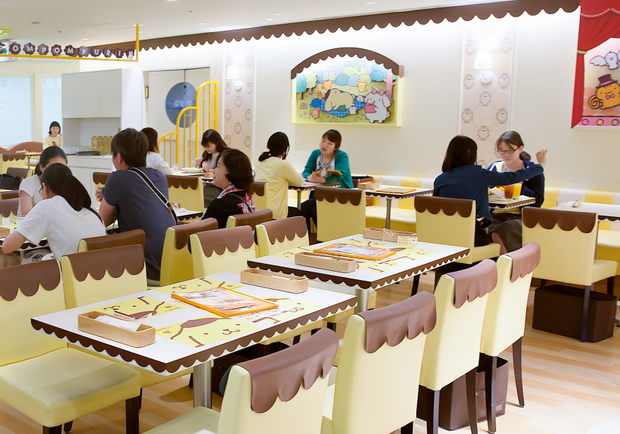 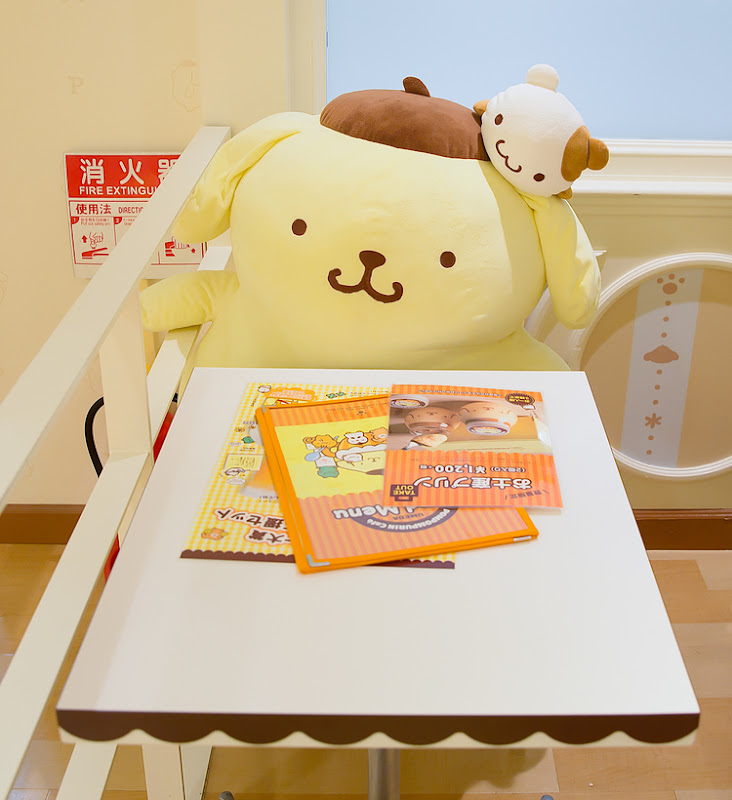 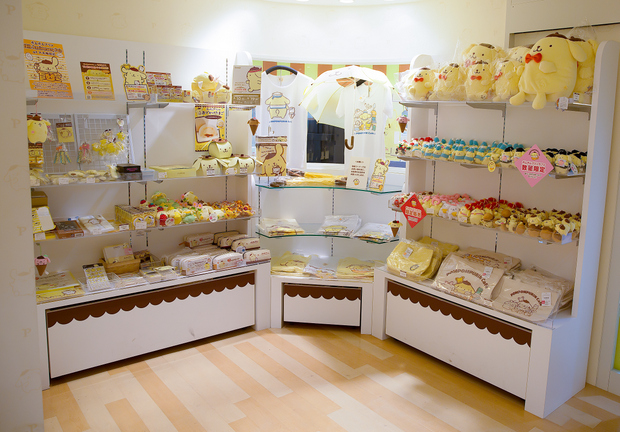 The menu features entrees, drinks and desserts–all with the pompompurin character somehow incorporated. 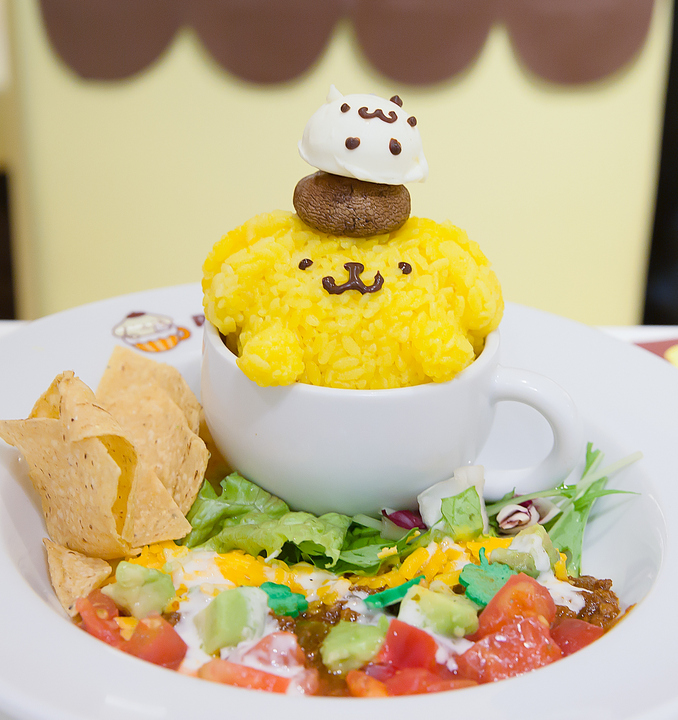 We chose this one because it looked like the cutest entree on the menu. I could not get over how adorable the Pompompurin-shaped rice was. On top was his friend Muffin, which is actually sour cream. He looked so solid, I thought he was made of white chocolate.

The dish itself wasn’t really all that great. I don’t usually enjoy Mexican food in Asia as the flavor profiles are quite different. This was like a layered dip, with tomatoes, beans, lettuce, tortillas, avocados, cheese and sour cream. However, the flavors are not bold like the typical layered dip and there were some odd sweet elements.

After taking a few photos with this plate, I couldn’t bring myself to actually eat the rice. Mr. K had no issues though, and began chomping on it while it was facing me. I made him turn it around so at least I wouldn’t have to see its face while it was being destroyed. 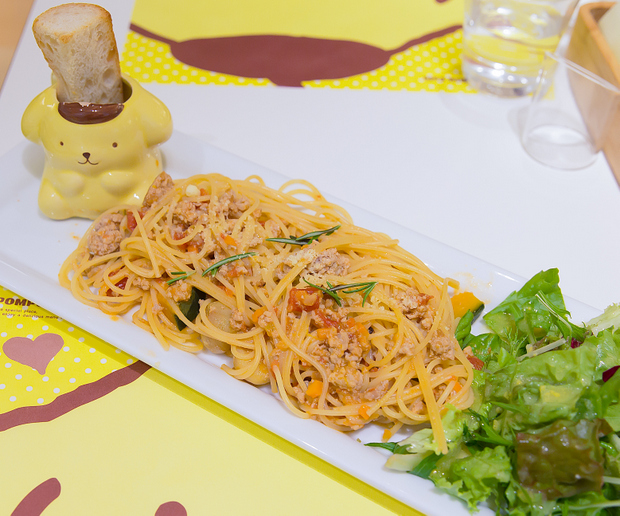 I chose this one because you get a souvenir version of the bread holder to take home. I was a little surprised when I was given a brand new one. I’m so used to the specials in the US where you get to keep your souvenir glass, but it’s the glass you were using.

I enjoyed this entree more. It was similar to a standard meat sauce spaghetti, but with a savory pumpkin meat sauce rather than a tomato meat sauce.

I really wanted to order one of the desserts, but we actually had somewhere else we needed to get to, so instead we ordered the take-out mini puddings. You get two in an order and the glass jars make cute souvenirs. 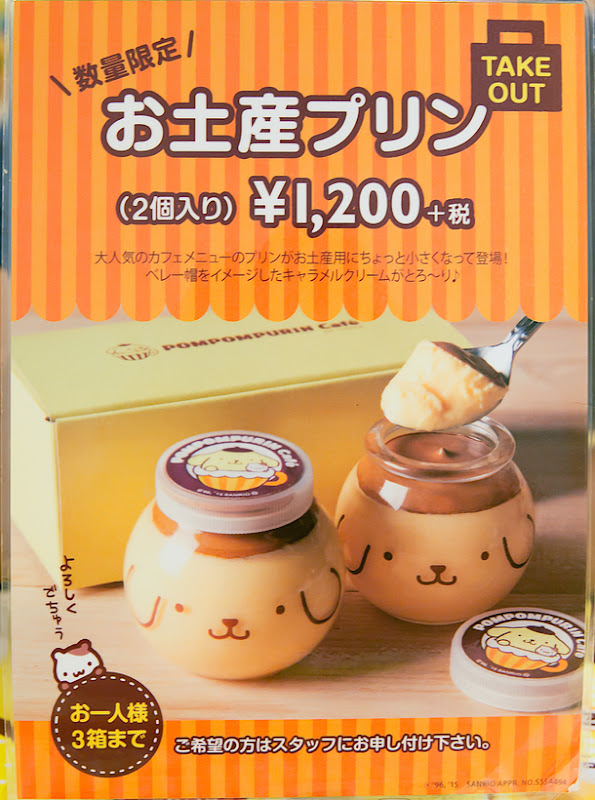 The pudding actually was the best part of our meal. It was silky, rich and creamy. I’ll have to try making it sometime. 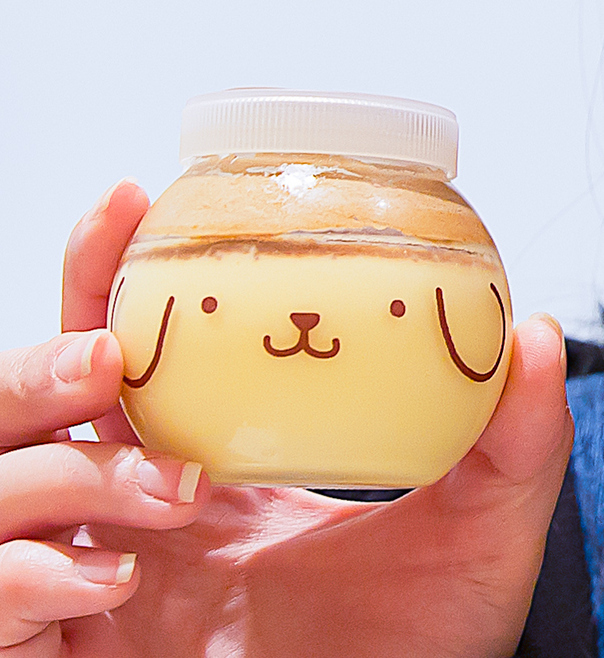 Overall, this is a cute spot to visit if you enjoy character cafes and are a fan of Pompompurin. The food is just average and a little overpriced, but that’s what I expected it to be like. I did still have a good time though.

(By the way, if you’re in SoCal and want to get a dose of Pompompurin, there is actually a pop-up with Pompompurin and Chococat happening at the three Plan Check locations in Los Angeles from 6/10/16-7/10/16. More information can be found here.)