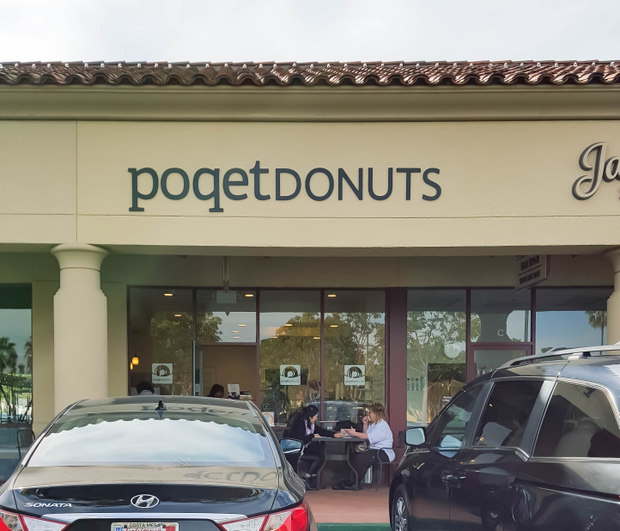 After drooling over their gorgeous donut photos posted on social media, I had to make a stop on a recent Orange County visit.

There were so many delicious looking signature creations offered that day, that I opted to get those rather than build-my-own, which allows you the option to customize a donut with their toppings bar, similar to the frozen yogurt concept–but for donuts.

Here’s what I ended up getting: The Campfire was one of my favorites, simply because of the way it looked. It even had a little squeeze bottle of syrup and a toasted marshmallow center. 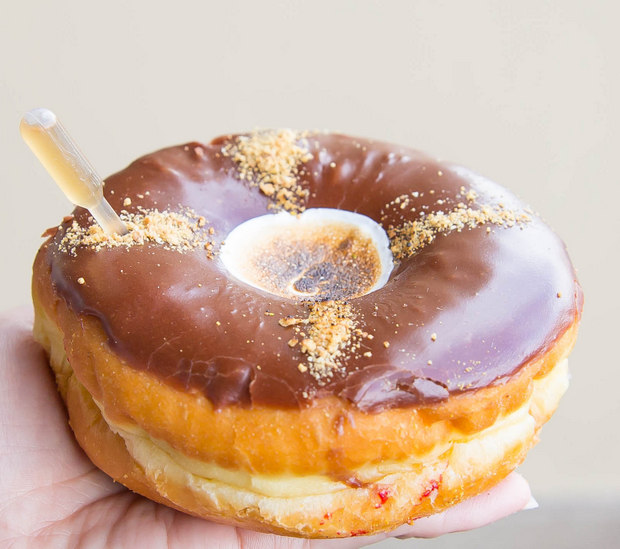 I also enjoyed the green tea donut, which was a cake donut. 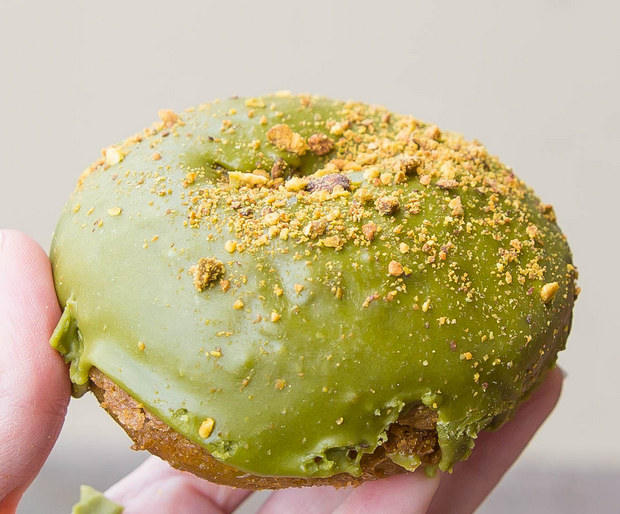 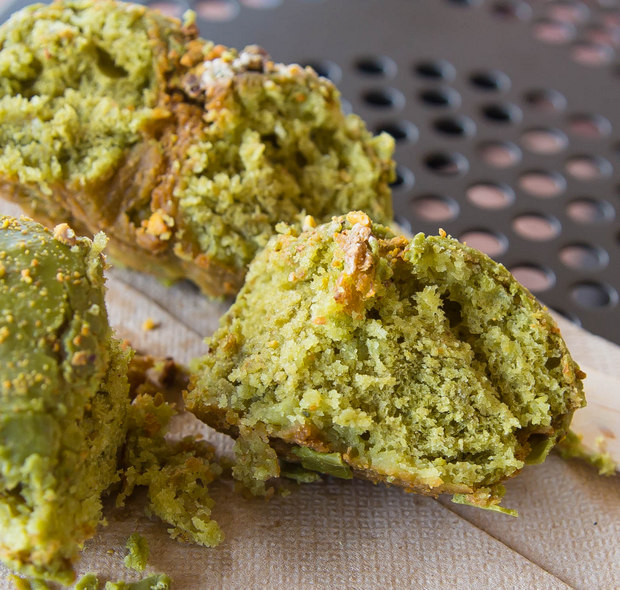 I wasn’t a fan of the Samoas Vegan. Making items like donuts vegan friendly is always tricky and only a few places I know do it well. I found their vegan version left an aftertaste I didn’t care for. 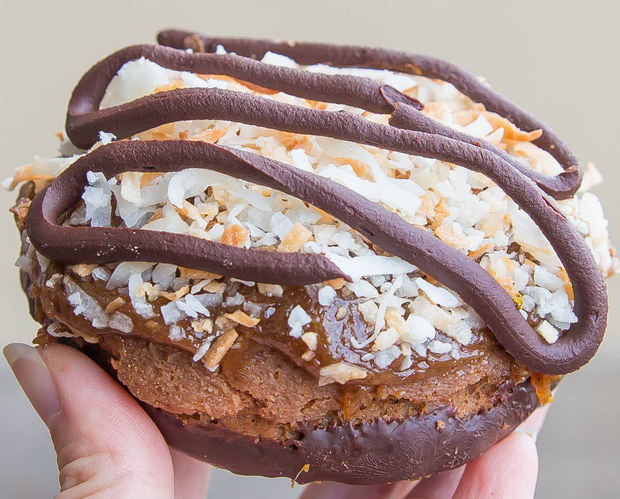 The other two donuts used a similar yeast base as the campfire, just with different fillings or toppings. 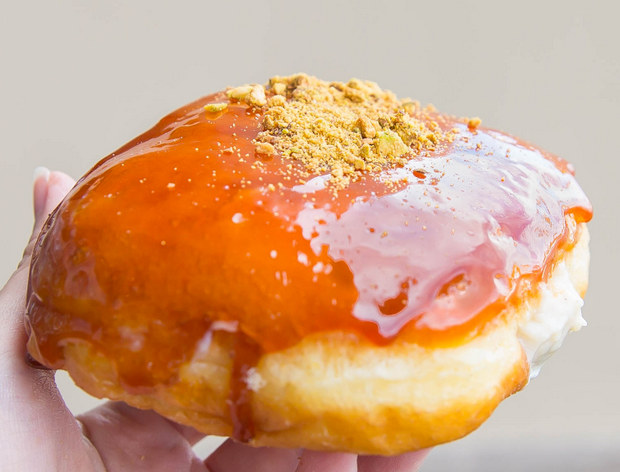 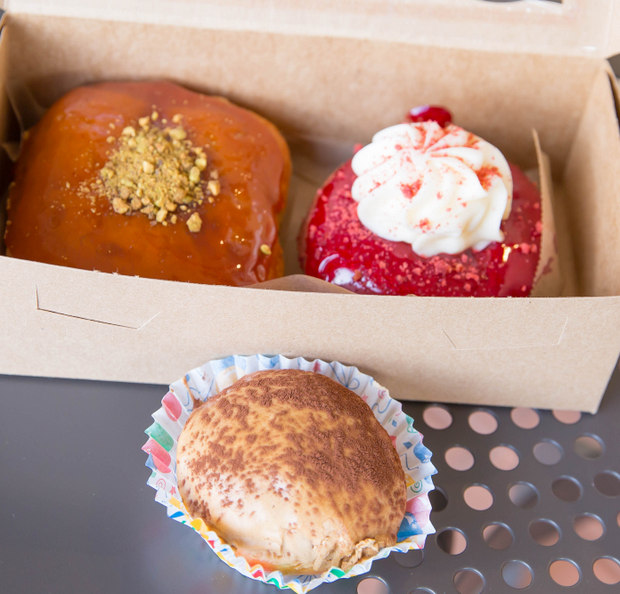 I did find the donuts a little on the expensive side, all priced between $3.50-$4.00. And it was hard not to draw a comparison with Sidecar Doughnuts, which is just a few minutes drive away. I did wish that the donuts were still warm. They tasted fresh, but they were already cold, like they’d been made very early in the morning. At Sidecar, since it is so popular, they are constantly baking more donuts, so the donuts I get there are always very fresh. Of course, I realize it’s hard to churn out fresh donuts all day if they aren’t getting the foot traffic for that yet.

Overall, it was fun to try this place and I loved their creativity, but given a choice, I’d rather head over to Sidecar.