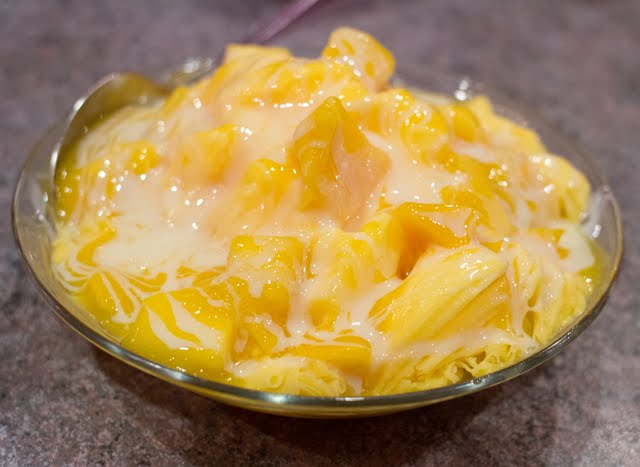 Even though the part of the Bay Area where my parents live has a large Taiwanese population, I haven’t been able to find any Taiwanese snow/snowflake shaved ice shops until now. (As a brief recap, snow ice is made with condensed milk ice blocks which is finely shaven in a special machine creating sheets of ice that are fluffy and light, tasting more like ice cream rather than shaved ice.)

Recently Red Hot Wok opened up, a Taiwanese cafe which also offers snow shaved ice. So when I was home for a visit, we went to check it out.

We only came for dessert. I didn’t take a picture of the front as it was quite dark.

I should have taken a picture of the dine-in menu, but I forgot. We were surprised by the lack of description for the snow shaved ice. They were simply labeled “mango snow ice,” “green tea snow ice,” etc. No description was provided as to what toppings would come with the snow ices and there was no option to select toppings either.

The snow itself was mango flavored and then topped with mango pieces and condensed milk. I actually really enjoyed the mango flavor in the ice. I usually don’t like mango flavored snow because it’s often really tart, but this version was much sweeter. 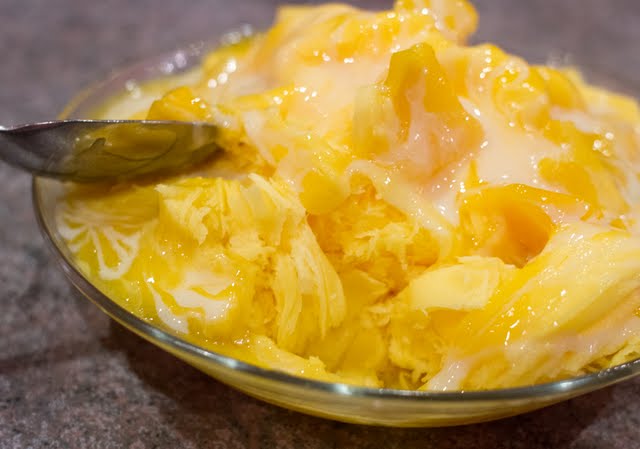 The ice was soft and fluffy, though it melted much more quickly than other snow ice I’ve had. It wasn’t as good as Class 302 (Irvine or Rowland Heights), but it was good enough to satisfy my cravings. My biggest complaint was the size. For $7.50, I really think they should have given provided more. The owner tries to convince me that it was the same quantity as Class 302, but they simply have a bigger bowl, but I wasn’t convinced. We finished this off really quickly. Normally I can’t eat an entire snow ice by myself, but I’m pretty sure I could have finished one here. 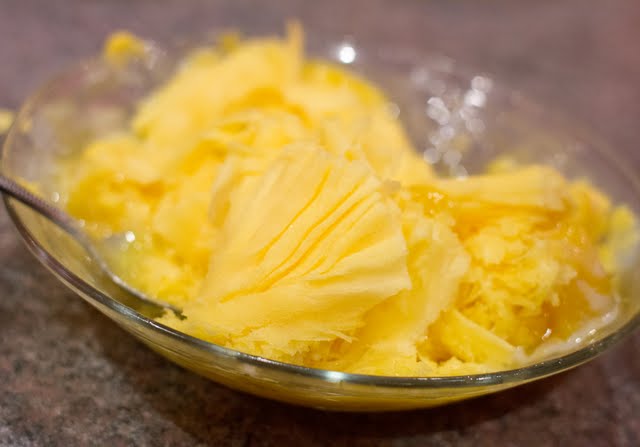 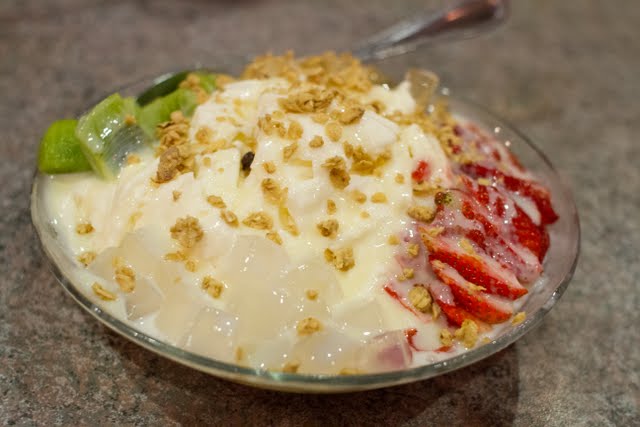 This one came with nata de coco, strawberries, kiwi, and granola. I wasn’t a fan of the granola topping, and in general it seemed like this was more of the frozen yogurt toppings rather than the traditional snow ice toppings. We enjoyed the milk snow ice, but again it melted rather quickly and the quantity was too little. 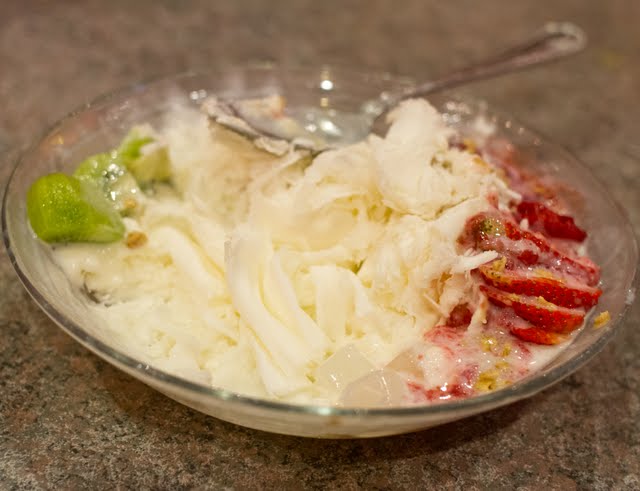 We had an opportunity to speak to the owner during our visit. He’s actually not Taiwanese, instead he is from China. But he spent some time living in Taiwan and studying the snow ice. He told us they are still trying to experiment with toppings, which is why they don’t list what toppings will be on the menu.

I was sad that mochi was not one of the toppings, since it’s such a popular topping. I suggested he add it, hopefully he will.

The owner also gave us a small complimentary chocolate snow ice to try. 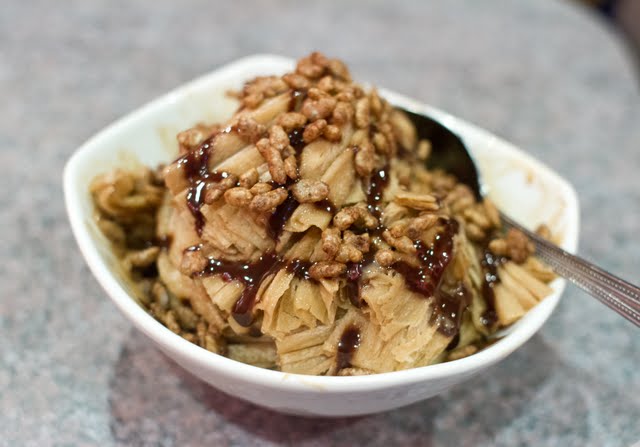 The chocolate snow was fine, not my favorite flavor. I wasn’t a fan of the chocolate rice krispies. The texture made it almost seem like the snow itself was icy.

We enjoyed the snow ice enough to get it again the next day. This time we got it to go, and we saw that on the to-go menu you can actually choose toppings, so we were able to get mango pieces on milk snow ice which is my favorite combo. I still think they need more topping options.

It’s a work in progress, but the snow ice satisfied my snow ice cravings, and was good enough for us to get it two days in a row. Hopefully they will continue to improve on toppings and quantity in the future.