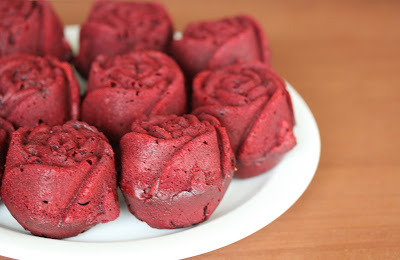 . They came out really pretty. Since I don’t like frosting on my cupcakes, putting them in these molds helps keep a pretty presentation without frosting. 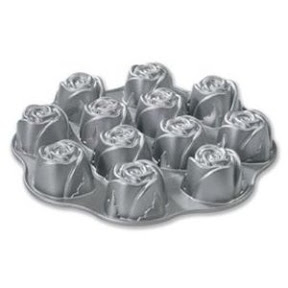 For people who like frosting, I think you can pipe some frosting into the bottom and inside of the cupcakes. 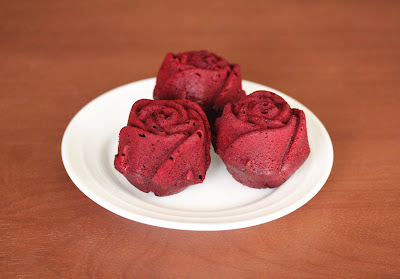 I’ve been on the search for a perfect red velvet cupcake recipe. So far all the recipes I’ve tried have fallen short. The other day I was shopping at William Sonoma and noticed that they were selling a Sprinkles cupcake mix. 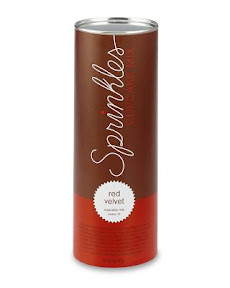 I’ve been wary of trying mixes by famous bakeries, but I’ve been wanting to try Sprinkles cupcakes forever. Last summer, I learned that they are opening on in San Diego. Since then I’ve been practically stalking the progress. On an impulse, I decided to buy the mix for my red velvet cupcake roses. 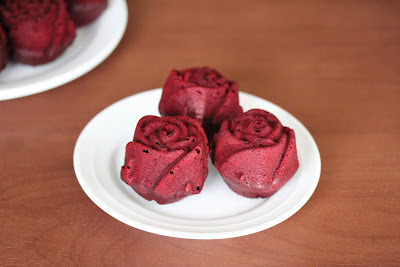 These cupcakes were delicious! They were definitely my favorite red velvet ones I’ve made. The mix cost $14 which is pretty steep for a mix. On the other hand, Spinkles cupcakes are priced at $3-4 each, so I guess if you think of it that way, it is a bargain. It’s hard for me to describe all the flavors I look for in a red velvet cake, but all of them were present in these. The only one tiny criticism I had for these cupcakes is that the red coloring they used seemed to stain everything they touched. 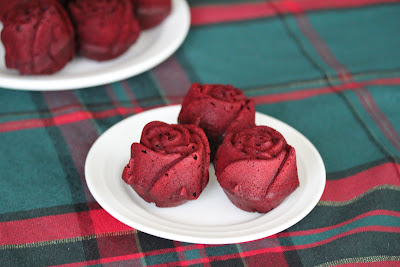