Mr. K is a big fan of frozen burritos. Every once in a while, he can’t resist grabbing a pack when we are grocery shopping. But the outcome is always the same: he fills the freezer with his burritos, eats a few, and then stops eating them because they cause pimples. 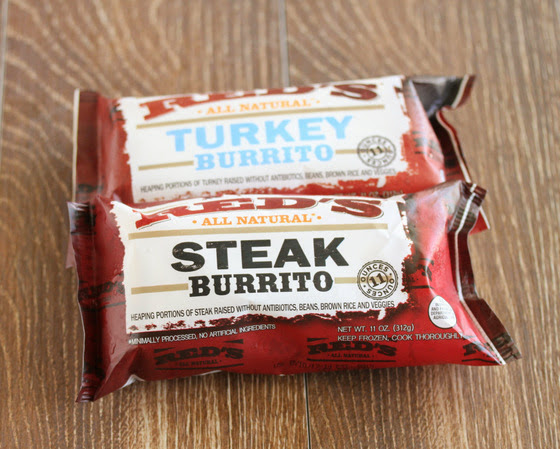 Recently we tried out Red’s All Natural burritos which I hoped would be a cure to his problem. According to the packaging, these clean burritos are all natural, no preservatives, non-GMO, etc. I’ve always thought it was the preservatives and other unhealthy ingredients used in the frozen burritos that caused the break outs, so I was hoping these would be both enjoyable and healthier for him.

We were sent a few complimentary vouchers to redeem them at the grocery store. I’ve saved a few to give away on my Facebook page.

On our last shopping trip, we chose to try the turkey and the steak. Each burrito is quite hefty in size. Like most frozen foods, there are easy heating instructions. 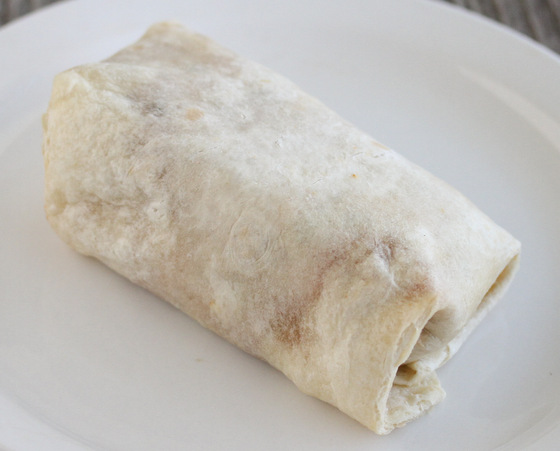 Both burritos were packed with meat, corn, black beans, and rice.

I’m not a big frozen burrito fan. I took a few bites of each one. I thought they tasted better than the other ones Mr. K has brought home, but I’d rather go out and get a fresh burrito. Living in San Diego, burritos are so accessible, that I don’t feel the urge to eat frozen ones. I did think that the filling reminded me of the popular Chipotle chain burritos. 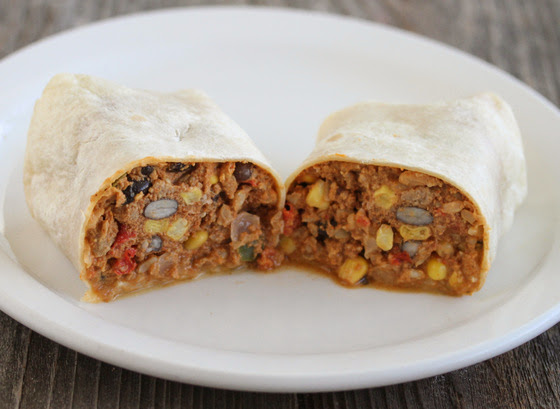 I was more concerned about Mr. K’s reaction, since he is the burrito man. He thought these tasted better than the frozen ones he has bought before. He was a little disappointed that the steak one was thin strips of beef rather than chunks of it, but overall he liked them and wants to go back to the store to get the chicken flavor. Most importantly though, no break outs! So we’ll be buying these again next time his frozen burrito cravings hit.

Red’s burritos are available at a lot of grocery stores including Ralphs, Bristol Farm, Whole Foods, Sprouts and Target. You can view the full list here. They also have a line of quesadillas which we will be trying next. And as I mentioned above, I’m giving away a few free vouchers on Facebook to try the burritos or quesadillas. Have a good weekend everyone!

Please note, as discussed above, I was given some complimentary vouchers to try out the product. I was not compensated for this review and my opinions are my own.

4 comments on “Red’s All Natural Burritos”