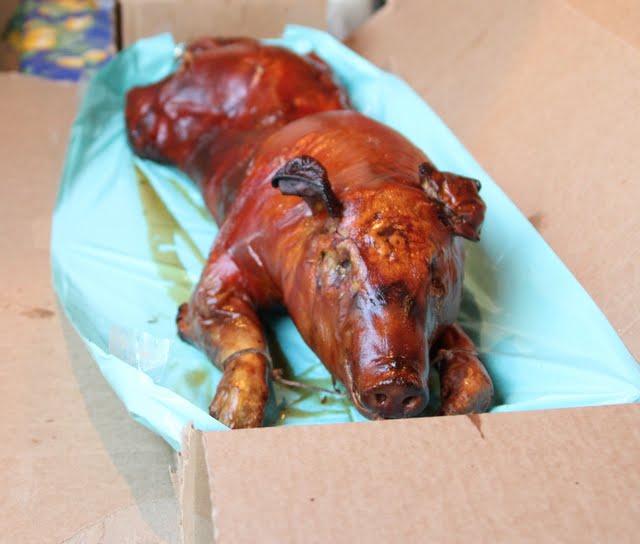 Since our wedding dinner featured a traditional Chinese banquet, it only seemed right that the rehearsal dinner would feature Filipino cuisine.

We decided to have it at the clubhouse in our townhouse complex, which worked out better than attempting to have it at a restaurant, especially with guests arriving at all different times, and several last minute invites that DH’s parents were making without our knowledge.

DH’s parents took some time off before the wedding to help us with the rehearsal dinner. Since DH’s parents weren’t familiar with the food options in San Diego, I turned to CC of Pink Candles at Ridgemont High for some advice. She helpfully compiled a list of potential places for desserts, lechon, and side dishes.

DH’s parents stopped by a few of the places on CC’s list. But for convenience sake, they opted to get everything in one place: Manila Fast food. 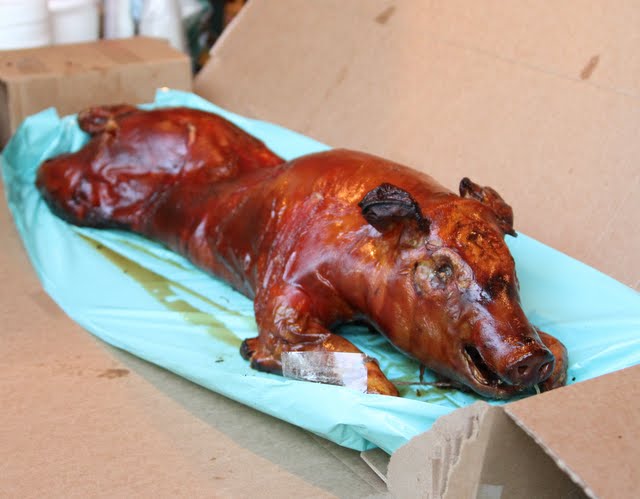 Our guests were really impressed when the lechon was brought in. Everyone had their camera out to snap a picture. A roasted suckling pig, this dish is traditionally served for big celebrations in Filipino culture, including birthdays, wedding, etc. While I’ve tasted leftover lechon before from DH’s family gatherings, this was my very first whole one.

Unfortunately, Manila didn’t do a great job with it. The skin was crispy but the meat was cooked far too long. It was dry and quite bland. I don’t feel bad pointing that out because DH’s parents were even more displeased. They have a family relative that roasts lechon and that’s their usual source. They all thought Manila’s was a poor version. CC had suggested someone her mom recommended, Lucia Toledo’s, who also delivers. I’ll have to keep that person’s name in mind in case I ever have to get a lechon while in San Diego.

For the side dishes, we stuck to the popular items: pancit, lumpia, chicken adobo, pork adobo. 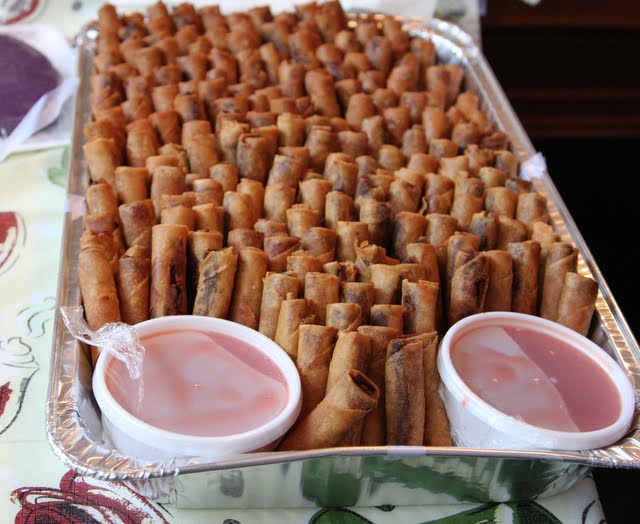 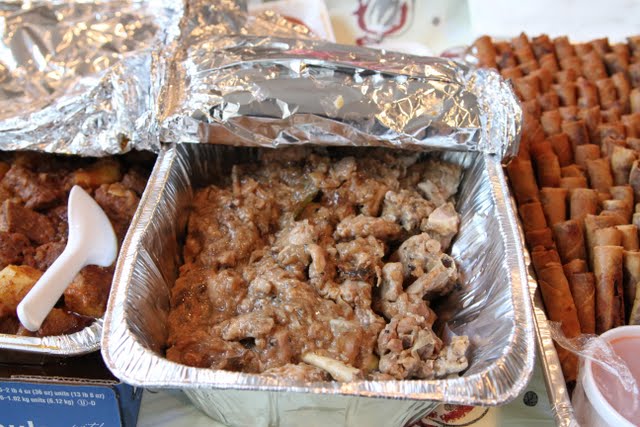 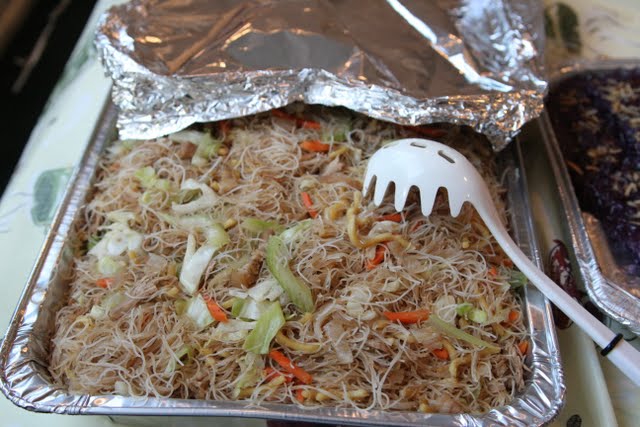 I requested the purple sticky rice for dessert. It’s one of my favorites and apparently it’s a symbol for good luck. 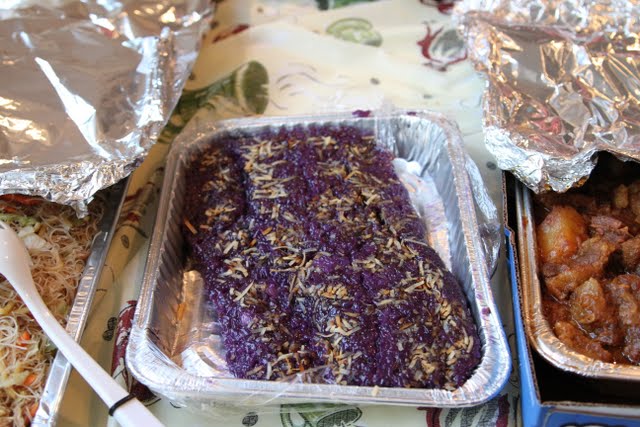 Sapin sapin, another one of my favorites. It’s made with glutinous rice and reminds me of mochi. I love the tri-colored effect. 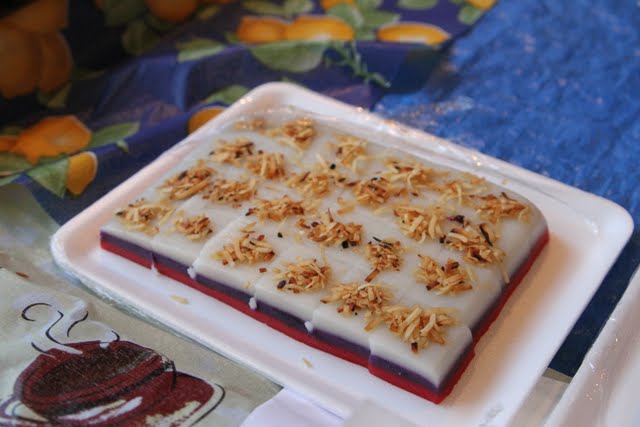 I believe these were some kind of flan: 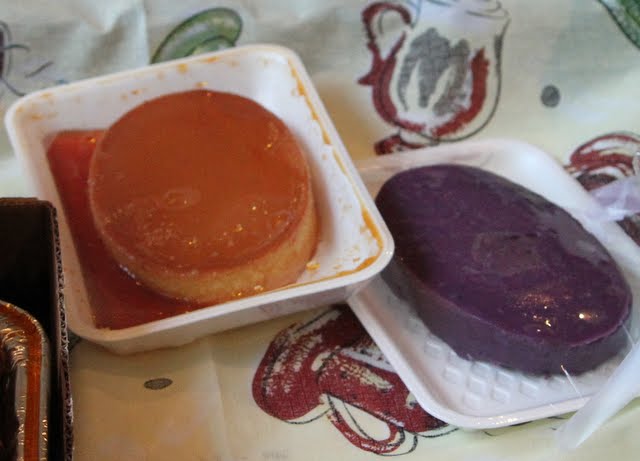 I didn’t take too many pictures since everyone was starving.

It seemed like everyone had a good time. I had really struggled with what to do with the rehearsal dinner. We had called several restaurants, considered hiring a food truck, etc. I was happy we went with the casual setting because it allowed guests to arrive late, babies to roam around, and allowed us to go around and have a moment with all of our guests who had come down early for rehearsal.