These rose-shaped dumplings are perfect for any special occasion. Homemade dumplings are folded into a rose flower shape and then pan-fried so they have crispy bottoms. They make a great presentation. 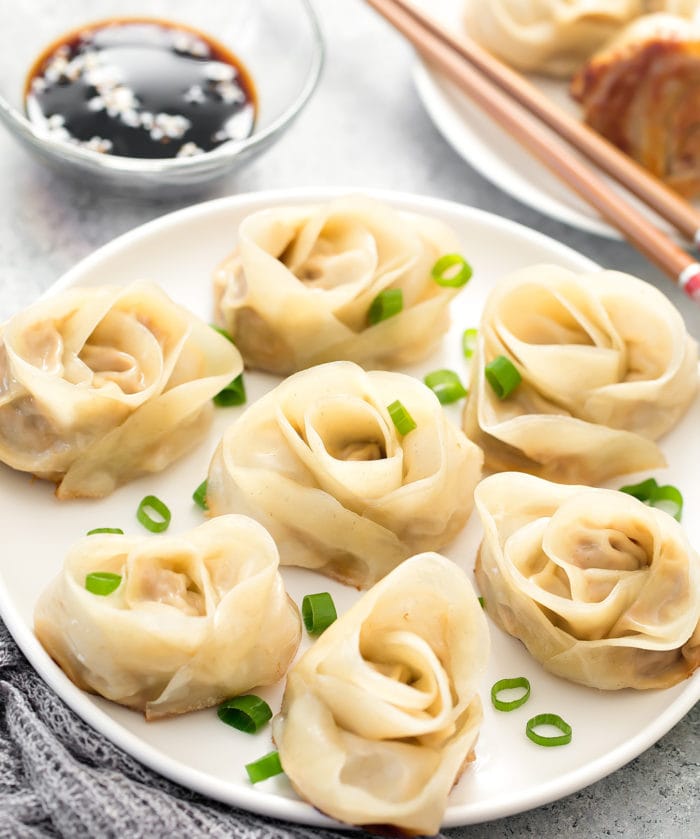 Instead of gifting a bouquet of flowers, how about making these rose-shaped dumplings? These are great for Valentine’s Day, Mother’s Day and many other special events.

Mother’s Day is this Sunday, so I wanted to make a special recipe to celebrate the occasion.

The process is very similar to the homemade dumplings I’ve shared in the past, with the main difference being the folding technique. 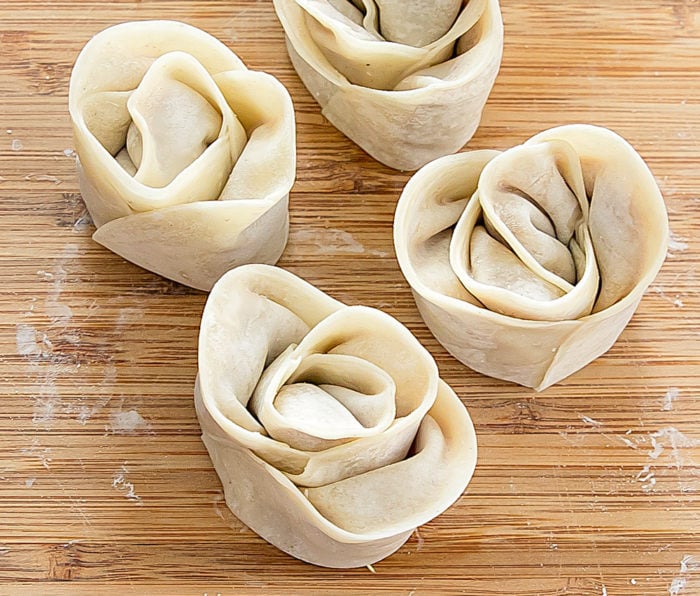 How to Make Rose Shaped Dumplings 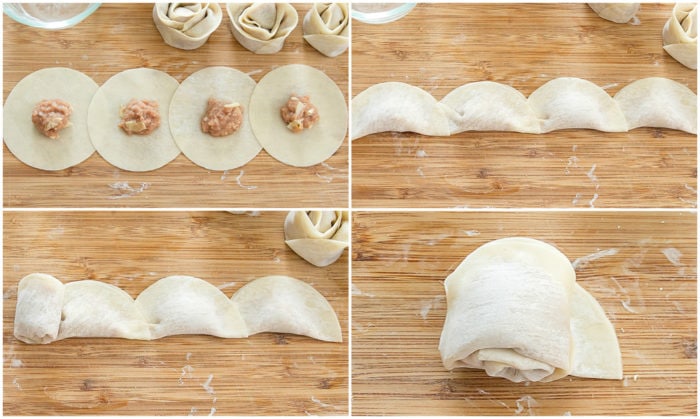 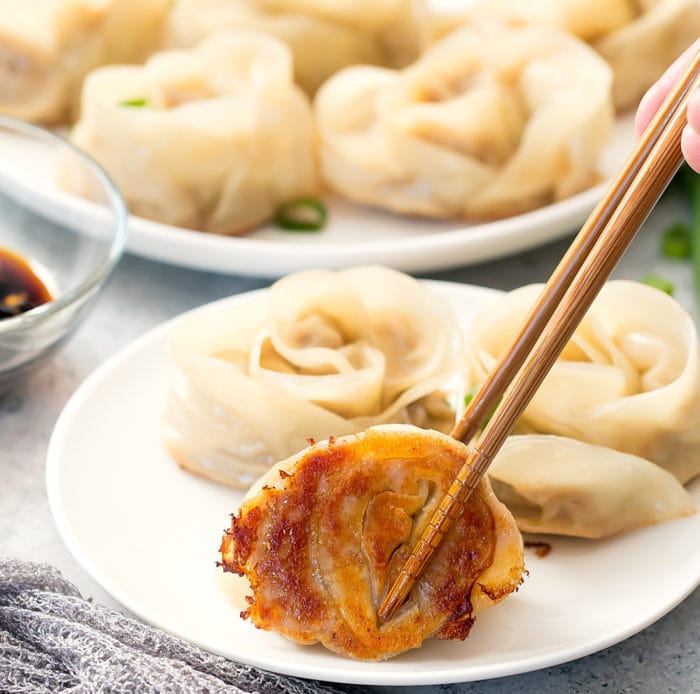 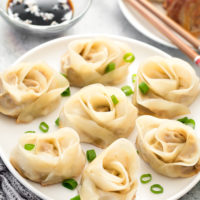 Did you make this recipe?I'd love to see it! Mention @KirbieCravings and tag #kirbiecravings!
Posted in: Asian dishes, Chinese, Recipes
6 Comments // Leave a Comment »