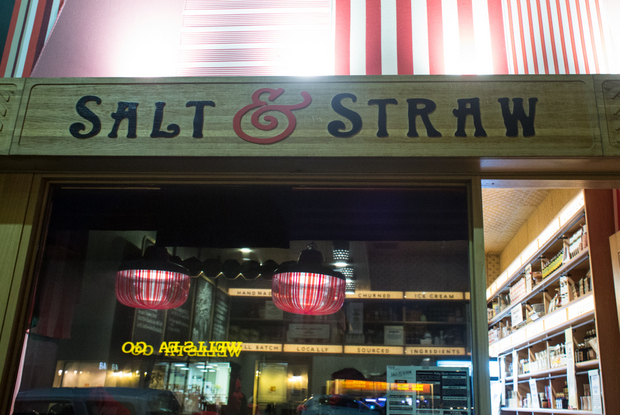 Salt & Straw is a very well known ice creamery, originally from Portland, which recently opened a location in Los Angeles.

Given my adoration for ice cream, I was quite excited to try it out on my last road trip to Los Angeles.

Ice cream is made in small batches, with seasonal and local ingredients. It’s like farm-to-table, but with ice cream. One reason Salt & Straw is so famous is the unique flavor combinations they’ve produced over the years, including a Turkey Thanksgiving flavor. 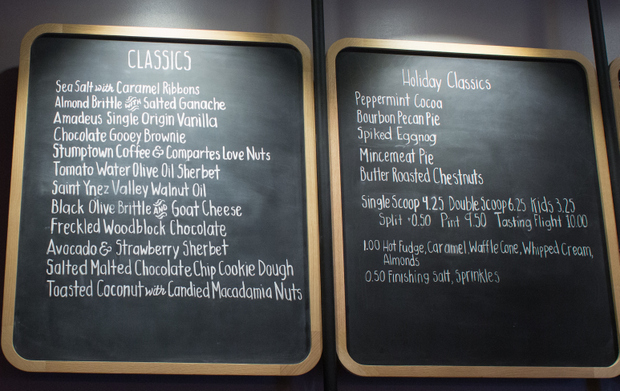 On the day we visited, there were about a dozen of their classic flavors offered and some holiday ones too. They let you sample flavors before you choose which ones you want. 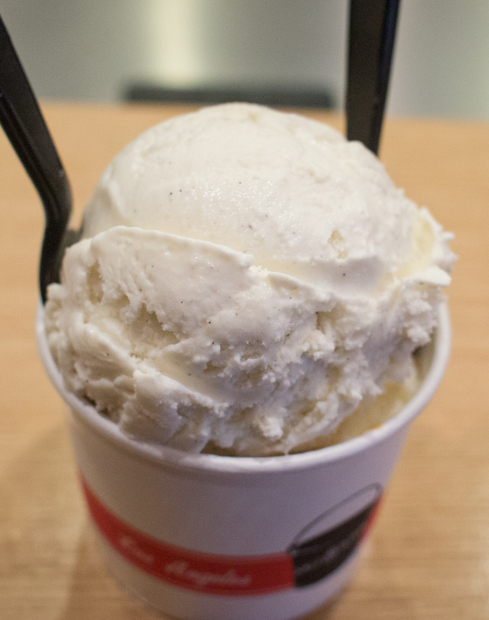 Sea Salt with Caramel Ribbons is their most popular flavor and was my personal favorite as well. What immediately struck me about this ice cream was the texture. Not only is it velvety smooth and creamy (which I had expected going in), but it had such a thick richness to it. The only other ice cream I’ve ever had that produces a similar result is Jeni’s, which is my favorite ice creamery (Side note: I think this is something that can only be achieved with fresh batches. When I’ve purchased the packaged Jeni’s ice cream at the grocery store, it loses some of that texture).

The caramel ribbons were quite sweet, but they were balanced out by the sea salt.

We also really enjoyed the vanilla. It was so simple and pure, letting you really enjoy how luscious the ice cream is.

We enjoyed our ice cream experience so much that we actually revisited again a few hours later! I really wanted another taste before leaving. Also I was distressed because I didn’t notice or try any of the holiday seasonal flavors. So I just had to go back for them right? 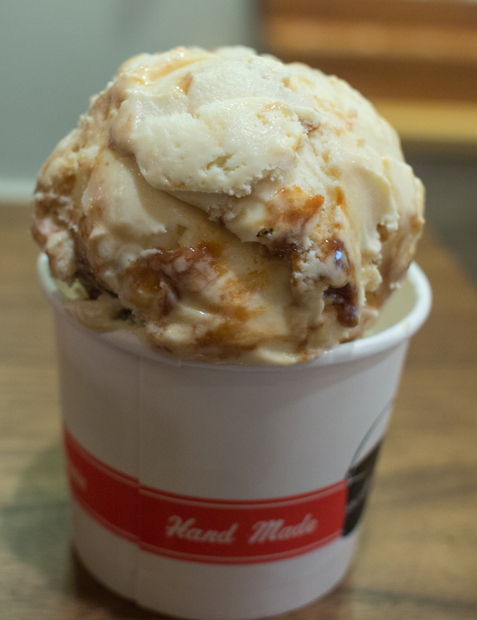 While I really enjoy the texture of the ice cream, I was having trouble finding more flavors I liked on our second go-around. I appreciate that they’ve come up with such unique flavors, but I wasn’t really a fan of several of the ones I sampled.

The sea salt caramel still remained my favorite. I also enjoyed the bourbon pecan pie. The butter roasted chestnuts, which initially was pleasant when we tried a small sample, ended up being quite gritty. So gritty that we had trouble finishing it.

Pictures from my friends’ choices: Mincemeat Pie, Almond Brittle with Salted Ganache, Avocado and Strawberry Sherbet, and one I’m not sure of 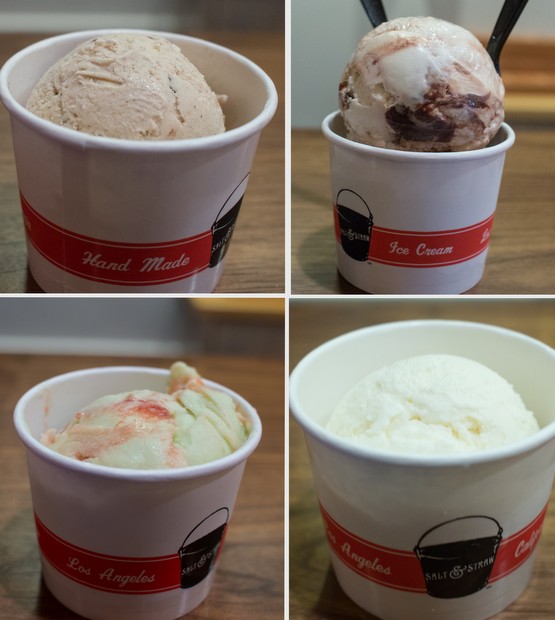 Overall, I really enjoyed the texture of the ice cream here and would gladly be back. However, I wish there were more flavors I enjoyed. It’s one of the best ice cream stores I’ve tried and lives up to the hype, but my favorite still remains Jeni’s (which is also opening an LA location!).