So Boyfriend and I had friends visiting this weekend, which of course means that we did a lot of eating! We had some wonderful food this weekend, and I can't wait to tell you about it all.  To make things even better, one of our friends is a photographer, and he brought his camera with him and took some beautiful photos of the places we went to and the food we ate. I took some photos as well, but my little point and shoot camera has its limits and can't capture the details that my friend's camera could capture. 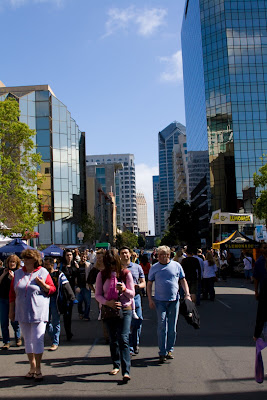 So our first stop during the weekend was the annual San Diego artwalk,
where most of the streets of Little Italy were shut down to display art
booths and lots of yummy food.  The farmer's market extended their
hours on Saturday, and a lot of the restaurants were open and offering
discounts on their food. We were able to try some items, but not nearly as much as I wanted to try.  We had dinner reservations, so we had to save some space.

Boyfriend has been craving tamales for a few weeks now, so he tried some out at the farmer's market. 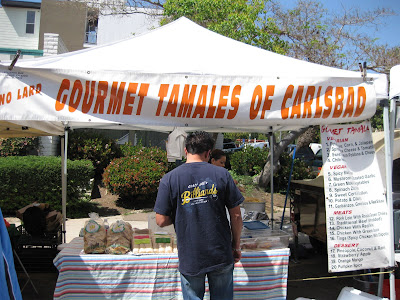 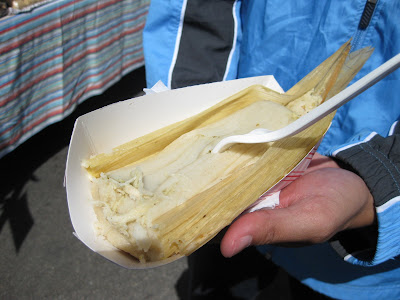 I'm not a big fan of tamales in general. I had a small bite of his and it tasted pretty good.

There were some beautiful strawberries and other fruits available.  I was tempted to buy some, but didn't want them to wilt and spoil since we were going to be out all day. 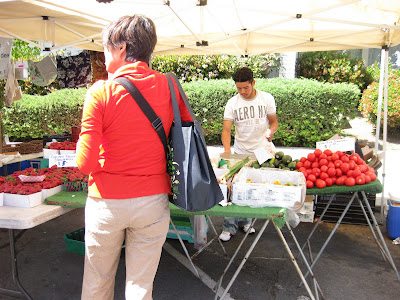 A stand full of desserts caught my eye. Upon closer examination, they were desserts from Sweet Cheeks baking company.  I have heard about this place and how they are famous for their cookies.  So I was excited to try their desserts. 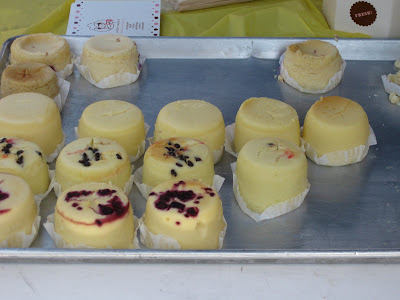 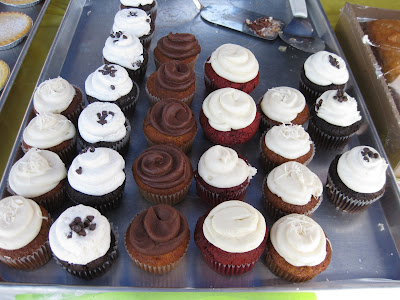 I settled on a red velvet cupcake, a chocolate cupcake and a spumoni cheesecake. 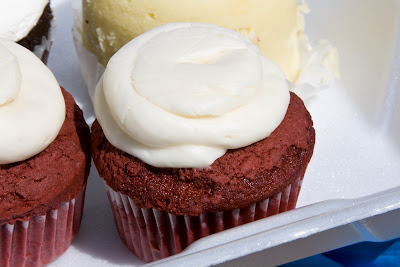 I hate to say bad things about places, but I have to be honest.  The cupcakes looked gorgeous, but didn't taste great.  The red velvet cupcake was extremely dry.  One of the driest cakes I have ever eaten in my whole life.  I paid $3 for one of these cupcakes and was very disappointed.  Perhaps their cookies are really good, but I would not ever get their cupcakes again. Also the frosting on the red velvet cupcake was way too sweet.  It tasted like the canned frosting from the grocery store. 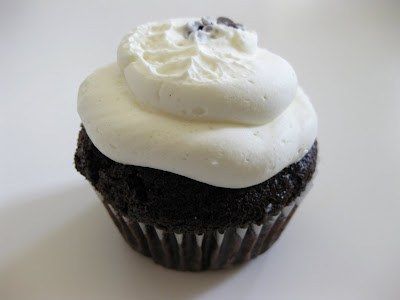 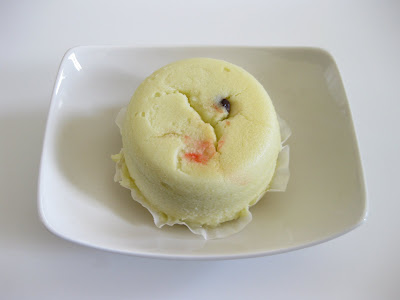 There was a lot of barbecuing going on that I wanted to try but didn't have room as I was saving room for dinner.

Of course I had to get an Italian sausage sandwich, since we were in Little Italy. 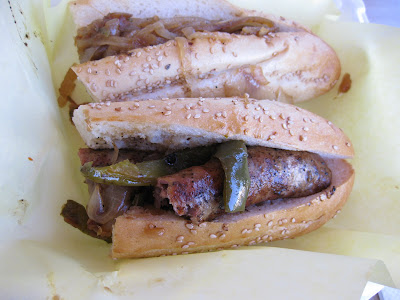 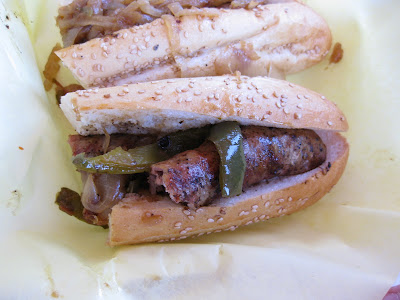 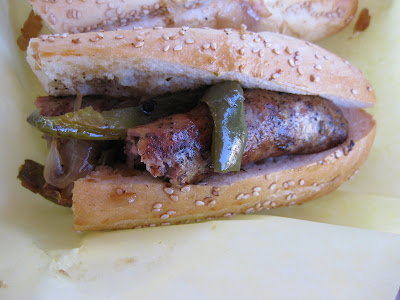 The sausage was flavorful and a little bit spicy.  The bread was fresh and chewy.  The onions and peppers were sweet and a perfect compliment to the sausage.  Yum!

We also stopped for some gelato and other desserts from Cafe Zucherro. You can find my previous post on Cafe Zucherro here.

I had my usual, pista
chio gelato. 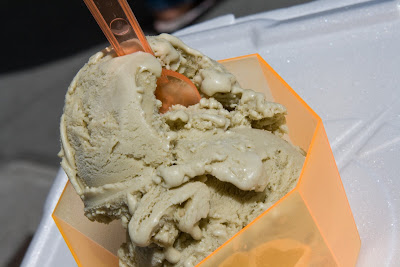 This picture was taken by my friend.  The detail on the gelato makes it look so yummy! The gelato here is still pretty good, but not as good as it used to be.  It was a little bit icy and not as strong in pistachio flavor as I would have liked.  I'll have to start trying other gelato places in Little Italy.

I couldn't resist the beautiful fruit tarts that were staring at me, so I had to get one. 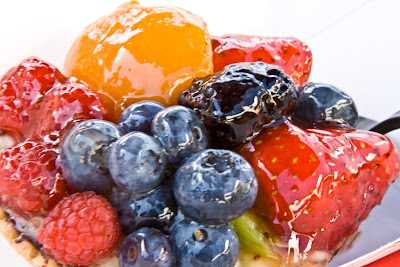 I love the detail my friend was able to capture of this tart with his camera! Both of these tart pictures are courtesy of my photographer friend.

The tarts themselves has good points and bad.  I loved the fruit with the glaze.  It made them sweet, but not too sweet.  The pudding mixture was good as well.  I was not crazy about the tart shell though.  It was very hard and didn't taste like normal tart shells.  It was almost impossible to break.