With friends visiting, of course I had to take them somewhere nice for brunch.  I debated between Brockton Villa and Jake's Del Mar for a long time, but finally Jake's won out.  You can find my previous post about Jake's Del Mar here.

While my last experience with Jake's food wasn't so great, this experience was much improved! I think the key is to stick with more lunch-type menu items rather than breakfast items.  The full brunch menu can be found here.

We had great seats, right next to their windows. 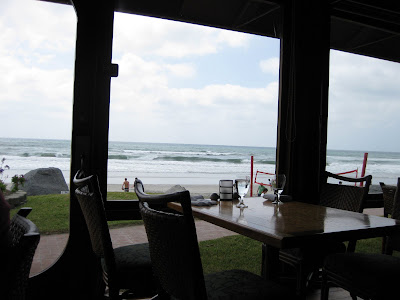 As always, we started off with some delicious complimentary pastries. 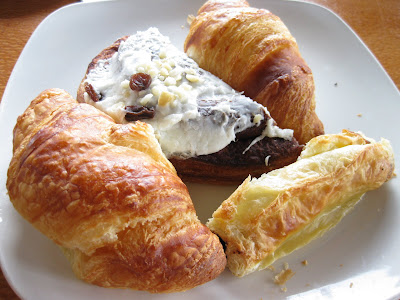 It's too bad the chocolate croissant is so small, as that is my favorite one.

Everyone was pretty hungry, so we ordered some appetizers.

Photographer friend and his wife ordered the BBQ ribs. 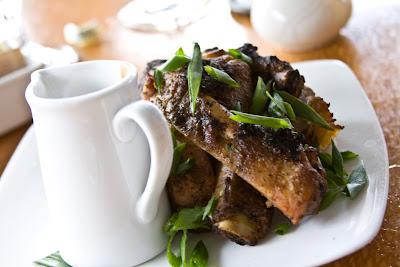 The ribs were amazing! I've never had them before, but I will definitely get them next time I go to Jake's.  The meat was tender and had a great rub with pepper and some other ingredients that made them very flavorful and tasty.  You didn't even need the sauce! The outside had a slightly crispy texture.  The sauce came on the side.  I didn't try any of the sauce, but I am told it was pretty good.  They were so pretty too.  I couldn't stop taking pictures of them. 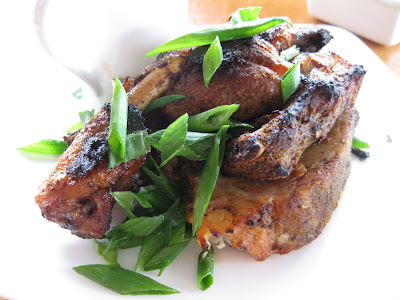 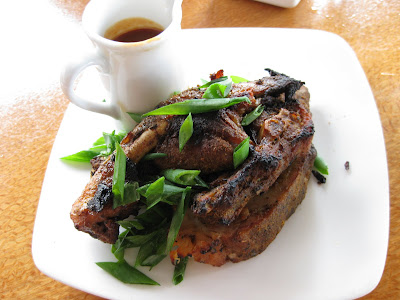 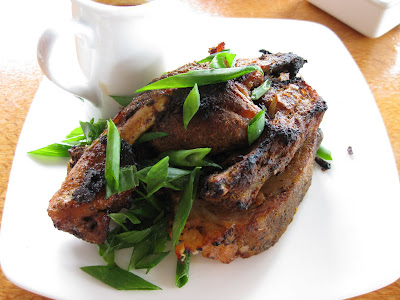 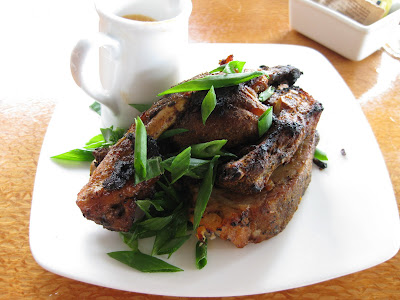 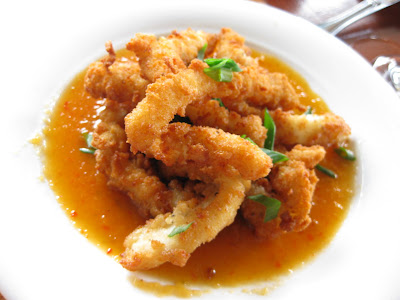 My other two friends ordered the ahi sashimi. 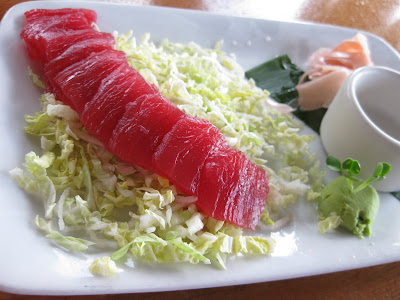 For his entree, Boyfriend ordered the crab omelet. 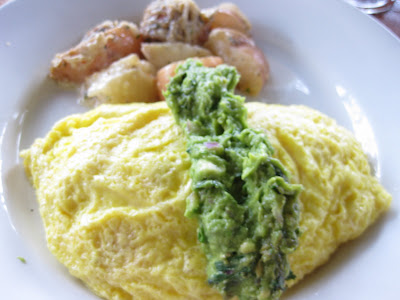 It was pretty tasty,and you could taste the crab meat.  The potatoes were nice and creamy too.

I had the Hawaiian Loco Moco. It's a burger patty served on a bed of rice, topped with gravy and a poached egg.  It was pretty tasty.  The gravy tasted almost like curry.  The poached egg could have been a little more runny.  I like how the rice was still firm rather than too soft. 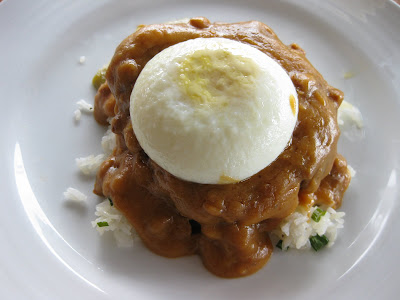 One of my friends at the grilled sausage scramble. 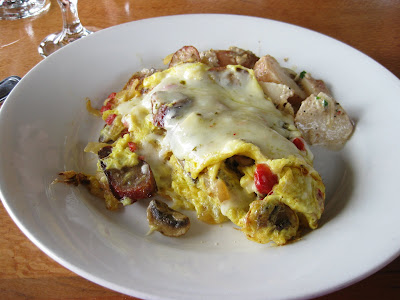 Another friend ordered the crab and shrimp melt. 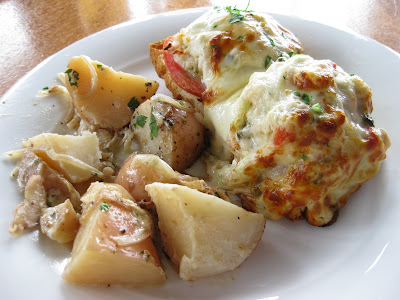 Another friend ordered the eggs benedict with pork belly.  He said the dish was a little dry, unfortunately. 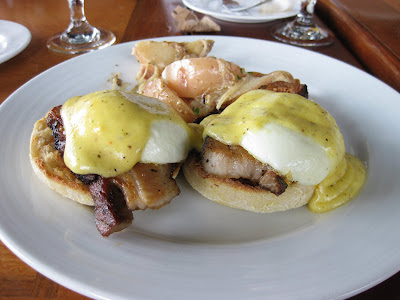 Photographer's wife ordered the Torte Milanese.  She was a bit hesitant at first, but she said it was delicious.  It was also a gorgeous dish, with all the layers inside the torte. 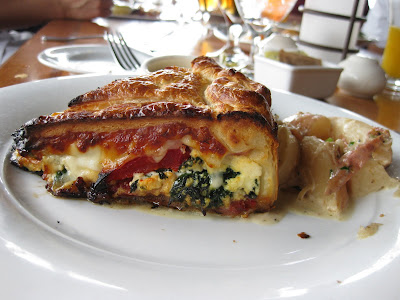 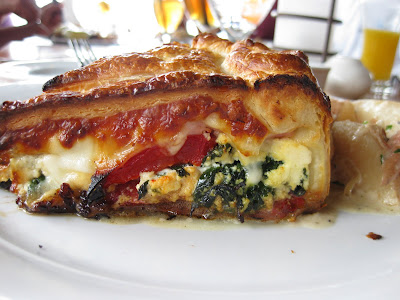 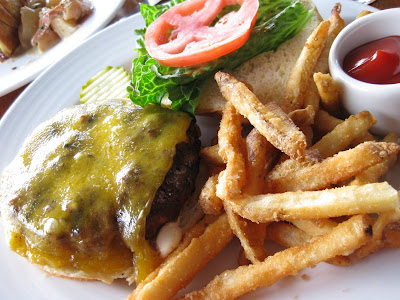 After, the waiter asked if we wanted any dessert. I had been craving dessert since the night before. We had gone to Hash House and skipped out on bread pudding because we were planning on going to Extraordinary Desserts.  But the wait was so long at Extraordinary, that we ended up leaving.  So I asked to see a dessert menu, and chocolate bread pudding was on the menu!  I had to get it, especially after the waiter said it was his favorite dessert on the menu. 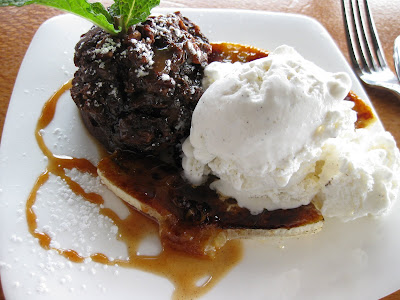 All in all, a great brunch experience.  The service was great too, especially towards the end of our meal as things began to quiet down at the restaurant.  Afterward, we took a quick stroll along the beach and Photographer snapped some photos.

While we were there, I also learned about Jake's 3 course tasting menu they are currently offering. It's available Sun-Wed, $28 per person.  You can view the tasting menu here.