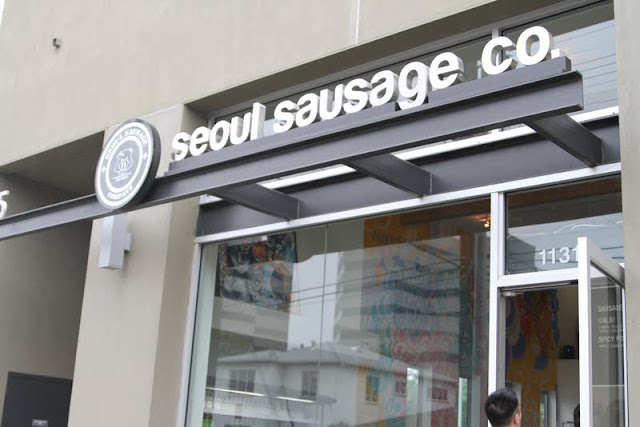 I was rooting for Seoul Sausage from the start on the last season of The Great Food Truck Race. They ended up winning the whole thing and opened a store in Little Osaka. I’m not sure what they did with the truck they won or if they have plans for a food truck operation in the future, but their storefront seems to be doing quite well.

Since it was right around the corner from Tsujita, we stopped by after lunch for a “snack.” Initially we thought we might just try and share the popular items that had been featured on the show. But we ended up ordering one of everything for us to share. 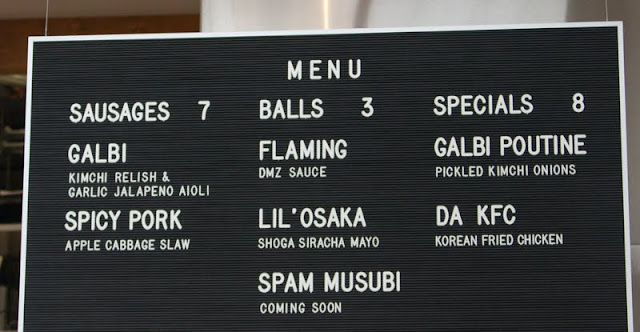 It was a lot of food and hard for us to finish, but at least I don’t have to make another trip back to try something I missed the first time. And I get to share all the items on the blog too. 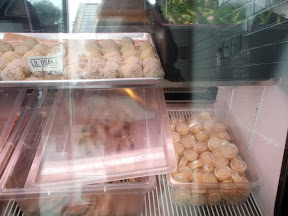 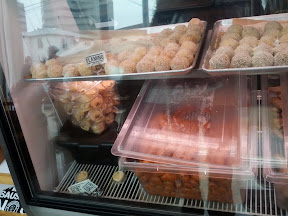 The store space is pretty small and a lot of people stand around eating their food. The front of the restaurant has a case of the raw sausages and fried balls they are most famous for. We also saw the owners that were on the show inside working as well. 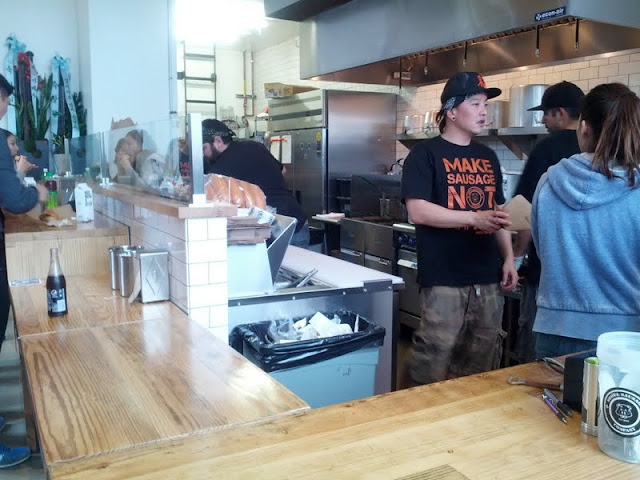 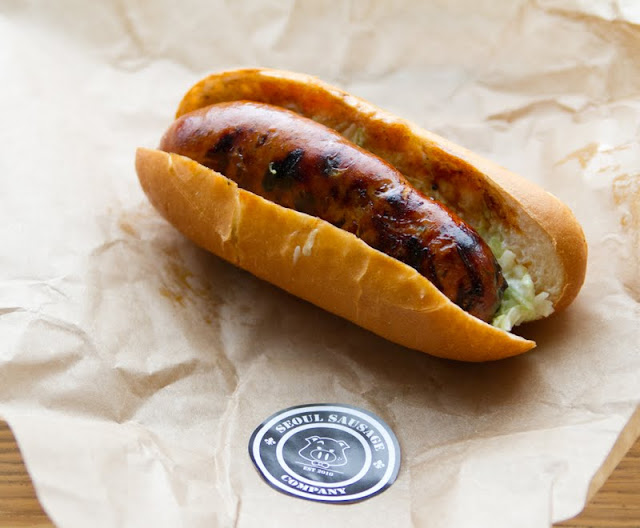 I was surprised to find that this sausage really was made up of Korean style spicy marinated pork. I enjoyed this one, which was served with a slaw and a bun. 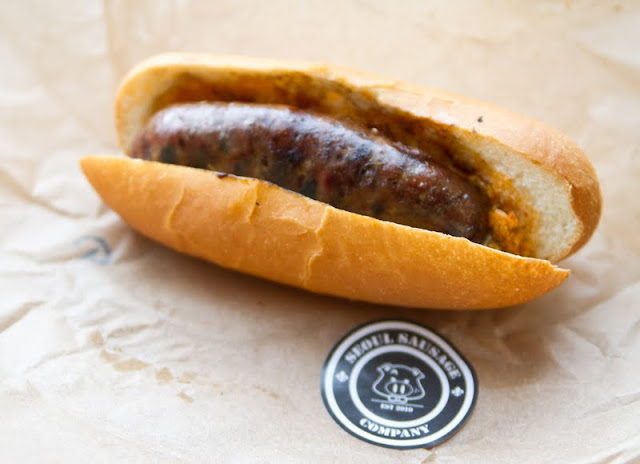 This one was made up of the sweeter galbi meat. I liked it, but preferred the spicy pork one more. 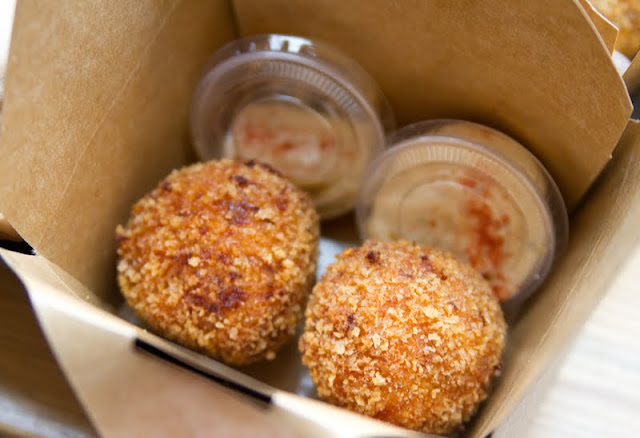 Their fried balls were quite a success on the show. Flavored rice that is then deep fried. I believe this one is a kimchi and spicy meat. 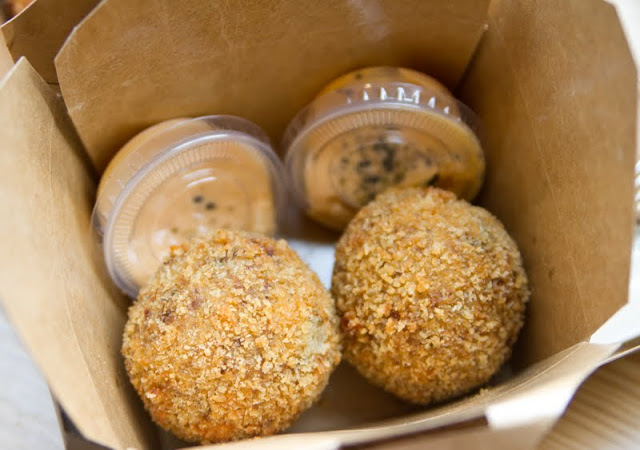 I enjoyed both of these, but liked this one more as it wasn’t as spicy and had a curry flavor. 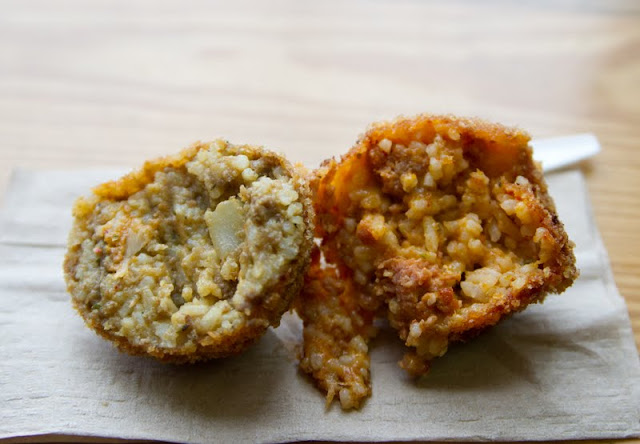 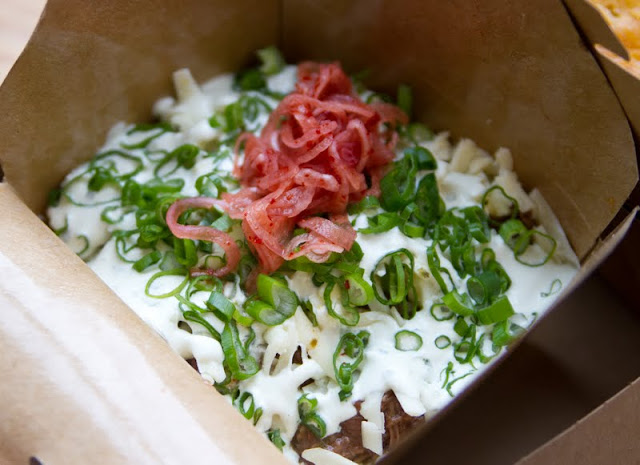 The poutine was really tender. The group seemed to really enjoy this one. I think I was a little too full to fully appreciate it. 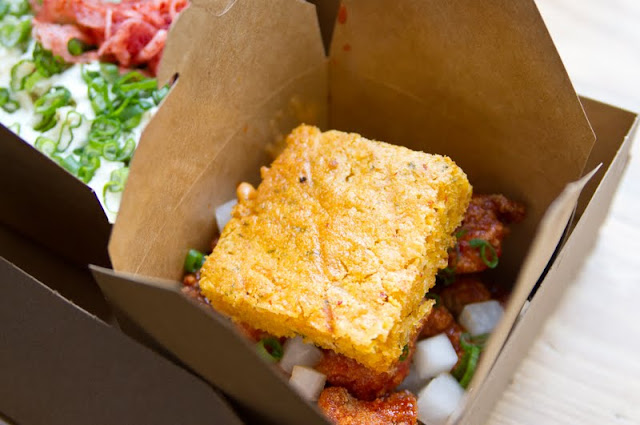 This was their version of korean fried chicken. Rather than wings, it was cubes of chicken, deep fried and slathered in a spicy sauce. It was served with some corn bread, which complimented the chicken quite nicely. 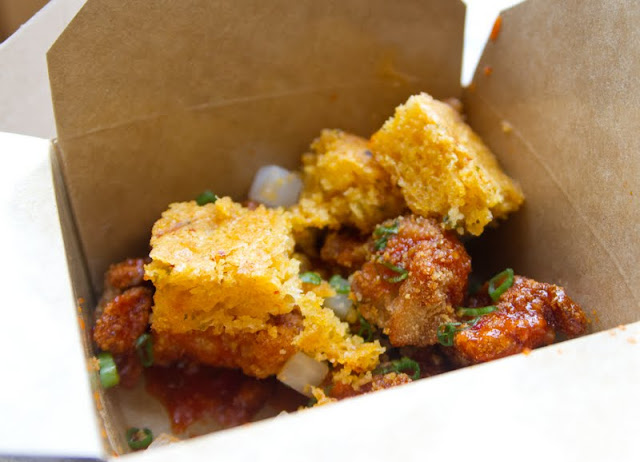 I thought these cartons of water they were selling were interesting. 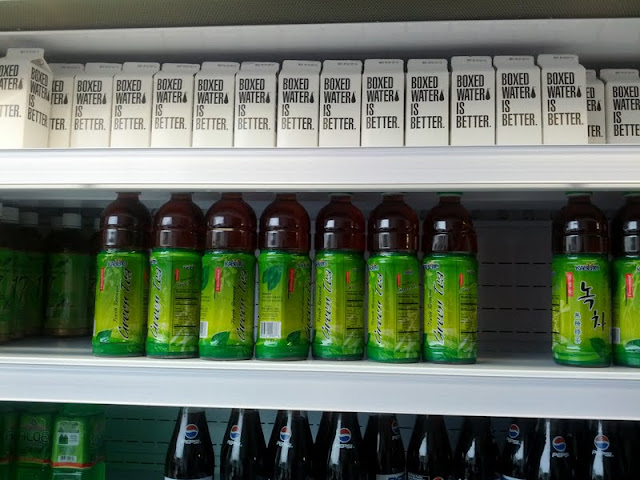 Overall, I enjoyed the food here. I did think the prices were a little on the high side. And while I liked the food, it didn’t particularly stand out.  I wouldn’t come all the way just to try this place, but if I was in the area, I’d stop by.