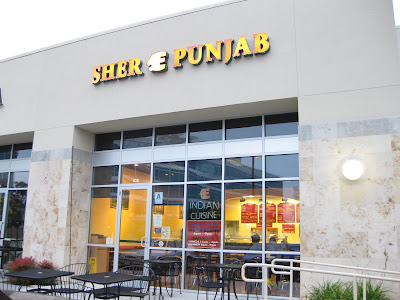 When I visited Opera Cafe & Patiserrie, I noticed a sign for the restaurant next door advertising a lunch and dinner buffet for just $7.99.  So cheap! And I had been craving Indian food, but none of my favorite buffets were open for dinner.  So Boyfriend and I decided to come back later that night for dinner.

I didn't have too high of expectations coming here.  I realized it was in a strip join that caters mainly to a working lunch crowd.  The inside of the restaurant is very much like a hole in the wall type of joint.  Very bare, simple tables.  Though there is a big screen tv that was showing an Indian film.  The buffet is definitely on the small side in terms of the amount of dishes offered.  But they do have the most popular ones like chicken masala, tandoori chicken, samosas, etc.  I was disappointed when I first saw everything and wasn't sure if I really wanted to eat there, but we were already there, so we decided we might as well try it out.

Here's what the buffet had to offer: 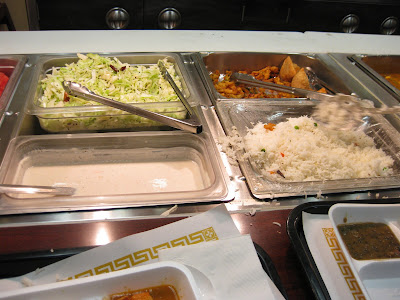 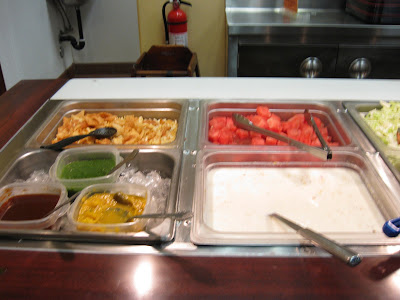 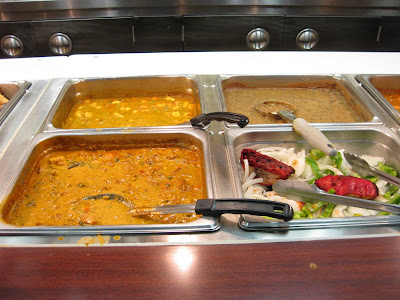 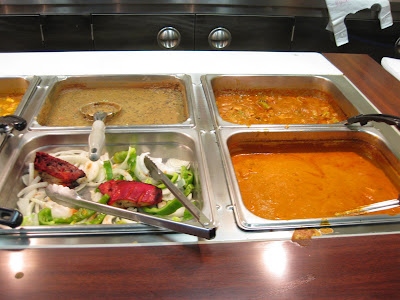 After paying at the cash register, we were given Styrofoam trays.  It reminded me of eating at the high school cafeteria.  The nice thing about the trays though is that it let you separate your curries so they don't all run into each other.  Here was my first plate of food: 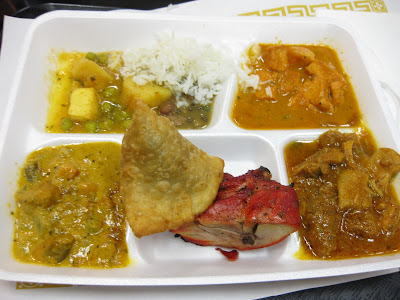 Right after we sat down, we were given two plates full of steaming hot naan. 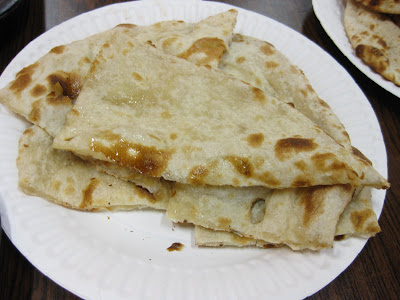 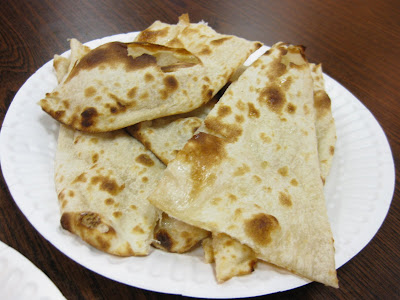 The naan was alright.  A little thin on some parts, but it wasn't too oily and it wasn't burned. After being given the naan, we were pretty much on our own.  There is a drinking fountain for drinks.  You grab your own plates and then throw away your plates at the end of the meal.  I understand now why they only charge $7.99.  They really stripped things down.  No glass plates, no need for waiters.

The food was average tasting.  Not nearly as good as my favorite Indian places, but not at the bottom of the list of places I've tried either.  Some dishes were better than others.  I wasn't a fan of the vegetable kormosa or the samosa.  I did like one of the chicken curry dishes offered (not sure what it was called).

For dessert, I had the kheer pudding. 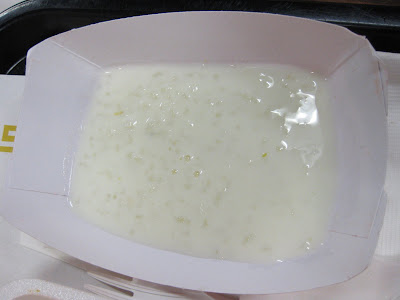 This was pretty yummy and I had several bowls.  Sometimes it can be a bit too watery.  This one had lots of rice inside.

Overall, I would say that if you are in the area working, this is a nice place to stop by during lunch.  I wouldn't come here for dinner though, nor would I go out of my way to visit. I also missed the glass plates and service.  For a few bucks more, most Indian buffets have a nicer set up, glass plates, waiters, and offer a few more different curries.  We also ordered the mango lassi, which I thought was a bit too much on the sour side.