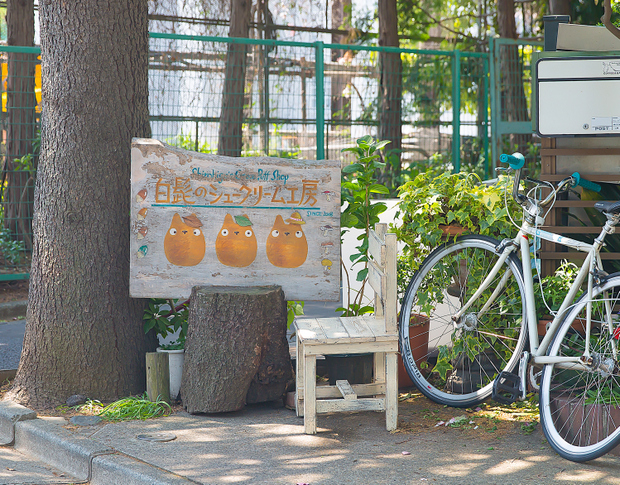 One of the highlights of my trip to Japan was a visit to Shirohige’s Cream Puff Factory, though most people refer to it as the Totoro Cream Puff Shop, as it specializes in the most adorable Totoro-shaped cream puffs.

The intimate shop and cafe are located in Tokyo, a little bit away from the main city. It’s in a more residential area, making it harder to find, especially if you are new to the Japanese address system. I plan on doing a more thorough guide/tips for travel in Tokyo later on, but to quickly summarize, the Japanese address system is quite different from the Western system. Many streets do not have names, which we soon learned the hard way our first day out exploring. Addresses refer to blocks and building numbers. To make it even more interesting, building numbers are not sequential, but rather are assigned based on when they are built. We found the best method was to pull up the address on google maps after we had reached the closest subway stop (most people rent pocket wi-fi devices when traveling in Japan so that you have internet on your phone at all times, even while underground in the subway), choose walking mode, then look at the path google had laid out. We’d then count the number of streets we’d see on the maps before each major turn and navigate based on that, looking for landmarks whenever possible to make sure we were on the right path. 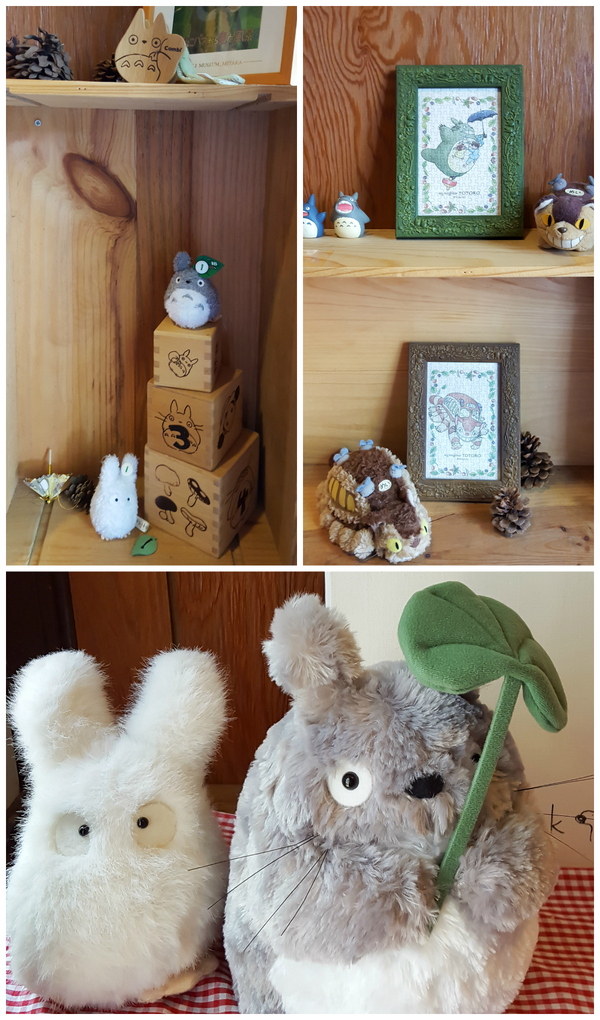 The cafe looks a lot like a house– one that Totoro might have lived in. The first sign we saw was this, making us think we were lost. 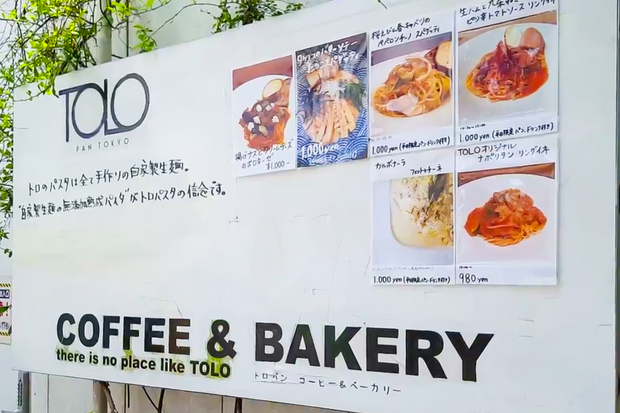 Then we came across this much smaller sign, letting us know we were in the right place. 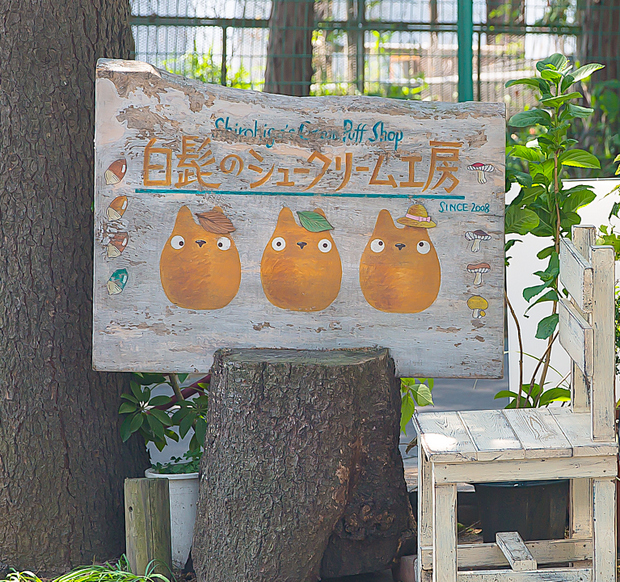 Inside, you’ll find a small entryway, with signs directing you to the shop downstairs or the cafe upstairs. 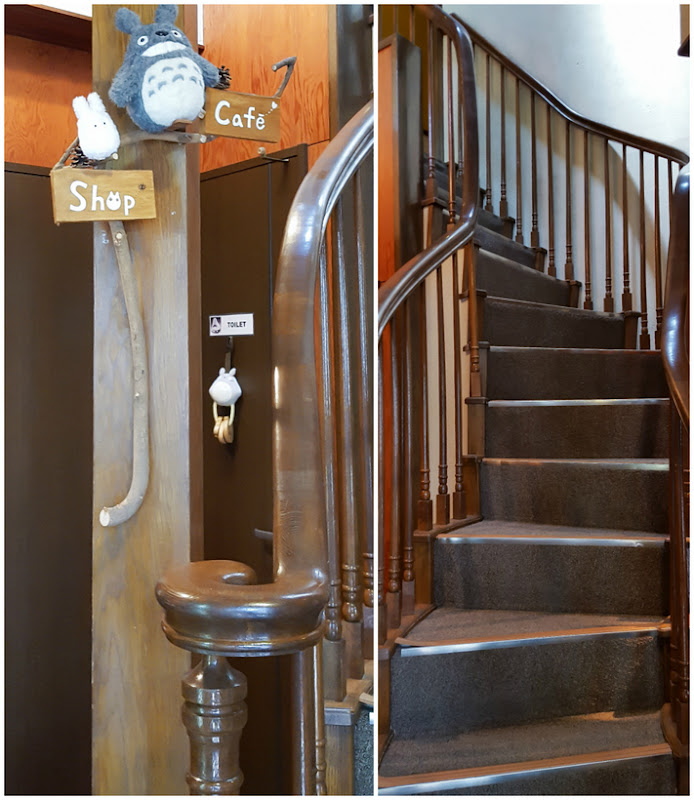 At the shop, you’ll find an army of Totoro shaped cream puffs which you can buy to-go. They also sell some other Totoro themed goodies like Totoro cookies. 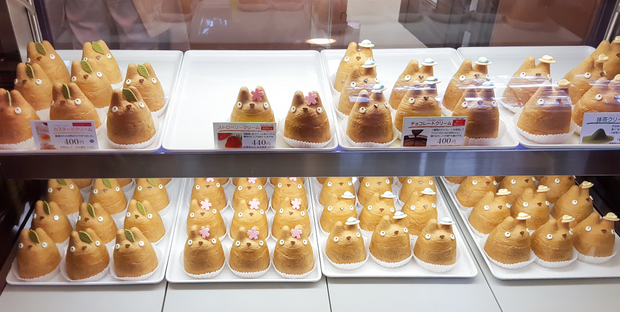 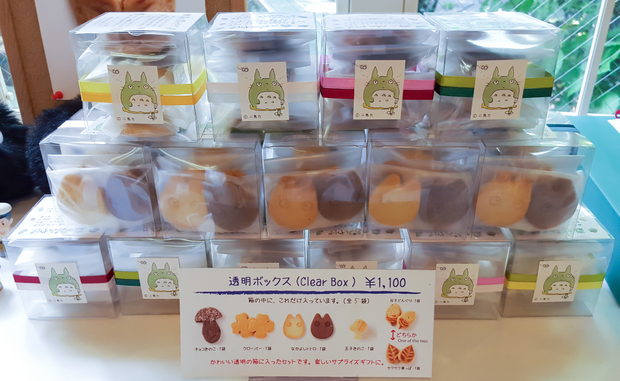 Up the winding, narrow staircase is a small cafe. Reservations are recommended since it’s a small space, but it shouldn’t be too hard to get one. We had our hotel reserve us a spot the day before.

The cafe sells drinks, lunch entrees and cream puffs. During my visit, I didn’t see anyone order any of the various entrees. Everyone was there for the cream puffs. If you only want to order dessert, they do require a one drink minimum per person.

There were four different flavors offered the day we went, and Mr. K suggested we might as well order them all because they happen to come in a wooden plate that holds exactly four. 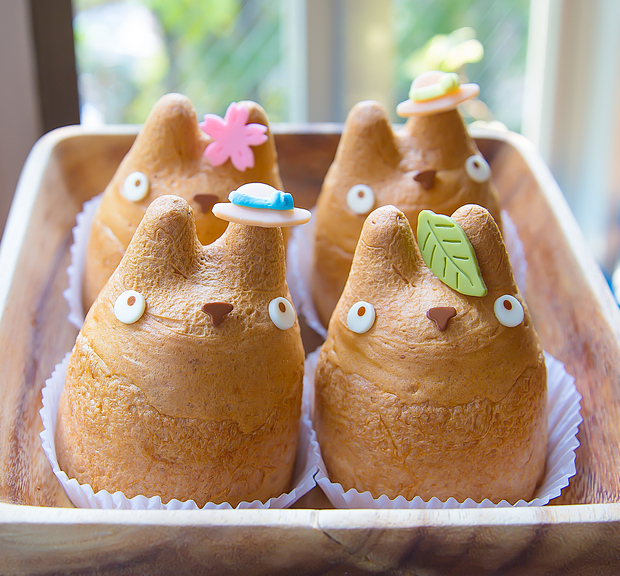 Have you ever seen anything so cute? I love how each flavor was wearing something a little different to help distinguish it from the others. After many, many photos, it was time to dig in. It was really hard to bring myself to eat one of these because they were just so precious and I didn’t want to destroy them. I just wanted to freeze them and keep them forever.

I finally did bite into one, though only after turning its face away from me and starting from the bottom. I chose the green tea one (with the yellow hat). The cream puff had a firm, but flaky exterior. The green tea custard filling was light, not too sweet and tasted like it was made from-scratch.

We ended up taking two of the cream puffs to-go, as they are rather large and we had other eating stops planned. To my surprise, they actually gave us the cheaper t0-go price for the two that we were taking away, even though we had ordered them in the cafe. I thought that was a very nice gesture on their part.

Overall, we really loved visiting this cafe. Even though it’s a little out of the way, I think it was worth the visit, especially if you love Totoro.