by Kirbie
Jump to Recipe
9127 shares

These shortcut Chinese scallion pancakes taste similar to the traditional version, but without having to deal with kneading or rolling dough. The batter comes together in about 5 minutes. 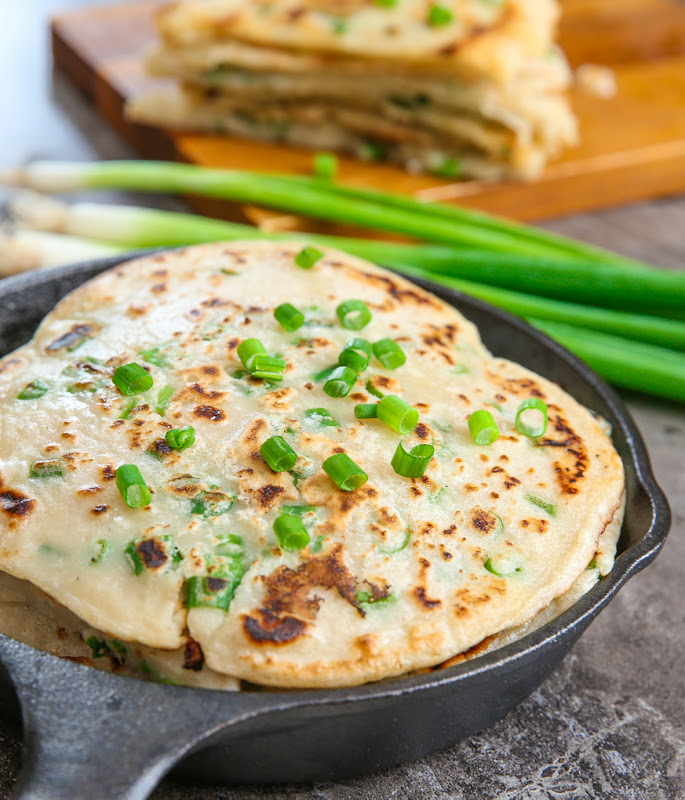 Chinese scallion pancakes (葱油饼, pronounced cōngyóubǐng) is a favorite of mine. Layers of dough intermixed with chopped scallions and pan-fried until crisp. It’s actually more like a flatbread rather than a pancake. 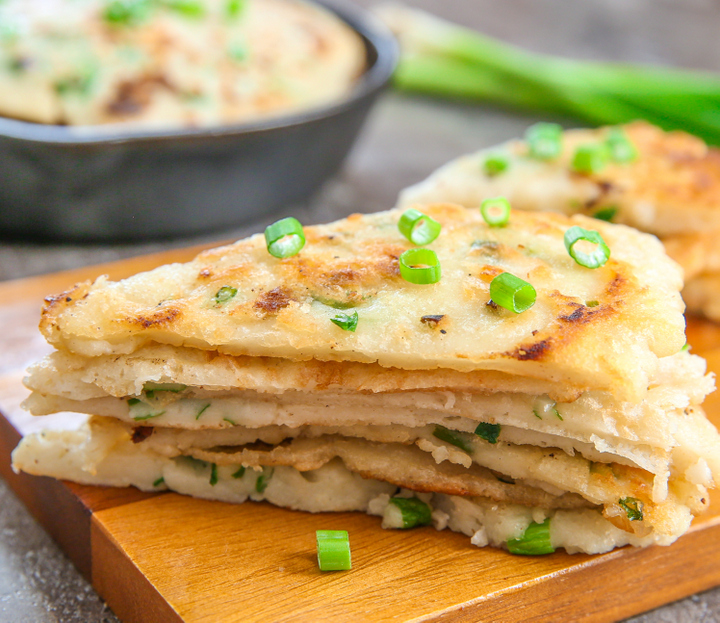 It’s not too hard to make and I’ve shared my method before, but I’m usually too lazy to make it unless I have my siblings or other helpers around to do most of the labor. Recently I came across a shortcut recipe from China Sichuan Food that had me intrigued. 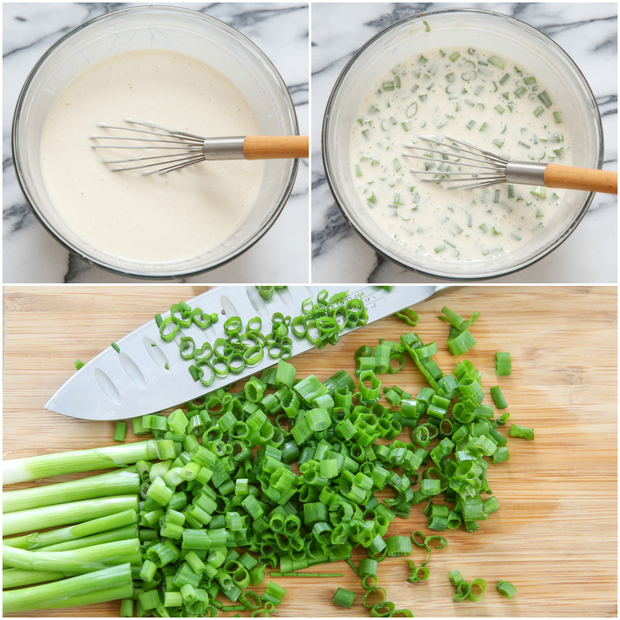 Her method involved a liquid pancake batter, which is then poured into a pan and cooked. 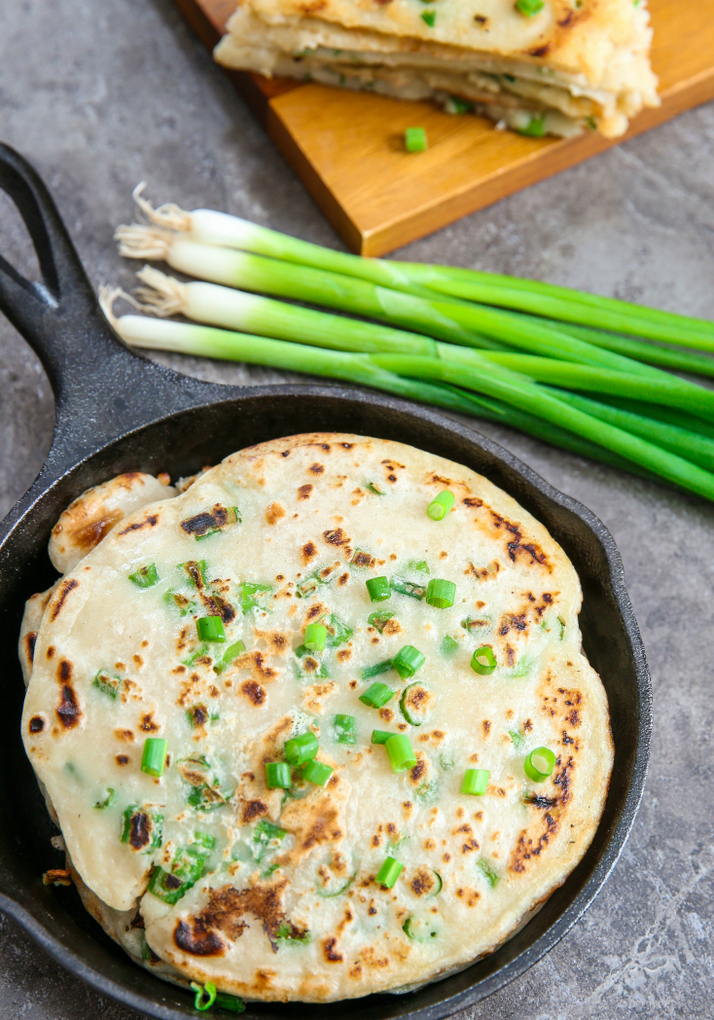 And the verdict? Pretty good! Of course, it’s not going to have all the layers of a traditional one and the texture isn’t quite the same, but it tastes similar and is a good recipe to have when you need something quick. 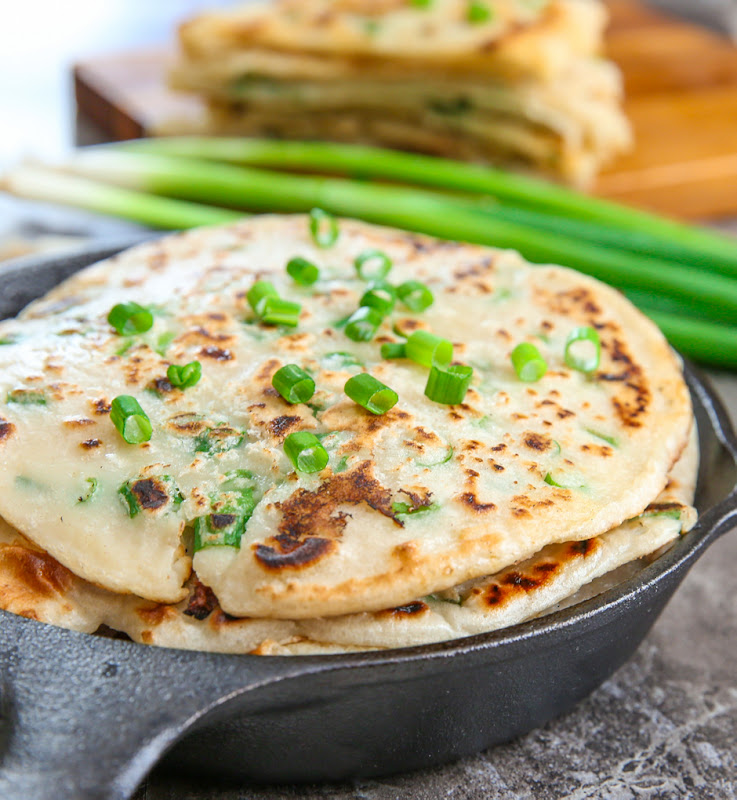 It took me a few tries to get the hang of it and I’ve tried to describe my process in detail below. I made some slight changes from the original recipe, so my  version is below, but please be sure to visit China Sichuan Food for her original recipe and directions (and gorgeous photos). 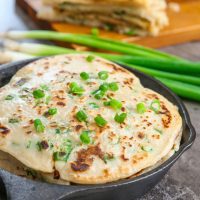 Servings: 6 pancakes
Prep Time: 5 minutes
Cook Time: 30 minutes
Total Time: 35 minutes
Course: Appetizer, Side Dish
Cuisine: Chinese
These shortcut Chinese scallion pancakes taste similar to the traditional version, but they are so much easier to make. You don't need to deal with kneading or rolling dough and the batter comes together in about 5 minutes.
Print Pin Rate

Did you make this recipe?I'd love to see it! Mention @KirbieCravings and tag #kirbiecravings!
9127 shares
Posted in: Asian dishes, Recipes
7 Comments // Leave a Comment »