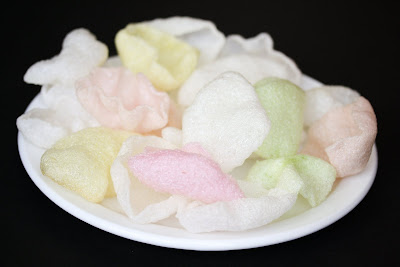 When I was little, every time there was a class party where we had to bring in food, my mom would fry up shrimp chips for me to bring to school.  With the festive colors and crunchy texture, these chips were always a huge hit. 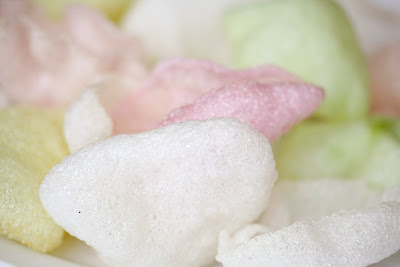 Nowadays, the only time I seem to eat shrimp chips is when they are served at Chinese restaurants.  With Chinese New Year coming up, I’ve been trying to make some more chinese dishes lately.  Shrimp chips are really easy to make.  You can purchase them at your local chinese grocery store. They look something like this: 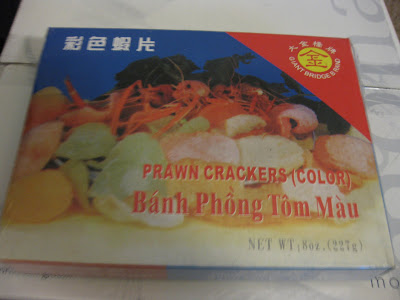 Though I would not recommend this brand.  Despite the fact that it says “color,” there were very few color chips.  About 95% of the bag were full of white chips.  The uncooked chips looked like little pieces of plastic or glass: 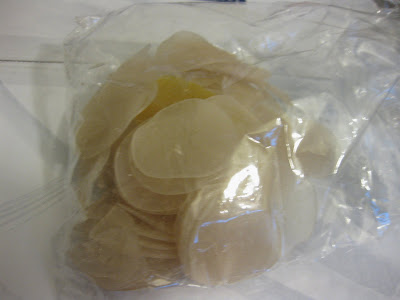 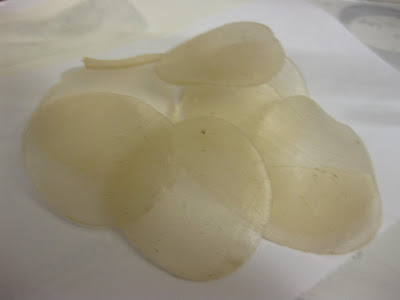 In order to cook them, you simply put them into someone hot oil.  I usually use a wok.  You want enough oil that the chip will submerge in the oil, but you don’t need too much. The chips fry up quickly, puffing up to into unique shapes. They should puff up as soon as they hit the oil.  If they don’t, your oil might not be hot enough or you might not have enough oil.  As soon as they are finished puffing, you need to remove them or else they’ll burn. I recommend using chopsticks to take them out.  For the first few, I used a spoon, and I found that method took longer and brought up a lot of oil.  It’s pretty fun watching them puff up.  Here is a video we took of a chip cooking: 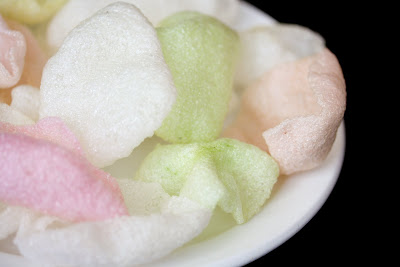 The chips are crunchy and don’t have much of a shrimp flavor. 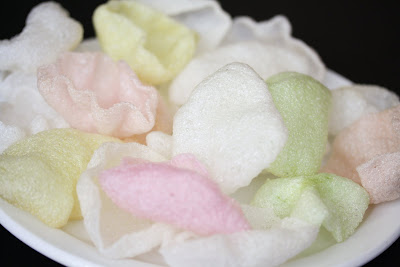