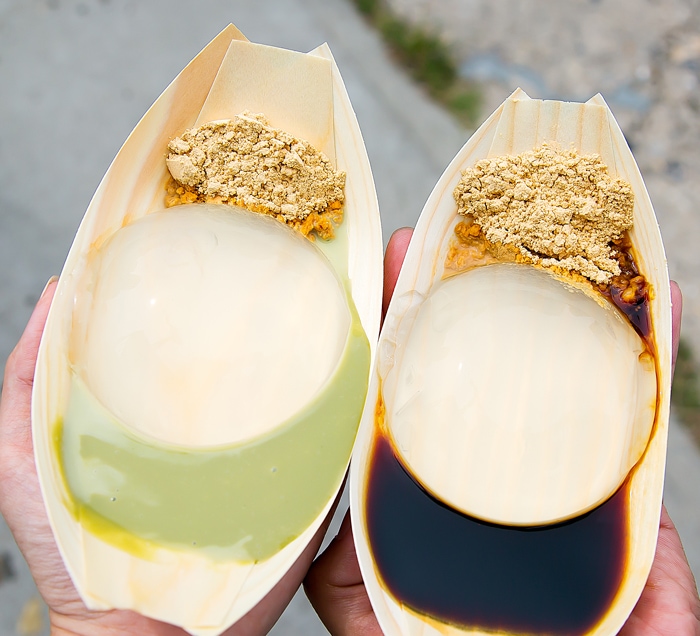 Smorgasburg is an outdoor food market that started in New York City. (There is now also one in LA.) Located in Brooklyn, it features around 75 vendors and is only open on weekends. Many food trends have come out of Smorgasburg, including the ramen burger and the raindrop cake. 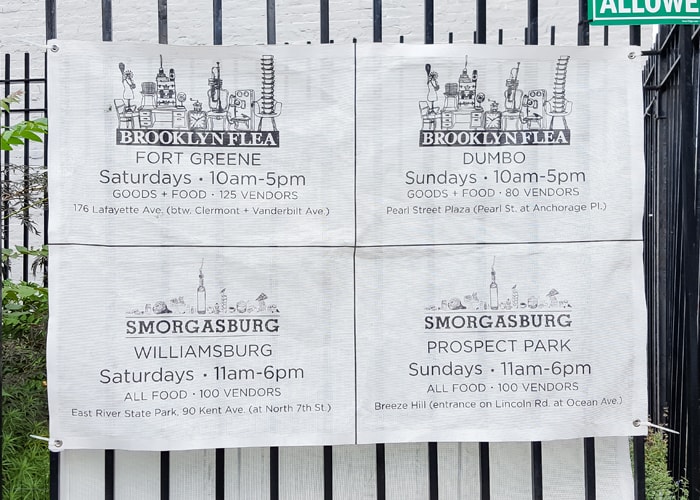 During our trip to NYC, we spent a few hours at Smorgasburg. It was quite crowded, so it was hard to take photos of the individual stands. 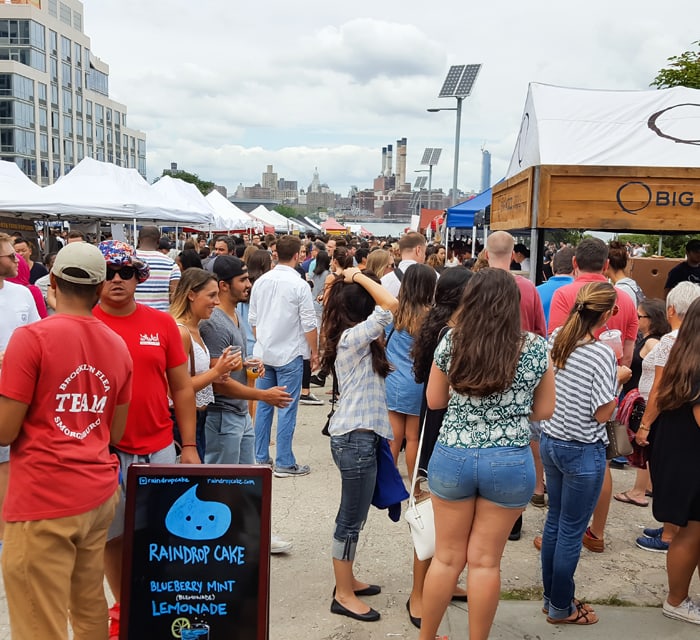 I really wanted to try the Raindrop Cake. Inspired by a traditional Japanese dessert, Mizu Shingen Mochi, the dessert was introduced to the US by Chef Darren Wong at Smorgasburg and became a huge food trend last year. You might recall, I actually made a raindrop cake (recipe here). However, I wanted to try the original. 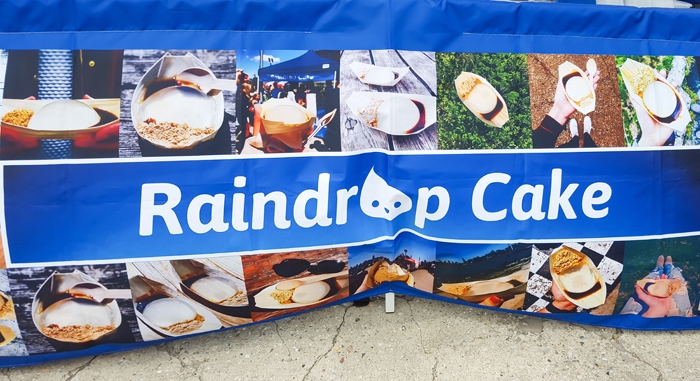 They offer a few different flavor syrups. We decided to get two: matcha and black sugar cane. When we got these, quite a few people came over to take a photo. 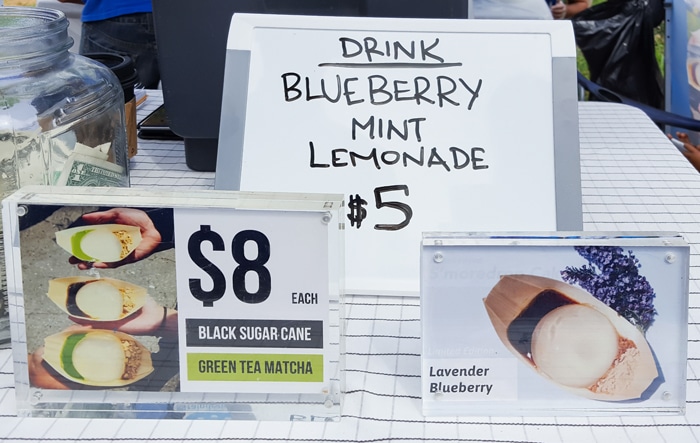 These ended up tasting exactly like the ones I made. I think they do use a different agar powder not easily available in the US which makes the cakes crystal clear. I haven’t found that type of agar here. However, they still tasted the same as the ones I made. Mine are just a little cloudier.

On the one hand, I was relieved to learn that they tasted the same so now I can just make them at home. But knowing how easy these are to make, I did think they were quite overpriced at $8 each.

I’ve heard really good things about the doughnuts from Dough. We didn’t have time during our trip to visit their physical store, so it worked out nicely that they have a booth here so I could try their doughnuts. 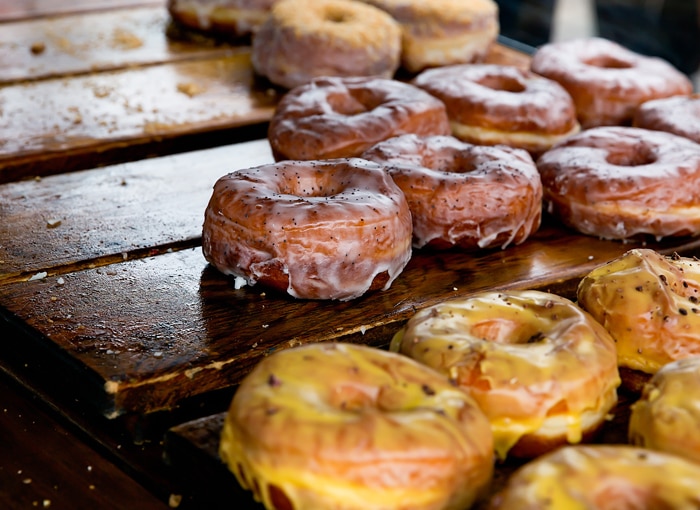 I was impressed with the unique flavor combinations and how fluffy the doughnuts looked. We chose two: toasted coconut and hibiscus. 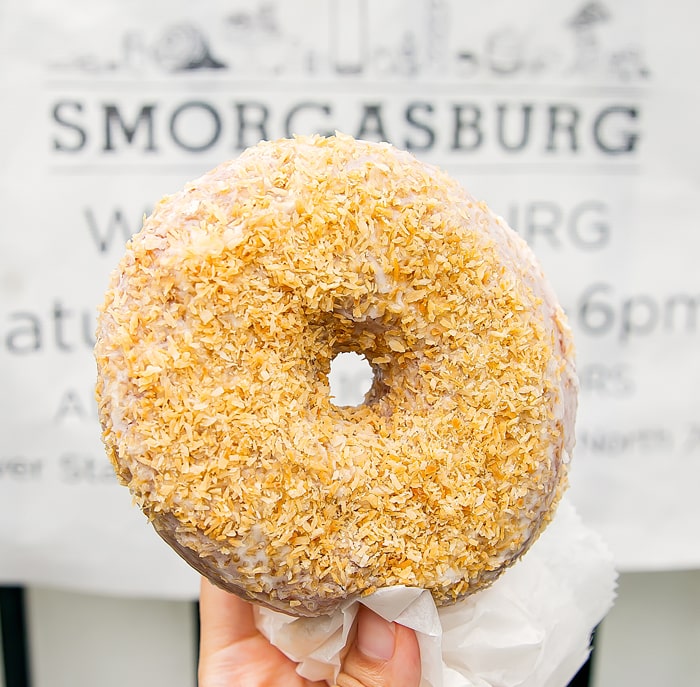 The toasted coconut was super fluffy, but also very rich and filling. The hibiscus one got very smashed and I thought the glaze was too sweet. 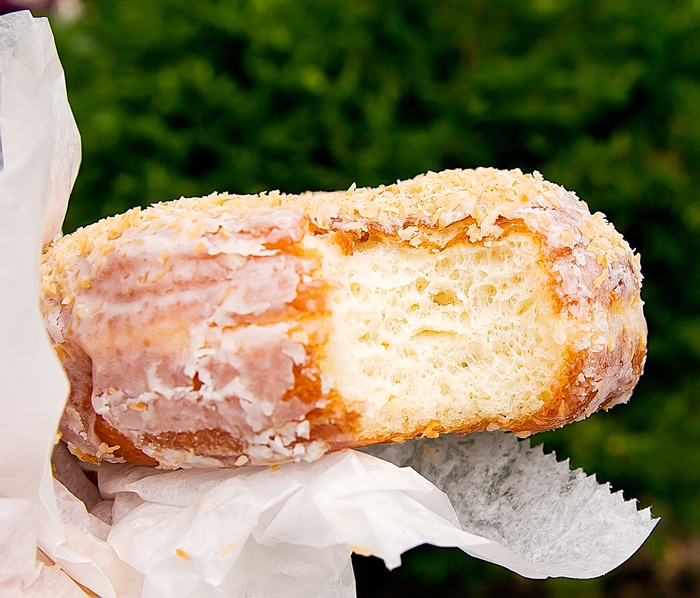 I had wanted to try the ramen burger, but the line was ridiculously long. They had the longest line of all the vendors there. 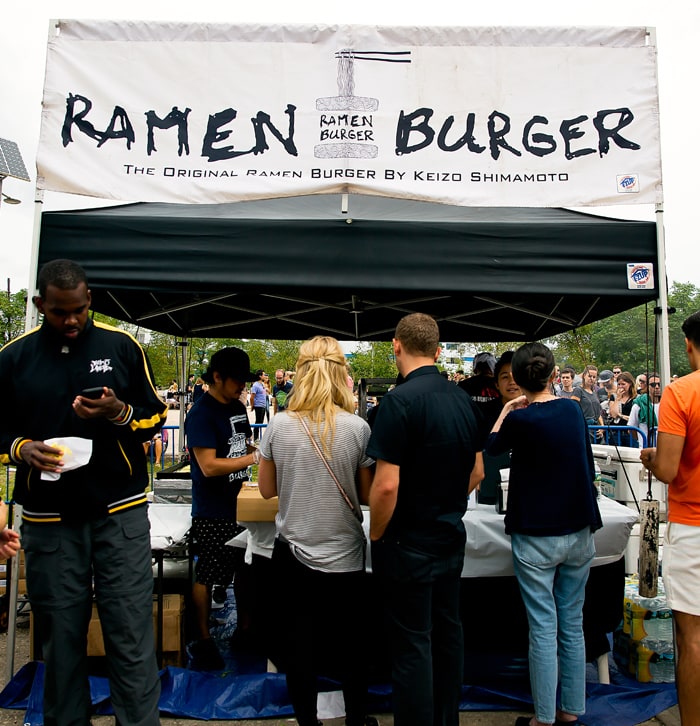 It was a hot day and nearly everyone was getting a mango flower/rose on a stick. So we did as well. It was super juicy and refreshing. We walked away from the crowd towards the water to enjoy our treat. 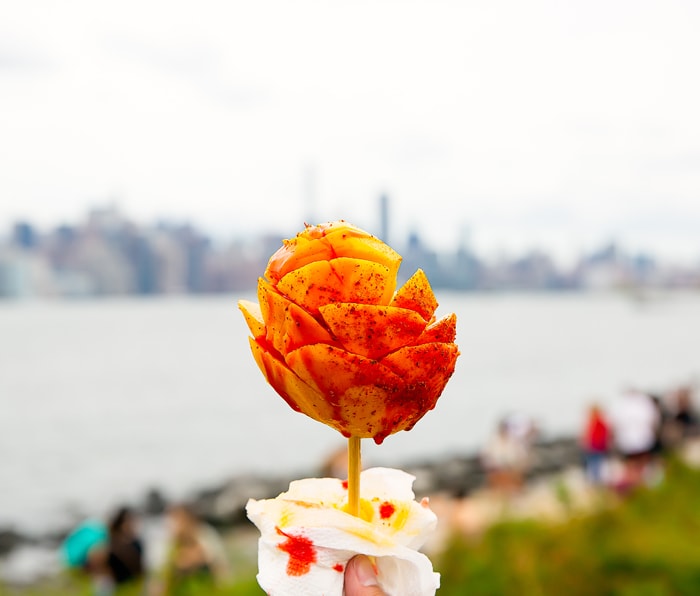 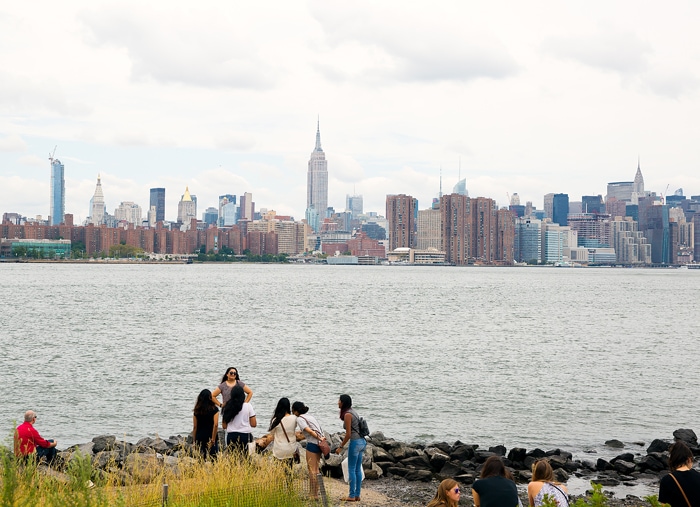 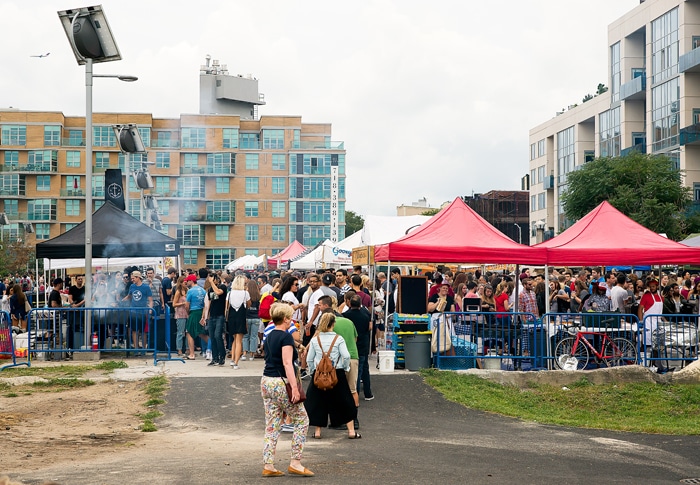 Overall Smorgasburg was an interesting experience. It is a great idea to have so many food vendors in one place; I just don’t like waiting in so many lines.