Solace and the Moonlight Lounge 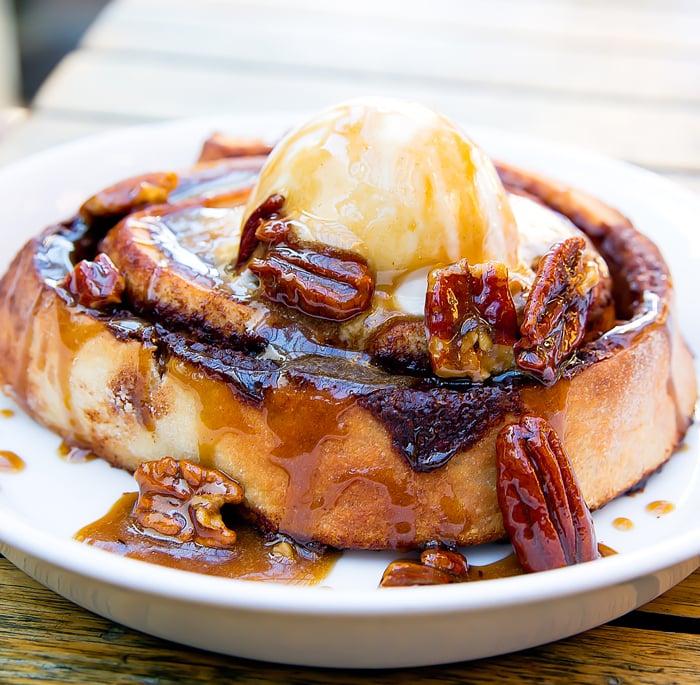 Solace and the Moonlight Lounge has become one of our go-to spots when we want a leisurely brunch without dealing with long lines and big crowds. They are the sister restaurant to the very popular Urban Solace and while the menus aren’t the same, both restaurants carry the signature giant cinnamon roll, which is still the best cinnamon roll I’ve eaten.

Our previous go-to spot was their sister restaurant Sea & Smoke, but then they closed last year so we started going to Solace. Before all this rain hit San Diego, we enjoyed a few sunny weekend brunches here recently.

We started with the cinnamon roll. It’s quite big– definitely meant for sharing. The cinnamon roll comes with giant scoop of cream cheese icing. For an extra dollar, you can also get pecan syrup.

The cinnamon roll is super fluffy with a good ratio of cinnamon. The roll itself isn’t too sweet, though it gets quite sweet with all the icing and syrup. I usually eat around the icing but it is nice for presentation.

I’ve tried many cinnamon rolls over the years and I always still think these are the best ones I’ve had. 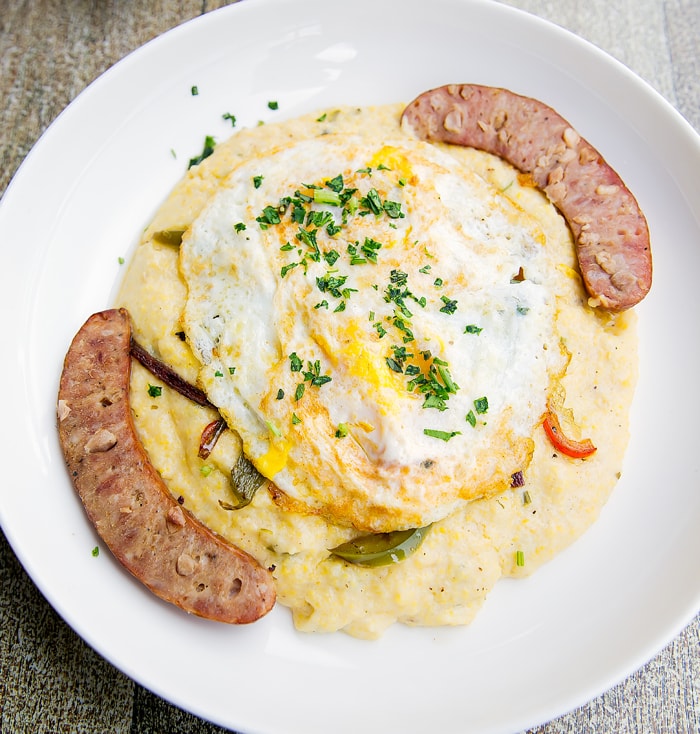 Creamy polenta, fried eggs, roasted bell peppers, onions, apple gouda sausage. This was one I haven’t tried before and it might be my new favorite entree to get. The polenta was thick, creamy and savory. It went well with the eggs, peppers and sausage. 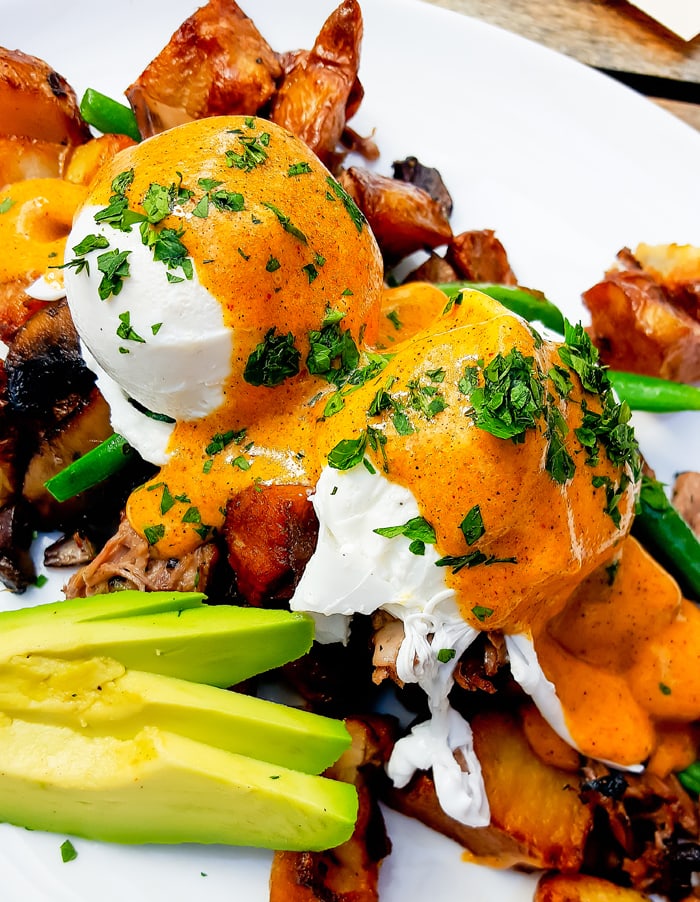 Green Beans, Mushrooms, Avocado, Poached Eggs, Smoked Ancho-Chili Hollandaise. There was also some braised pork in here, which I think was in error but I didn’t mind.

Overall, we’ve had some good visits here. The servers are always friendly, the atmosphere is relaxing and not too loud. They take reservations and the food we’ve had is always solid. Plus, that cinnamon roll!

2 comments on “Solace and the Moonlight Lounge”