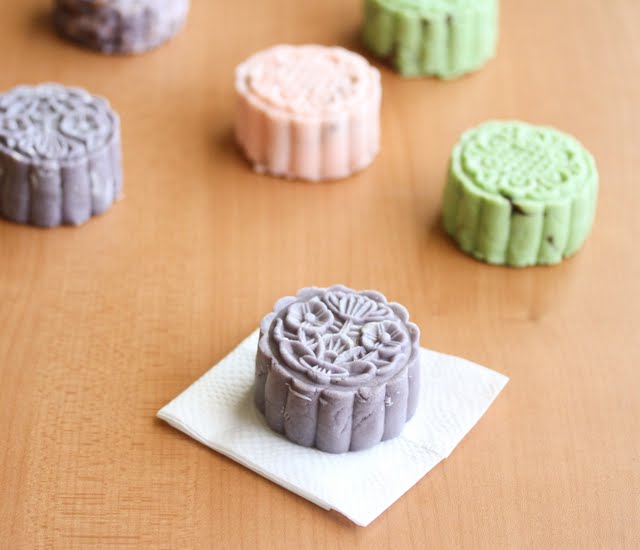 Here they are. My first attempt at making Snowskin Mooncakes (also called ice-skin mooncakes) for Mid-Autumn Moon Festival. Hopefully I can improve on the imperfections next year.

During Mid-Autumn Moon Festival, mooncakes are traditionally enjoyed with a cup of hot tea. Usually right before Moon Festival, you’ll see bakeries and grocery stores carrying mooncakes. People will buy them and give them as gifts to friends and family to enjoy. 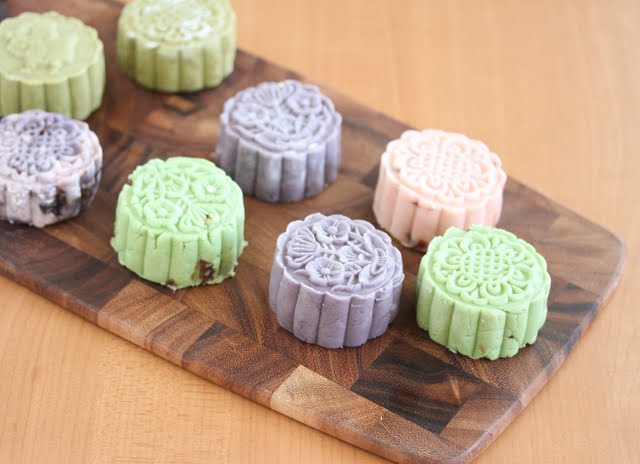 There are the traditional mooncakes which have a golden brown pastry skin and there are these snowskin mooncakes, which have a skin that is white in its original form, but can also have other colors and flavors. 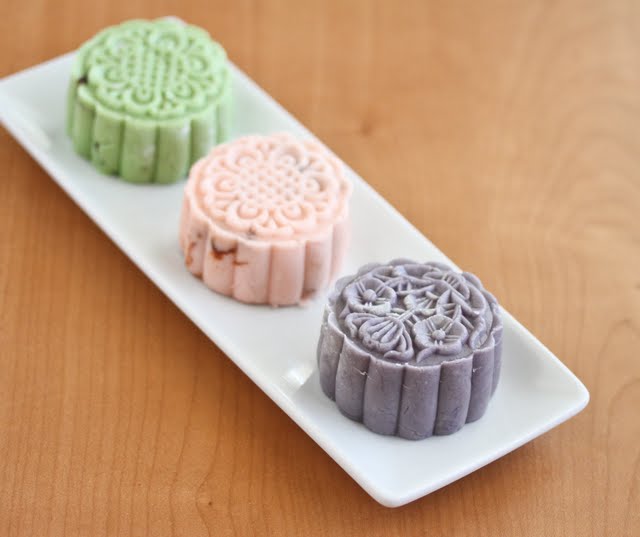 These caused more stress and headache than they should have. Now that I know what to do, it’s actually quite easy to make.

Last year, I read several recipes for snowskin mooncakes and they seemed really simple. So I vowed to make them this year. First, I had to get the mooncake molds, which I couldn’t find. Luckily, there are quite a few options on Ebay. (Update! they are now available in various sizes and designs on Amazon.) Traditionally, mooncakes are made in wooden molds which you can still get in Asia. A more modern development are these plastic molds where you can easily shape and have different faces to you mooncakes. It reminds me of the spritz cookie device. 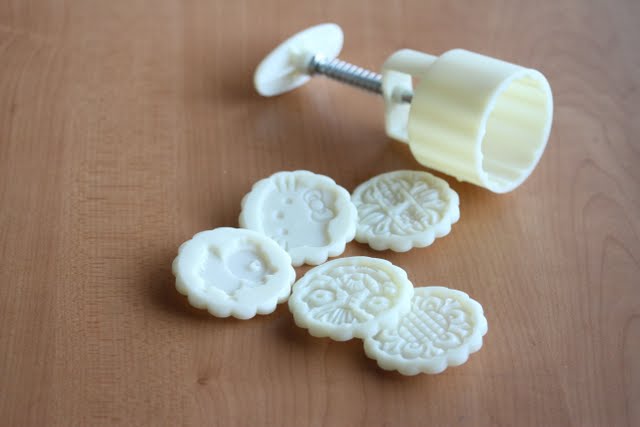 There’s many sellers selling these on ebay coming out of Asia and you can choose one with the face plates that best suit your needs. I bought this set, which came with some chinese character plates, some flower patterns, and some cute ones like a chicken and hello kitty. I also bought it in the 100 gram size, which makes a medium sized mooncake. 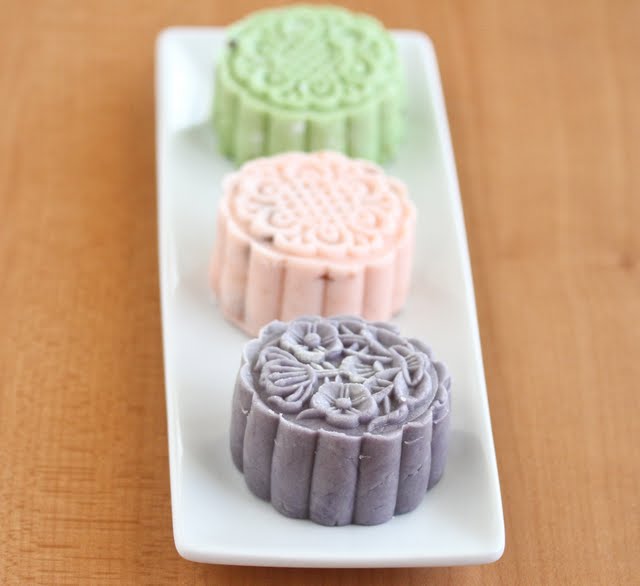 Every recipe I came across used a flour called koh fun (烤粉), which is basically cooked or fried glutinous rice flour. Some recipes also just called for the a premade snowskin flour. While these flours appear readily available in Asia and some other parts of the world, I could not find them anywhere in San Diego and went to several stores in search. See last picture in this post for the picture of the flour that I kept finding online as a reference.

Update: I was finally able to find the flour in 2013, though not the same brand as the one I linked. You can see my updated post with pictures of the flour I bought here. 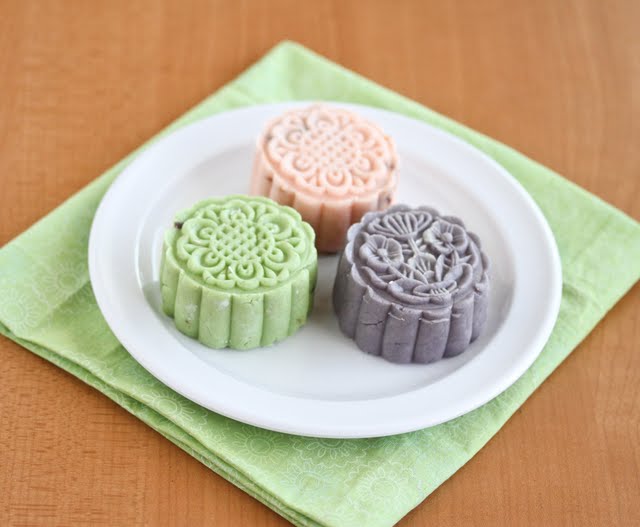 Finally, I decided to make my own flour. It seemed easy enough because you can buy raw glutinous rice flour from Chinese supermarkets and it was just a matter of cooking it. Unfortunately, the recipes out there describing the cooking process are pretty vague. First, I followed one that did the steam and then microwave method. Once I finished steaming, my rice flour looked exactly the same. When I put it in the microwave, I was told that it would turn lightly brown in a few minutes. It never happened and then suddenly my flour started burning. Not good. 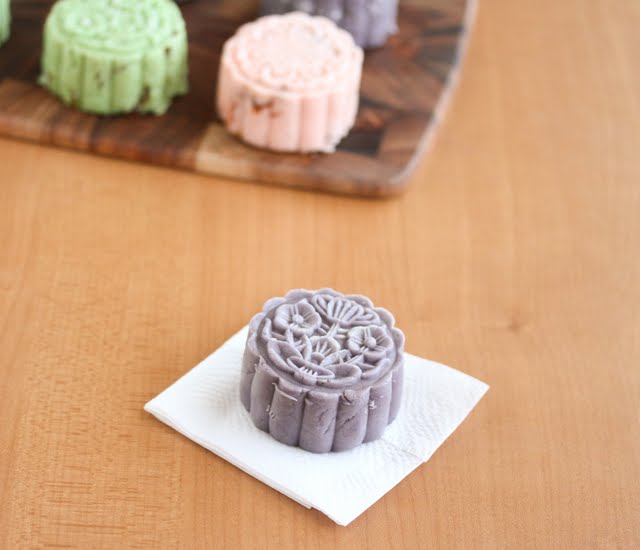 Then I followed another recipe telling me to cook it in a frying pan until brown. I cooked for more than 20 minutes and nothing.

Finally, I tried baking the flour in the oven. It took much longer than the recommended time, but about an hour in, I could finally see that the flour was starting to brown. It’s not a significant color change, it’s like a light tan color. 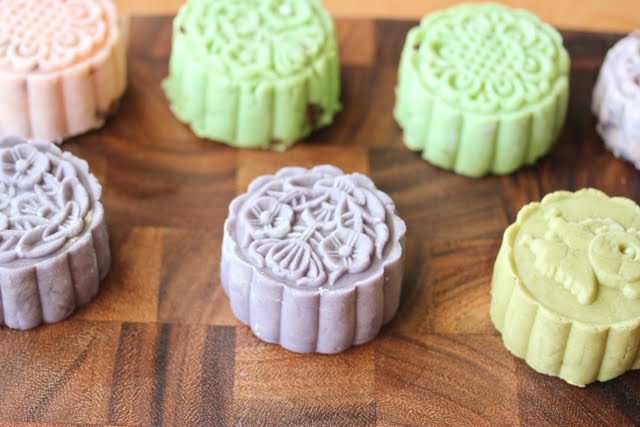 Once the flour reaches that stage, it’s done. Once I started mixing it with the other ingredients, it turned even darker, so that the dough is more of a yellow tan color rather than white. I think the version you can buy in store may be bleached in order to create the white snowskin mooncake because I would not be able to make a white one if I left the dough alone. When kneading the dough, it also have an almost nutty aroma since I was working with toasted flour. 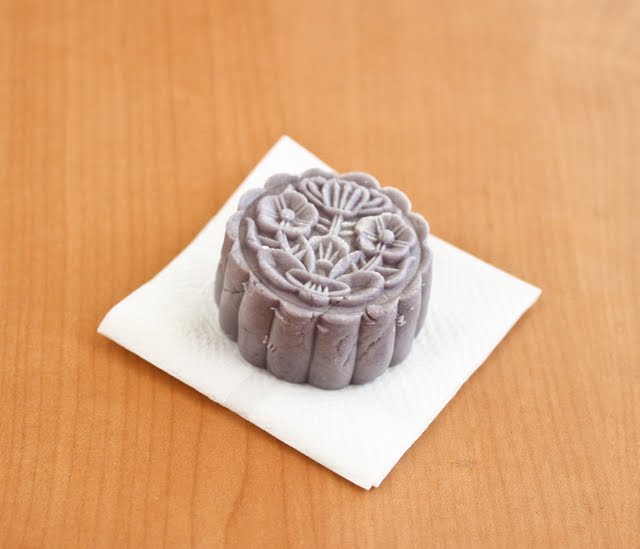 Making the flour is definitely the hardest part. Once that’s done, everything is a breeze. You mix a few ingredients to form a dough, place the filling inside, put in through the mold and then it’s ready. You do need to let it chill to solidify, but you don’t need to cook it or anything else. Now if only I could find the flour. It would make my life much easier. I’ll have to hunt harder for it elsewhere. For the inside filling, I used lotus paste and red bean paste, both ready made from Ranch 99. They are found in the refrigerator section. 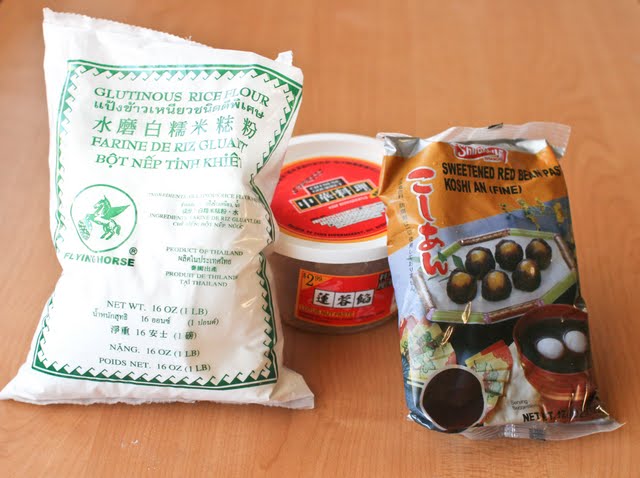 Another problem I encountered was that all the recipes I tried called for more water than I needed. And if I added in all the water, I was left with a liquid mess. So after two failed attempts, I finally got smart and would only add a little water at a time until the dough came together. 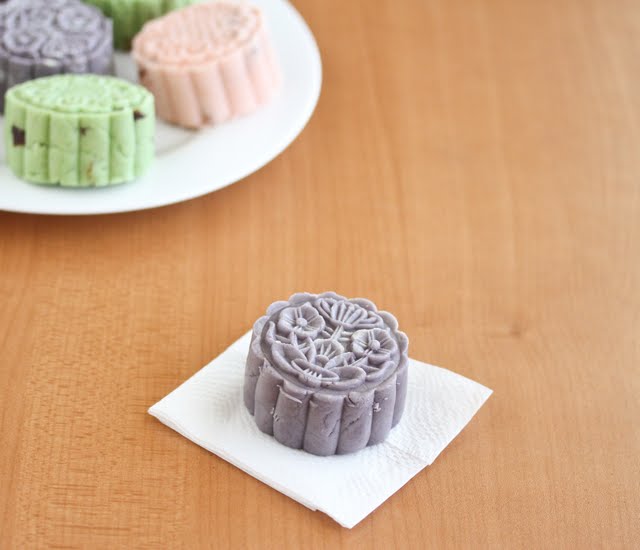 I love how versatile these are. You can simply add food coloring to the skins to get different colors or you can actually change the flavors of the skin. You can also even mix a few different colored doughs for a marbled effect. I’ll try that one next year.

If you do end up using the plastic molds, they don’t come with instructions. It took a few minutes to figure it out. First, you need to twist the knob so that the hinges of the plate fit into the mold device. Then you twist it to lock it and keep it in place. When you’re done with the mooncake and place it inside, first you press down hard. That makes the shape. Then you press the lever to release it and a beautifully shaped mooncake is formed. 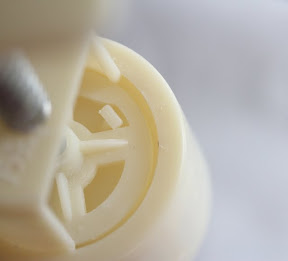 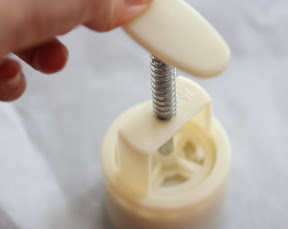 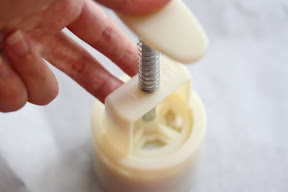 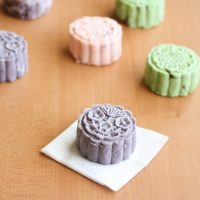 Did you make this recipe?I'd love to see it! Mention @KirbieCravings and tag #kirbiecravings!
Posted in: Asian dishes, Recipes
39 Comments // Leave a Comment »