Earlier last month, I was presented with an amazing opportunity to visit the Southern Living Test Kitchen as a Delta Faucet correspondent, along with seven other wonderful bloggers.

Southern Living is a magazine I adore for its food photography and recipes, so I jumped at the chance to visit the campus located in Birmingham, Alabama. During our short stay, the representatives for Delta Faucets arranged a packed itinerary to give us a taste of the city, which only further strengthened my bond with the South and desire to have a home there one day.

It also seemed fitting that we visited during the month when Jennifer Garner graced the cover of Southern Living, as she is one of my favorite celebrities. 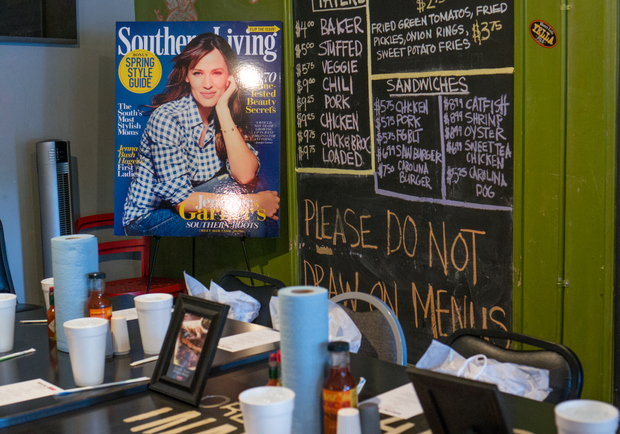 After a day of flying, our first stop was dinner at SAW’s Juke Joint. There, we started with platters of fried okra and smoked chicken wings. Both were so delicious, I couldn’t help but go back for seconds, thirds, and fourths. 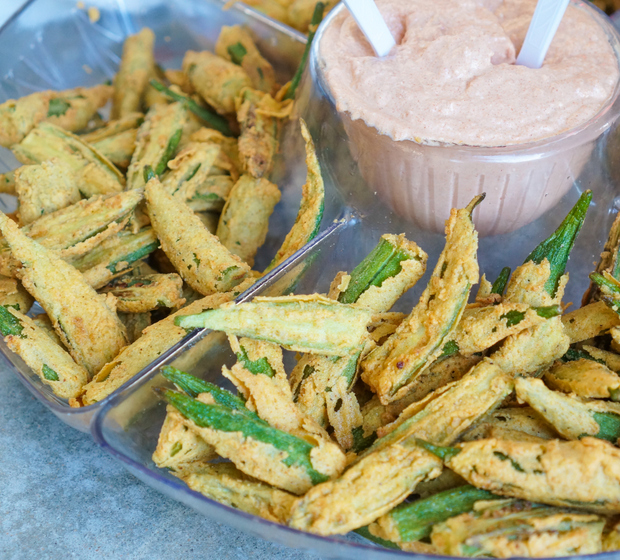 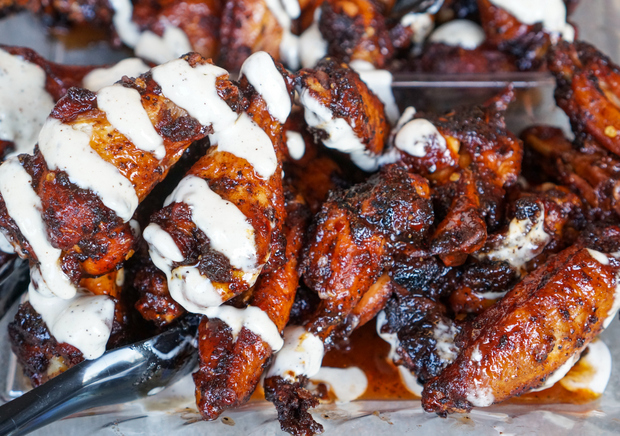 I’ve never been much of a fan of okra but I realize now that the okra I’ve been eating in San Diego is complete crap. Here, they only fry okra when it’s in season and it makes such a difference. The wings were quite popular, with their smoky flavor and generous topping of white bbq sauce, a tangy, dressing-like sauce.

While we munched on our appetizers, we got to meet Robby Melvin, the director of Southern Living Test Kitchen and the mastermind behind the majority of the recipes created for the magazine. We were able to pick his brain, which we took full advantage of, asking whatever questions popped into our minds. 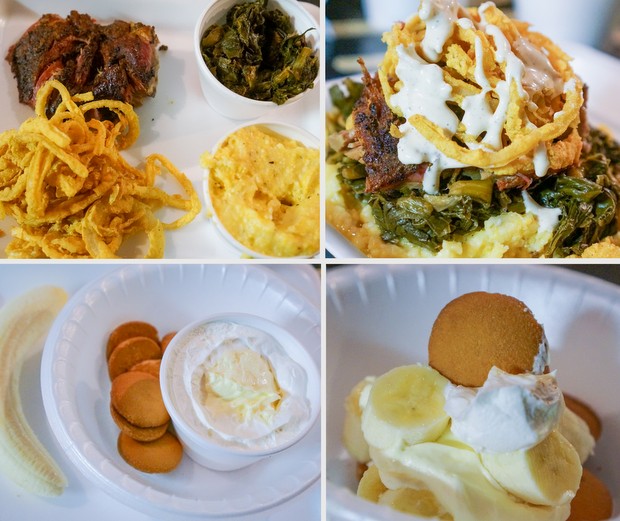 As the sun began to set, we went inside for dinner. Delta had a #HappiMess theme for this event, and to go along with that, each of the dishes we had that evening were served deconstructed, and it was our job to build our own creations.

The next morning, we went for brunch at Another Broken Yolk. 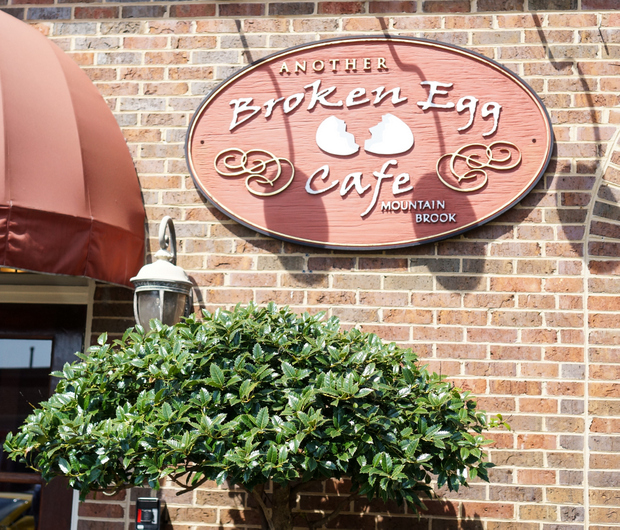 Our group shared some Biscuit Beignets to start. These were so good! I have to try recreating them one of these days. 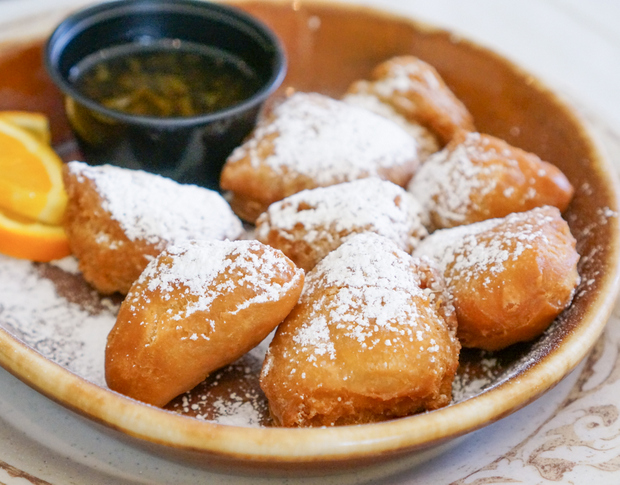 For my main entree, I ordered shrimp and grits. You can’t really see the grits, but they were delicious. Having now had grits in four Southern cities, I’m convinced that no restaurant in San Diego is making them right. I’ve actually been making them a lot at home because they have become such a comfort food for me. I’ll be posting a recipe for Southern grits soon. 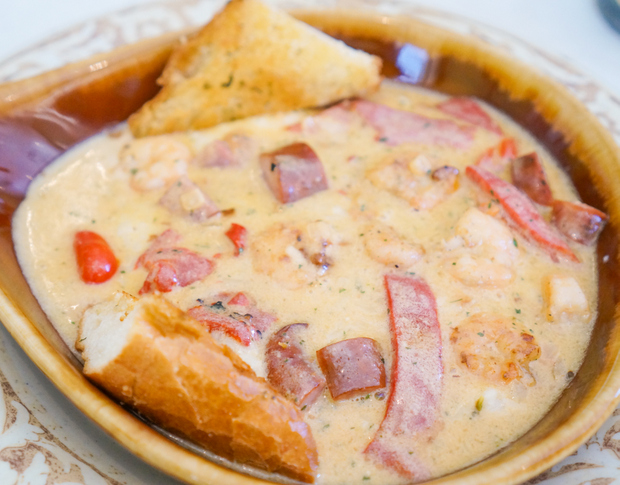 After we started eating, I noticed the restaurant carried to most adorable coffee mugs. They were so unique looking, that I ordered myself a coffee, simply so I could admire the mug more. 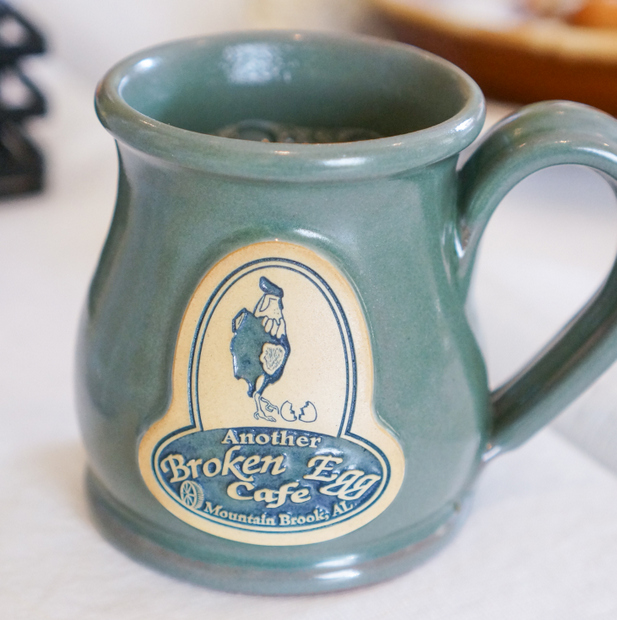 Later on, I asked if they sell the mugs, and they pointed me to this entire cabinet filled with them. Can you imagine my excitement? 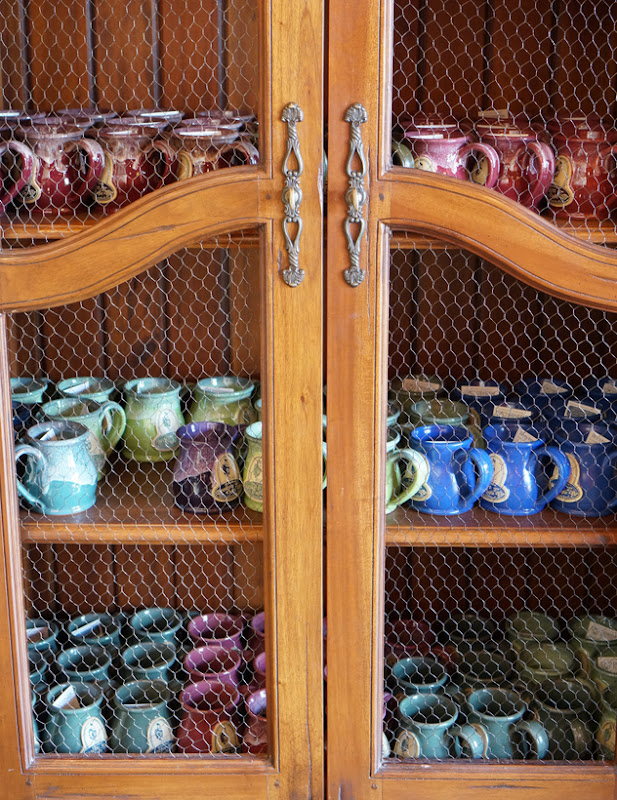 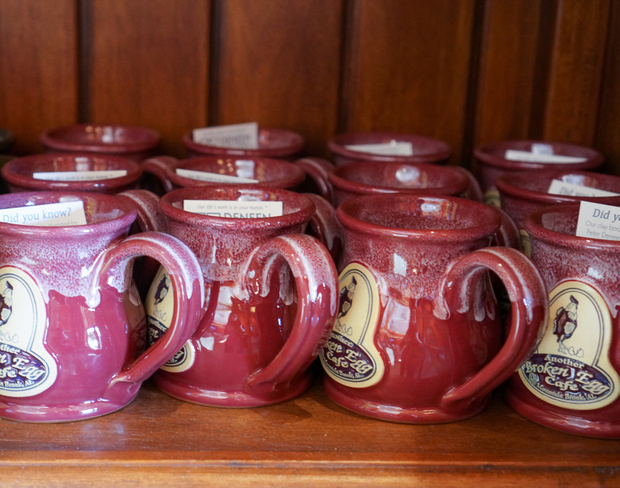 Mugs in different colors, some frosted, some not. It was so hard to decide. I finally chose two: frosted purple and frosted green. When I got home, I researched a little more into them. They are handcrafted mugs made by Deenan pottery. I’ve been using mine every morning and just seeing them brightens up my mood. 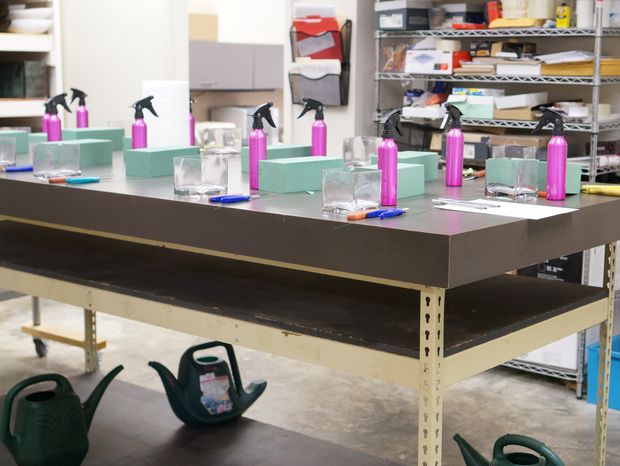 After brunch, they whisked us away to a flower arrangement class at Dorothy McDaniel’s Flower Market.  I was completely enchanted with these green flowers, called Green Trick Dianthus. 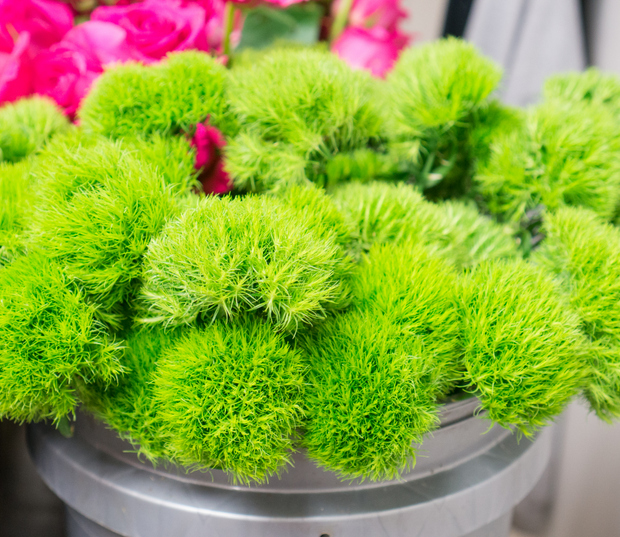 I’ve been searching everywhere for them since coming back to San Diego so I can add them to my garden. So far, no luck, but I’ll be checking the specialty nurseries soon. I love how they look; they remind me of the tree drawings from Dr. Seuss’s books. They feel soft and fuzzy and they actually last quite a long time. 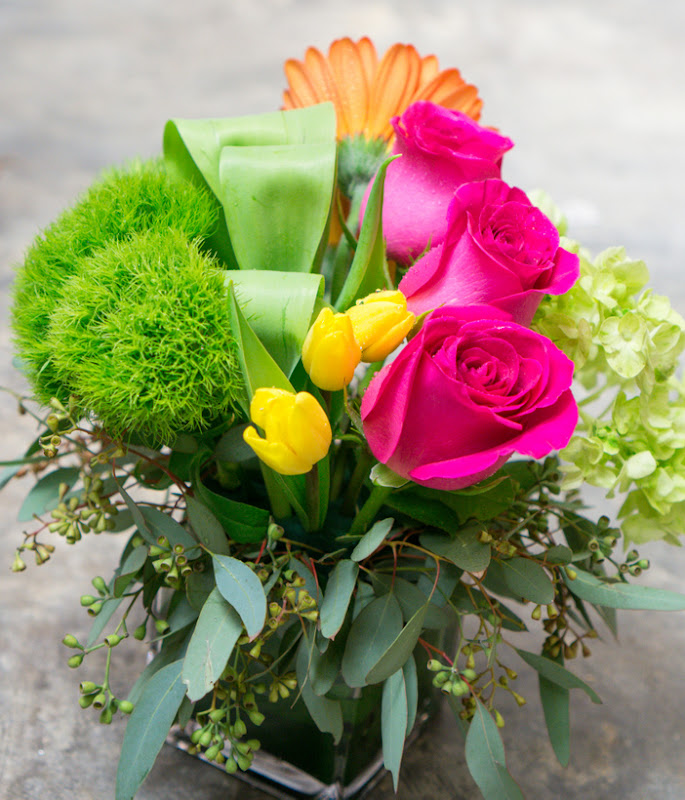 Flower arranging, by the way, is much harder than it looks. While I’m pretty happy with my final result, my steps along the way were far from pretty. I managed to take this back with me on the plane. It wasn’t an easy feat, but I somehow managed and I later used it for my Spring party.

After learning how to properly arrange flowers, we finally arrived at the Southern Living campus. Look at the gorgeous long entryway. 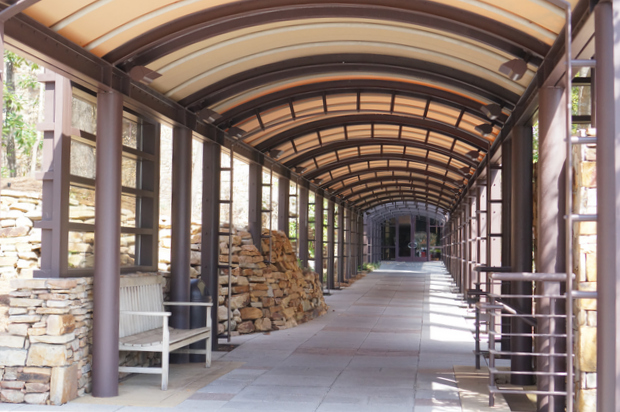 We were given a tour of the beautiful campus, and I was completely in awe of the architecture. 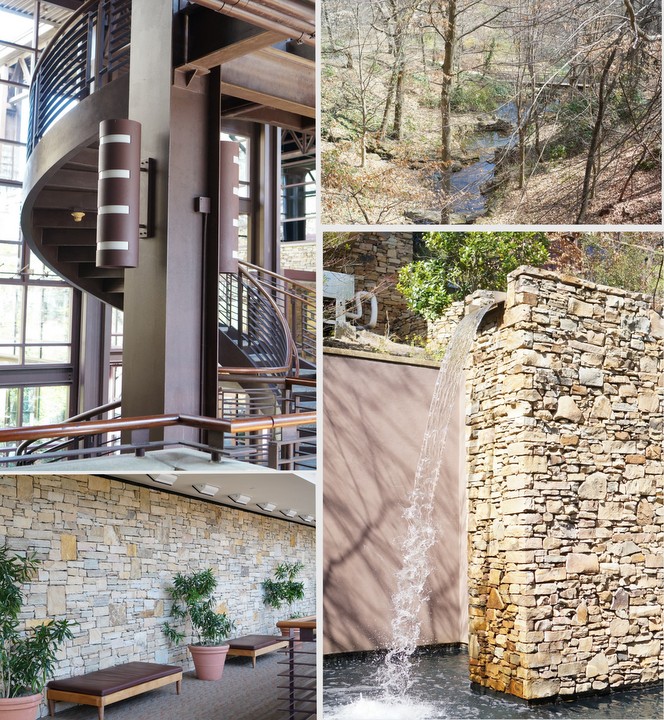 Then we were let into the test kitchen where we got to sample some future recipes that will be in upcoming issues. We also got to meet Pam Lolley, recipe developer and the one in charge of all the desserts, and we once again met Robby. It’s hard to tell from my photos, but the kitchens are actually quite homey looking, which I was quite surprised about. 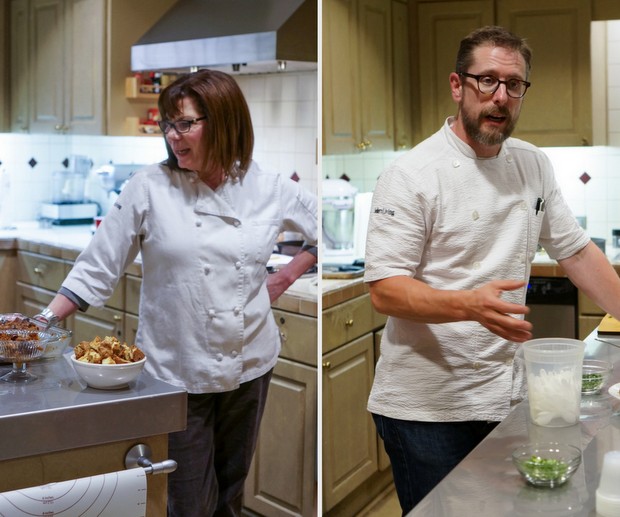 Lunch was a lot of fun, and I’m definitely keeping my eye out for the chicken chili and mushroom strogonaff recipes, both of which are supposed to only take 20 minutes to make. 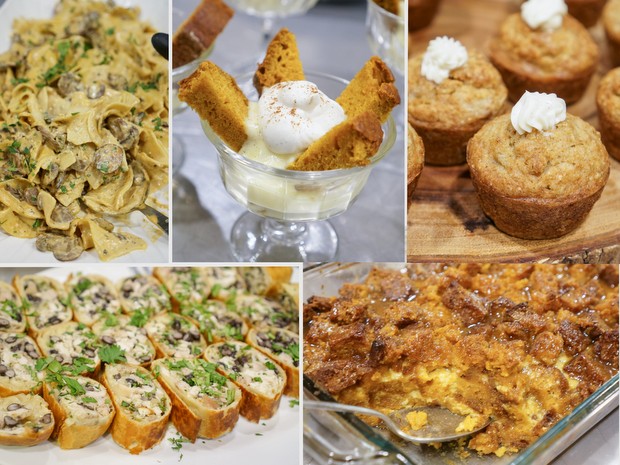 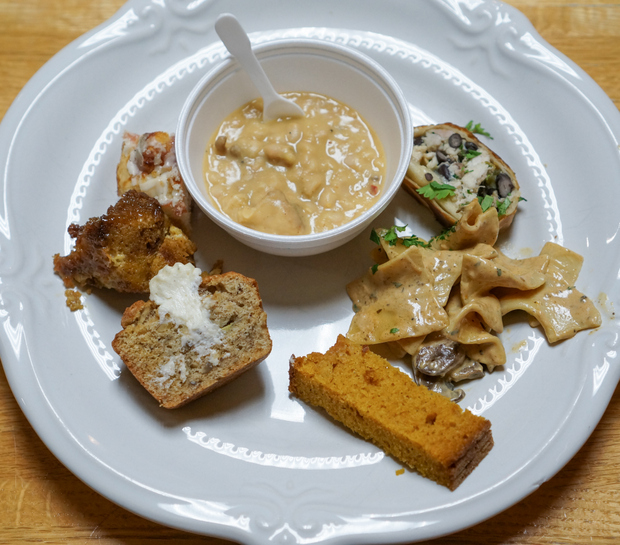 After lunch, we got to visit the prop room, which was probably the thing we were most anticipating. This was a food photographer’s dream. They seemed to have every prop imaginable. 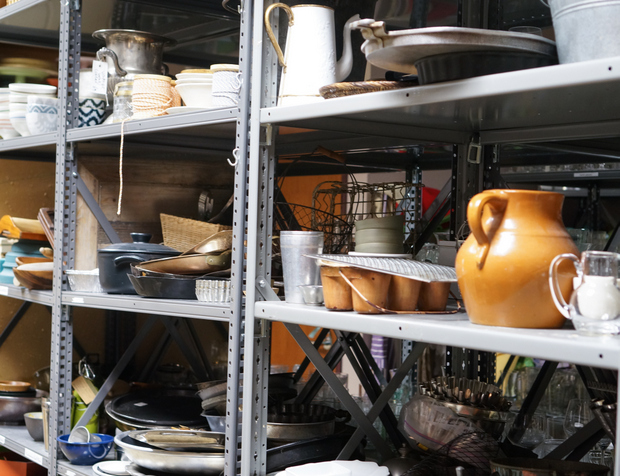 I was especially impressed with the rows of dishes arranged by color. 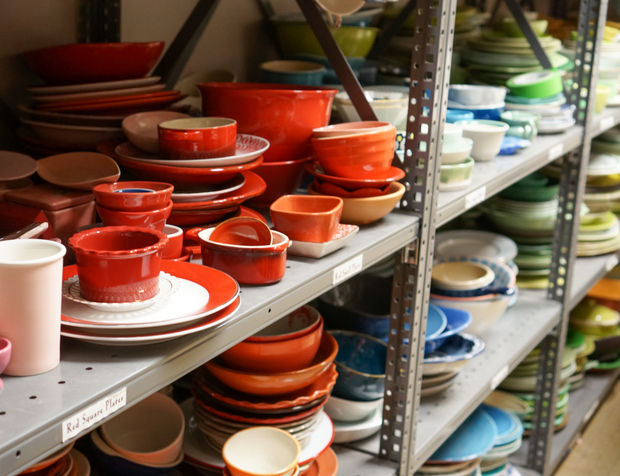 And who would have thought that there are so many different shades of yellow linens? 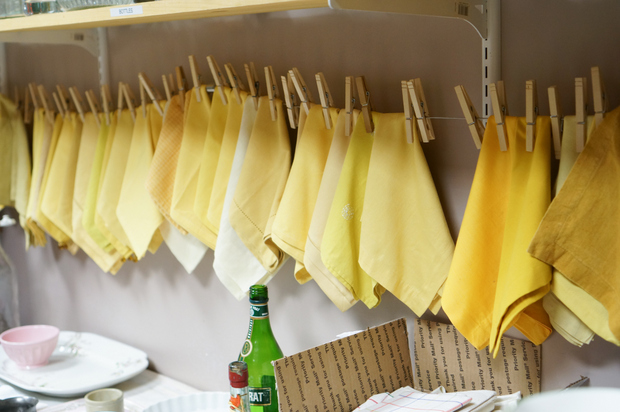 Finally, we got a peak at one of the kitchen studios used for shooting video recipes. You can see the Delta Touch2O® Faucet in the back. After that, it was off to the airport! 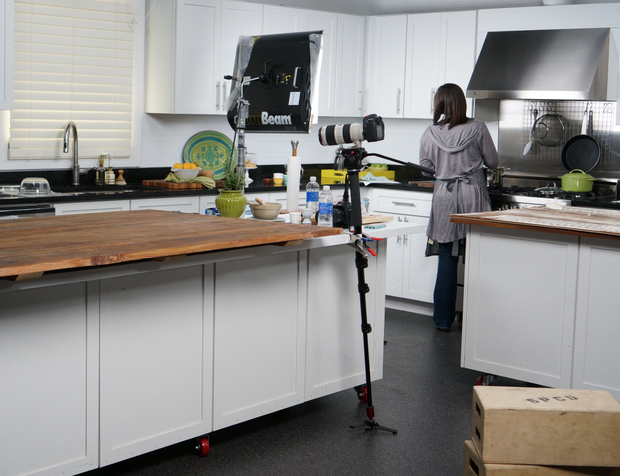 I had a wonderful time getting a chance to visit Southern Living’s headquarters and I was lucky enough to experience it with a wonderful group of bloggers: Britni from Play Party Pin, Kelley from Miss Information, Carrie from The Frugal Foodie Mama, Kit from The Kittchen, Emily from Jelly Toast, Jessica from Swanky Recipes, and Tiffany from Living Sweet Moments. Definitely check out their blogs!

Special Thanks to Delta Faucet for sponsoring this wonderful event. Please note, while this event was sponsored by Delta Faucet, all opinions are my own.