Whenever I go on a trip, one of the things I’m most anticipating are the snacks and entertainment on the flights and the amenities in the hotels. I end up choosing my travel arrangements based on what is offered.

I fly Southwest Airlines quite often to visit my parents in the Bay Area. It’s quick, very little hassle, and there are no penalties for changing and canceling flights. Usually, Southwest provides a drink and either a bag of peanut or pretzels ( I always opt for the pretzels). On my trip to Ohio, I knew there would be more snacks offered because of the length of the flight and I was really excited to see what was being offered.

There is no direct flight from San Diego to Columbus. On the longer leg of the flight, we were offered the standard peanuts and pretzels as well as the choice of three different Nabisco products. The flight attendants came around with a box displaying all the snacks and we could choose one or two from the batch. Here are the three snacks offered: shortbread crackers, cheese sandwich crackers, and golden Oreos. 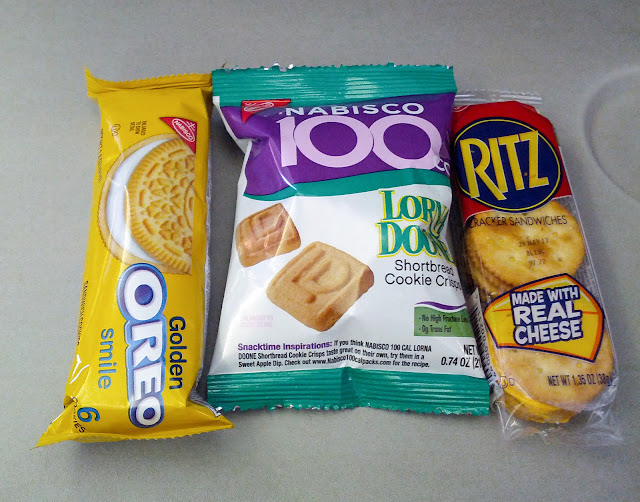 Drinks were also served every hour.

On our flight back, it was the same snacks, though our flight attendant was a lot more generous, telling us to take as many as we wanted, so we both took one of each snack. 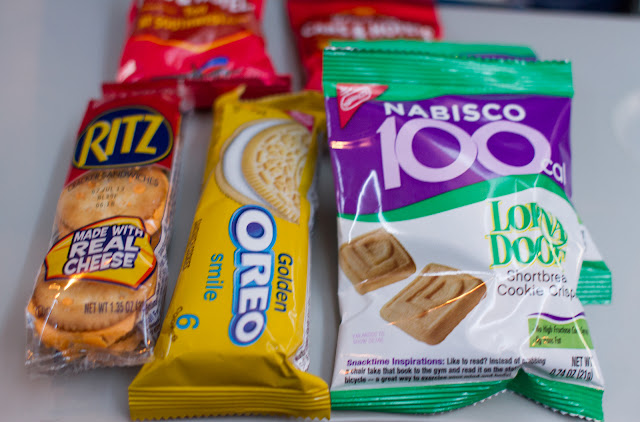 We were also on a newer plane on the flight back, the first time I’ve been on one of these.  There were quite a few changes on the new planes. The seats were nicer. They were all leather rather than cloth and the head space had much more cushion and a bigger indent to place your head on. The cabin had blue mood lighting and the bin space had also been changed; they were rounder and easier to reach and open. 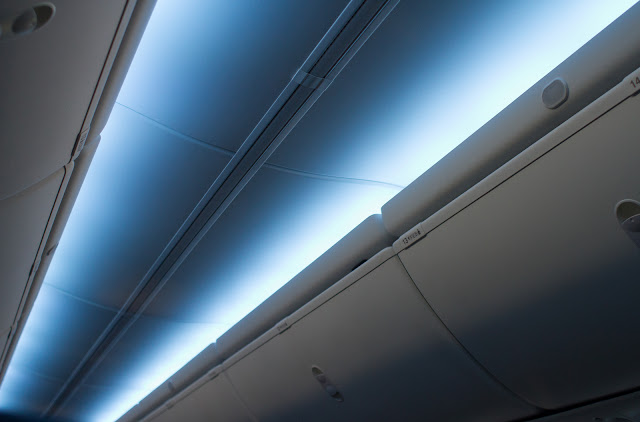 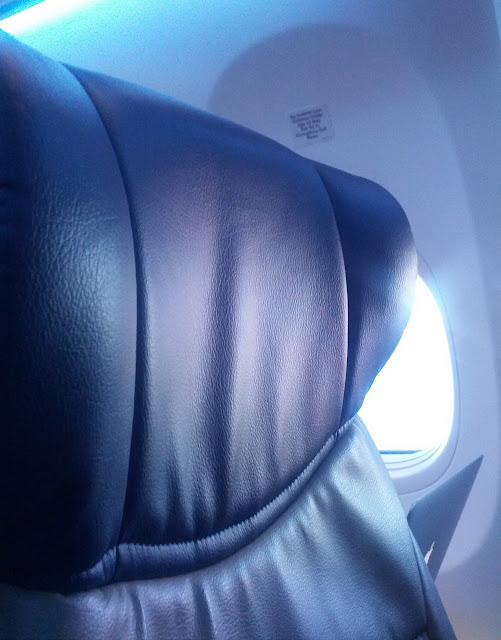 The blue lighting reminded me of the photos I’ve seen of Virgin American Airlines though I haven’t yet flown them. I’ve considered them a few times because they offer flight prices similar to Southwest to the Bay Area, but they don’t offer any complimentary snacks on the plane at all. Nada. So I haven’t yet tried them out.

I documented my flight food from my Taiwan and Europe trips but I just haven’t gotten a chance to posting them. Hopefully, I’ll get to them soon.