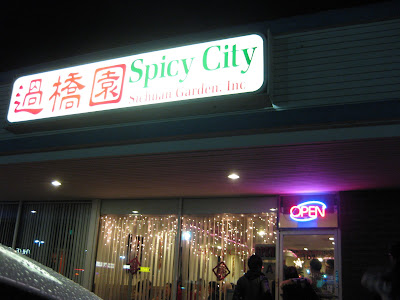 Spicy City is a popular Chinese restaurant specializing in Sichuan and Yunnan cuisine.  It's a small little place, so there is a often a bit of a wait.  Boyfriend and I used to frequent the place, though in the last few years we've barely gone, as we prefer the food at Ba Ren, which offers many of the same dishes.

I would say that Spicy City has gotten better since it changed ownership a few years ago.  And the service has gotten better as well since the previous owners.  While the place is cramped, they somehow seem to get people in and out pretty efficiently.  My wait is usually less than half an hour.  Under the previous ownership, a wait for a big table was often over an hour.

I decided to pay a visit to Spicy City recently because it's been a long time since I've been and because some of my siblings haven't tried it yet.

Like Ba Ren, Spicy City offers an array of cold appetizer dishes.  You can choose a plate of three up at the front counter for $5.50.  We chose a spicy beef, seaweed, and another meat slice dish which I don't know what it's called, except that I know I like it (the one on top). 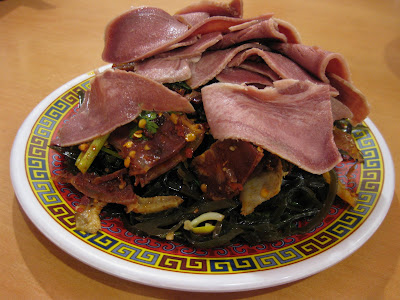 We ordered a spicy boiled fish.  The fish filet was tender, though the spicy sauce wasn't as spicy as some other places. It still had a decent kick of spiciness though. 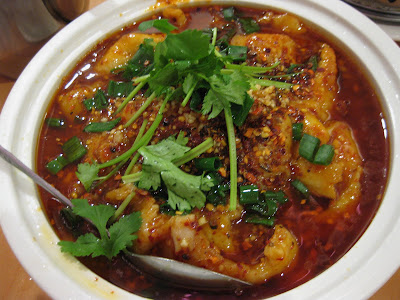 We also ordered a mapo tofu. 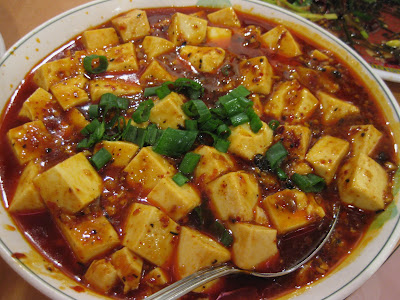 We ordered a crispy rice with three seafood items dish. 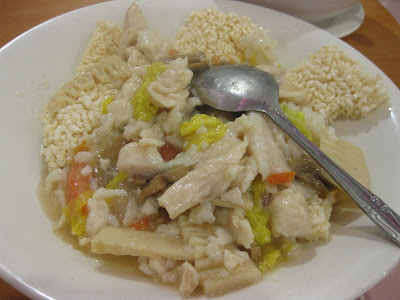 This is usually one of my favorite dishes, but the one at Spicy City isn't nearly as good as Ba Ren.  It doesn't even look as appetizing.  For the crispy rice dish, the rice cakes are fried first.  Then you pour the cooked meat, seafood, vegetables dish on top.  The thick broth from the food creates a sizzling effect when mixed with the fried rice squares.  You end up with some crispy rice, and some rice that is soft and soaked in the broth.  Spicy City's version is in desperate need of some more ingredients, some more colorful vegetables and more soup.  Most of the rice cakes were left without any broth!  To compare, look at the Ba Ren version: 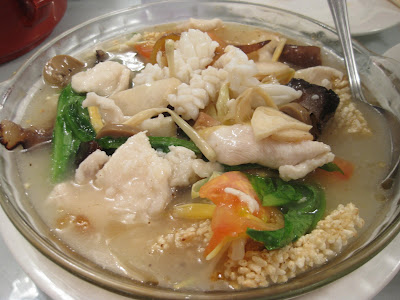 To relieve our taste buds from all the spice, we ordered this non-spicy fish filet with soft tofu.. 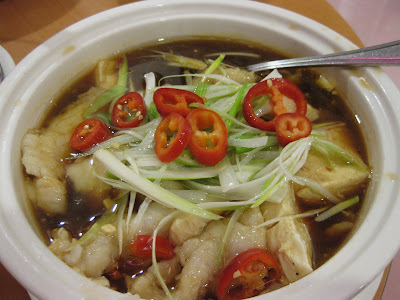 Tender fish filet pieces mixed with silken tofu chunks and onions.  The only spice you'll find in this dish is if you eat the bright red peppers sprinkled on top.  The peppers did not permeate the sauce or the rest of the dish which was a relief to Baby Bro's girlfriend who never really ate spicy food until she started eating with us. The sauce of it was very similar to the one used in classic steamed fish dishes you'll find served at chinese restaurants made up of soy sauce, green onions, and some other ingredients.  This dish was a huge hit with our group, though I'm not sure if it was the dish itself or the fact that it wasn't spicy.

Of course, I had to order a pork intestines dish.  This is pork intestines cooked in dry pot.  The intestines are fried and cooked with different types of hot chili peppers creating a small burning sensation when you eat them.  This used to be one of my favorite dishes here.  For some reason, it seemed a bit too oily the other night. 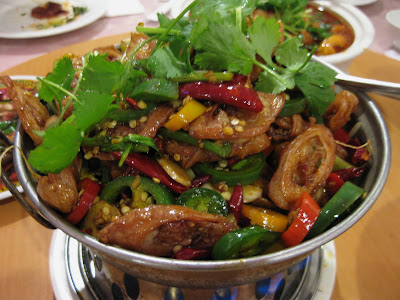 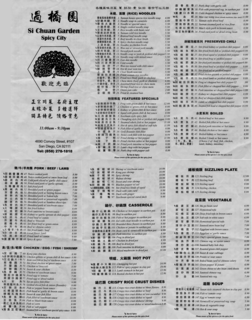