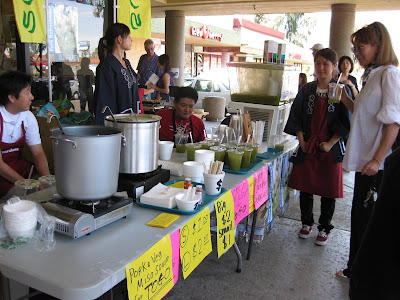 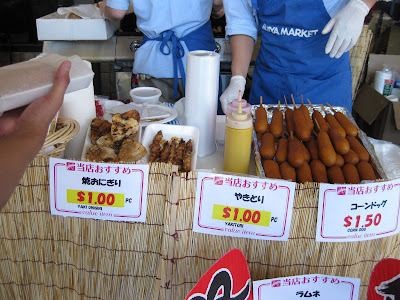 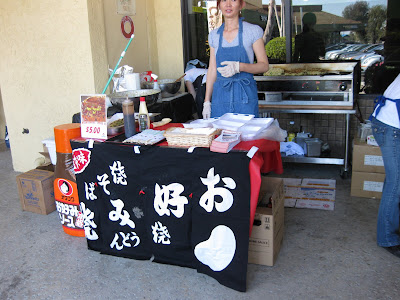 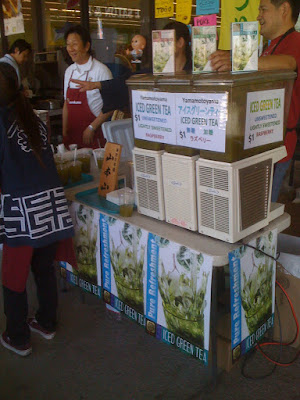 Boyfriend and I came ready for a snack, even with the hot weather.  We tried almost everything!

Since it was hot, the vision of iced green tea looked so refreshing! We had a cup that was slightly sweetened. 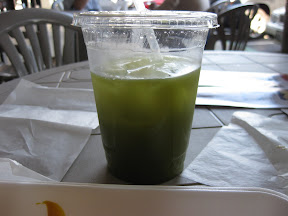 The Nijiya stand was serving corn dogs, yakitori (grilled chicken) and yaki onigiri (grilled rice ball). We had one of each. 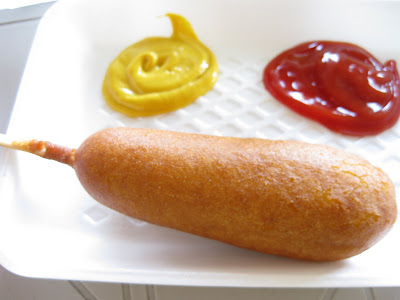 The grilled corn dog was a bit disappointing.  The outside wasn't crispy enough and there was too much batter that didn't have enough of a corn taste.  I don't know what possessed me to want a corn dog.  They just looked so inviting and I hadn't had one in a long time. Ah well. I'll wait for the San Diego Fair in a couple of months. 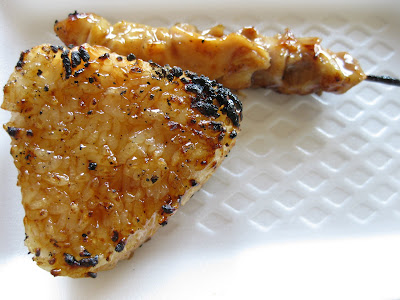 The yakitori was pretty good. Boyfriend loves this stuff, so I let him have most of it.  I loved the onigiri (rice ball).  I'm not sure why, but I love onigiri.   The ones I usually eat are seasoned lightly with some dried seaweed and some other seasonings.  This was my first time have a yaki onigiri.  I enjoyed it.

Of course we had to try the Okonomi Yaki. The ones I've had in the past usually have a lot of meat or seafood.  This one was very heavy on the cabbage, but didn't have much of other stuff.  It seemed to have a bit of a seafood paste? It was very heavy with the sauce.  A little too heavy. Still enjoyable, but not the greatest. 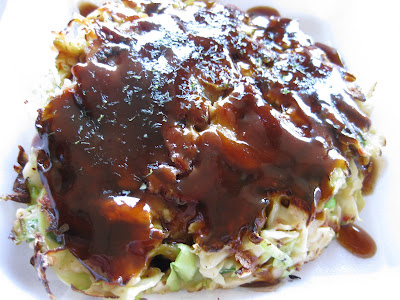 The stand had a brochure showing you how to make your own:

Of course we had to have the Takoyaki.  I've never had these before, but I love tako!  These were so pretty and served piping hot!  We had to wait for them to cool before eating.  I was a bit impatient though, and almost burned my mouth eating my first one.  These were pretty good, though heavy on the batter. I would have like some more tako in mine, but they were tasty. 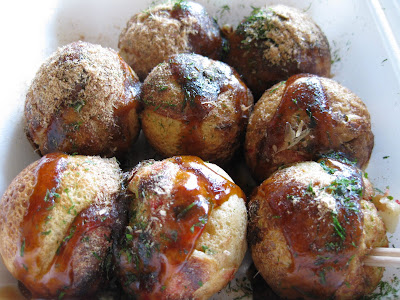 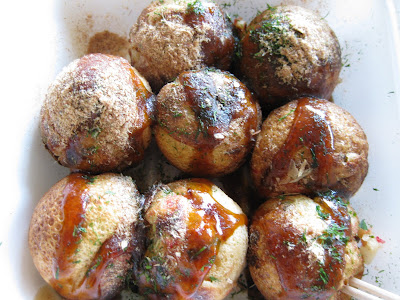 There was a frozen yogurt stand, but we didn't get any.  Also they there were some games for the kids.  It looked like a small pool to try to get goldfish from? 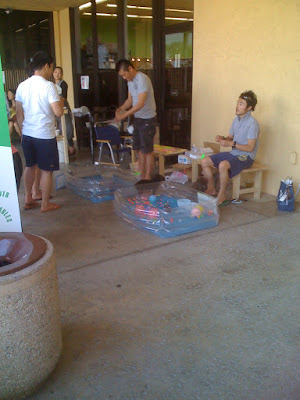 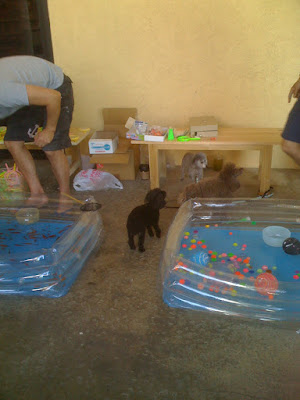 All in all, a fun little experience during our Sunday shopping trip, despite the heat.  We were able to find a small table outside to enjoy our food and the beautiful day.  I hope there will be another festival!