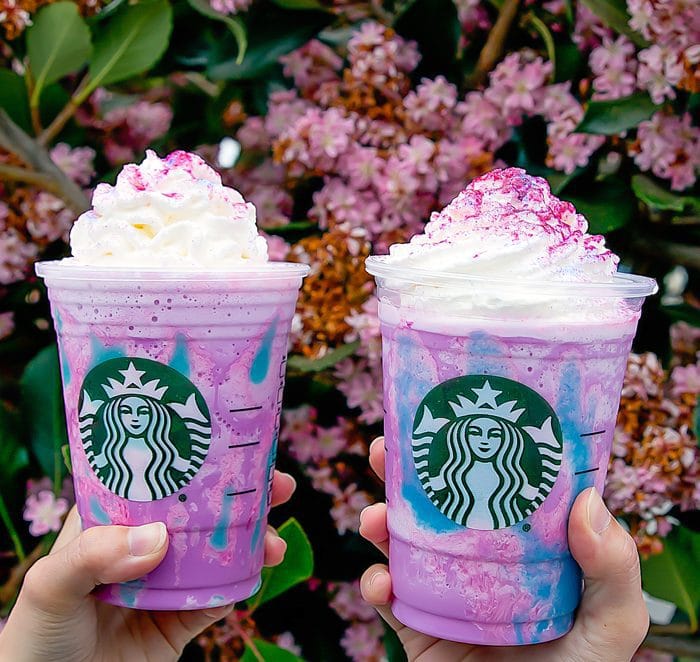 You may have heard about Starbucks’ Unicorn Frappuccino. A colorful drink that is only available for five days (April 19-23) or while supplies last.

Unlike their unofficial rainbow drinks last year or their “secret-menu” drinks, this Unicorn Frappuccino is a real Starbucks drink. I received information about it in my Starbucks Rewards newsletter and when you go into the stores, it’s posted on their specials’ menu board. (Sorry I forgot to take a photo of the sign.)

I really did try to resist getting this drink. It didn’t sound that appetizing from the description. But curiosity got the best of me and having read such a very wide range of descriptions of the taste, I just needed to try it for myself.

Surprisingly, the first Starbucks I went to said they were already out of supplies. I was slightly panicked but we then called two more nearby and they still had plenty left.

Here is the description from the Starbucks website: “Magical flavors start off sweet and fruity transforming to pleasantly sour. Swirl it to reveal a color-changing spectacle of purple and pink. It’s finished with whipped cream-sprinkled pink and blue fairy powders.”

Before trying it, I was reading the opinions of everyone I knew/follow on social media that had tried it. There was quite a range of reactions from people who loved it to people who thought it tasted like sour milk.

So what do I think? 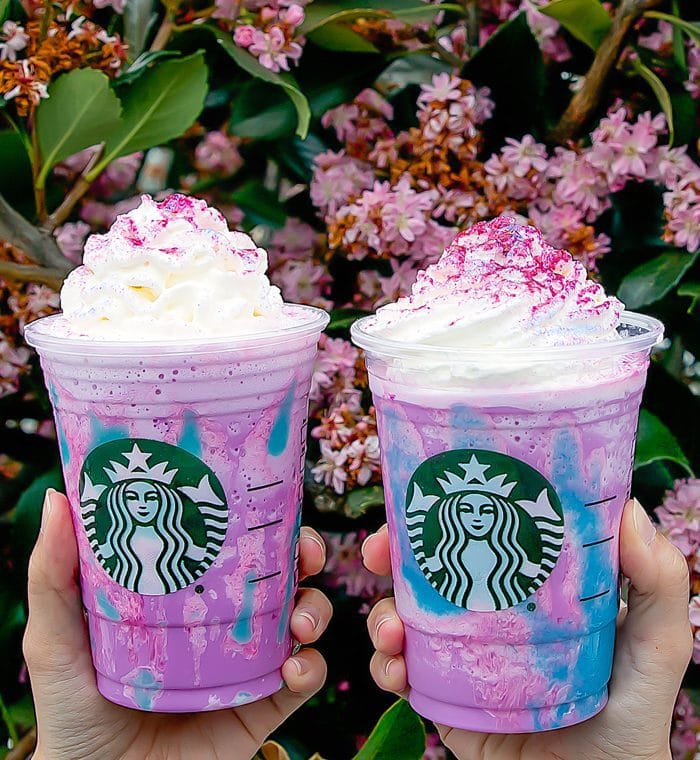 I was prepared for the worst, so I was pleasantly surprised with my first sip. The actual drink was sweet, with a hint of the mango syrup and a hint of sour. The sour was subtle and made it taste like a yogurt drink, like the little Yakult ones I grew up with.

I tasted the powder on top of the whipped cream separately. The powder was pucker-face sour. But if you enjoy sour candies like Sour skittles or Sour Patch kids, which I do, it tastes very similar to the sour powder used on those candies.

I decided not to mix the powder into my drink as I knew I wouldn’t enjoy it as much and chose to eat the whipped cream and drink my drink separately.

So I actually quite enjoyed mine, though it’s not something I would regularly order, but I thought it was fun to try once.

However, the drink does seem to taste different depending on the barista making it. Mr. K ordered his at the same time as me, but he had another barista making his. His was not nearly as sweet and there appeared to be sour syrup at the bottom of the drink as well, so that the sour flavor was much more incorporated into the drink. I didn’t really care for his drink as it tasted more like milk that had been soaked in sour skittles, but he really liked it. Though he did think mine was better balanced.

My brother also tried the drink at his local Starbucks (coincidentally at the same time we were getting ours), so we were comparing notes. He thought it was good but way too sweet (something I did read in quite a few comments), but I didn’t have that issue with mine.

So there you go. Three drinks, three different experiences.

Overall, if you are interested, I think it’s worth trying just to see for yourself. Prices seem to vary depending on where you live, but it was $4.95 for a grande at my local Starbucks.