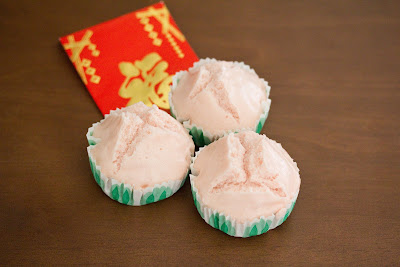 Fa Gao, often referred to as Prosperity Cake, Lucky Cake or Fortune Cake, is often made and eaten during Chinese New Year to bring prosperity in the new year.

The cake is steamed and when properly made, the top should split open into a “smile,” though it’s not a real smile since it is supposed to split into four sections. Gao means cake in chinese. Fa means leavened, so the name describes the cake. However, fa also means prosperity, hence the name prosperity cake and the reason why it is eaten during Chinese New Year to bring luck. 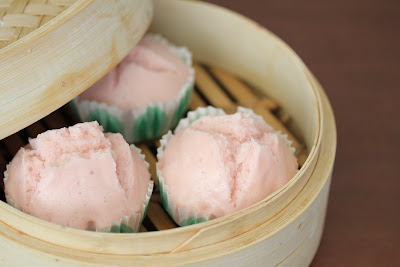 Despite the fact that fa gao looks spongy and soft, it’s actually quite dense and has an almost gummy-like texture. The cake is made mainly of rice flour which accounts for the texture. I’ve seen two different ways of making fa gao. The more traditional method takes a lot more prep work and uses yeast and as a result, I’ve never attempted to make them. 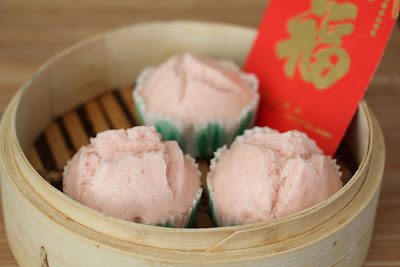 This year, I found another recipe that does not require all the prep work. Since this recipe was so easy, I thought I’d try it out. After all, I could use a little luck.

The ones I’ve seen before have always been brown, but when I was searching through recipes, I saw people make them in several different colors. I really liked the pink ones, so I added a few drops of food coloring to make some pink ones. I picked up these petal-like cupcake holders a while back and have been trying to find an occasion to use them. With the split up tops, the cakes look like roses and I think the petal cupcake holders work perfectly with that image, especially when you view them from the side.

I also made a couple of purple ones, but I didn’t like the end color. They were really pale. I used blue and red food coloring to try to achieve the purple and I obviously didn’t have the ratios down right. 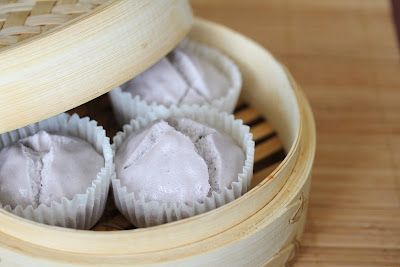 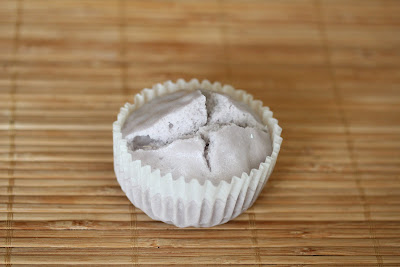 My first batch didn’t split up and rise as much as I would have liked. On my second batch, they came out perfectly. My third batch, the pot I was steaming with ran out of water while I had BF watching the pot and the pot burned along with the cakes…I hope that’s not a bad omen.

While these cakes come out quite pretty I didn’t particularly like the taste. After eating one I remember now why I don’t normally get these cakes. I don’t really like the dense texture created by the rice flour. I don’t think it is a result of the recipe, it is just the nature of these cakes.

Did you make this recipe?I'd love to see it! Mention @KirbieCravings and tag #kirbiecravings!
Posted in: Asian dishes, Cakes, Cupcakes & Muffins, Recipes
6 Comments // Leave a Comment »