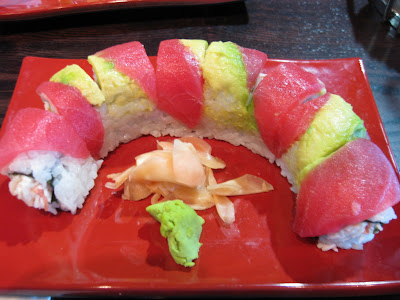 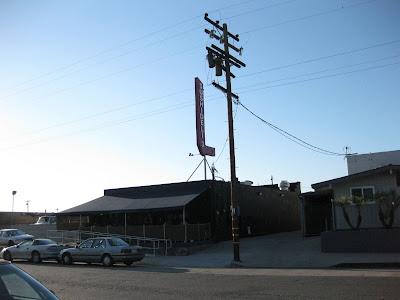 I was introduced to Sushi Deli 2, SD3's sister location downtown during college.  Super cheap rolls and drink specials= big fan.  And while my college days are over, I still enjoy going to Sushi Deli every once in a while.  The rolls are just so cheap compared to other japanese-american fusion places.  And while the sashimi may not be high quality, its relatively fresh and edible, and the rolls are pretty tasty.

Unfortunately, Sushi Deli 2 is always packed and you can't make reservations and they won't seat you until your whole party is there.  And because it's downtown there's no parking.  Due to the popularity and small space, it's almost impossible to arrive at a time when there is no wait.  Not too long ago, I even tried going right when they opened for dinner on Saturday, to find out there was already about 20 people lined up waiting for them to open for dinner!

There is also a Sushi Deli 1 in the Hillcrest area.  But the menu is a bit different.  The place is also crowded.  But the one time I went there, the food tasted weird to me.

Thanks to a post by mmm-yoso, I was alerted that a new Sushi Deli 3 would be opening soon.  The last time I was at Sushi Deli 2 picking up a super cheap lunch special, I saw the information about Sushi Deli 3 opening.

Little Brother has been bugging me about wanting to eat sushi lately.  So off we went to try Sushi Deli 3.  The street it is on is almost deserted.  A weird place to put Sushi Deli 3.  When I first entered the restaurant, I was surprised about how empty it was.  Granted, it's not a great spot, but I thought enough word of mouth from Sushi Deli fans would make this place as packed as its other two locations.

We arrived for dinner around 6, and there was plenty of seating available both inside and outside.  Even when we left, there were quite a few empty tables.  Sushi Deli 3 also has a alcohol bar, which takes up a lot of space and really seems unnecessary because there aren't many seats at the bar…Also, there is plenty of street parking since it is not a busy street. 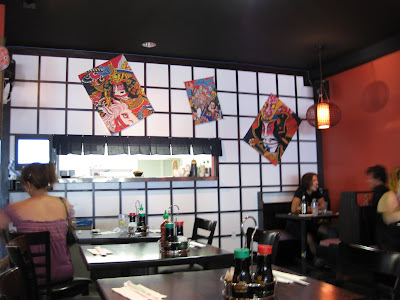 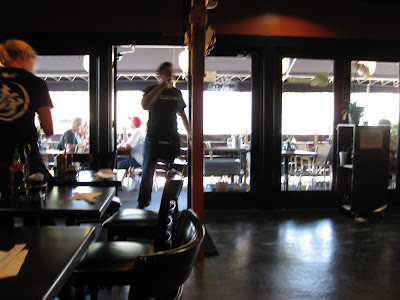 The menu is the exact same menu as Sushi Deli 2, which I was happy about.  The menu is extensive, with lots of different roll combinations, though many of them are similar.  The one problem I've had at eating at Sushi Deli is that if you order too many rolls, they all start tasting the same after a while.  I forgot to take pictures of the extensive menu.  Oh well.  Next time!

It's been a while since we've been to Sushi Deli and we were hungry, so Boyfriend, Little Brother and I ended up ordering a lot. 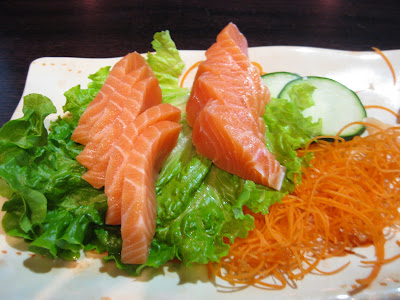 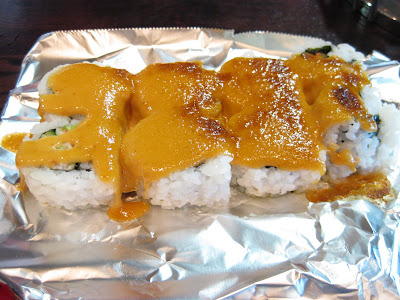 It's a California roll baked in hot spicy mayo sauce.  The used to top it with bonita flakes which looked really cool because the bonita flakes would be dancing when it served to you.  They don't seem to do that anymore.  Also they don't seem to bake it enough anymore either.  The last two times I have ordered this, I have been disappointed. 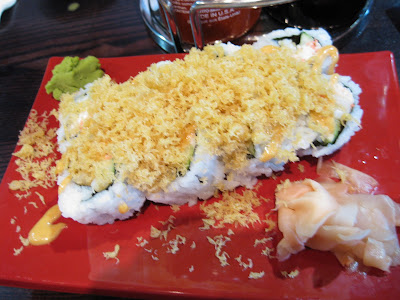 One of my favorites.  I love calamari, I love the spicy sauce, and I love the crunchy bits! 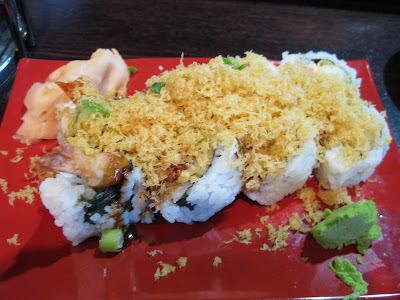 Another one of my favorites.  This one has shrimp tempura inside.  It's drizzled with a sweet sauce, and topped with yummy crunchies.

I forgot the name of this roll: 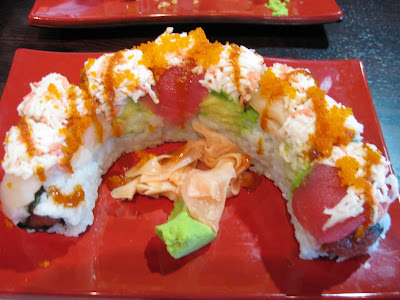 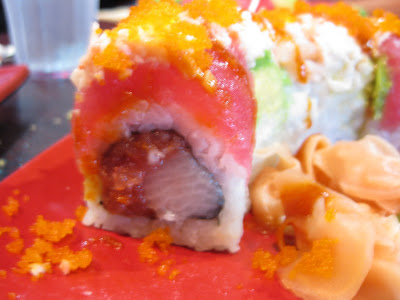 Topped with roe eggs, imitation crab legs and assorted sashimi.  Don't remember what was inside.  Looks like roe eggs and some sort of whi
te fish?

A rainbow roll with tuna only:

A Valentine roll.  Tuna on top, shrimp tempura inside. 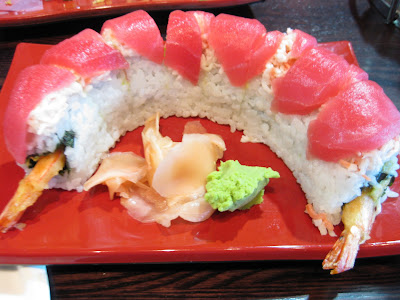 I believe this was the Kaley roll: 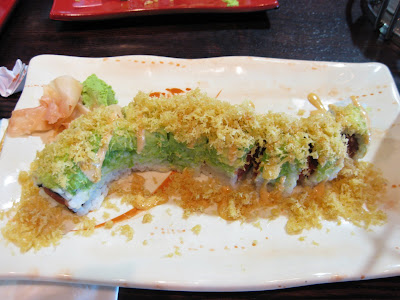 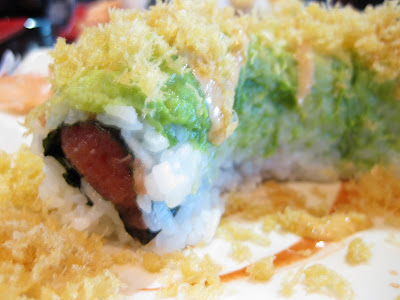 Spicy tuna inside.  Outside is avocado and crunchies and spicy mayo sauce.

Best seller combo. Allowing us to try 4 pieces of 4 different rolls we had been interested in trying out. 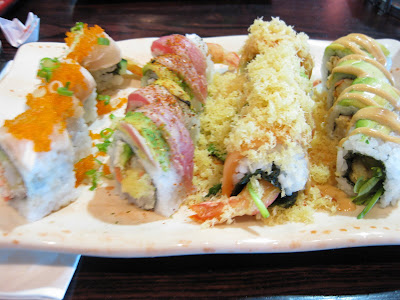 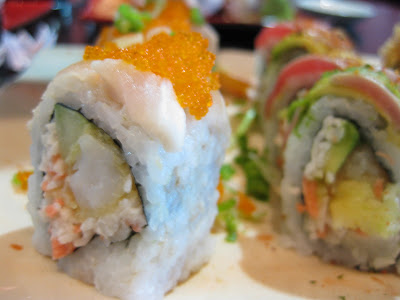 I don't remember all of them, but one was a 7 spices seared tuna roll (second from left), navavava roll, azusa, and i forgot the other one.

The service was great and attentive.  Our bill came out to be about $60. Very cheap considering all that we ordered.  We'll probably be back soon.