Sweet & Sour Chicken and a Giveaway 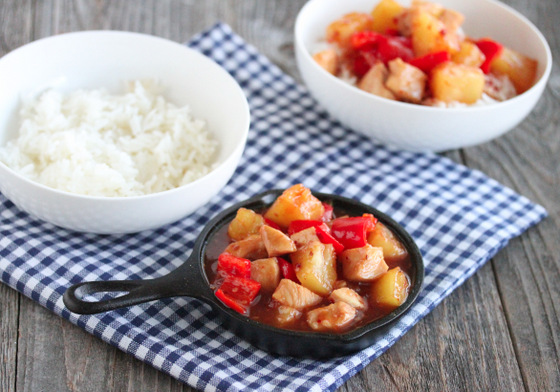 This is the final post of my series with Kraft Recipe Makers. In addition to the $100 giveaway for my blog readers, Kraft and Blogher are hosting another $1,000 Visa gift card giveaway, where one winner will be chosen across all the blogs that were part of this series. More details about how to enter are provided at the end of this post.

As I discussed in my previous posts, Kraft Recipe Makers is a new product from Kraft which uses the technique of layering pre-made sauces to help prepare delicious and healthy dishes and significantly cut down on preparation time. There are nine featured dishes in the product line which use a variety of cooking methods: skillet, slow cooker, and the oven. In addition to the nine featured dishes, there are alternate recipe suggestions provided on the boxes and on Kraft’s website. 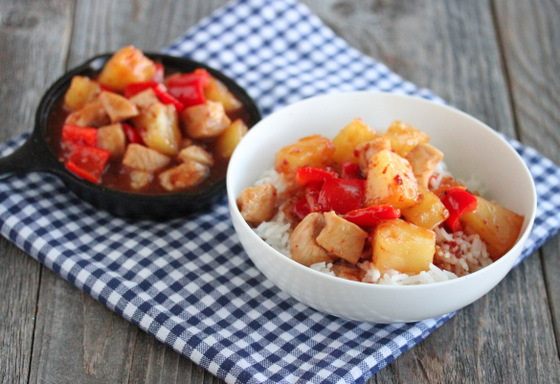 So far I’ve successfully made Chicken Bruschetta Pasta and Three Cheese Chicken Florentine. For my final recipe, I chose to make Sweet & Sour chicken, which is one of Mr. K’s favorite dishes. This was actually the easiest of all the ones I tried and also our favorite. 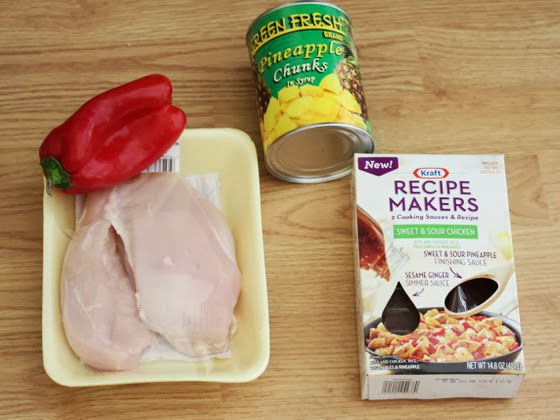 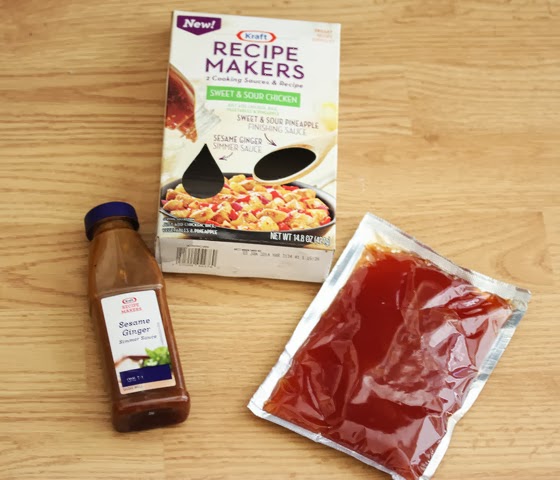 In addition to the sauces, you’ll need some fresh chicken breast, bell pepper, onion (we opted to leave this out), and canned pineapple chunks.

If you plan on eating this with rice, make sure to cook your rice while making the dish. They should finish up at about the same time.

Chop up your chicken and your vegetables. 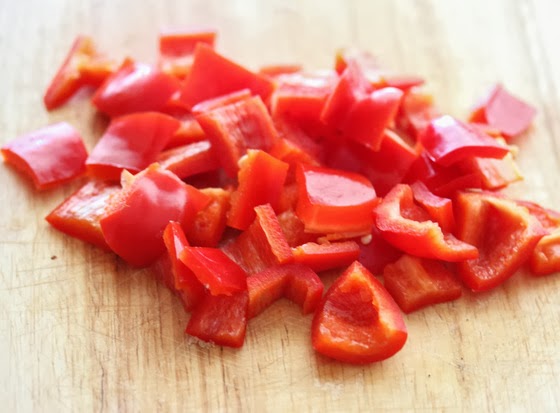 Cook the chicken in half of the simmer sauce. Then add in your vegetables and remaining simmer sauce and cook until peppers are cooked but still crisp. (I accidentally added my pineapple into the simmer sauce, but it still worked out.) 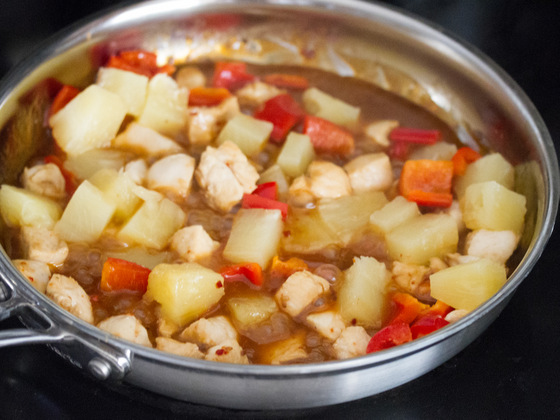 Add in the pineapple chunks and then stir in the finishing sauce and you’re ready to go! 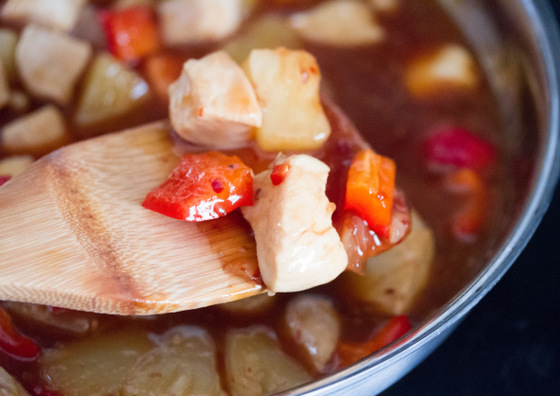 To make it even healthier, you can cook brown rice instead of white rice. We’ll definitely be making this one again. 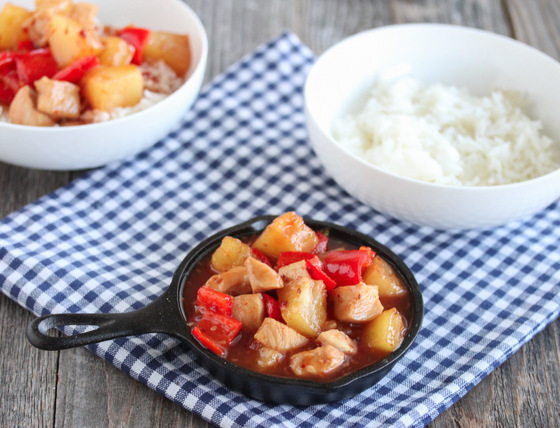 To enter for a chance to win the $1,000 Visa gift card that I mentioned earlier in this post, simply leave a comment answering the question: What dish would you create with these sauces? Share your recipe ideas using Kraft Recipe Makers’ two sauces.

You may receive (2) total entries by selecting from the following entry methods:

b) Pin an image on Pinterest that either (i) is your favorite two-sauce dish or (ii) is from one of the Promotion’s participating blog posts, including exactly the following unique term in the Description field: “#SweepstakesEntry”; and leave the URL to that pin in a comment on this post

d) Blog about this promotion, including a disclosure that you are receiving a sweepstakes entry in exchange for writing the blog post, and leave the URL to that post in a comment on this post

e) For those with no Twitter or blog, read the official rules to learn about an alternate form of entry.

This giveaway is open to US Residents age 18 or older.

The Official Rules are available here.

91 comments on “Sweet & Sour Chicken and a Giveaway”