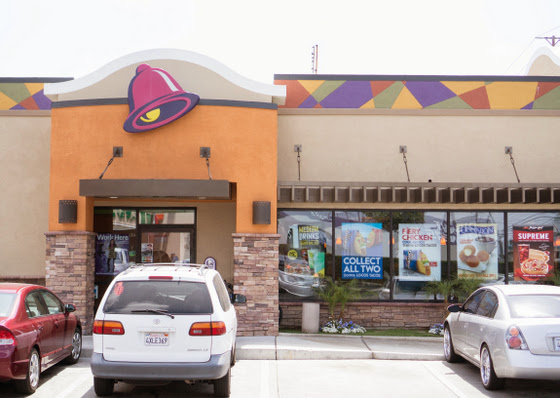 Taco Bell recently began testing two new menu items that have been getting a lot of buzz: a waffle taco and fiery chicken Doritos locos tacos.

The waffle taco has been particularly hard to find and the closest location I knew of where it was spotted at was in Santa Ana (as reported by Foodbeast). 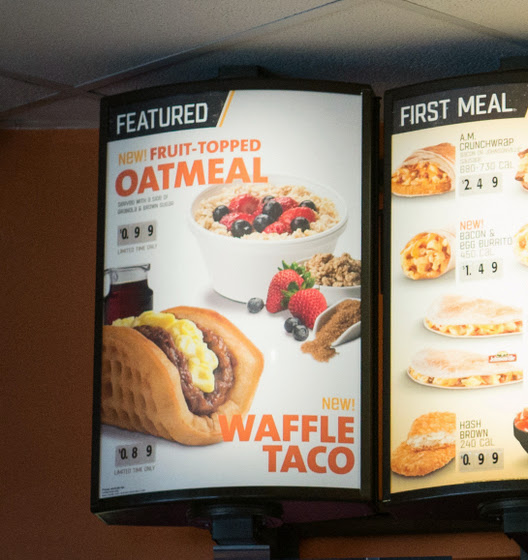 We had a graduation party to attend and so we decided to swing by on our drive up. 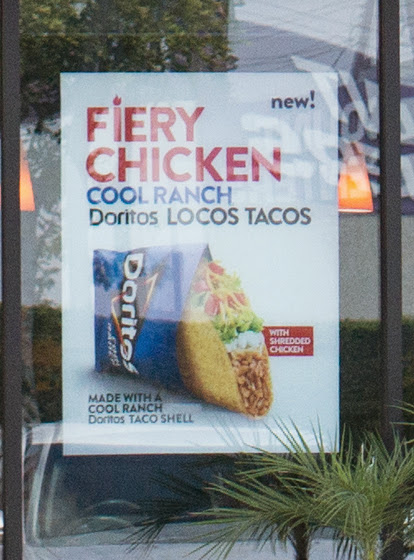 When I got there, I was delighted to see that this Taco Bell location was also offering the fiery chicken Doritos tacos as well as quite a few other items I’ve never seen at my local Taco Bell. It definitely seems to be a Taco Bell designated for testing new items.

We also noticed that it had an interactive soda machine. 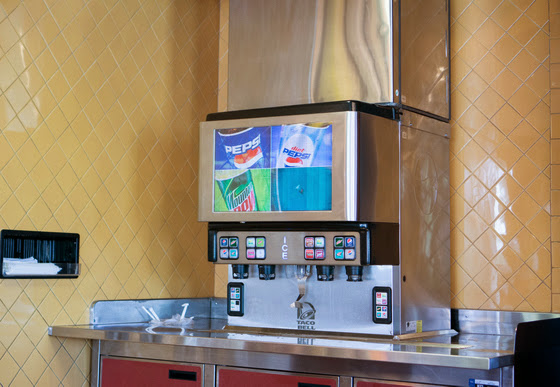 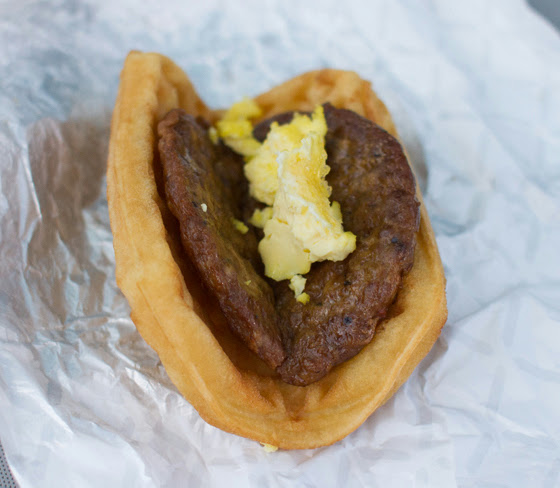 I went in without high expectations, having already read reviews from fellow SD bloggers Erin and Darlene. 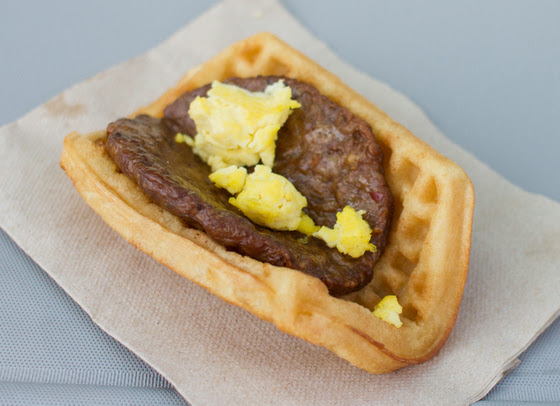 The egg looked quite sad. Dry, overcooked, and just a few sparse tiny chunks, as opposed to the fuller egg portions pictured in the advertisement. The sausage patty reminded me of the ones served at McDonald’s. Eaten together, it was similar to eating a McGriddle, except with a waffle instead of a pancake.

The best part of the sandwich was the waffle, though it quickly lost its crispness. Since it’s a new item, it was only priced at $.89.

I wasn’t impressed with the taco waffle and it’s definitely not worth a special trip to try it. 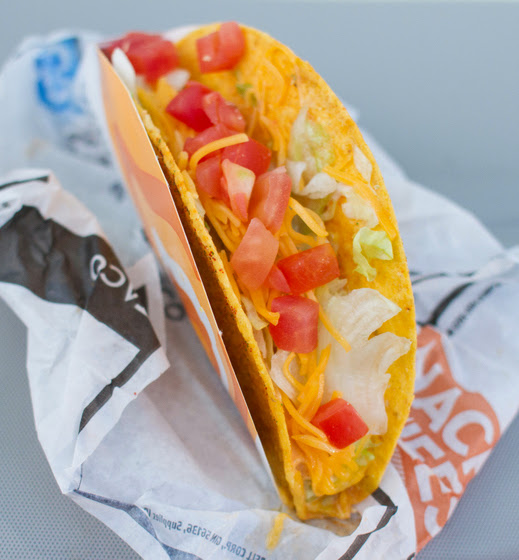 I’ve been addicted to the Doritos locos tacos and have eaten more than I care to admit. I especially enjoy the Ranch flavored ones because Cool Ranch is my favorite Doritos flavor. I love Doritos and I like Taco Bell’s crunchy tacos, so I was completely on board when Taco Bell launched their Doritos Locos Tacos. 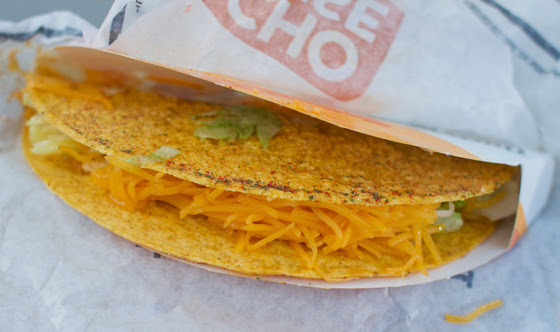 I was really intrigued by a chicken version since I’m so used to Taco Bell’s tacos only containing ground beef. The description also sounded promising because the shredded chicken is mixed with chipotle sauce. 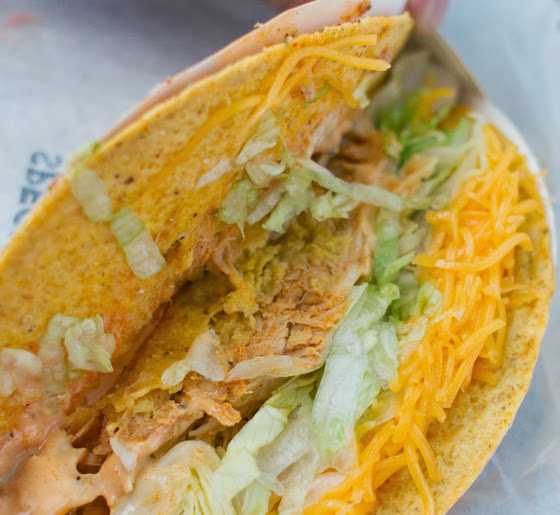 I normally like chipotle sauce but didn’t really like Taco Bell version mixed with the chicken. It had a creamy flavor to it that I didn’t care for. You can see the light cream orange color which tasted like it had either mayonnaise or sour cream. I actually prefer the ground beef filling better but for those spicy food lovers, this is worth a try, especially because they are currently offering it for only $.89 since it is a test item. The other Doritos tacos are priced at $1.39 and $1.69 (supreme). 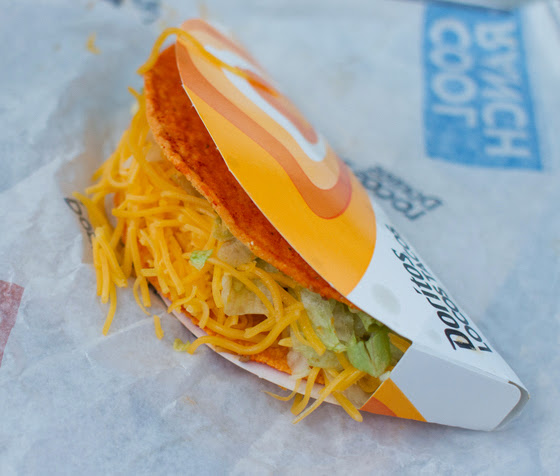 Normally I prefer the Cool Ranch ones but since we already got Cool Ranch for the chicken, we got Nacho cheese for our regular Doritos tacos. I previously found the Nachos cheese shells too salty when these first were introduced, but I didn’t feel the same way on this occasion and found these to be just fine. 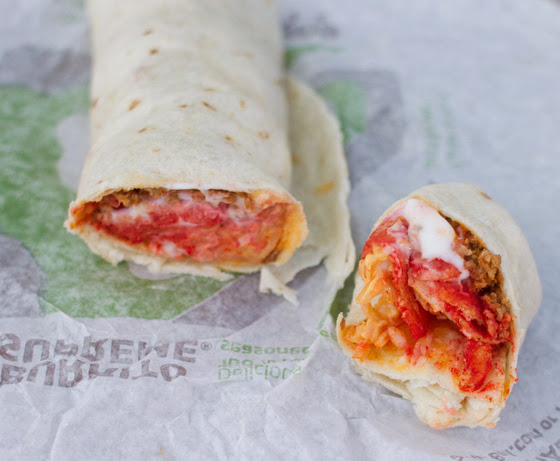 I had also read that Taco Bell was bringing back their popular crunchy beef burrito for a limited time. The beef burrito is stuffed with spicy Frito corn chips. I’d never actually had it before, so we decided to try it this time around.

I’ve never been a fan of the beef burrito to begin with, finding it to heavy on the beans. This is basically the same burrito but with all the addition of Frito. I like the addition of fritos except they got soggy very fast, and soggy corn chips are not appetizing at all.

We also indulged in some hash browns and churros.

The hash brown was a pretty decent size, slightly bigger than the ones sold at McDonald’s. 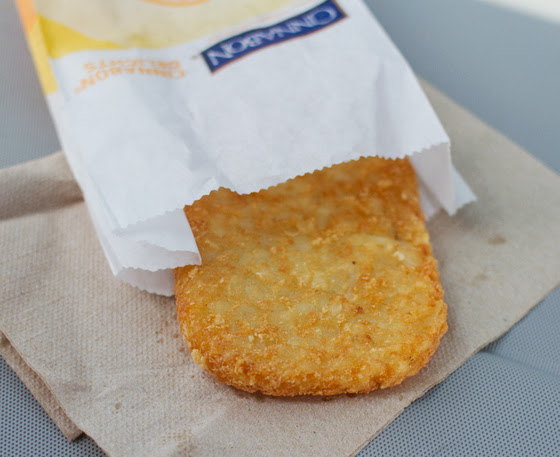 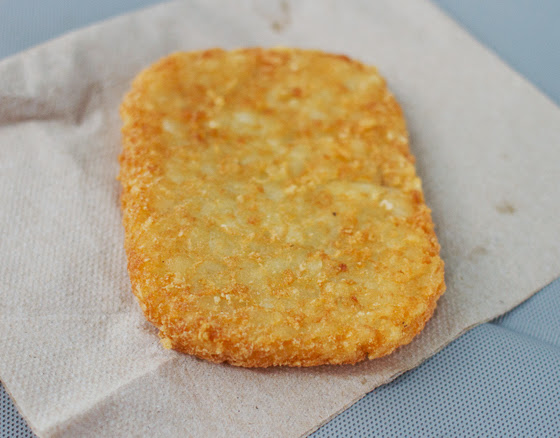 The churro batter didn’t taste quite like a traditional churro. The inside was yellow which I’m not used to seeing. It almost seemed like a pumpkin version. 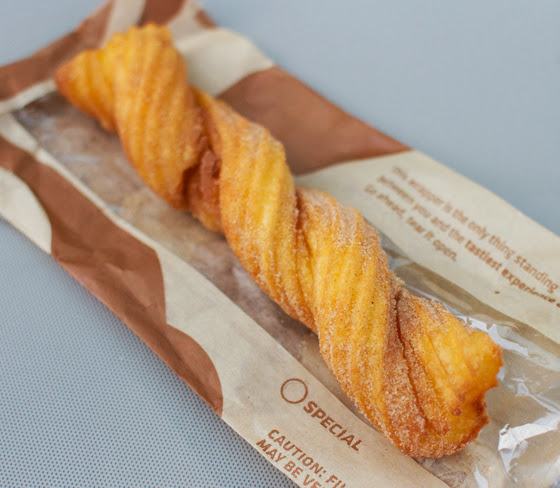 Overall, we had a mixed visit. The Doritos Locos Tacos were still solid and if you like spicy chicken you may want to give the Fiery chicken Doritos tacos a try. I’d pass on the waffle taco though.