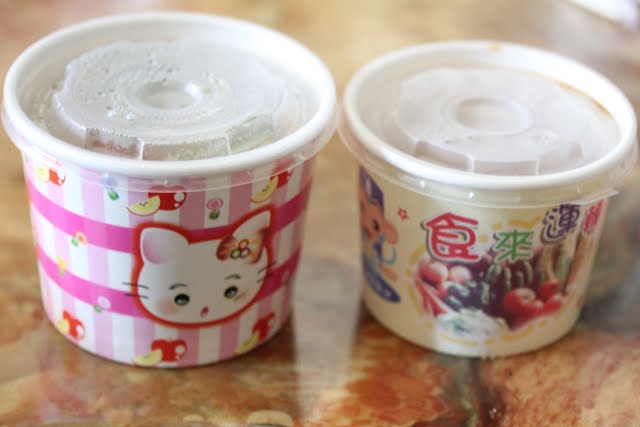 One of the best things about visiting Taiwan is eating the street food. Taiwan is full of street vendors selling all kind of eats that are simple and cheat, yet appear impossible to replicate in taste outside of Taiwan.

While most of the stores in Taipei don’t open until nearly 11 in the morning, the food vendors are open much earlier in order to feed people heading off to school and work.

The first morning we were in Taipei, I was wide awake at 5 am due to jetlag. After tossing and turning for a while, I finally gave up. Luckily, my mom got up soon after, and off we went to explore the breakfast options.

We got a lot of the classic dishes. 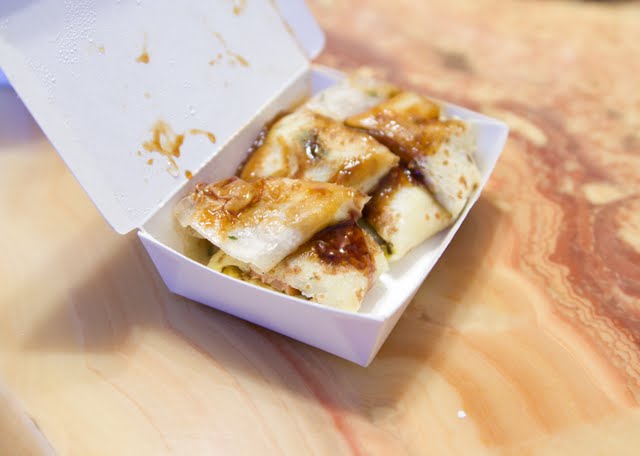 Rice roll. Similar to a giant burrito, except the wrapper is a sticky glutinous rice. Usually you’ll see this with white rice. Some place offer a purple rice option. A few years ago, we found this vendor near where we stayed. They offered some of the best rice rolls we’ve ever tasted. And they offer the purple rice for the same price as the white rice one, which is a great deal since purple rice usually costs more. To our delight, the same vendor was still there in the same place. 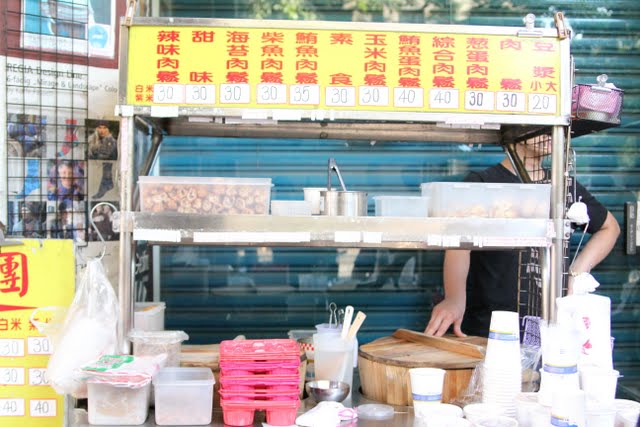 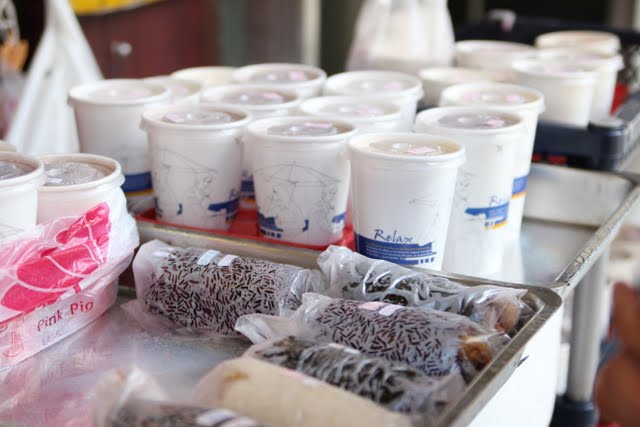 The rice rolls here are huge (and slightly over $1 each). Rice rolls are typically filled with the chinese fried cruller (another common Taiwanese breakfast item), shredded dried pork sung, and pickled radish. It’s a great combination. The sticky rice keeps the burrito/roll together. The fried cruller adds a crunchy texture. The pork sung adds a savory protein element. And the pickled radish adds some spice. 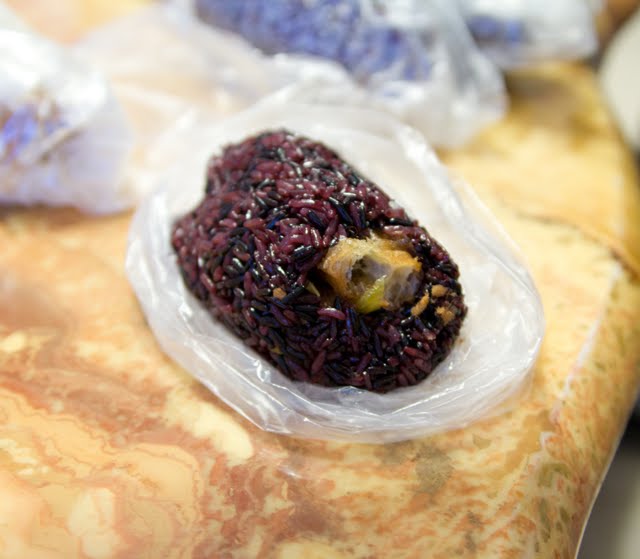 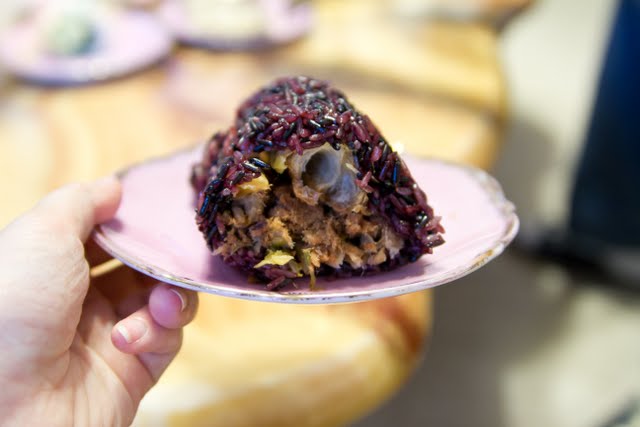 I’ve had a lot of bad versions of this. They sell it here in San Diego, but often the rice isn’t sticky, or the fried cruller is stale, etc.

The vendor also sells soy milk and some other rice milks. The owner was really nice and would give us complimentary soy drinks with our purchase. 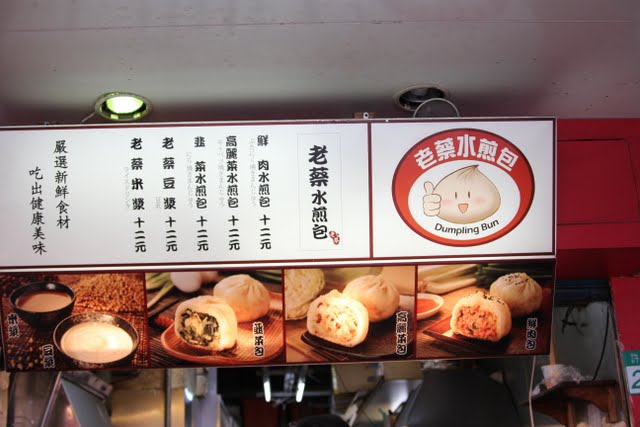 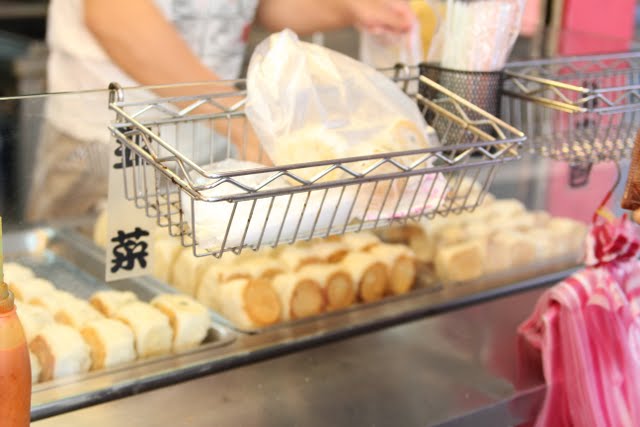 Pan fried dumplings. The vendor we got this from wasn’t that good  in my opinion, though the store front had cute signs. The bottoms of the dumplings weren’t that crunchy. The buns are soft and fluffy and there are various inside fillings. 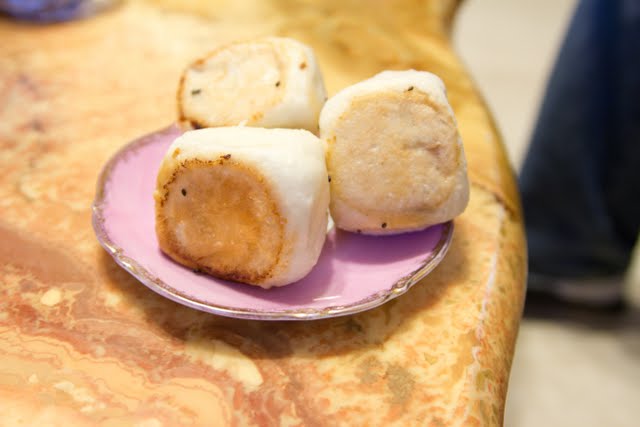 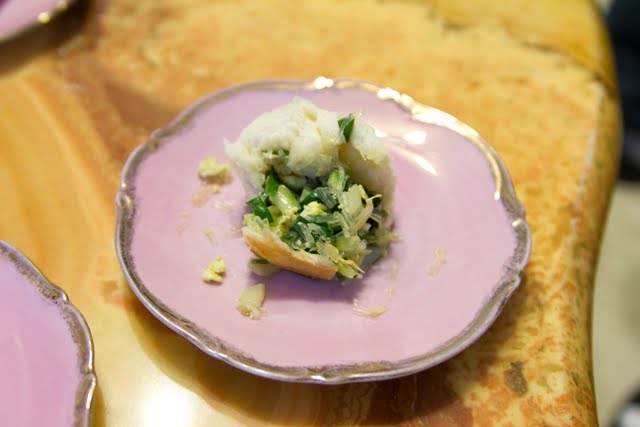 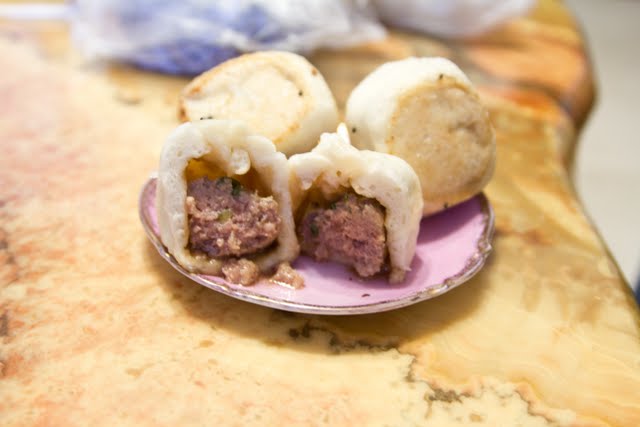 Oyster vermicelli. There is usually an option for oyster and an option for intestine. I prefer the intestine one. This vermicelli soup is one of my favorites. The soup is very starchy, so it’s almost stew-like. It usually consists of only a few pieces of either intestine or oyster, lots of thin vermicelli noodles and the soup. The soup broth has a lot of flavors, spicy, seafood, and others I can’t quite identify. 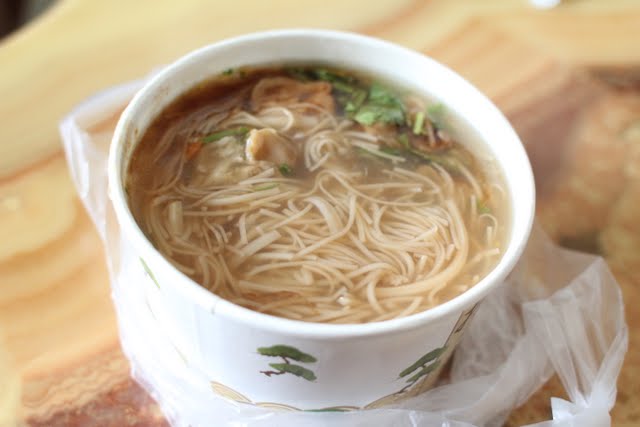 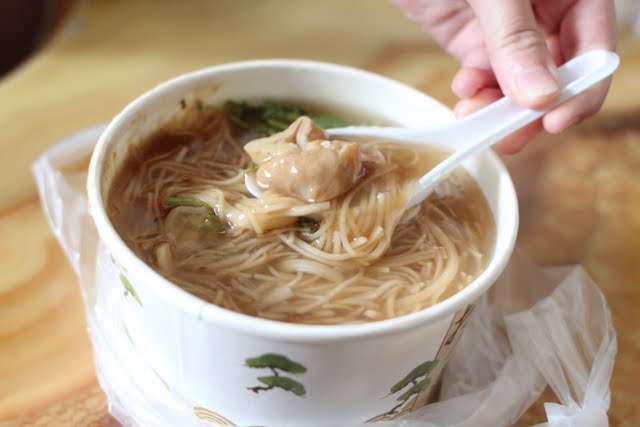 Meat noodle stew. A little simpler in taste. Like the vermicelli, the soup is very thick and almost stew-like.  It’s usually filled with pieces of pork, bamboo, carrots. No noodles but the thick broth makes it filling. 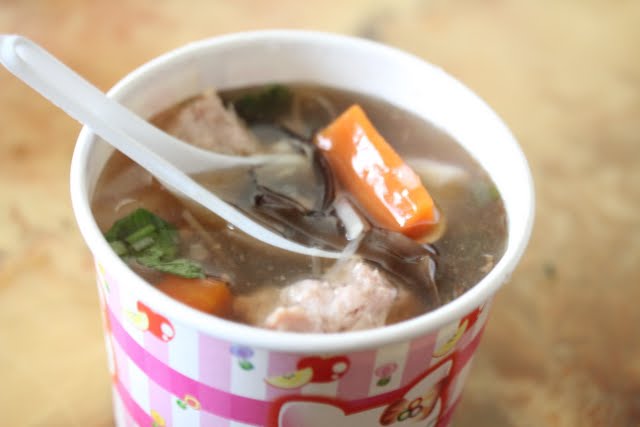 Taiwanese meat ball. The outside is a thick, clear chewy skin. Inside is a ball of ground meat and bamboo. It’s served with a sweet and savory sauce. Usually the ball is cut on the top so that you can break it open to eat it. 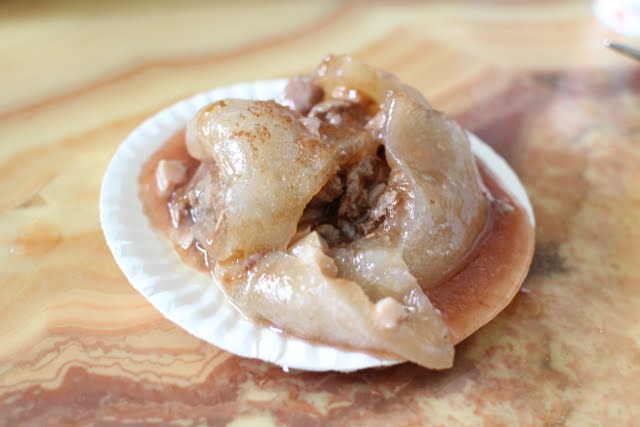 Yes, we actually ate all these things our first morning. And we repeated a few of the items during our trip. I love how cheap the street eats are and they what I miss the most when I’m craving Taiwanese food. Some Taiwanese restaurants here do make these dishes, but I usually find that they don’t taste nearly as good as the ones in Taiwan.